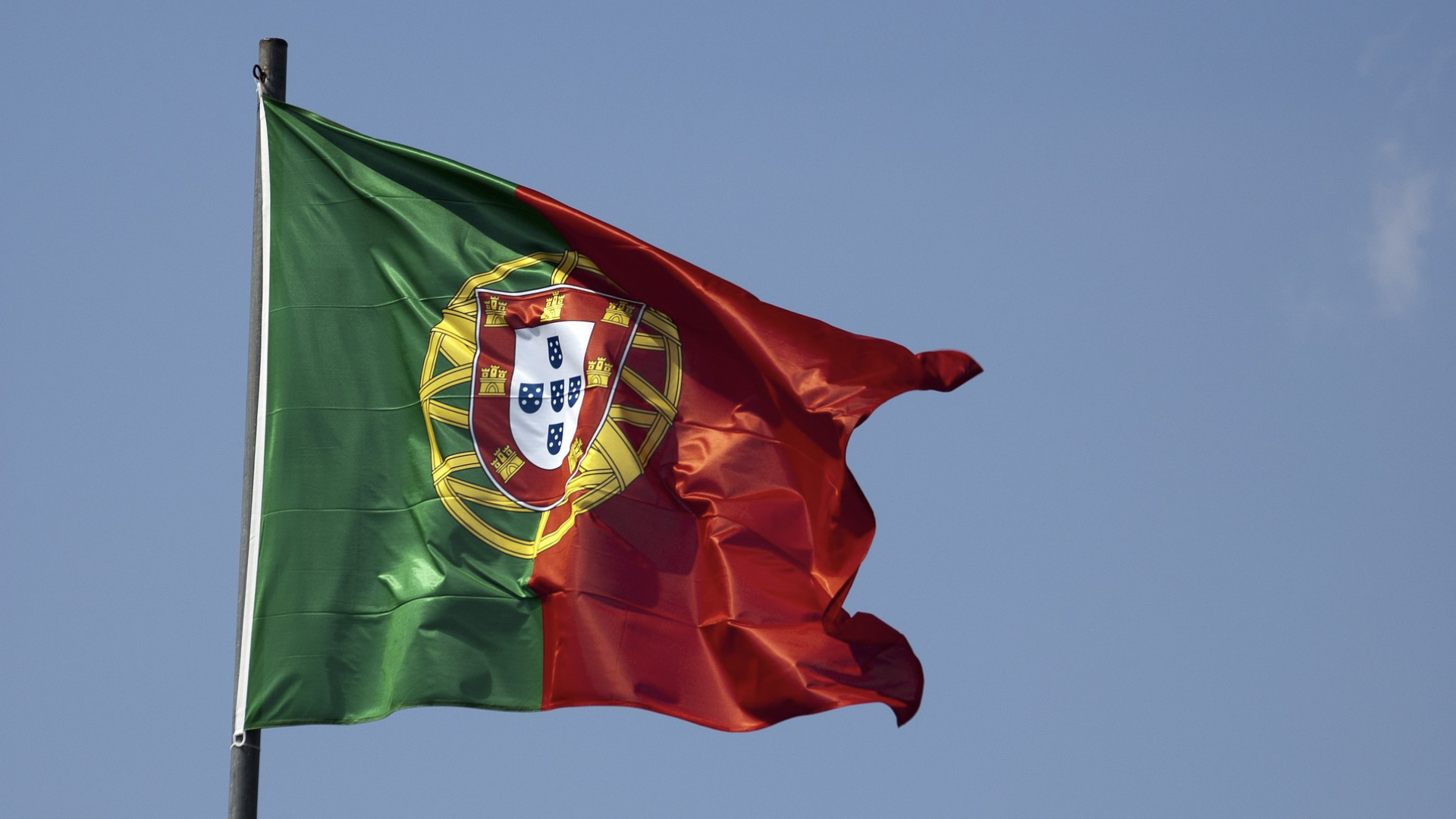 Gone are the days when Portugal was one of Europe’s overlooked destinations. The continent’s most colorful country – young, fun, energetic and vibrant – is increasingly appearing on all adventurers’ bucket lists. Forgotten for decades in the shadows of southern European giants such as France, Italy or Spain, Portugal began to gain more and more speed to take a well-deserved place among the most desirable destinations in Europe.

For this reason, I thought, what better way than to end my favorite series of articles “The Adventure of Being Portuguese“ than by creating a synopsis article and giving several reasons “Why to visit Portugal“!

Surprising as it may be to most people, Portugal is one of the main players in human history that has largely shaped the way the world looks today. That’s right, the 109th country by size, which was born in the city of Guimarães, was one of the richest and most affluent rulers on the planet. They ruled over large parts of South America, parts of Africa and even Asia. That is why they were prominent and true masters of trade, as well as often called “fathers of the great geographical discoveries“. Here I should add that it is not by chance that the so-called armillary sphere is still part of the national flag – an important navigation device for Portuguese sailors, symbolizing the age of the Great Geographical Discoveries. 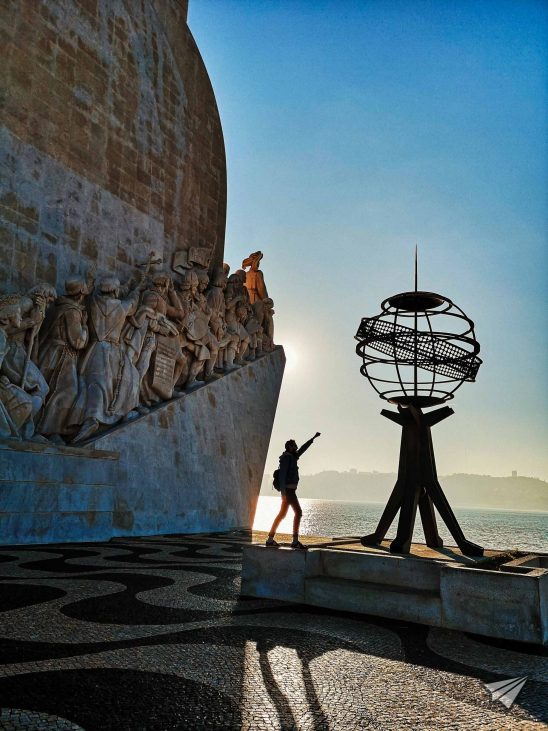 Most importantly, just as the world is in a constant process of development, Portugal does not lag behind. Once under the dark times of colonization, the Portuguese were the first Europeans to abolish slavery from their lands in 1761, which alone gave rise to admiration for progressiveness and a positive example of a more favorable and peaceful world.

However, I must mention that the Portuguese themselves have paid a high price for what they are today. One of the most brutal and quiet dictatorships in the world resided on their small territory – the Salazar dictatorship, which lasted for 36 years. It has been highly restrictive and oppressive on the inhabitants of the country.

Today, however, the Portuguese lead a different life – calm, pacifistic and full of enjoyment. Without abandoning their past and scars, they have preserved everything in their rich collection of museums, full of interesting and instructive artefacts and testament of the evolution of the state and population. 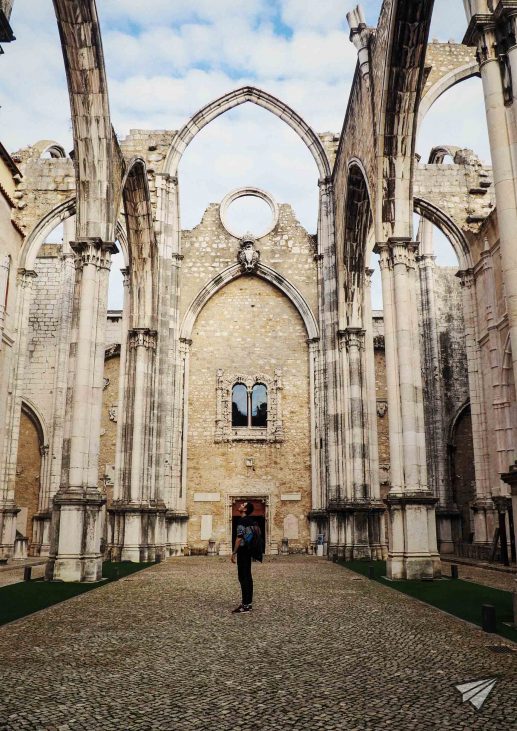 Because of the distinctive architectural designs and colorful azulejo in Portugal

I’m sure you’ve thought of a destination the second you hear or see something in particular. Well, this applies to Portugal in full force with the widespread tiles – azulejo.

Having the quite practical function of protecting buildings from humidity, they have become one of the most striking and distinctive features of the local architecture. These tiles can be seen on the most ordinary residential building as well as on the most sophisticated palace, public space or church. Each tile tells its own story, and each wall reveals a unique masterpiece. 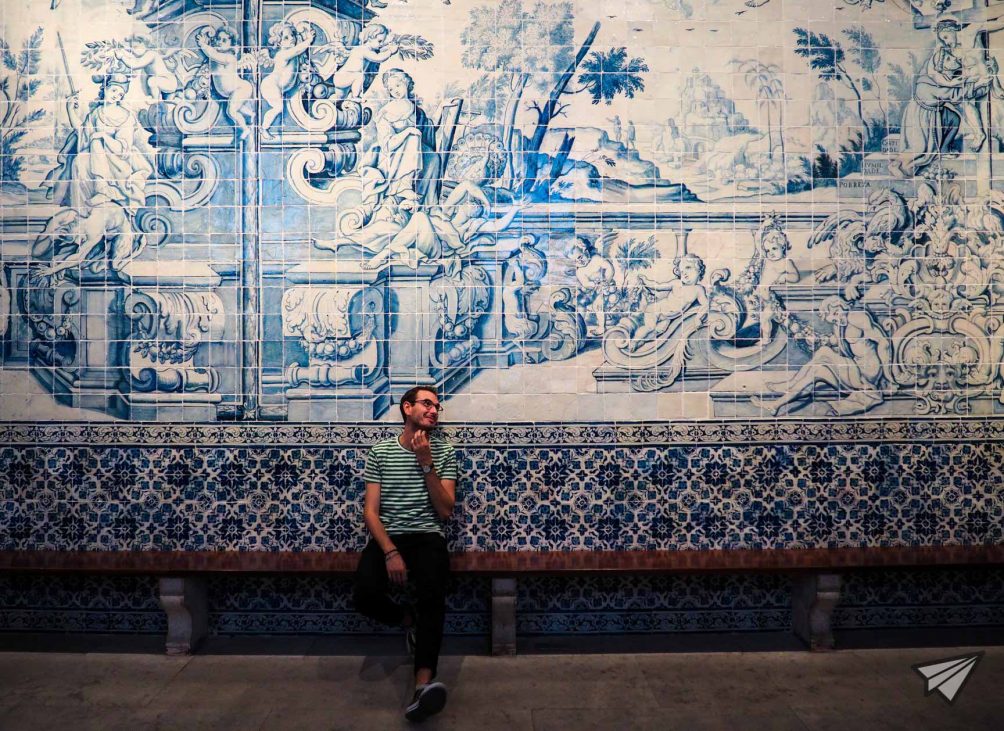 The history of this craft dates back to the XIII century, when the Moors invaded the Iberian Peninsula. The word azulejo comes from the Arabic language and means “small polished stone“. Over time, the Portuguese inherited this art, adding more colors to the tiles and thus becoming an irreplaceable mark of their culture.

Because of Portugal’s ancient and interesting origins

Portugal emerged as an independent country in 1143, and most impressively, its borders have remained the same to this day. This makes it one of the oldest countries in Europe. Fortunately, most of its history has been beautifully preserved.

This means that today you can wander through centuries-old castles and historic sites across the country. And good examples of this are:

Guimarães is the birthplace of Portugal’s first king;

Coimbra is home to one of the oldest universities in the world and the first in the country;

Óbidos is the best-preserved medieval city in the country;

Sintra has Pena Castle – the most visited tourist attraction in Portugal;

Braga is the most important religious center in the country, as well as having the largest number of sacred buildings, which impress with their rich ornaments and architecture;

Évora is the city with the largest and most impressive cathedral in the country;

Each of the above-listed places tells its own story, and taken together they show the rich diversity of culture, history and authenticity in Portugal to help you understand what makes the country so special and entice you to visit and learn more

Because of the special geographical location and climate of Portugal

Being at the edge of Europe or the world, as it was believed for a very long time in the past, Portugal’s location makes it an attractive tourist destination all year round. Due to its location on the Atlantic Ocean, the climate here is humid and warm. The country boasts sunny summers and mild winters. But apart from the seductive sunny weather, what attracts attention here are the nice and long stretches of sand.

In fact, the Portuguese coast is an almost continuous beach, stretching for more than 850 km and offering a variety of landscapes. You can choose between the rougher and cooler sea in the north like in Aveiro and the warm, calm waters in the south like in Cascais. There are large stretches of golden sand for those who love the vast horizon, as well as small bays with orange rocks for when you need a change of scenery. Many of the wide variety of beaches have first-class conditions and win world titles.

Because of the amazing islands in Portugal

Portugal is one of the few European countries that can offer you a tropical experience at your fingertips, in its two autonomous territories – the Azores and Madeira. They offer you  the opportunity to immerse yourself in the island lifestyle, where time stops and life acquires another, more exciting rhythm.

But here are some more specific reasons why these two destinations should be in your plans: 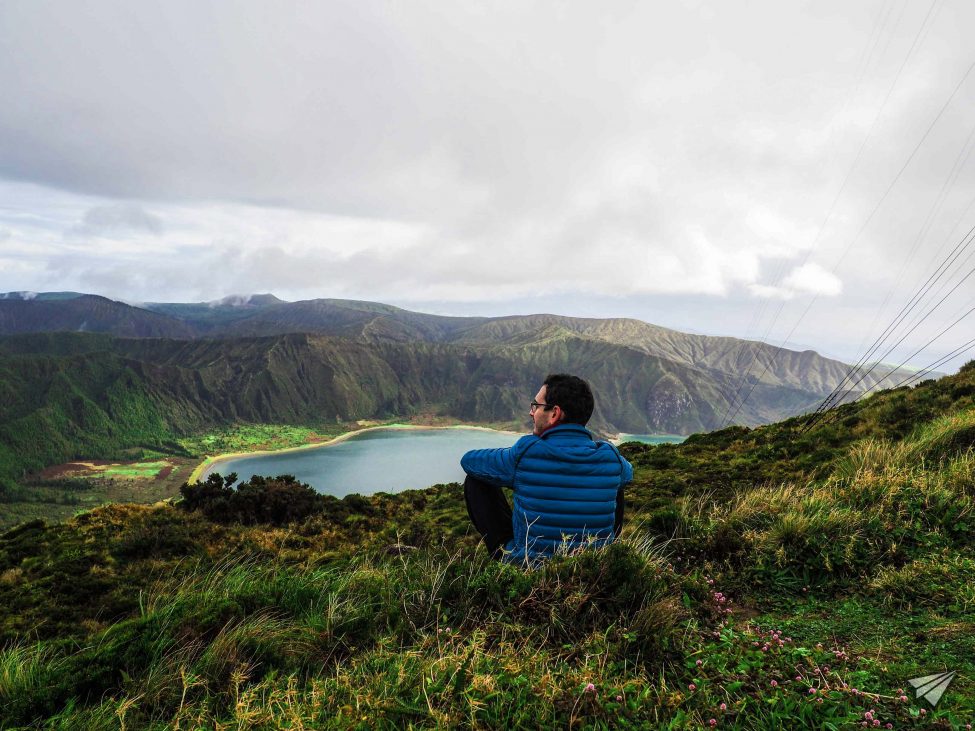 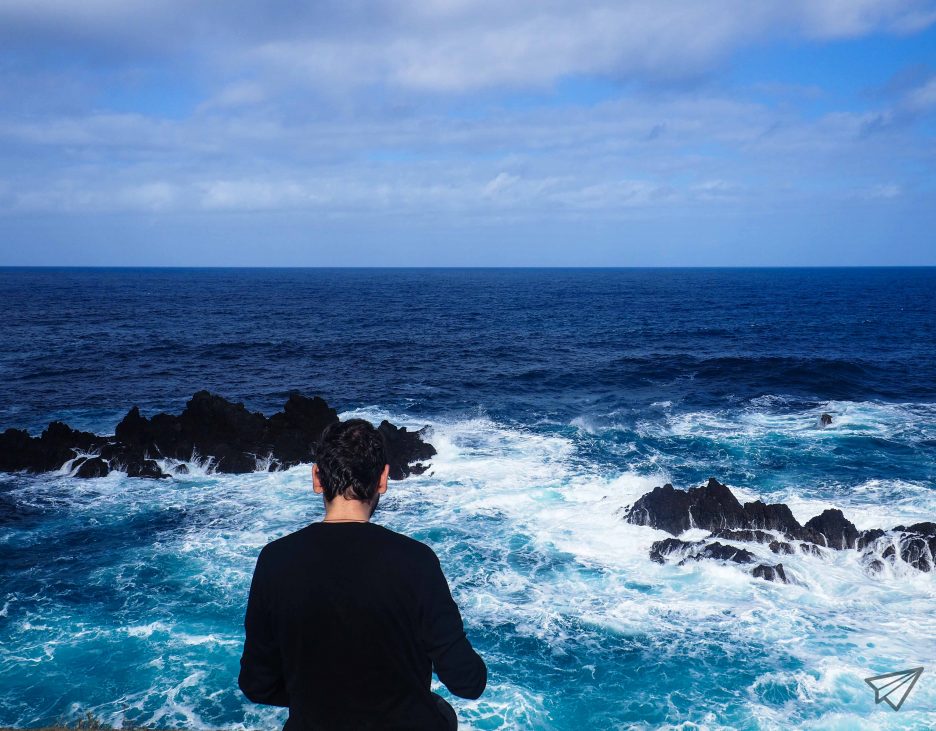 Because of Portuguese cuisine

Some will say it’s just a custard dessert, I call it a heavenly temptation: Pastéis de Nata! The Portuguese certainly have mastered the art of making sweets, I’ve become quite certain of that (judging by the amount I ate while living there). Combine the delicious pastry with coffee and preferably a nice view (any point in Lisbon – the possibilities are endless) and you’ll find it’s the most perfect way to start your day in Portugal!

For the ultimate upgrade to Pastéis de Nata, you must try Pastéis de Belém! They can only be found in the Belém district of Lisbon, and you’ll certainly know what I’m talking about when you get there and see the queue at the most famous shop selling Pastéis de Belém. 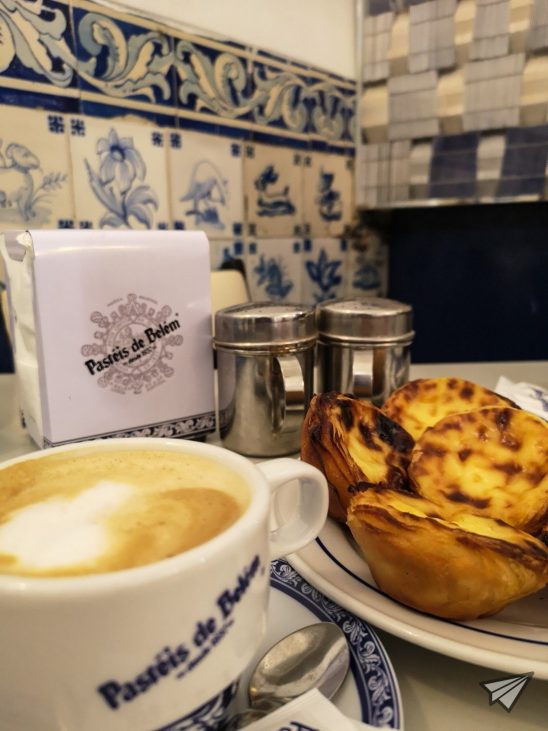 The truth is that I could talk endlessly about Portugal, but it is a magic that must be experienced in person. Because no one can in any way convey the emotion that hovers here, it wouldn’t be Portuguese if it wasn’t wrapped in that famous and sweet saudade – a word that has no direct translation, but can simply be said as something wrapped in a lot of strong emotions with a hint of nostalgia.

I want to end with the following words: a person’s home is not where he was born or raised, but where he feels happy, true and free, where the heart and mind are one. This home for me is Portugal and every time I talk, think or write about it, I do it with a smile on my face and a fire in my eyes, because for me it is not just another destination, but my spiritual home.

The adventure of being a Portuguese #Lisbon 5 Lisbon is one of those destinations that never stops to surprise you...