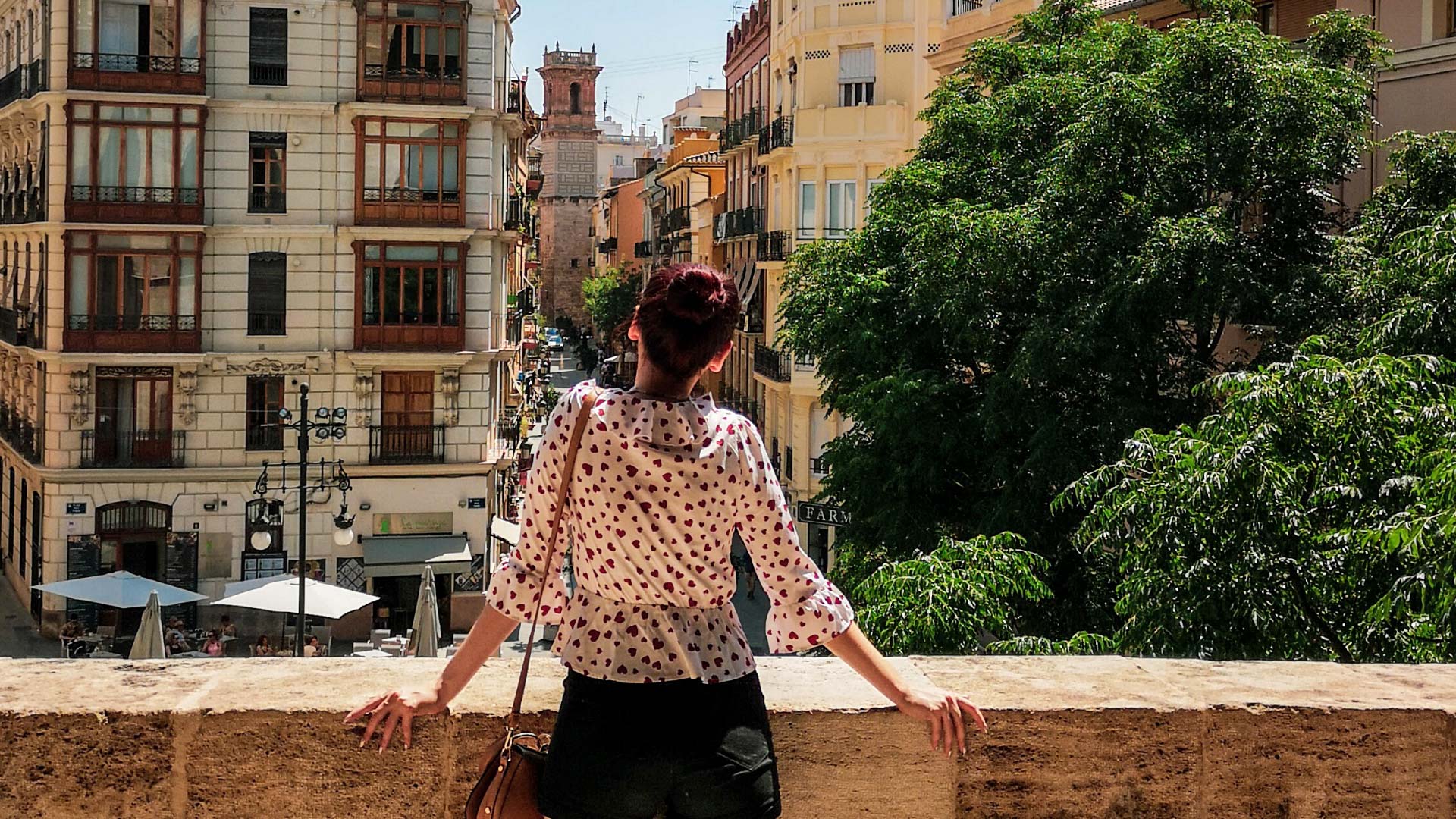 On Valencia and 250ml beers

Imagine this – you are taking a stroll down the beach, surrounded by palm trees, the scent of salt water and fried fish is in the air, and the weather is so hot that you can’t even finish your beer before it warms up. This is the reason behind the 250ml beer bottles in Valencia. You realise the meaning behind the existence of siestas – the scorching sun tires you so much that an afternoon nap is mandatory.

In the middle of 20th century, the relationship between Valcia and the Turia river is changed forever, when the ¾ of the city is under water after a devastating flood. The year after that the city decides to ‘move’ the river and thus gives the beginning of the incredible Gardens of Turia park, which resides in what once was a riverbed.

In the northern part of the park is Bioparc Valencia, famous for immersing visitors into the animals’ habitat, instead of vice versa. You will walk through many sports grounds, bike lanes, restaurant. You will also see the city opera, Palau de la Musica and after a 9km walk, you will end up at the City of Arts and Sciences (Ciudad de las Artes y las Ciencias).

The City of Arts and Sciences is a scientific and cultural complex, the most important modern tourist destination in Valencia and one of the 12 treasures of Spain. It isn’t a coincidence that it is called ‘a city’ – you can spend a full day in here.

If you stand at Pont de Montolivet, you will see that the buildings, together with Pont de l’Assut de l’Or (which is also the highest point of Valcia – the whopping 125m), form a giant fish just above the water.

Here you will find the biggest oceanographic museum in Europe. With over 500 types of marine life, including dolphings, belugas, penguins and sharks, the museum is separated in 7 different marine environments – Mediterranean, the polar oceans, the Arctic, the islands, the tropical seas, the temperate seas and the Red Sea. The best part about this is that you can not only see incredible types of animals in their natural habitat (for example you can see how seals eat or how penguins meet their physiological needs), whenever you get a little too tired from the sun, you can always move to a colder climate.

The long, rectangular building, which is the body of the fish, is the Interactive Science museum ‘Prince Felipe’. You will find many fun and educational exhibits, suitable for people of all ages. If you don’t feel like going in – you can take advantage of a little architectural game. Stand with a friend both ends of the curved wall of the building – the wall is going to work as a phoneline and you will be able to talk with your friend, while being 80m apart.

The Hemispheric is the first building of the complex and is a unique cinema. Also known as ‘the eye of the city’, this is an audio-visual space featuring an IMAX cinema and planetarium.

You will also find a Botanical garden, which is an open-air space, where you can see different types of greenery, specific for the Mediterranean area. In the summer months it also turns into an open-air bar and disco.

Valencia is one of the oldest cities in Valencia – founded over 2100 years ago, nowadays it has kept its ancient spirit but blends it with the modern way of living.

Also known as the Gates of Valencia, the Serrano Towers are the biggest Gothic gates in all of Europe. Built at the end of 14th century, this used to be the beginning of the city. When you go up the towers, you will be able to see the Quart Towers, which were the other end of the city, and you will be able to have a feel of how big the city used to be a few centuries ago. If you go to the Quart Towers, you will see on them the scars from cannon balls from the beginning of 19th century, then the towers played an important role to stop the Napoleonic troops from entering the city.

The low buildings in Valencia gives off a feeling of broadness in an overpopulated city. Over 2.5mln people live in a city of just 134km2. Valencia brings the spirit of vacation and happiness, with its narrow streets dotted with orange and tangerine trees. In the narrow streets you will find real treasures – from opulent Gothic buildings, through graffiti-filled walls to secret churches.

For such a small city, Valencia is an absolute experience. You should be prepared that not many people know English and talking to people happens through a lot of hand gestures and smiling. But the smiling is so much, that your face hurts from happiness.

The adventure of being a Portuguese #Madeira 1 Right here, in the eastern Atlantic, is the Portuguese island that...