Walk around Toulouse – the pink city

To get to know France better you have to go outside Paris. This is a mandatory rule and advice that every Francophone will give you. I will also not miss saying it. Whether you choose to go to Île-de-France, Nouvelle-Aquitaine, Provence & the Côte d’Azur, each French region offers a certain spirit, history, culture, and its philosophy of life that will make you sing “La vie en rose”.

Only four hours by train from the French capital or two hours from Bordeaux (from where we traveled) is the administrative center of the Occitanie region – the city of Toulouse. Mostly known as the student city, the third most important after Paris and Lyon, it attracts students from all over the world with a university tradition that dates back to the 13th century when the University of Toulouse was founded. 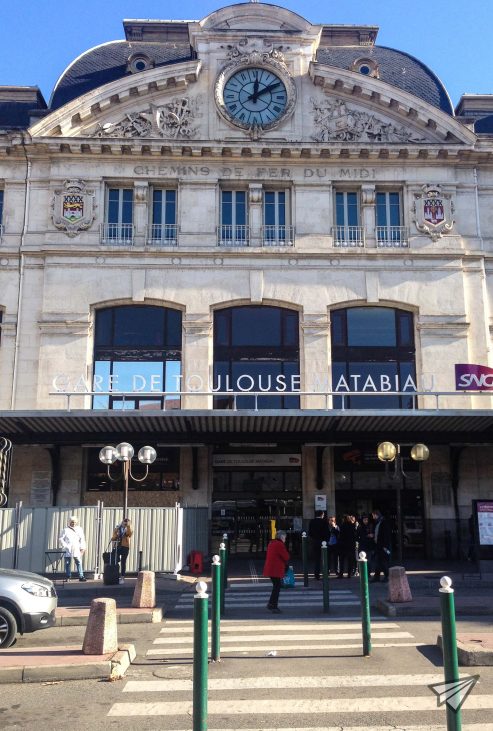 From the very first steps around the city, you can see the color of the buildings, which are in perfect synchronization with the environment. It’s with the colors of the buildings and roofs that Toulouse is known as the Pink City. 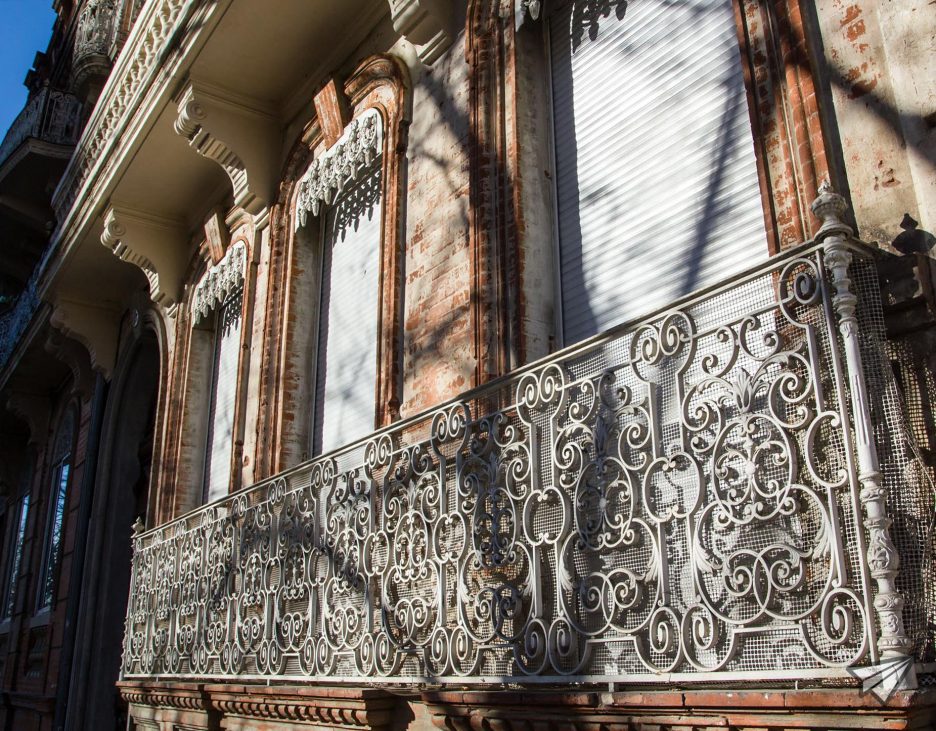 The city was built on the Garonne River, one of the biggest and most important rivers in France, and along its course also passes through Spain and flows into the Atlantic Ocean. Two other natural water facilities immediately attracted us – the Canal du Midi and the Canal de Brienne. Water is our element and its proximity always makes us happy. The walk around the river and the Toulouse canals is invigorating and presents the city in a magical light. There is also an organized cruise through the canal, so everyone can decide whatever to take the boats or to walk on foot. Keep in mind that Toulouse is a city that can be easily explored while walking and enjoying the French sky.

Toulouse owns impressive markets (one of them is Victor Hugo), French cuisine is known to everyone and it certainly makes no sense to talk about the aromatic wines, the thousands of varieties of cheese, the grapes aroma, the crispy baguettes, and the multilayered croissants. Toulouse is a vibrant place with crowded streets, which, however, leaves you enough space for breathing some fresh air and to see beyond the crowds. The city has charming neighborhoods, enriching museums, many fashion shops (it’s also considered as a fashion hub, with its local brands), historic sites, and churches, which captivates anyone who has chosen to visit the French city. 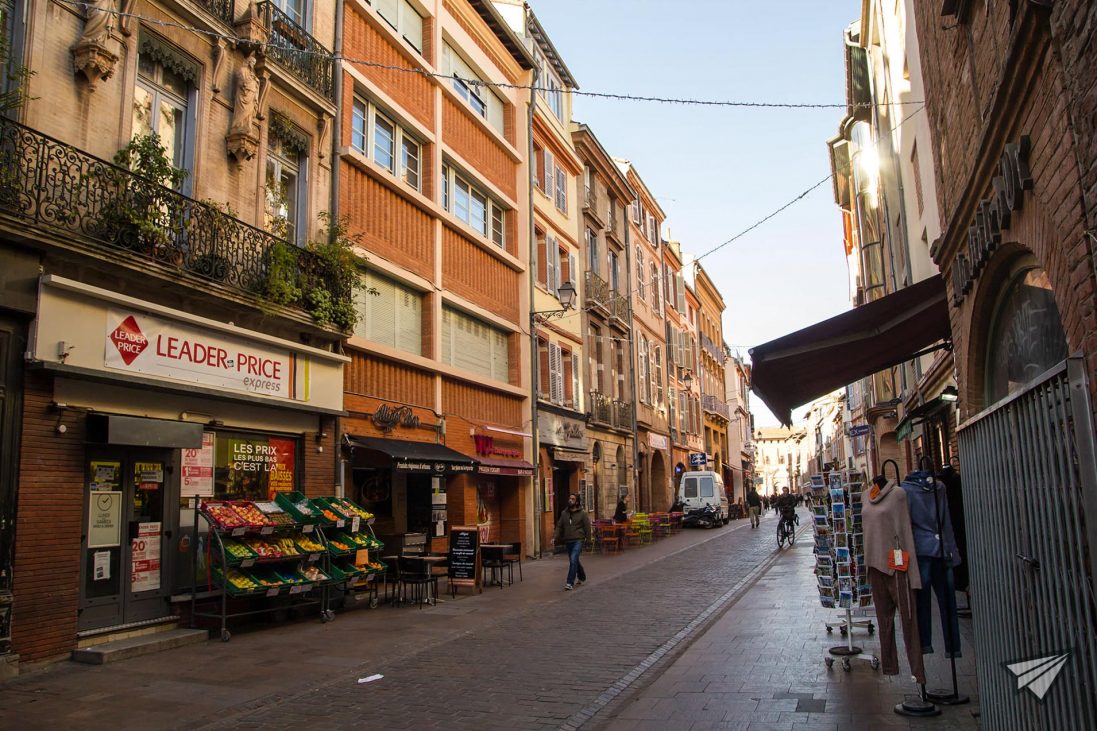 The first place in our itinerary was the Central Square and the Capitole de Toulouse. It was autumn and the whole square had been turned into a bazaar/flea market offering all kinds of French delicacies. The Capitole building is one of the important landmarks with its impressive neoclassical architecture and now it houses the Municipality and the Theater of Toulouse. 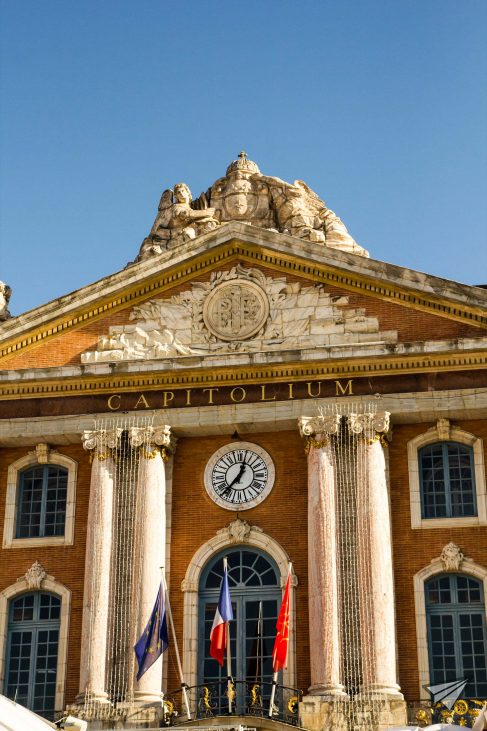 From there we immersed ourselves in the streets that revealed the remarkable history of Toulouse.

Basilique Saint-Sernin de Toulouse – a massive building with breathtaking Romanesque architecture which was very popular in the XI century. Its construction began in the XI century and it was completed in the XII century. It’s inscribed on the UNESCO list of cultural and historical heritage and it is part of the pilgrimage route Santiago de Compostela. 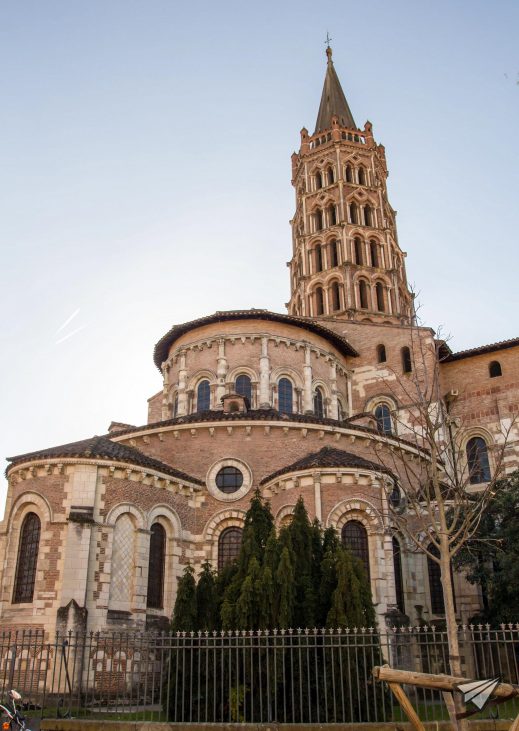 The Jacobin Monastery (or Couvent des Jacobins) is another stop of our walk. This place hides a beautiful courtyard, a popular architectural decision that keeps away the noise and surrounds you with peace. Almost every huge building in Toulouse has such a secret in its heart.

For people who want to immerse themselves in the world art and culture, here is the museum and gallery paradise (probably like every French city). Museum life is part of the city with many institutions that preserve the historical heritage over the centuries. Art is everywhere here, even on the walls, so be sure to look up – you can find impressive murals. The Muséum de Toulouse, The Musée Saint-Raymond, Toulouse archaeological museum, Les Abattoirs – Museum of Modern and Contemporary Art, and many others. 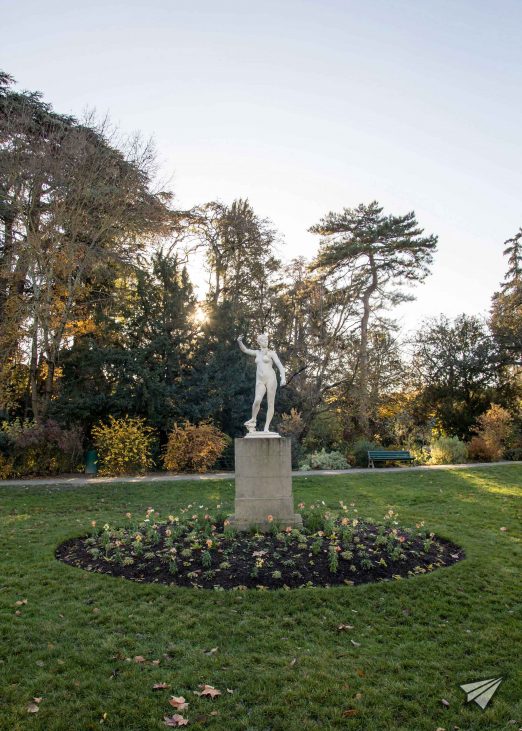 A little bit tired, it is time to take a strong espresso and a butter croissant and to sit on the riverside while watching the New Bridge (Pont Neuf), which is the oldest one in the city. This is a place that locals choose for their daily activities – jogging, relaxing, drinking coffee, and taking a break. Because no one can get tired of this view. Wherever we go across the river it is like one particular building is chasing us – the Dome, which can often be seen in photos of the city. It is part of the old hospital built in the XII century and hosting most of the plague victims. In the last couple of years, the place is closed for visitors because the plan is to become an exhibition hall. But from the outside is still magnificent.

The short story about Toulouse does not end here, I am sure you will create your own. I hope you enjoy it!