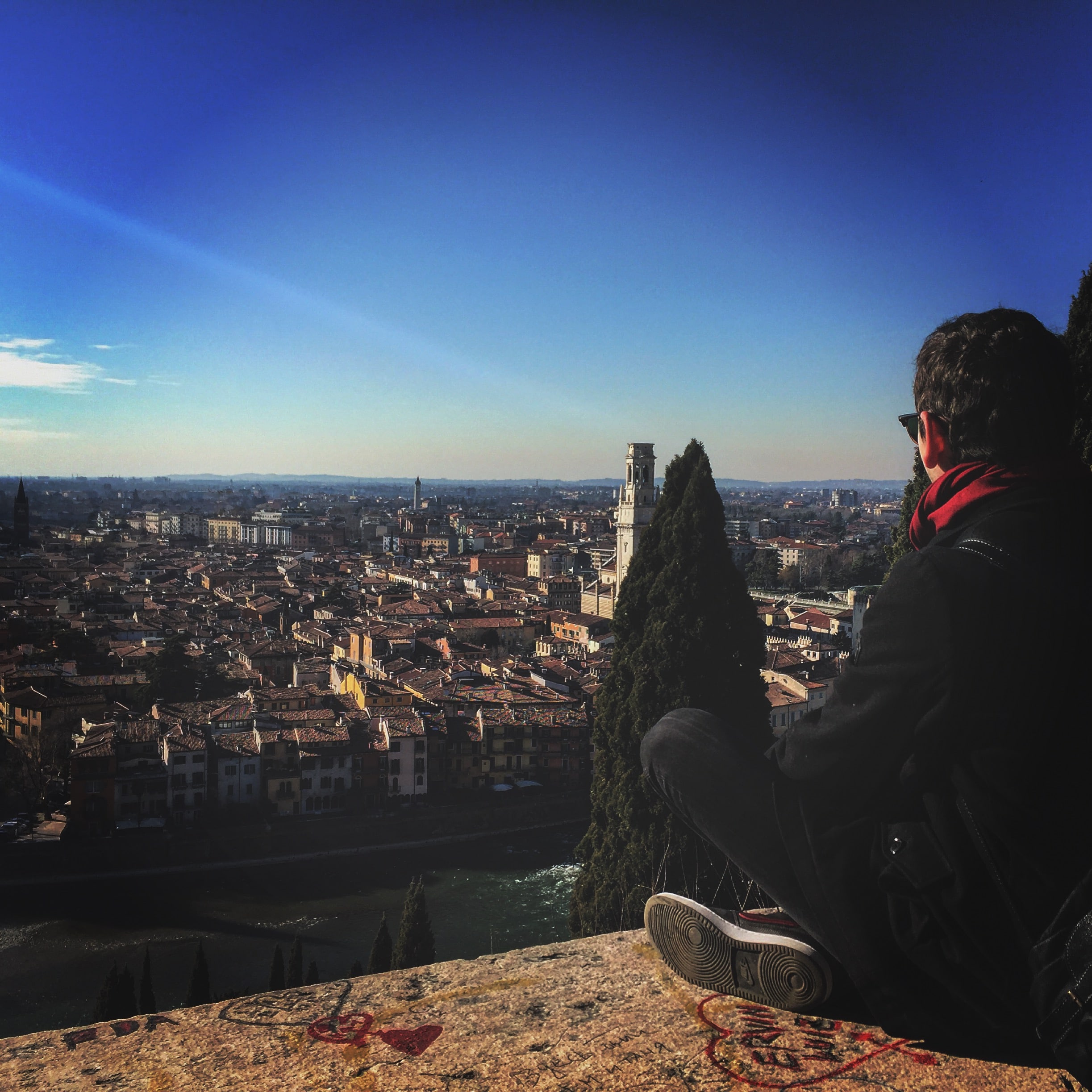 Today’s stop is in the city of lovers – Verona. It is located in northern Italy, in the Veneto region, and was founded in the 4th century BC. The city passes through many possessions, initially belonging to the Roman Empire, and after its collapse exists as an independent city republic. It was originally under the rule of the Sculgeri family, but later joined the Venetian Republic. All these events are the main reason for the rich cultural heritage of the city.

My first stop in the city, of course, was one of the symbols of Verona – Arena di Verona. 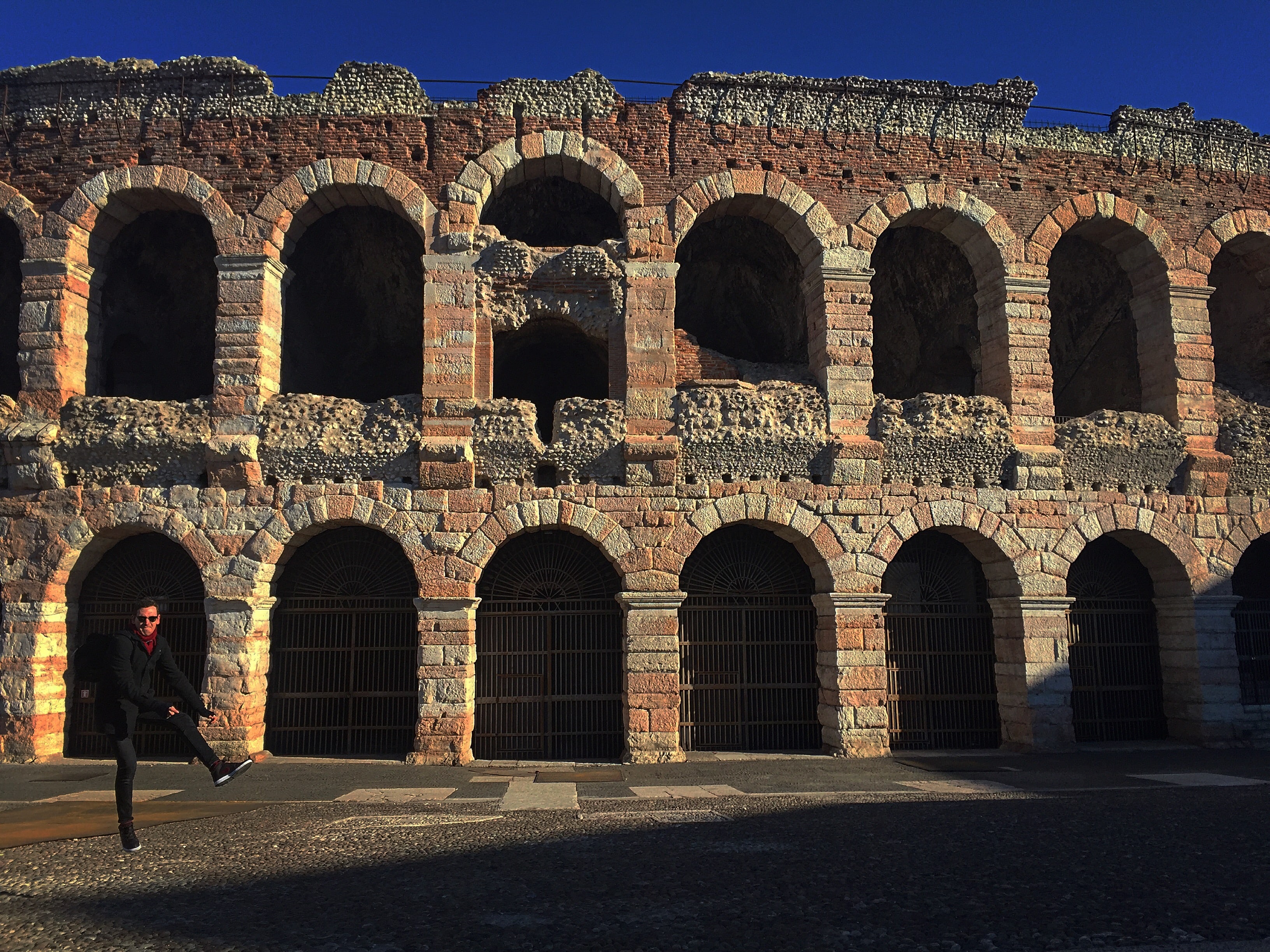 The picturesque amphitheatre was built in the 1st century, for gladiatorial battles. The capacity of the arena is up to 20,000 people. It is still one of the largest arenas in Italy and Europe. The structure itself has suffered several destructions over time, with the greatest damage being done in the 12th century when a major earthquake struck the city.

Subsequently, this leads to the plundering of the destroyed materials. But everything changes direction when the Venetians come into force. During the Renaissance they set out to renovate the arena, the ultimate goal was to become a performance space. This tradition has been established to such an extent that in Verona in 1913, on the occasion of the birthday of Giuseppe Verdi, the opening of the Opera Festival took place. 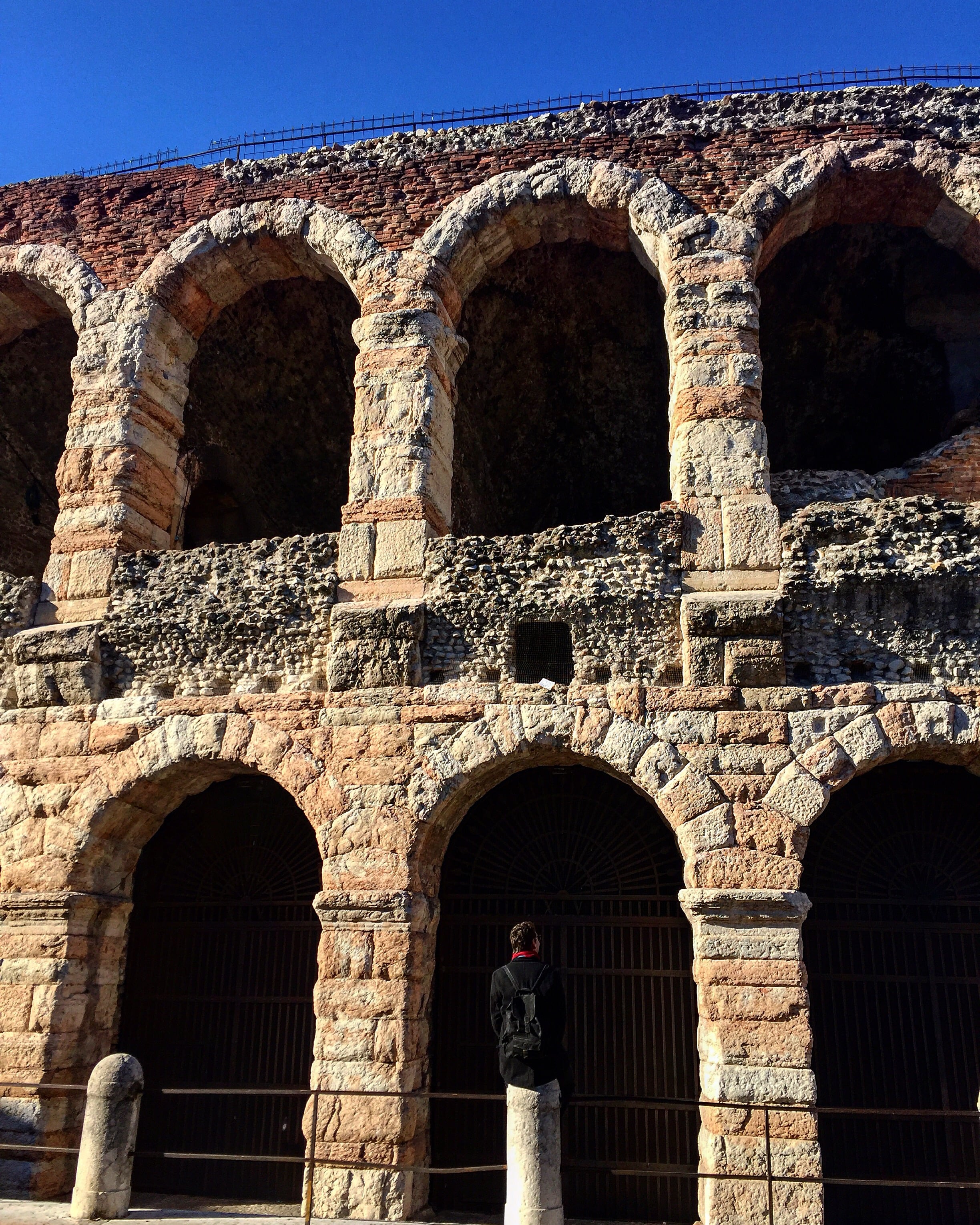 After that I headed to the most popular place in the city – the house of Juliet. 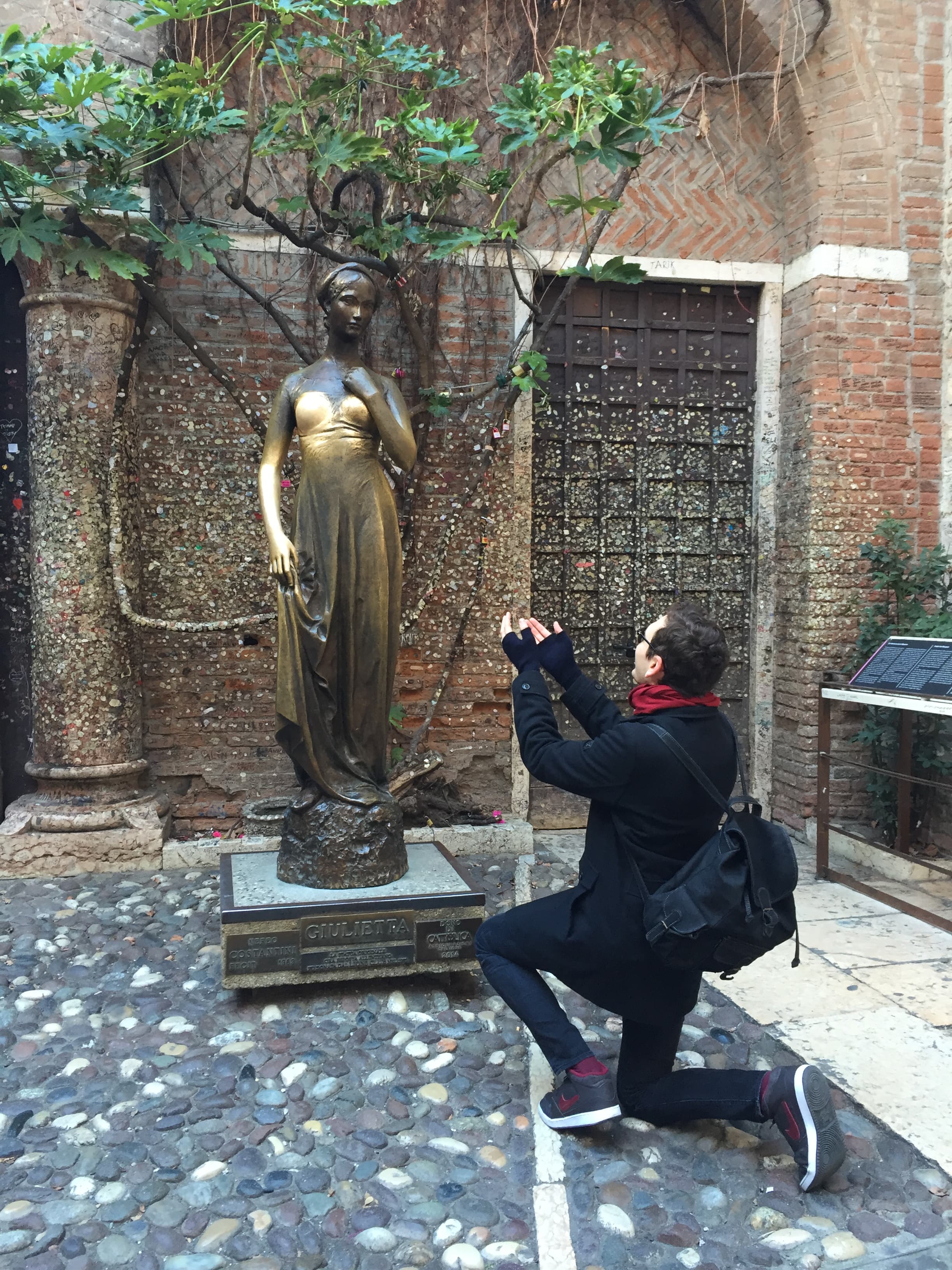 For my best luck I enjoyed a moment in which there was no one and I managed to experience maximum of the place. The house was built in the 13th century and is entirely in Gothic style, and it is curious to note that the balcony was later built in the 20th century. In the garden of the house you can find a bronze statue of Juliet.

The place gains global popularity, thanks to Shakespeare’s plays for the loving couple of Romeo and Juliet. Thankfully, the place does not bring with it the drama of the play, but on the contrary, it only embodies the warm feelings acquired by the thousands of couples who visit this place every day. The house can be explored in exchange of entrance fee which contains an exhibition of clothes and other items. The most exciting moment for every girl in love is to go up on the balcony and show off Juliet’s balcony with the idea of ​​finding her Romeo in the crowd.

Useful information:
Work time:
Monday: 13:30 to 19:30
Tuesday to Sunday: 8:30 to 19:30;
Entrance Ticket Prices:
Normal ticket: EUR 6;
Reduced ticket: EUR 4.50 is valid for students, pensioners and a group of at least 20 people;
The legend says that whoever touches Juliet’s statue right breast will be struck by luck in love; 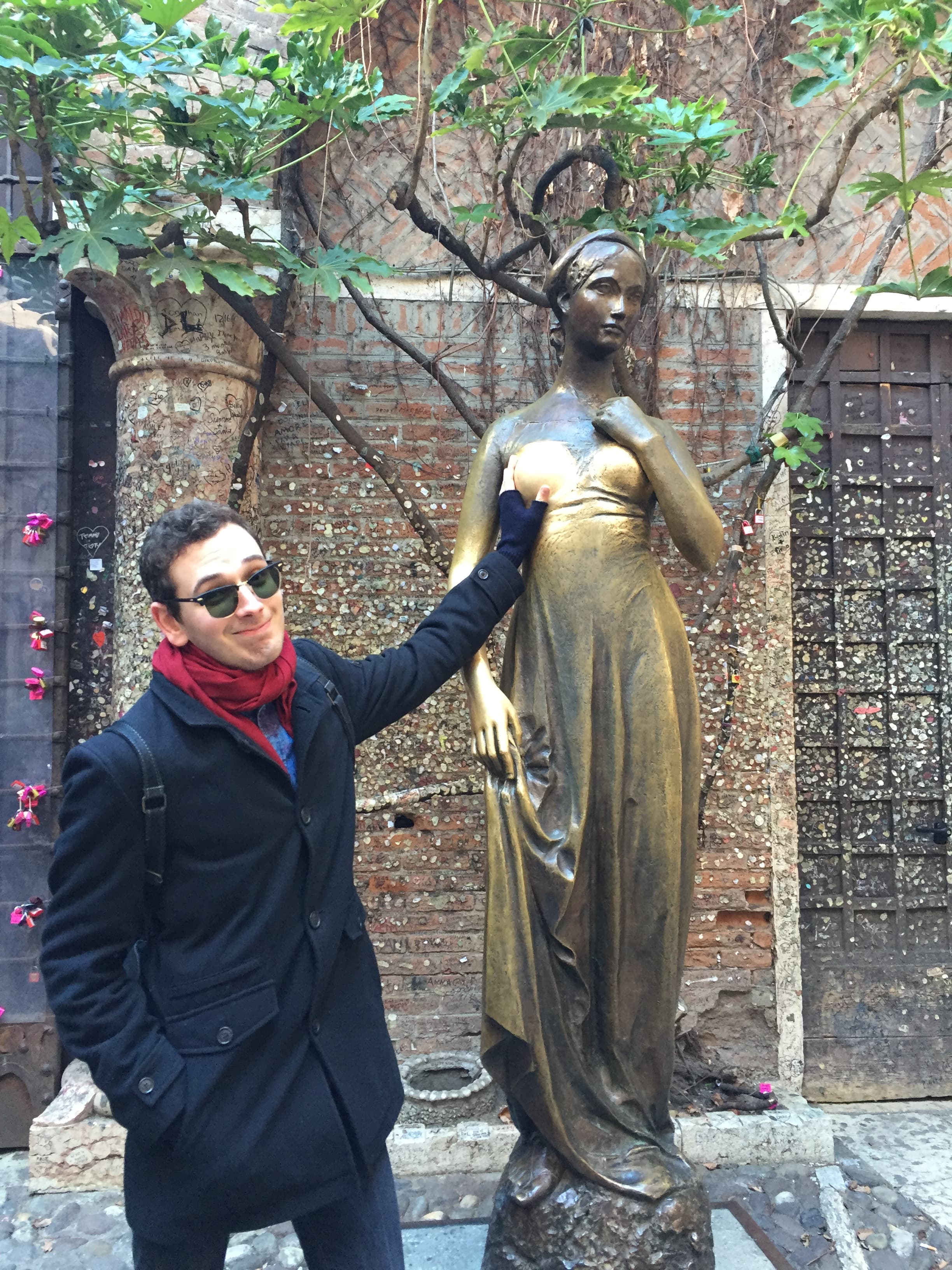 My next stop was Square Erbe and the medieval tower of Lamberti. 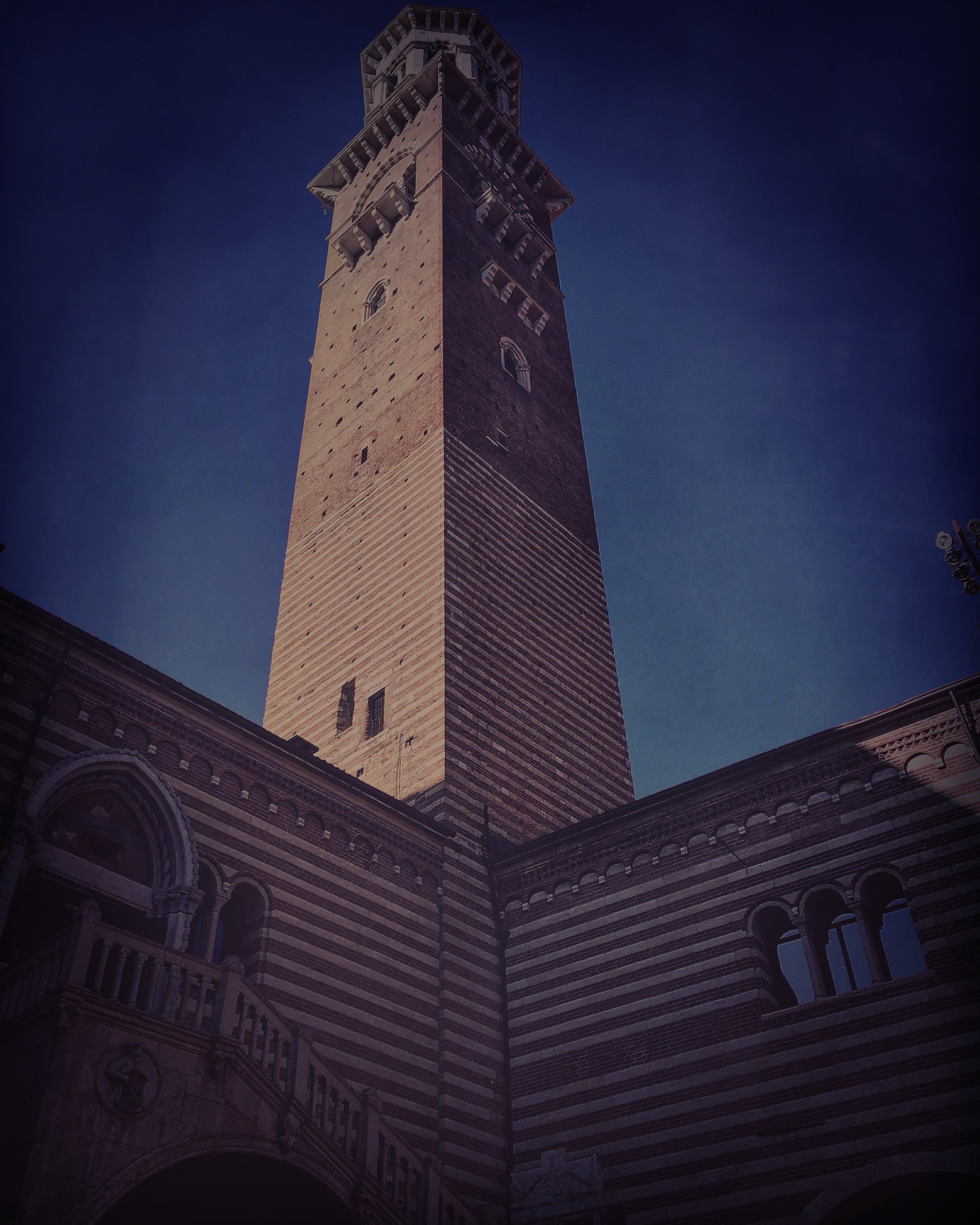 It is no coincidence that this place took the heart of the city, establishing it as a social, economic and political center. The oldest monument on the square is the fountain of the Vronova Madonna, built by the Romans in 380. The Lamberti Tower is 83 meters high and the construction began 1172 years and was completed by 1463. 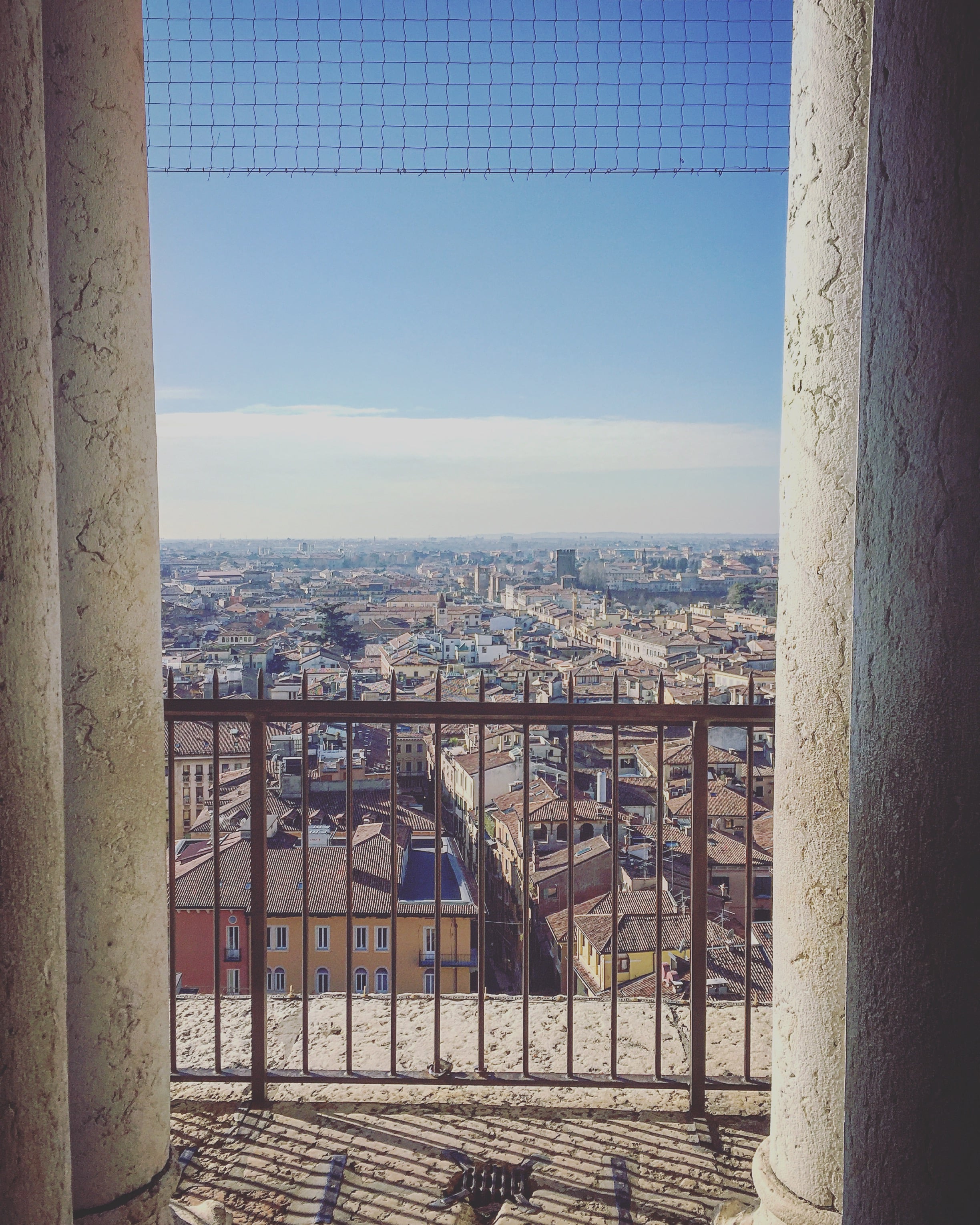 It has been upgraded several times and different materials are used that can be seen clearly on the facade. 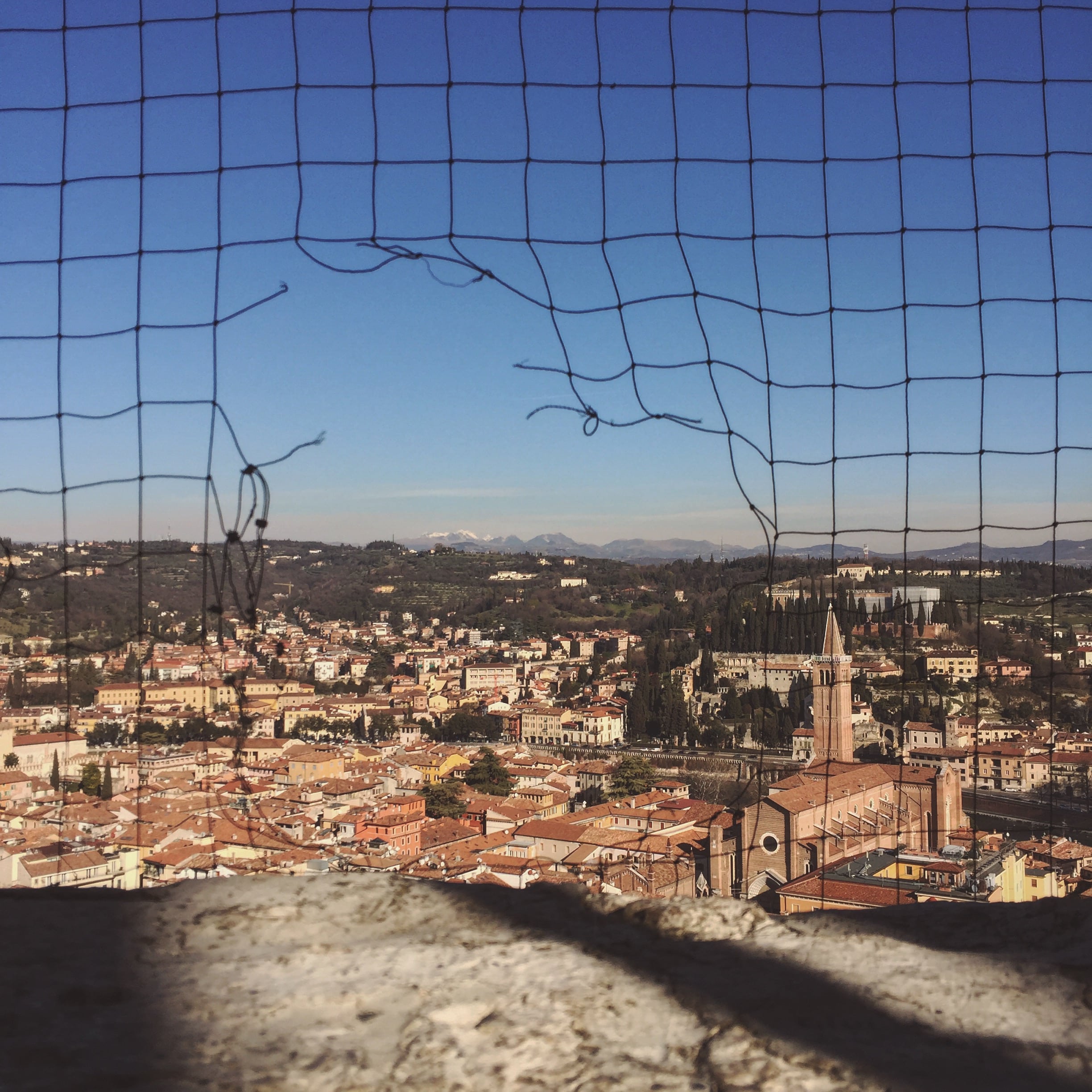 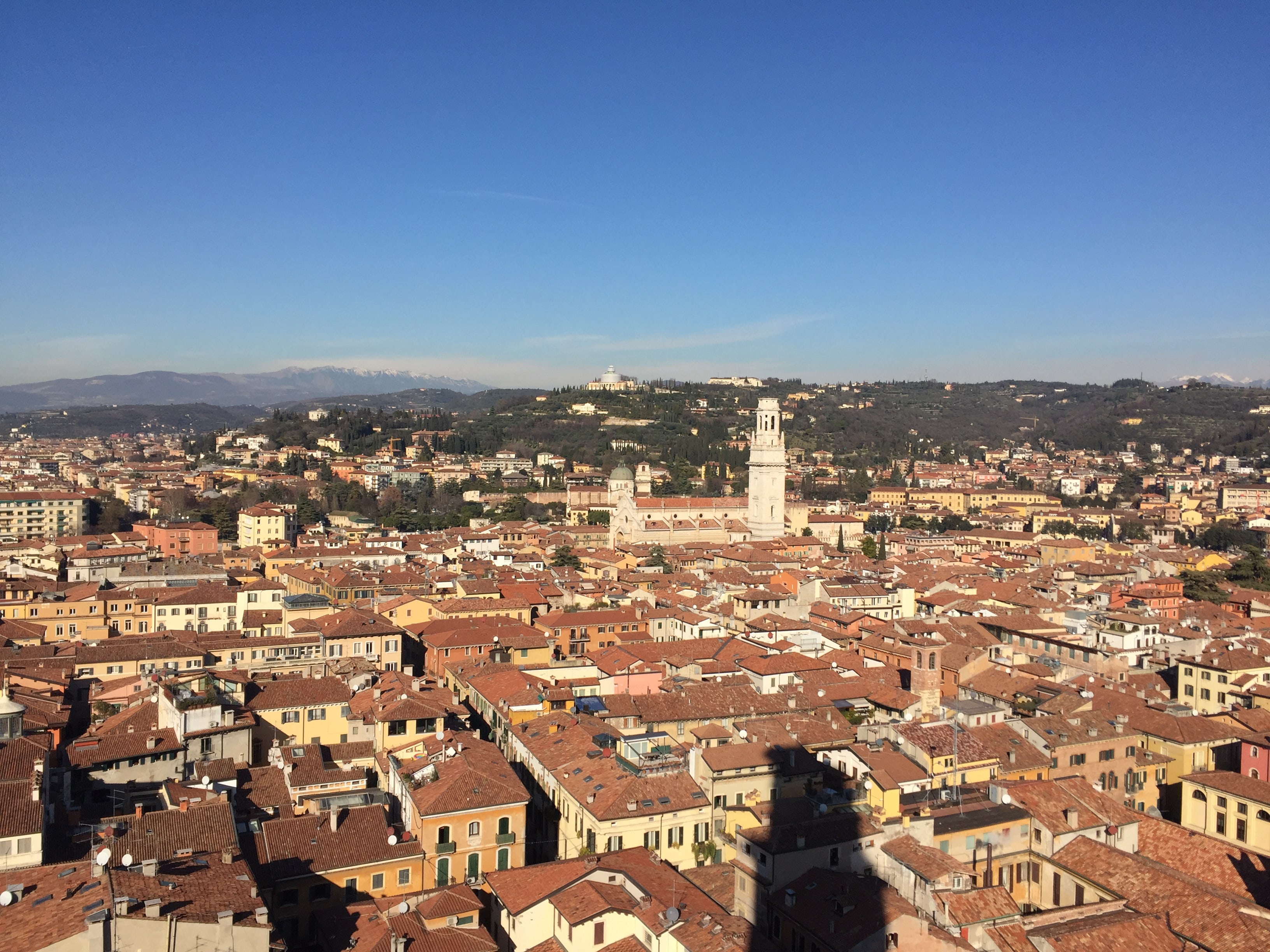 Useful information:
Work time:
Every day: from 11:00 to 19:00 (checkout closes at 18:15);
Ticket: EUR 5;
It is worthwhile to climb to this tower because it opens up a wide panorama over Verona. It is the tallest building in the city;
The tower has an elevator;

A bonus place to take a panoramic picture, similar to the Michelangelo piazza composition in Florence: you can go to the panoramic esplanade of San Pietro Castle. 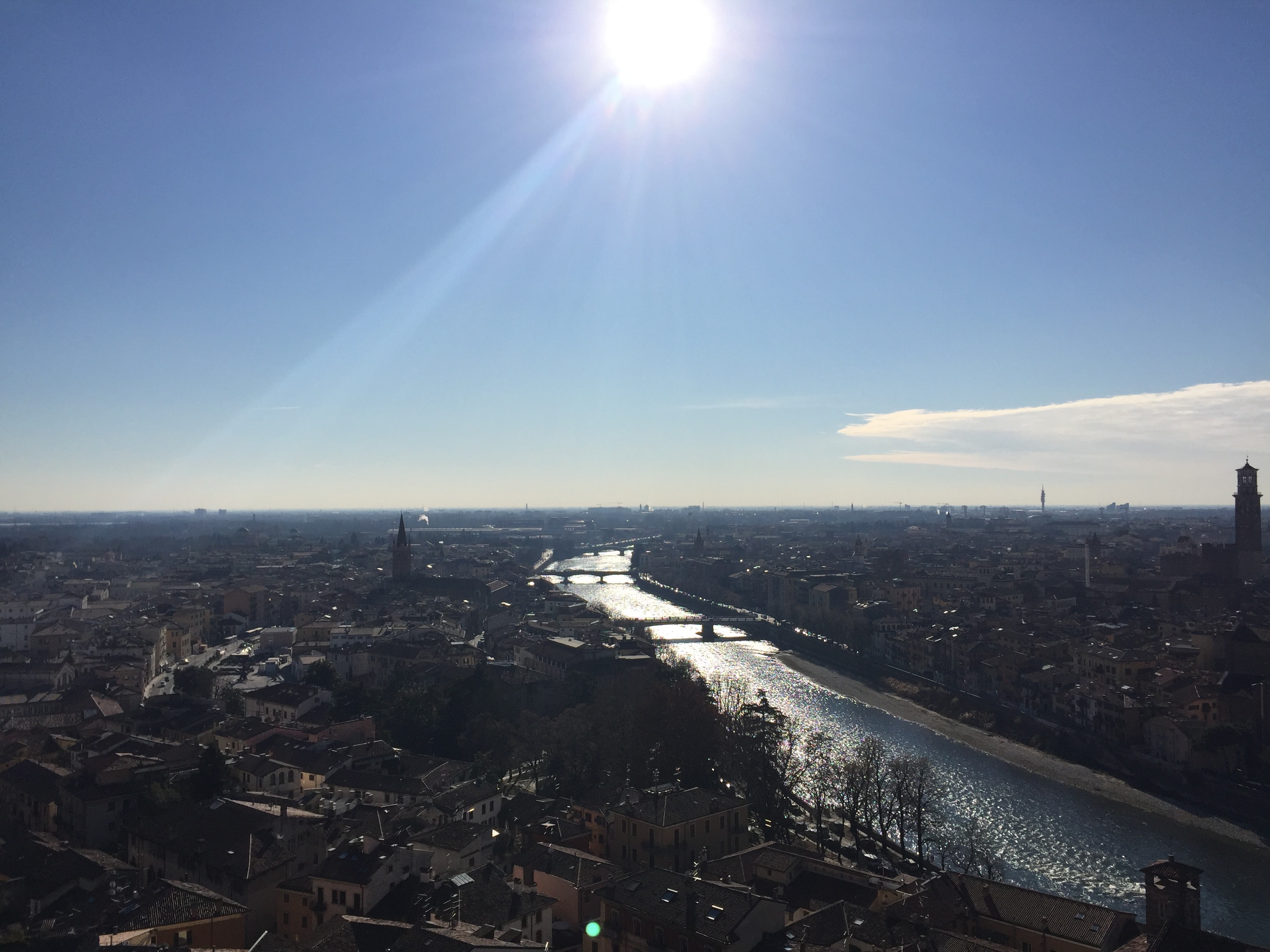 The happiness to be an Italian #Venice Lost in VeniceSt Mark’s SquareSaint Mark’s bell towerBasilica of...