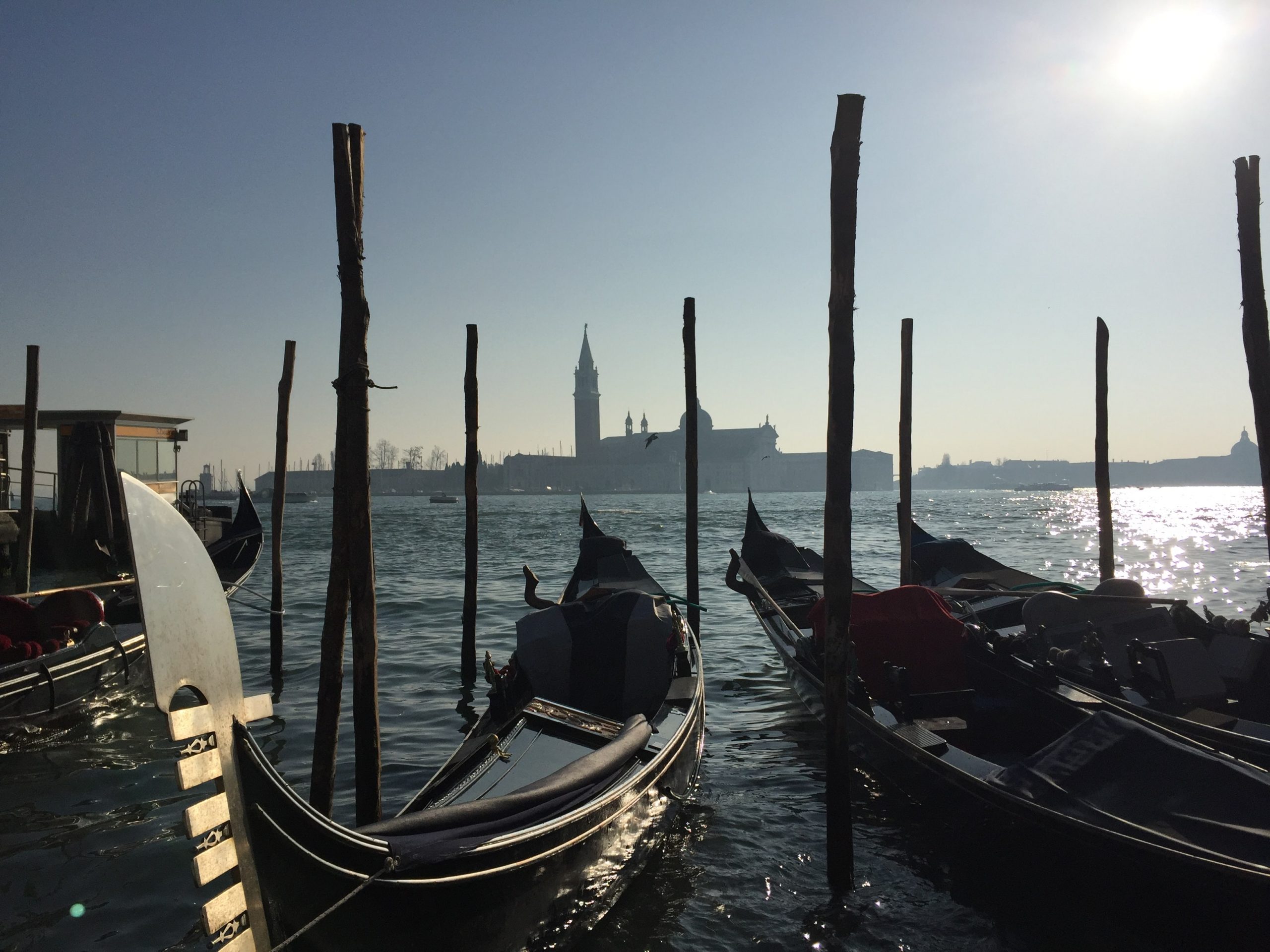 For some Venice is just the district center of Veneto, for others – a tourist destination, and for me – another city-masterpiece, which gifted me with unforgettable memories and valuable cultural knowledge. So I’m just going to say that Venice is one of those places to visit at least once in a lifetime. 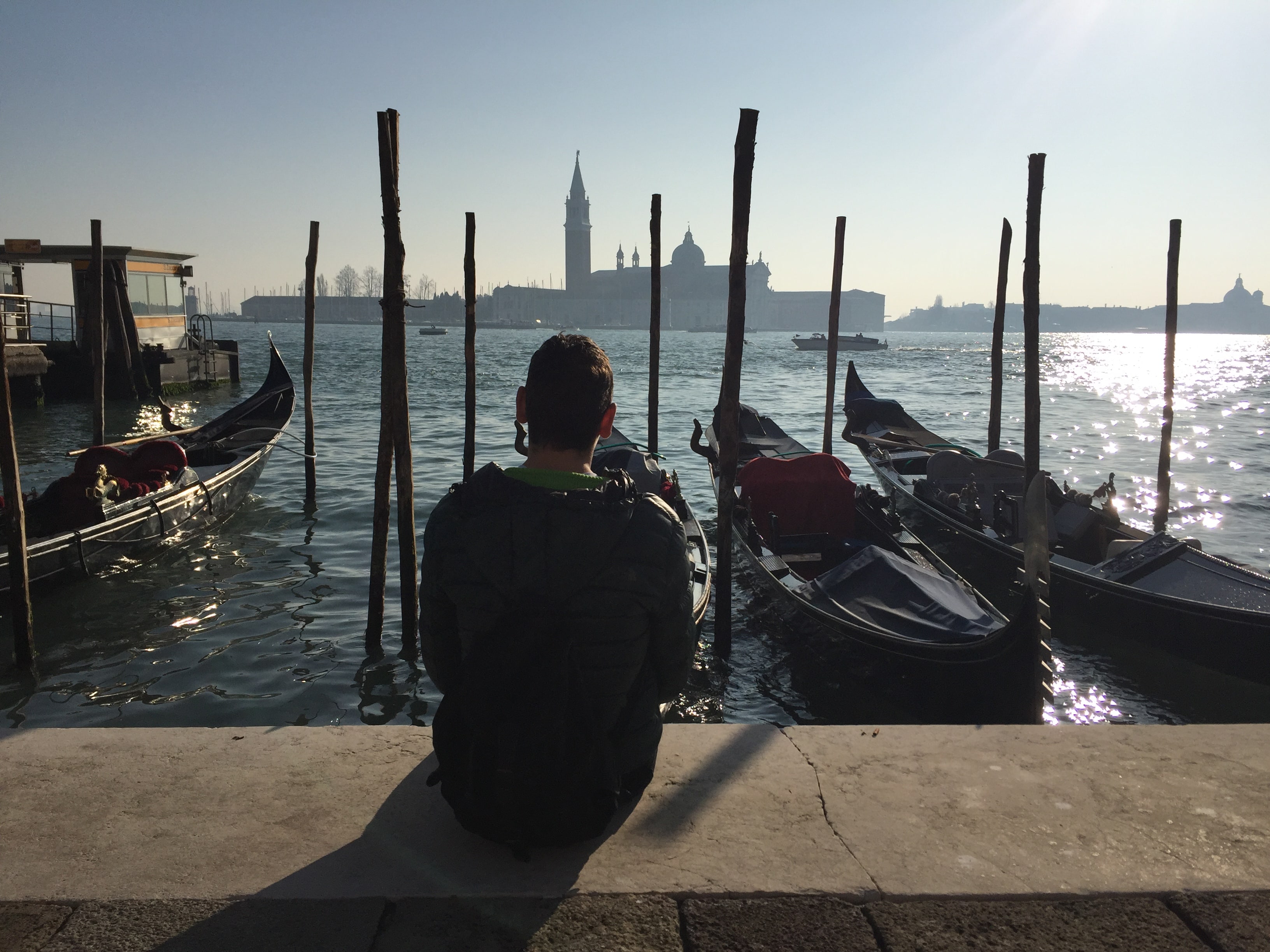 My Venetian adventure took place on a sunny December day. During this trip, I was with two of my closest friends. The excitement to walk through Venice’s real architectural labyrinths, littered with dampness and moss, is a real ecstasy for curious souls like mine. 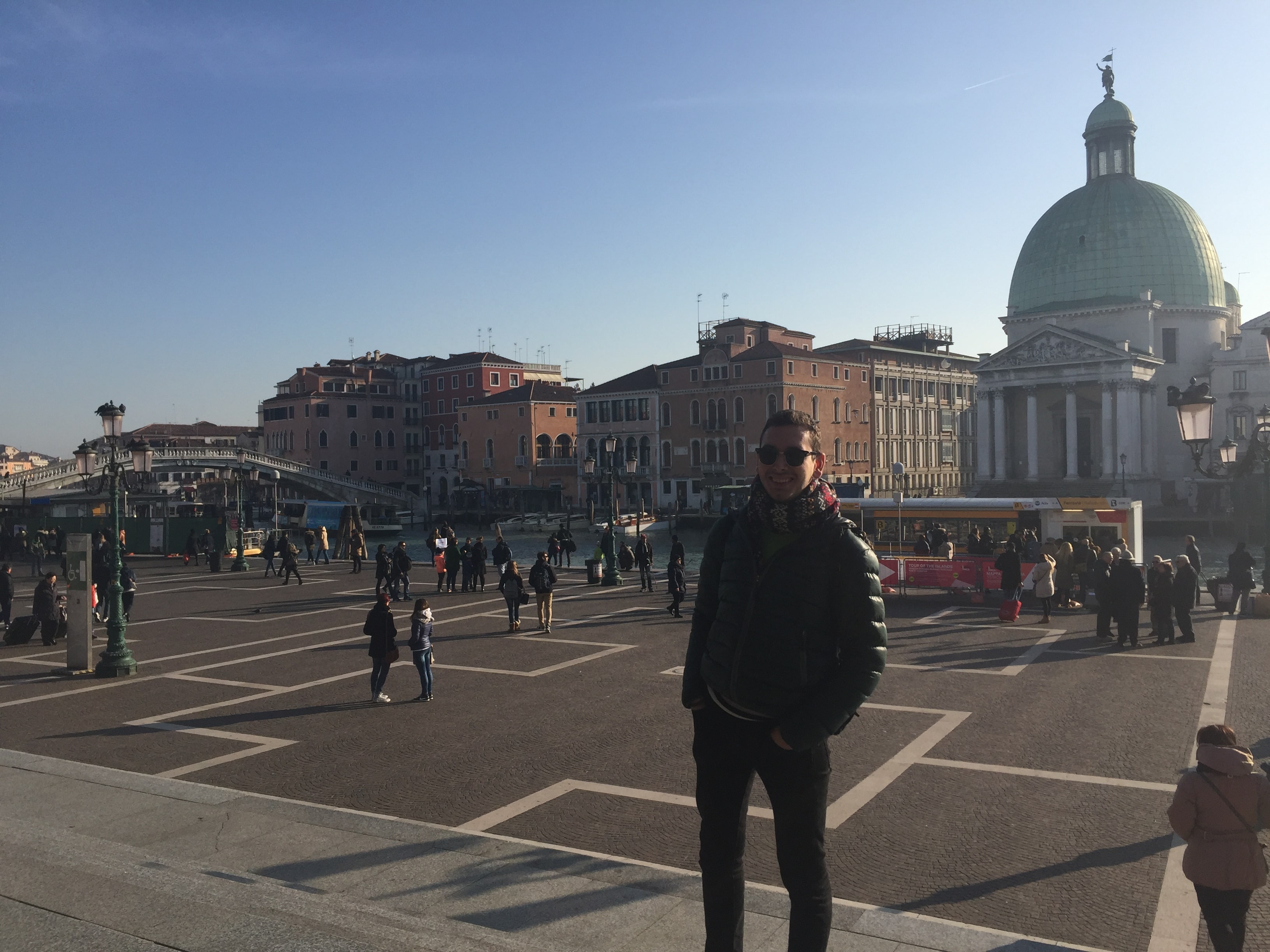 We were not lacking luck this time either – the city was empty, there were no crowds of tourists and it did not smell of sewage. Venice is extremely rich in history, architecture, art and much more. But what impressed me most, with every step I took down the small streets, was how this city survived all these centuries. How people themselves have been able to adapt to its existence so far. The city is a unique and true heritage, and proof that the human race can achieve everything.

Getting off at the train station, we headed to the main square of San Marco. The process was complicated because we got lost many times in the paths and bridges connecting the small islands of Venice. But you will not be a real tourist in Venice unless you get lost on the canals.

We reached the first landmark – St Mark’s Square, which is the main piazza of Venice. From here, you can see some of the most symbolic buildings of the city, such as Saint Mark’s Bell Tower, Basilica San Marco and others. 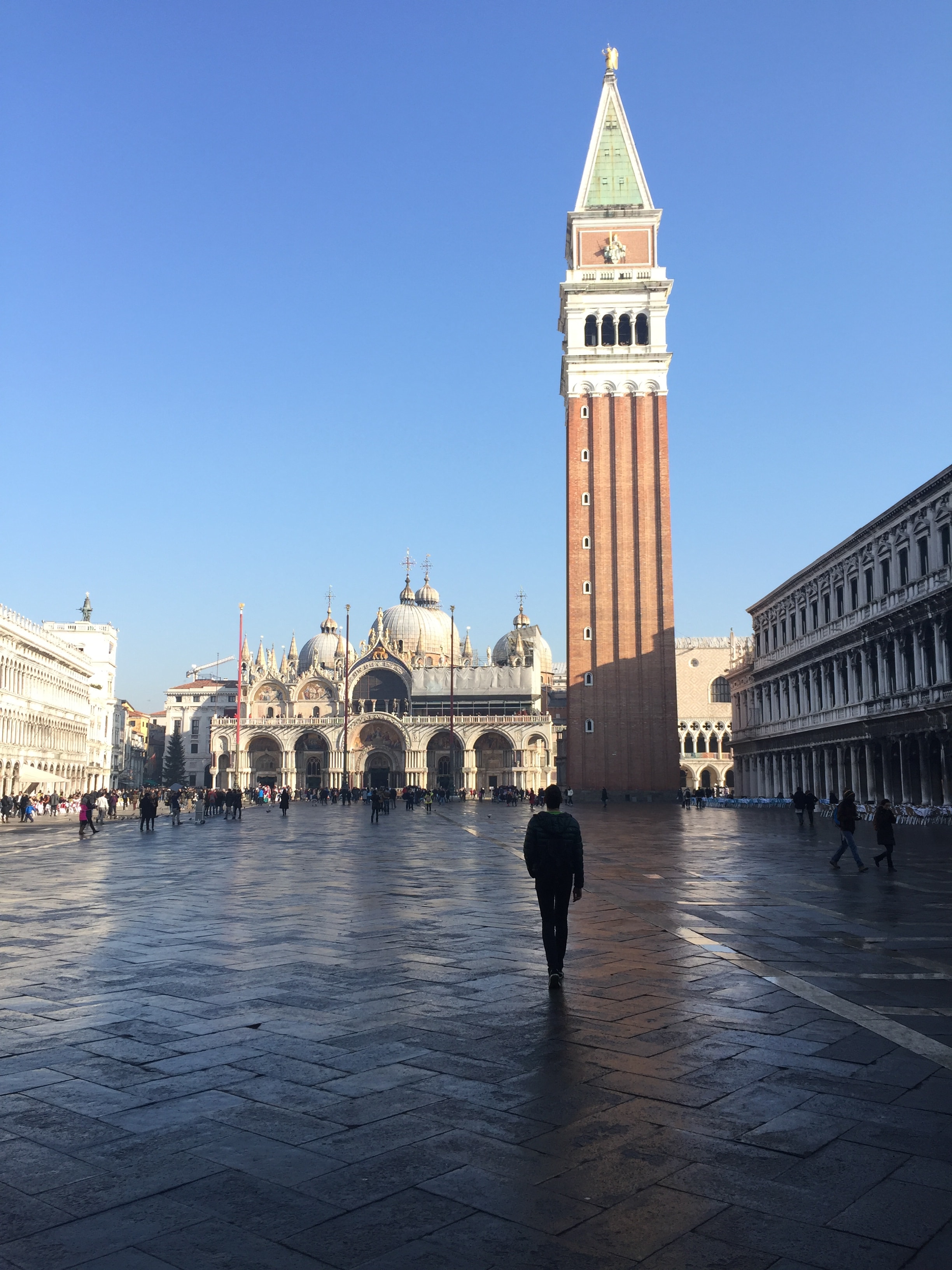 Saint Mark’s Square dates back to the 9th century and has been gradually expanding since 1177 to reach its present size. The square “houses” all the important buildings of Venice and is the seat of the 19th century archbishopric. Venice festivals were held and are held here. As a central landmark of Venice, the square is very popular among tourists, photographers and especially among … pigeons. That is where you can take those pictures you have certainly seen on the internet – with pigeons around you, and on you. They are quite friendly and will not be afraid of you at all. 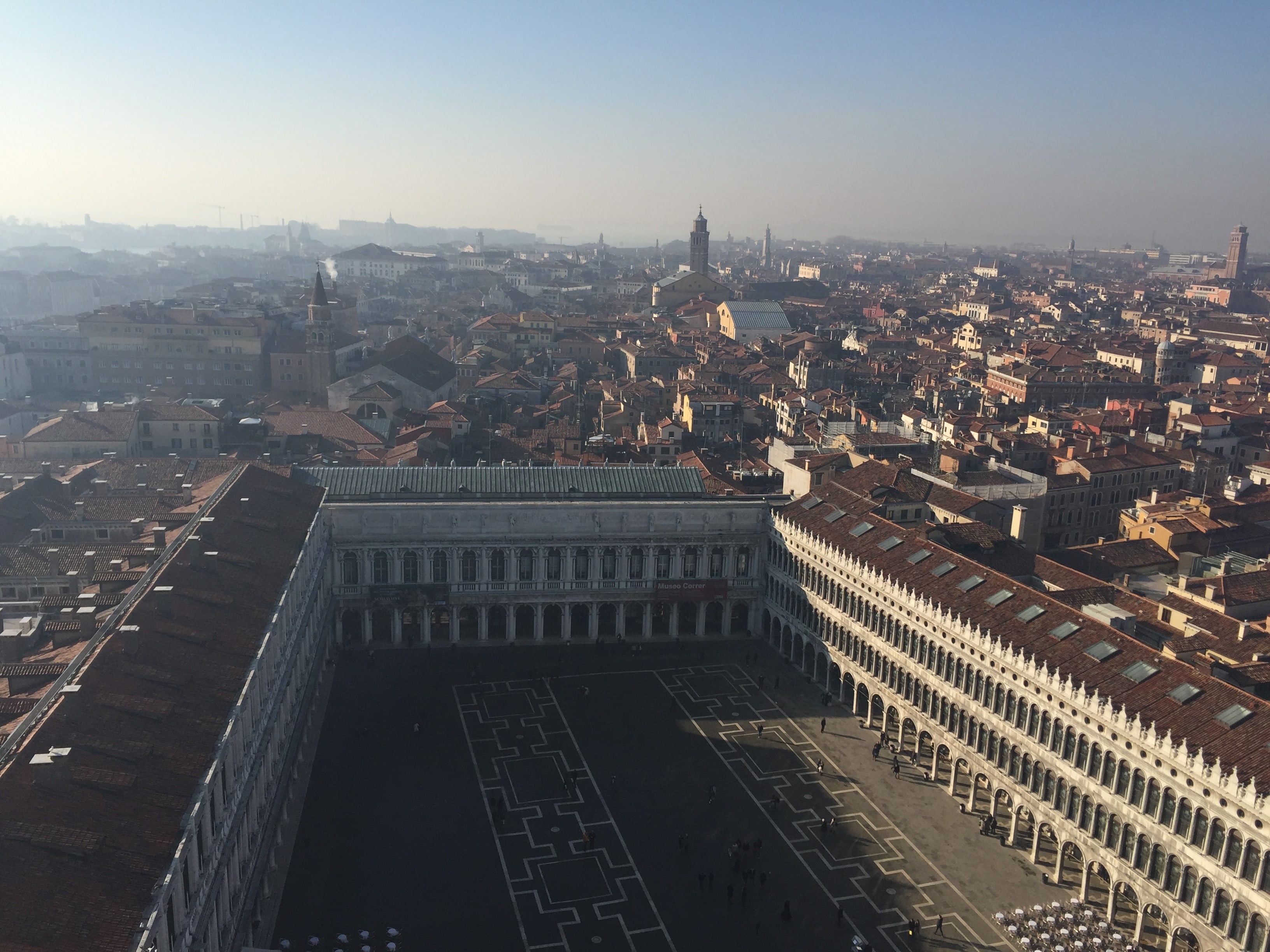 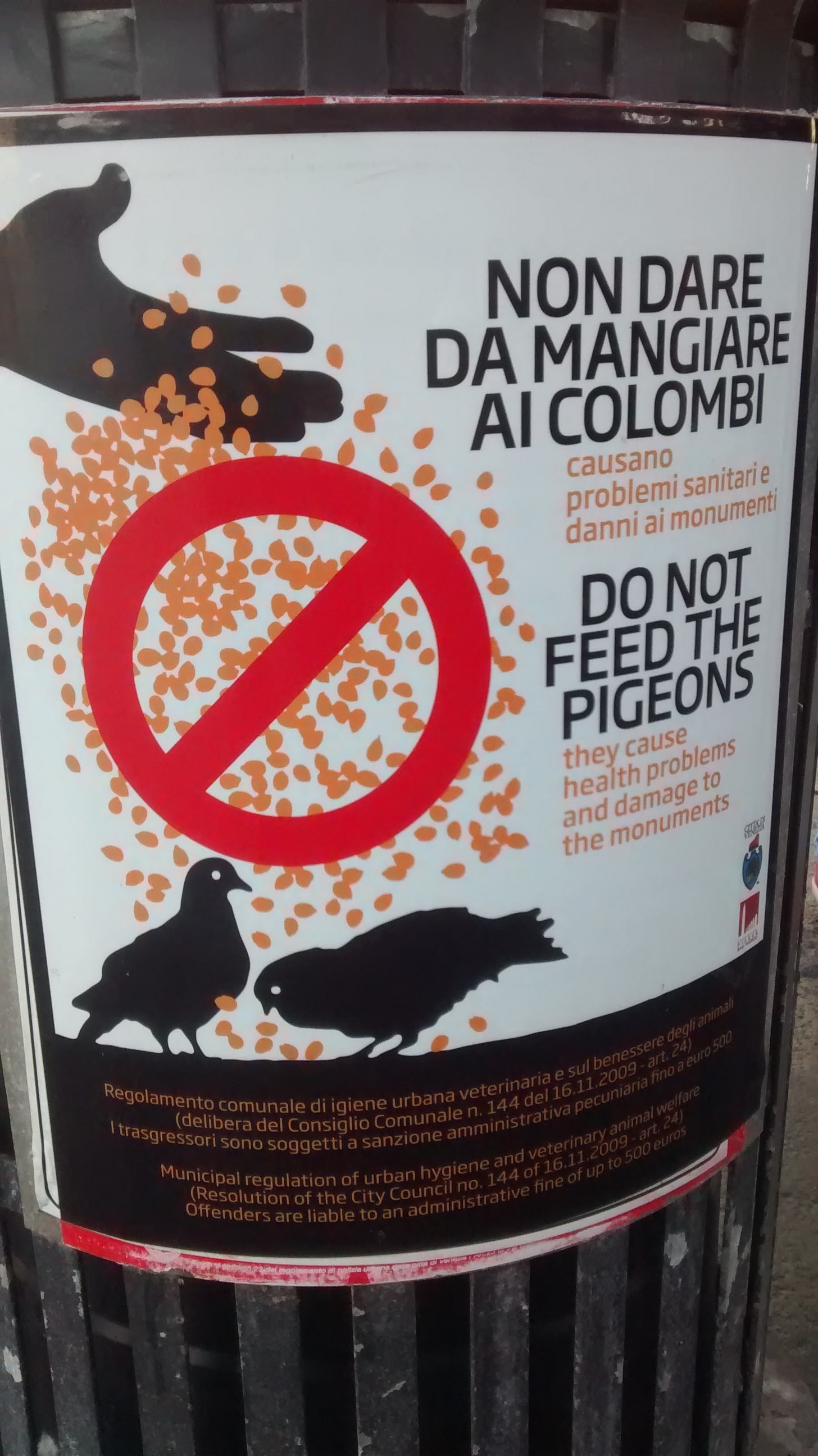 Useful information:
The square is surrounded by many restaurants where you can have a little break or a meal. Keep in mind that prices here are double or even triple than other places. In general, life in Venice is expensive;
There are signs on the square that forbid the feeding of pigeons. You may even be fined if you are caught;

The next attraction that is my favorite is Saint Mark’s bell tower. Its height is 98.6 meters and dates to the 9th century. The Tower has undergone several collapses, and in 1489 it is struck by a lightning that causes serious damage and burns the wood. Then in 1511 an earthquake struck the city and damaged the base of the tower, and immediate measures were taken to rescue it. 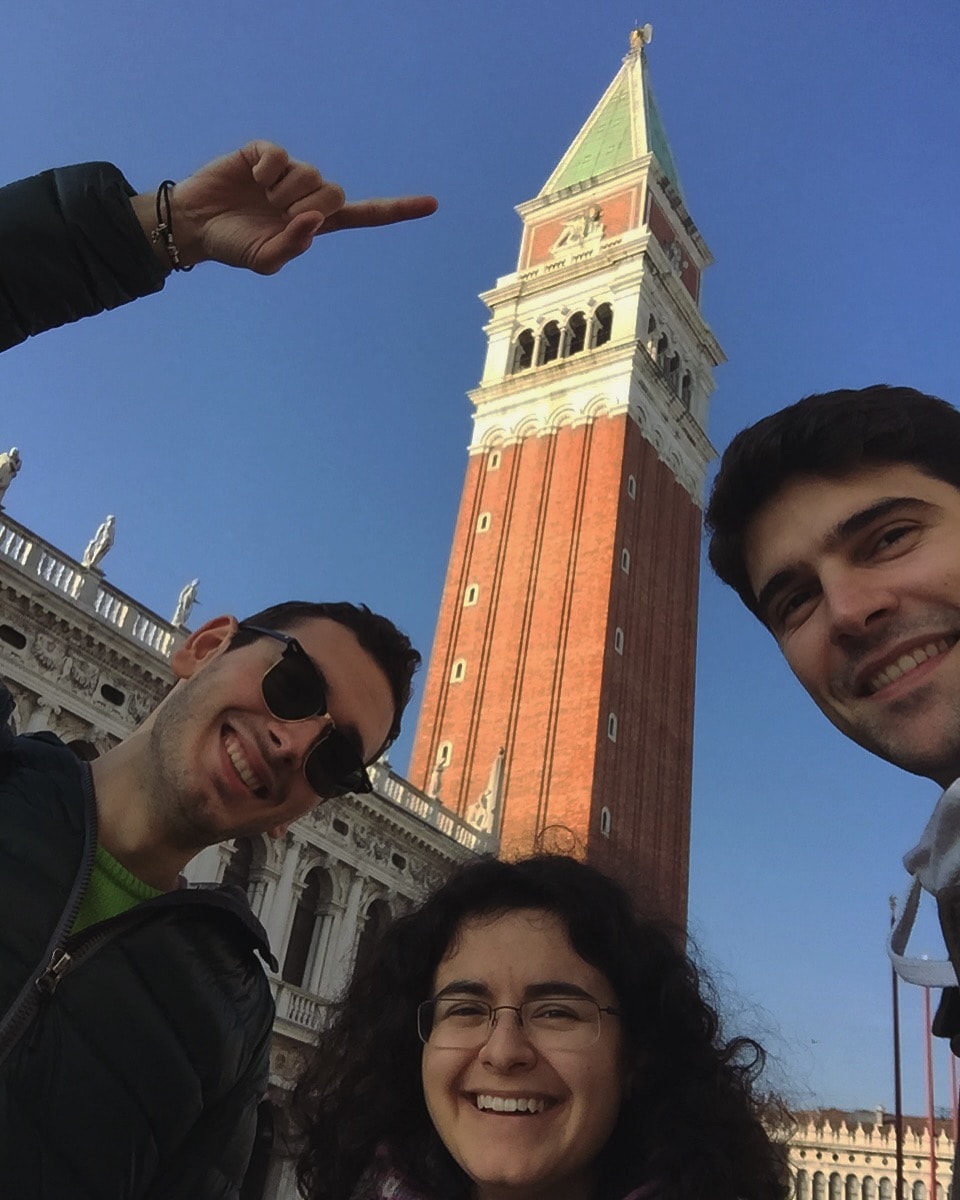 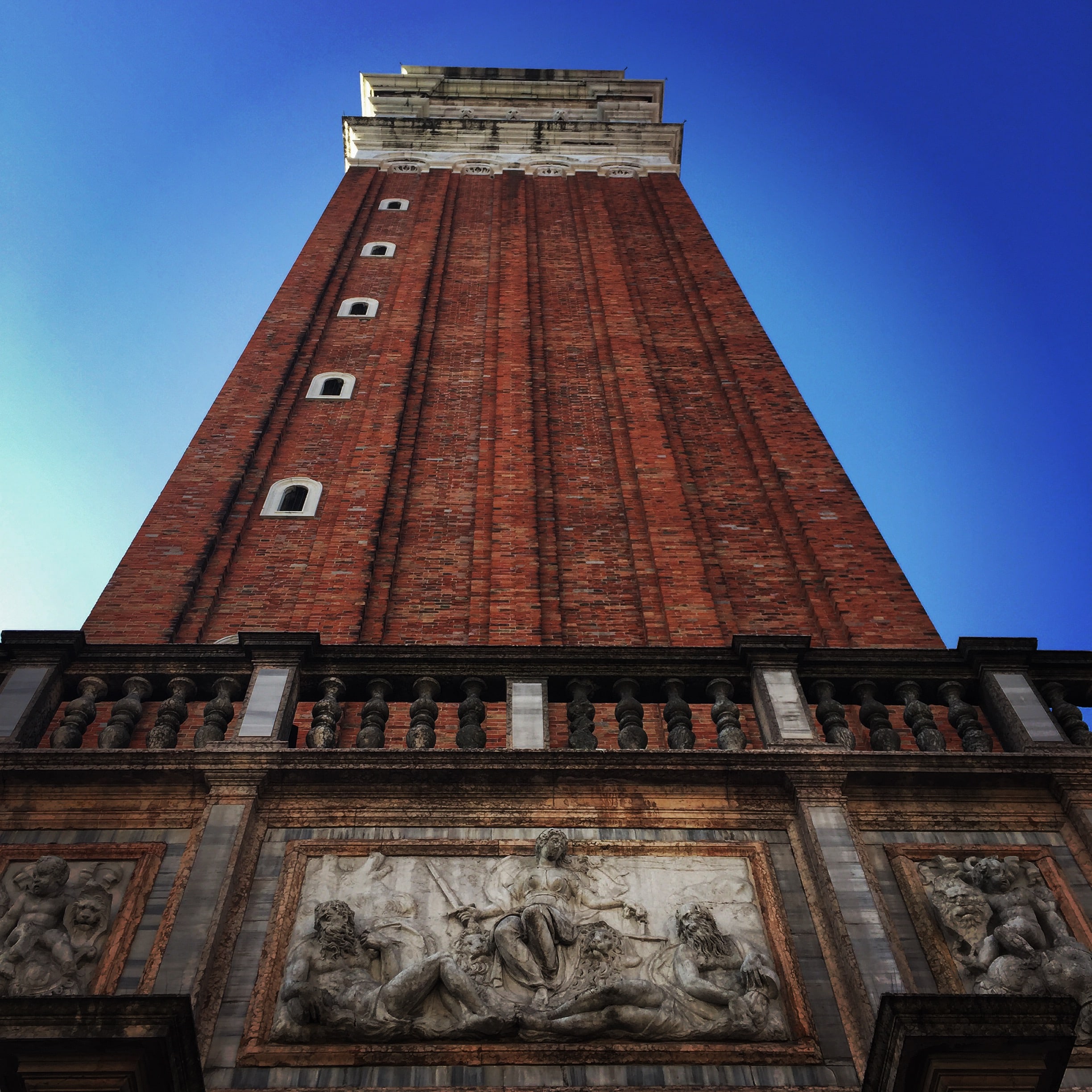 But the tower we see today was built in the twentieth century, as in July 1902, the tower collapsed due to cracks that have been gaining over time. On the same day, the governors of the city decided to start reconstruction and trying to get the most out of their previous appearance. 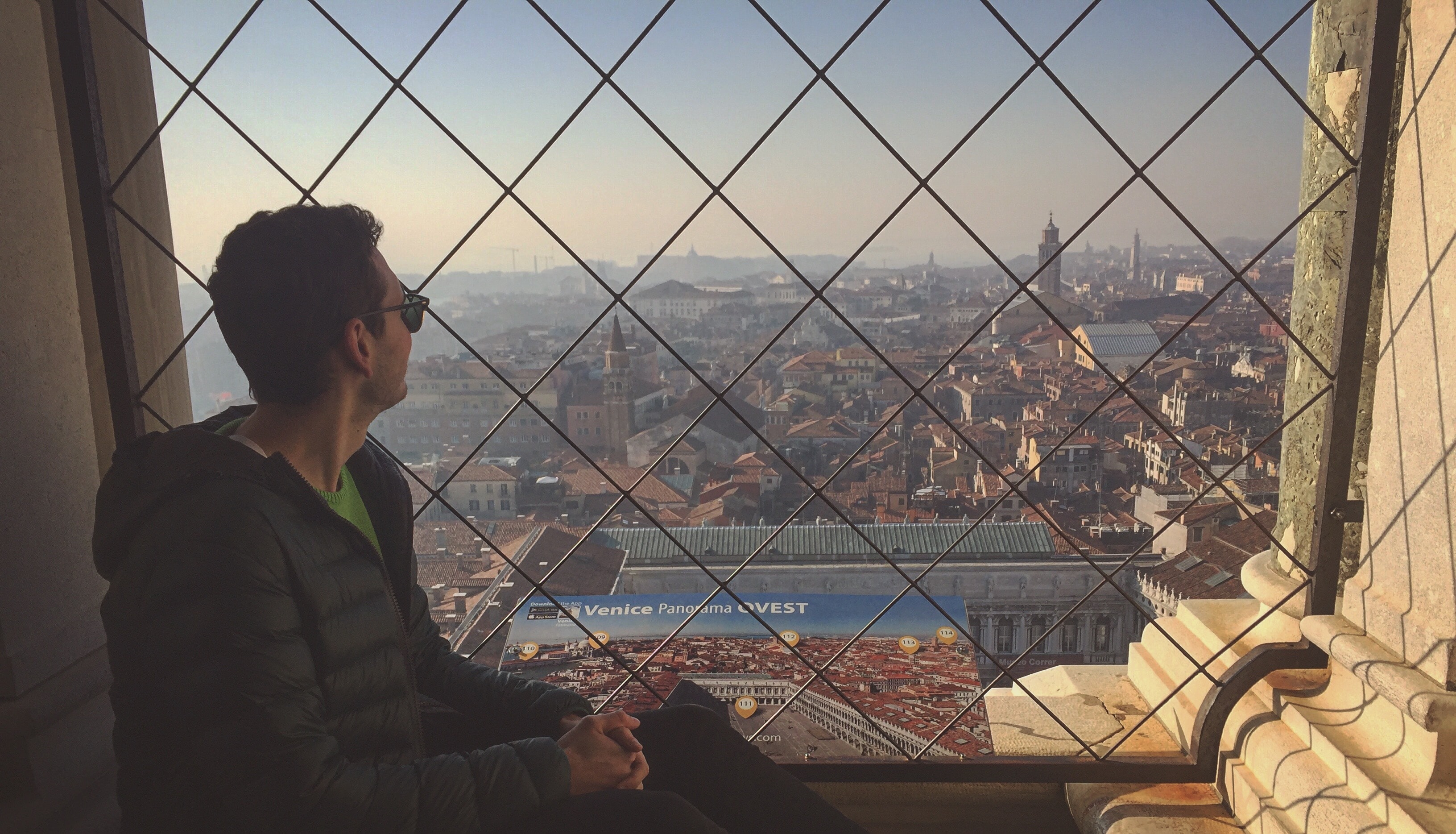 Nowadays the tower is one of Venice’s most famous and symbolic attractions, plus you can get on top of it. It opens a wide panorama to Venice’s lagoon. So you will become part of the magic and you will enjoy the waves of the Adriatic Sea that intertwine with the ancient city and keep their secrets in the small and mystical canals.

Ticket price:
Adult price: 8 euro;
Price for students, retired and students: 4 euro;
Price per person from a minimum of 20 people: 4 euros;
You can climb and descend only by the elevator provided in the tower;

In the immediate vicinity is the next landmark, the Basilica of San Marco. This is the most popular place for believers in the city and dates back to 832 when it was consecrated and the construction continued and ended in 1617. Since then its vision has not changed and today we can enjoy the interesting Byzantine architecture that Is a symbol of Venetian wealth and power.

Time was pressing us and we did not have the opportunity to visit the church. But this is an occasion to return to Venice again.

Finally, we finished our trip to Venice with two of Venice’s most iconic bridges: the Rialto Bridge and the Bridge of sighs.

The Rialto Bridge rises above the Grand Canal and is one of the main four pedestrian overhead canals. It is the oldest of all, and its construction ended in 1591. Since its inception to the present day it has played a key role in active trading.

The Bridge of Sighs is a Renaissance creation that inspires and impresses everyone who sees it. It was built in 1602 and is entirely of white limestone. The bridge connects the old prisons with the interrogation rooms in the Doge’s Palace. It consists of two windows with stone grilles and has many faces depicted, just one smiling and the other frightened and gloomy. Anyone who has never been to Venice and was not interested in the history of the city, hearing about this bridge, imagines it to be related to love and good feelings. But the true history is far from such. Legends say that the bridge is called that way because when it was crossed by the prisoners it was their last moment in which they saw the sunlight and the last breath of fresh air they took. 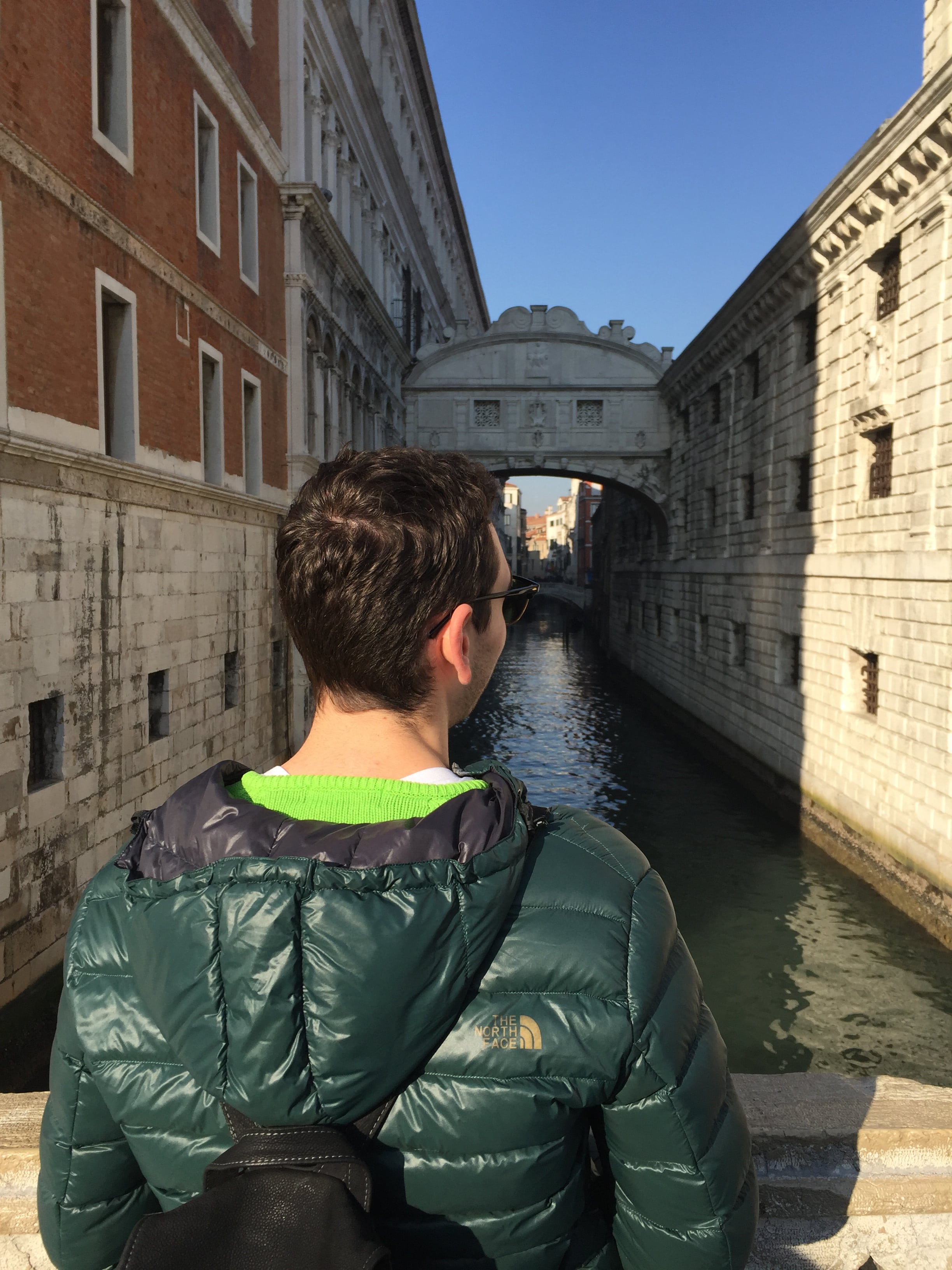 Useful information:
The bridge can be visited from the inside once you enter the Doge’s Palace;