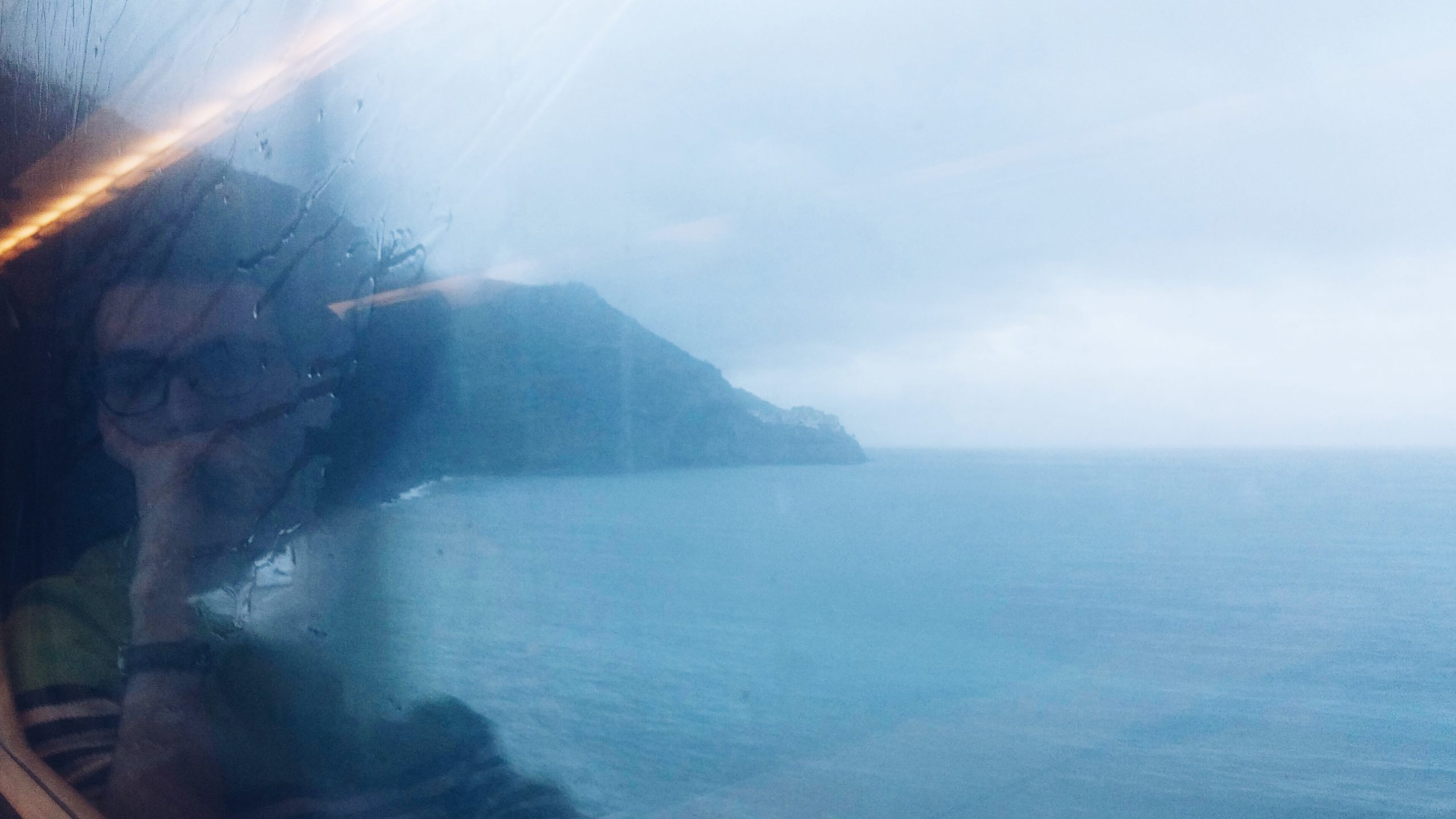 Genoa is the city that taught me a very important lesson – Always bring an umbrella with you! I visited the capital of Liguria on a very stormy day but that did not stop me from going around and get wet. As a port city, it is extremely different from the others in Italy with the unconventional architecture and town planning which also contributes to its extravagant appearance. I would personally call this Gothic style but I will let you decide on your own through the pictures. 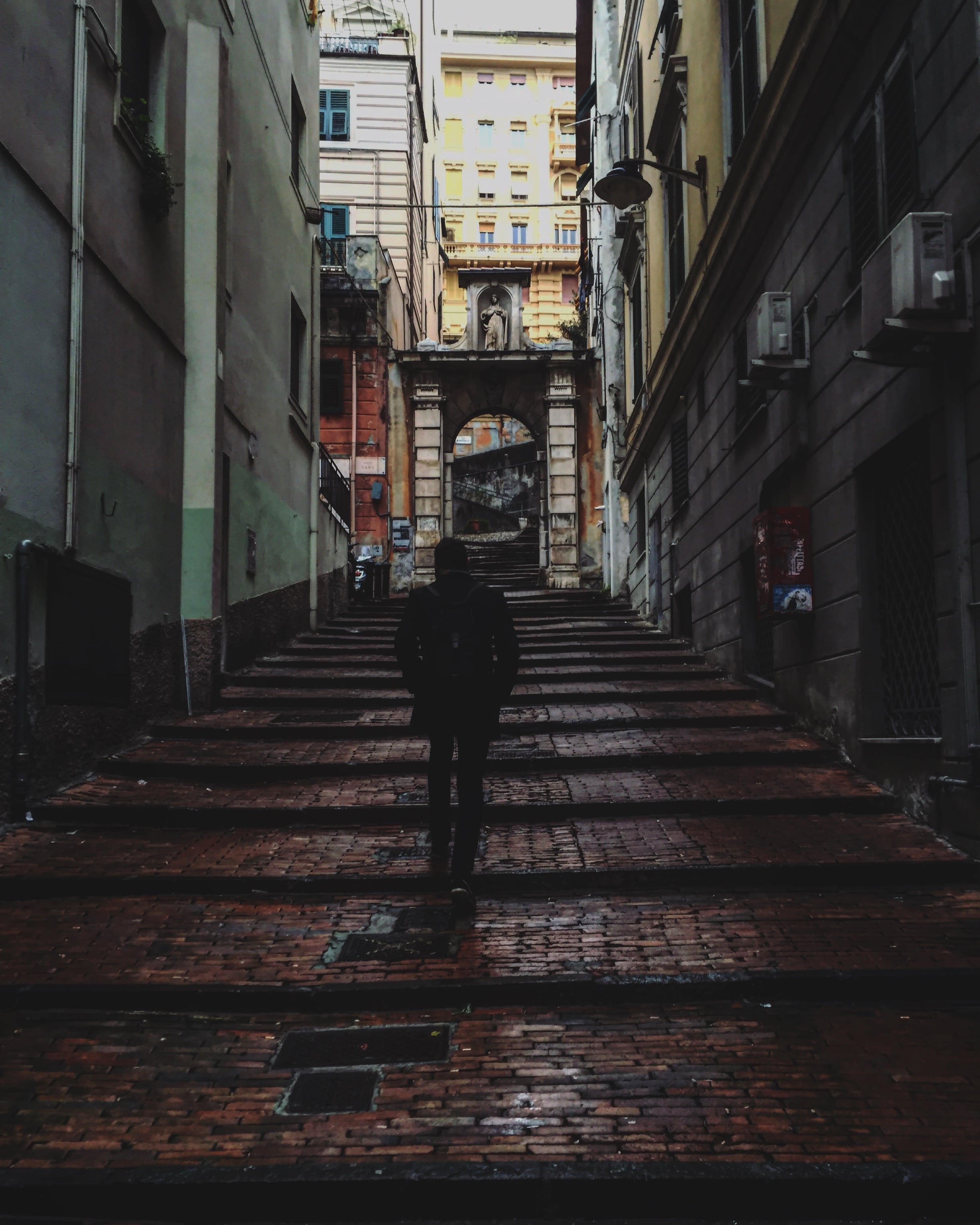 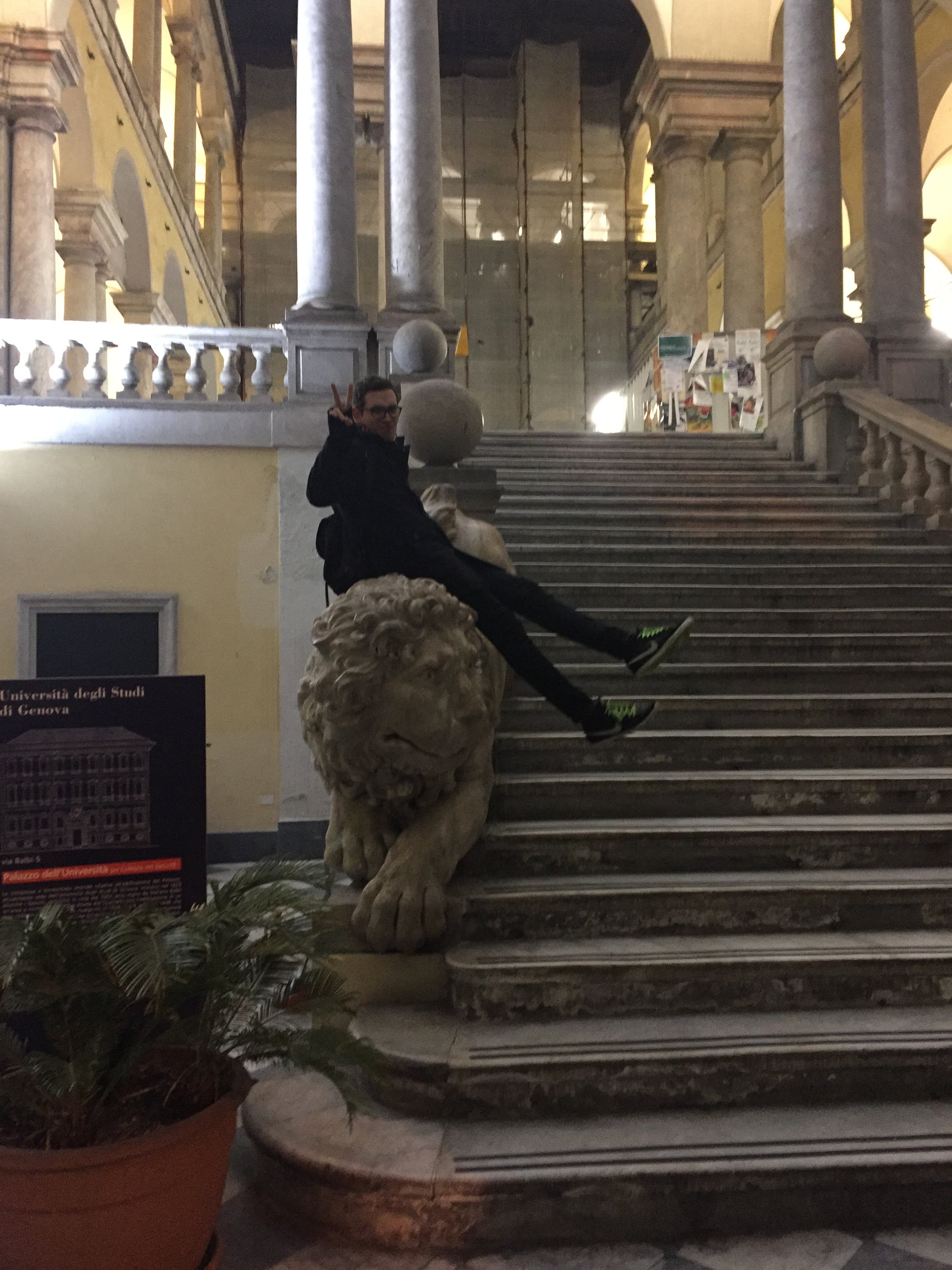 The first thing I did when I arrived in the city was to run like a child to the Genoa aquarium (the largest in Italy). This place satisfied my childhood curiosity. This aquarium has an amazing variety of 70 ecosystems and over 600 species of the animal world! Halls that house aquariums are located on several levels in different forms. Visiting this aquarium is a real adventure that will bring a wide smile on your face. The main idea of ​​this landmark is to educate and show people the importance of nature and the conservation of biodiversity. The most popular inhabitants here are the penguins, the numerous shark species and the happy seals and dolphins that have an attractive program with interesting tricks. But for me the most exciting attraction was the sea cow – a sweet, fluffy and graceful creature. 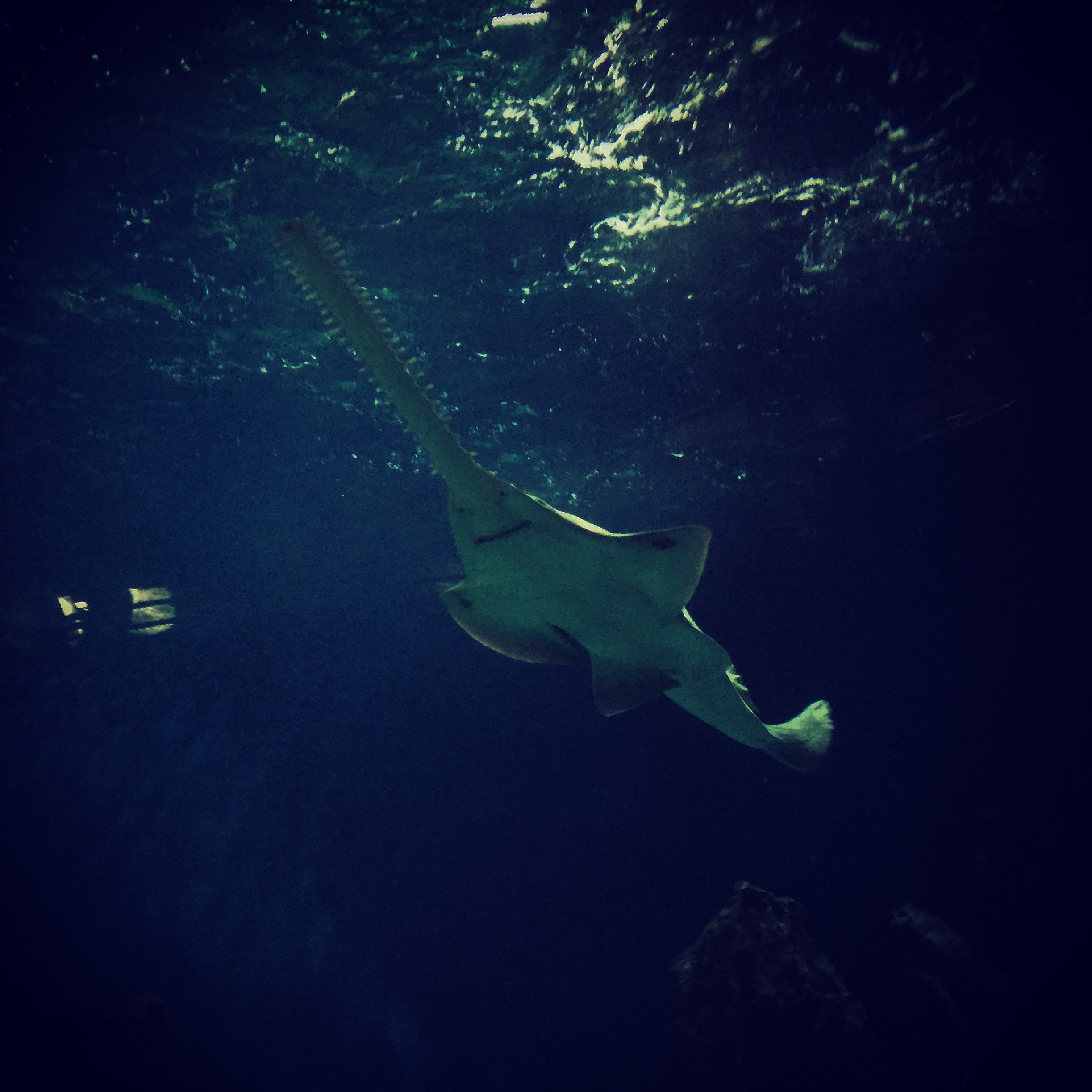 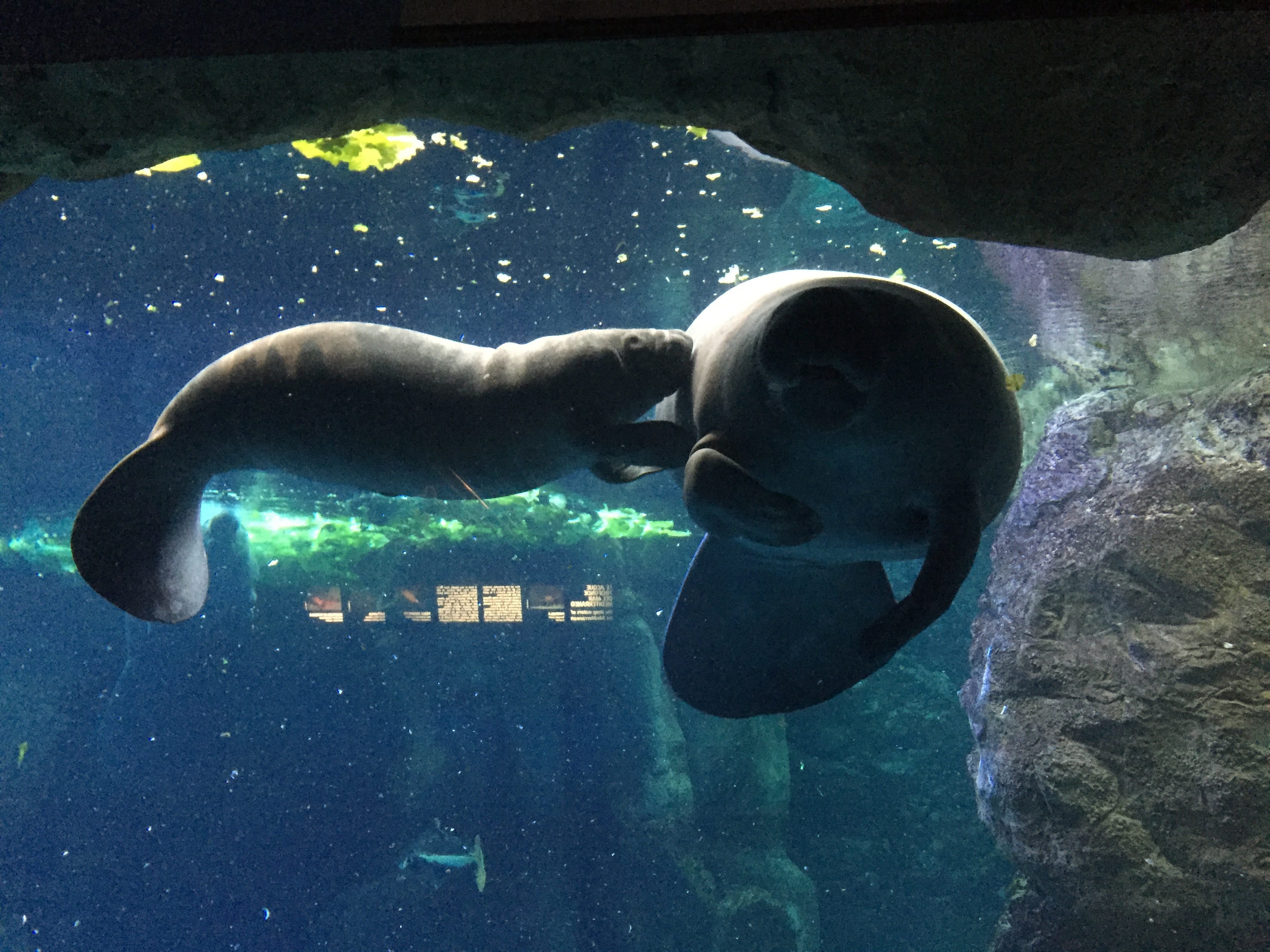 Prices:
Adult: 25 euro;
Children’s ticket 4-12 years: 15 euro;
Group ticket (minimum 20 people): 19 euro;
The price is justified by the attention and care they devote to the animals and keeping everything in excellent condition;
Visiting the aquarium is completely worthwhile and will leave you long-lasting and rich memories;

My next stop is not a famous landmark but it is the symbol of Genoa – Lighthouse (Torre della Lanterna). It is 77 meters high, being the highest in the Mediterranean and the second highest in Europe. It is interesting to note that in this place for the first time in unofficial data, a tower was built in 1128, and the current shape dates back to 1543. Also the light from its lighthouse reaches a distance of 50 km. Unfortunately, I was not lucky because this day the rain was the strongest, as you will see on the pictures. And due to the bad weather conditions the lighthouse was closed but I managed to take a picture for memory. 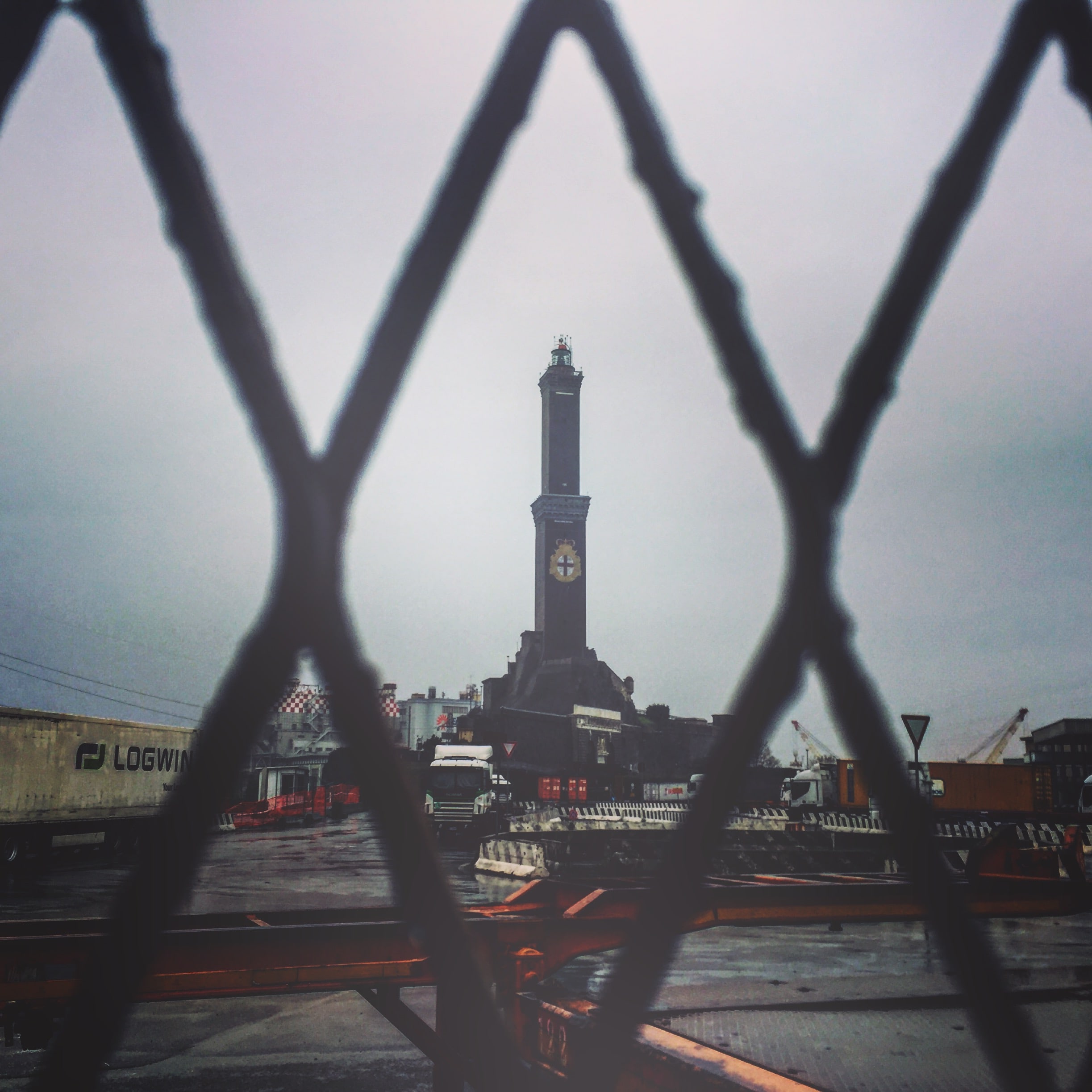 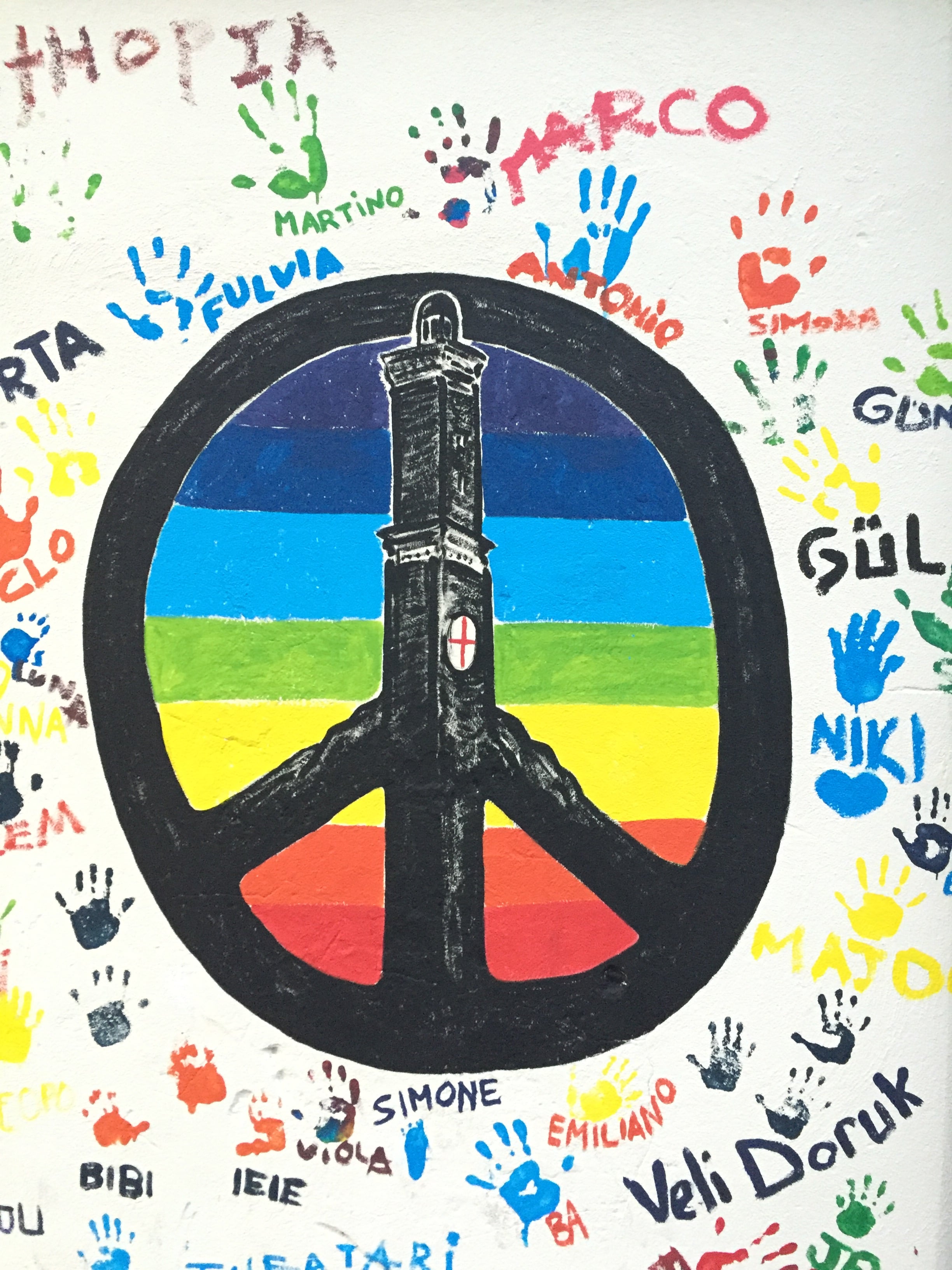 Useful information:
You can climb the observation tower for 2 euros;
There is no fixed working time, so you should check in advance for it and avoid an incident like mine;

After my disappointment that I could not visit the lighthouse and my steady wetness I headed for the center to see the cathedral of San Lorenzo. It was founded in the 9th century as its atypical façade was constructed in phases. This building is the perfect example of the Gothic style I mentioned at the beginning. 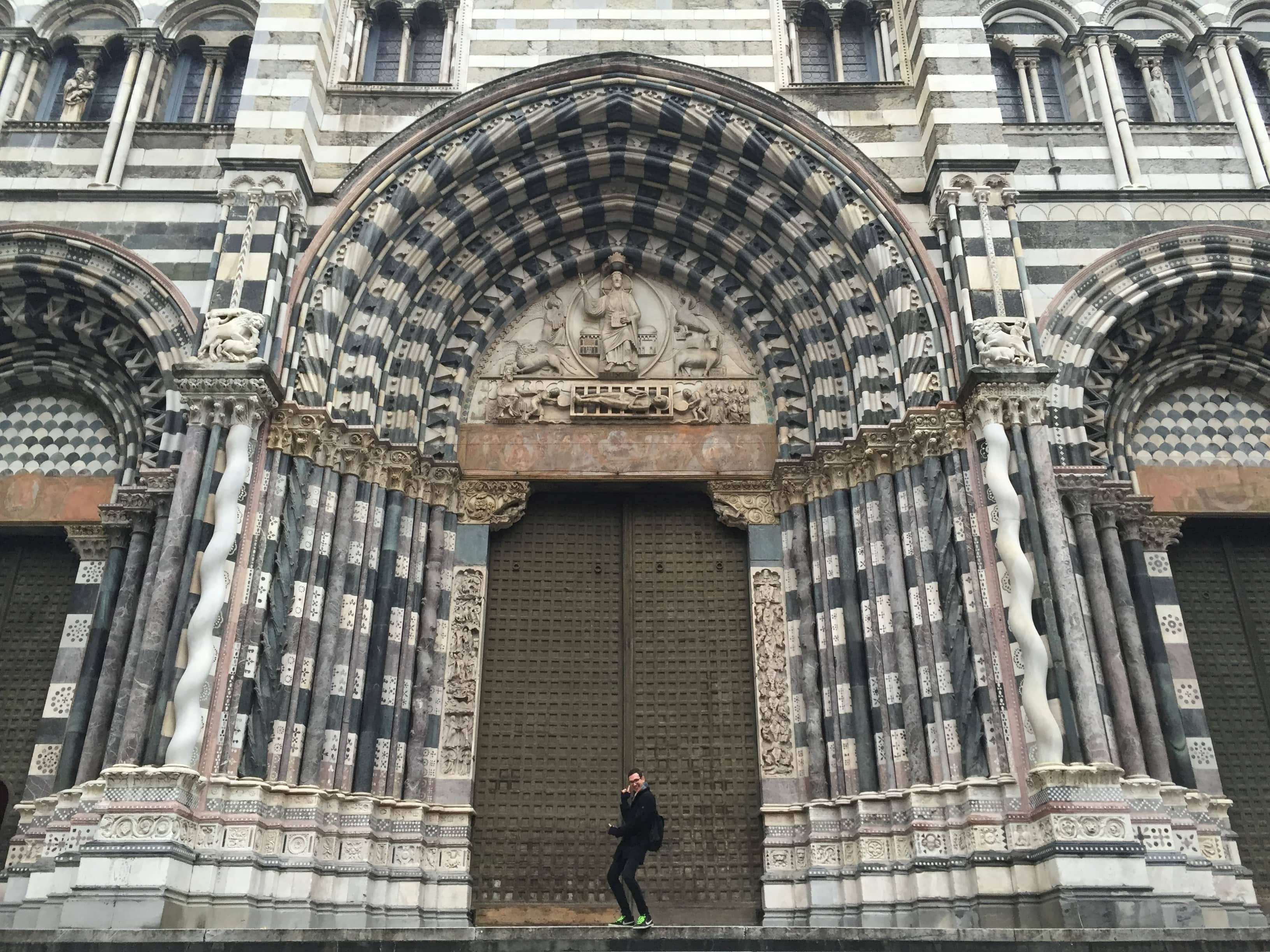 Few know that Genoa is the birthplace of the discoverer of America. The house where Christopher Columbus spent his childhood is in the center of today’s city and can also be seen thanks to the reconstruction built on the former foundations in his honuor in 1992. 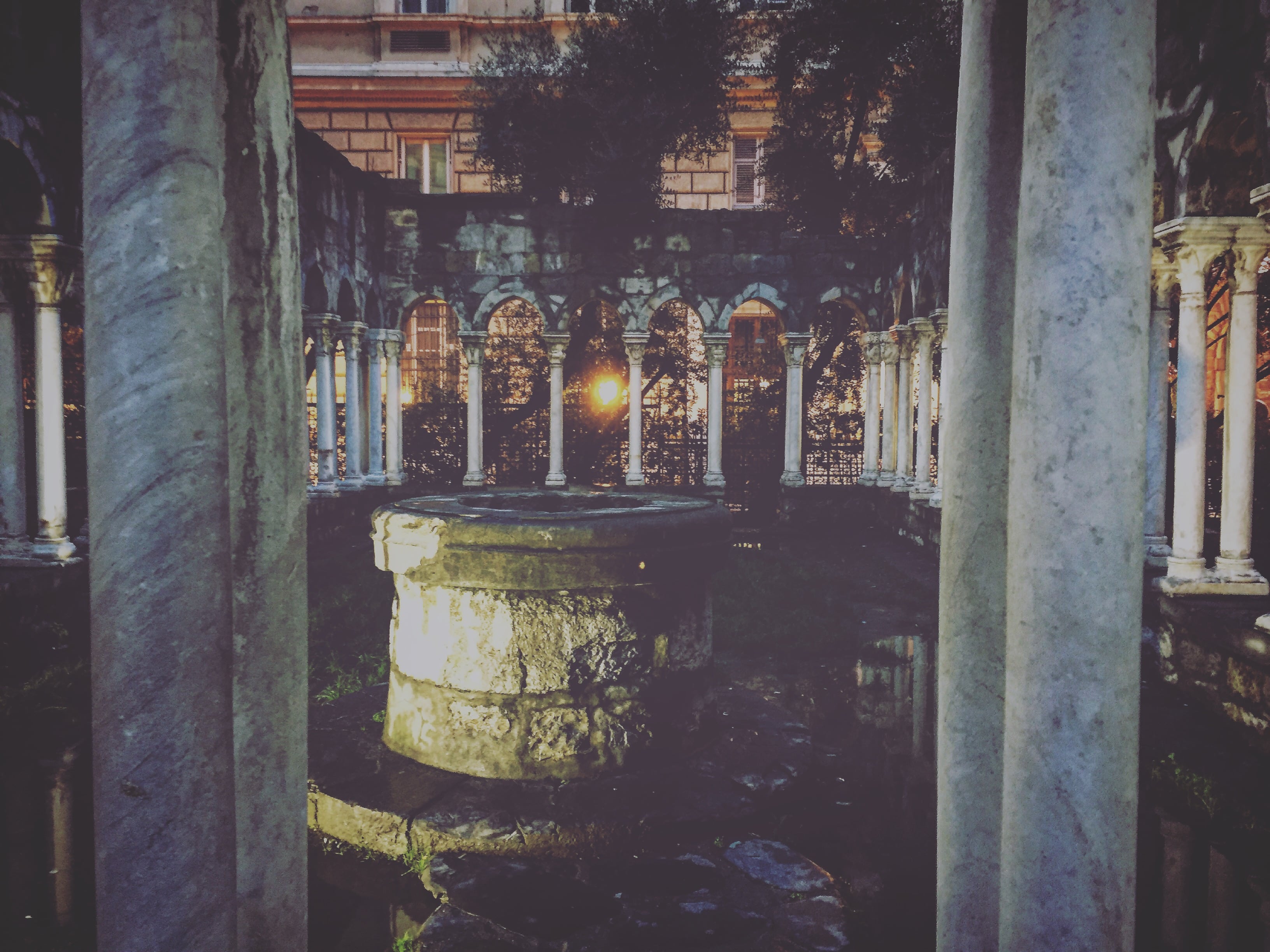 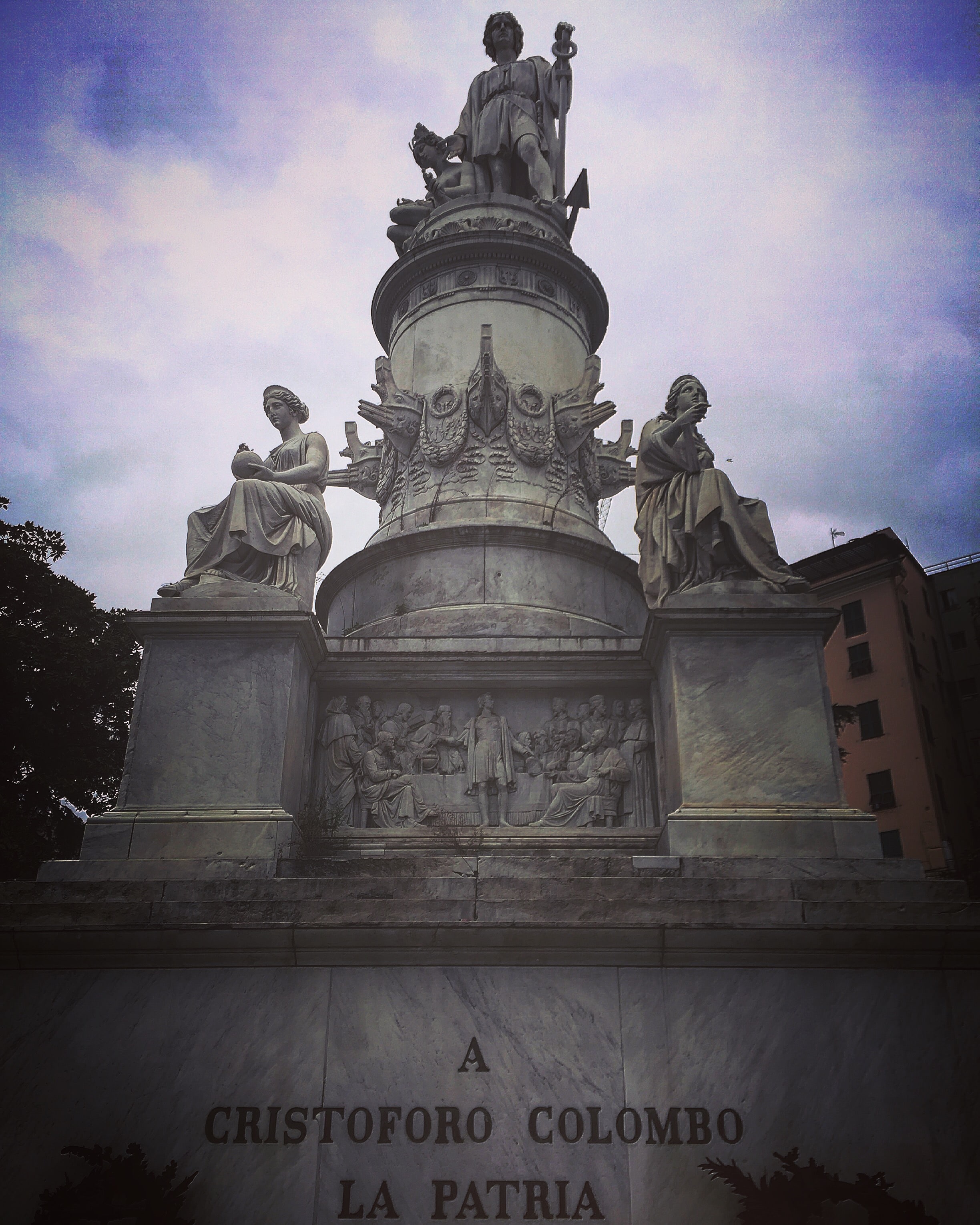 The last landmark for me on this rainy and windy day was the attractive square of De Ferrari. It is famous for its large fountain and design. Built in the 19th century, it is a key point for the city and close to it is a large part of the city’s precious architectural heritage, part of which is the opera “Teatro Carlo Felice”, the Doge’s Palace and others. Here is the administrative centre of the Liguria region, the Commodity Exchange building, built in 1912, and the palace of Rafael Luigi de Ferrari, a palace of Galliera, whom after the square was called. 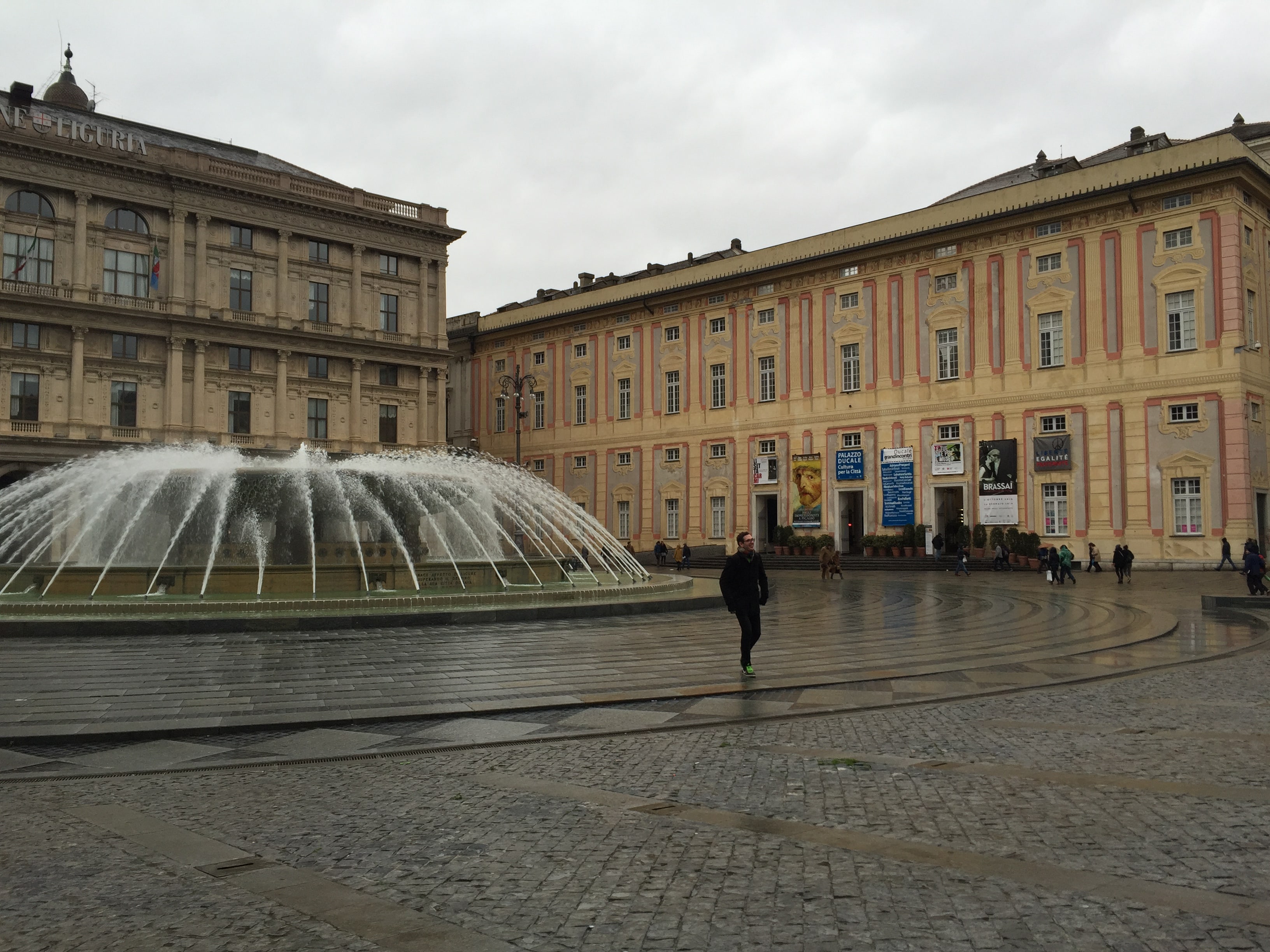 The happiness to be an Italian #Florence 2

On Valencia and 250ml beers Imagine this – you are taking a stroll down the beach, surrounded by palm trees, the...

The happiness to be an Italian #Bologna  The old red “youth”Two TowersPiazza Maggiore and fountain of...