The happiness to be an Italian #Florence

The adventure I’m going to talk about today is a very special experience for me which has continued for the modest five months and did mark me forever. It all began when I had enough courage to apply for the Erasmus+ program (European Union Education Program). Then I applied to spend one semester abroad and, as implied by the title, was successfully admitted to Italy. During these months I was staying on the Italian Boot, I was able to tour many cities, which in return gave me unforgettable emotions and views, lots of knowledge, as well as they taught me to appreciate the difference! So I decided that now is the time to share my experience with you and I will tell you in detail about nine Italian cities. 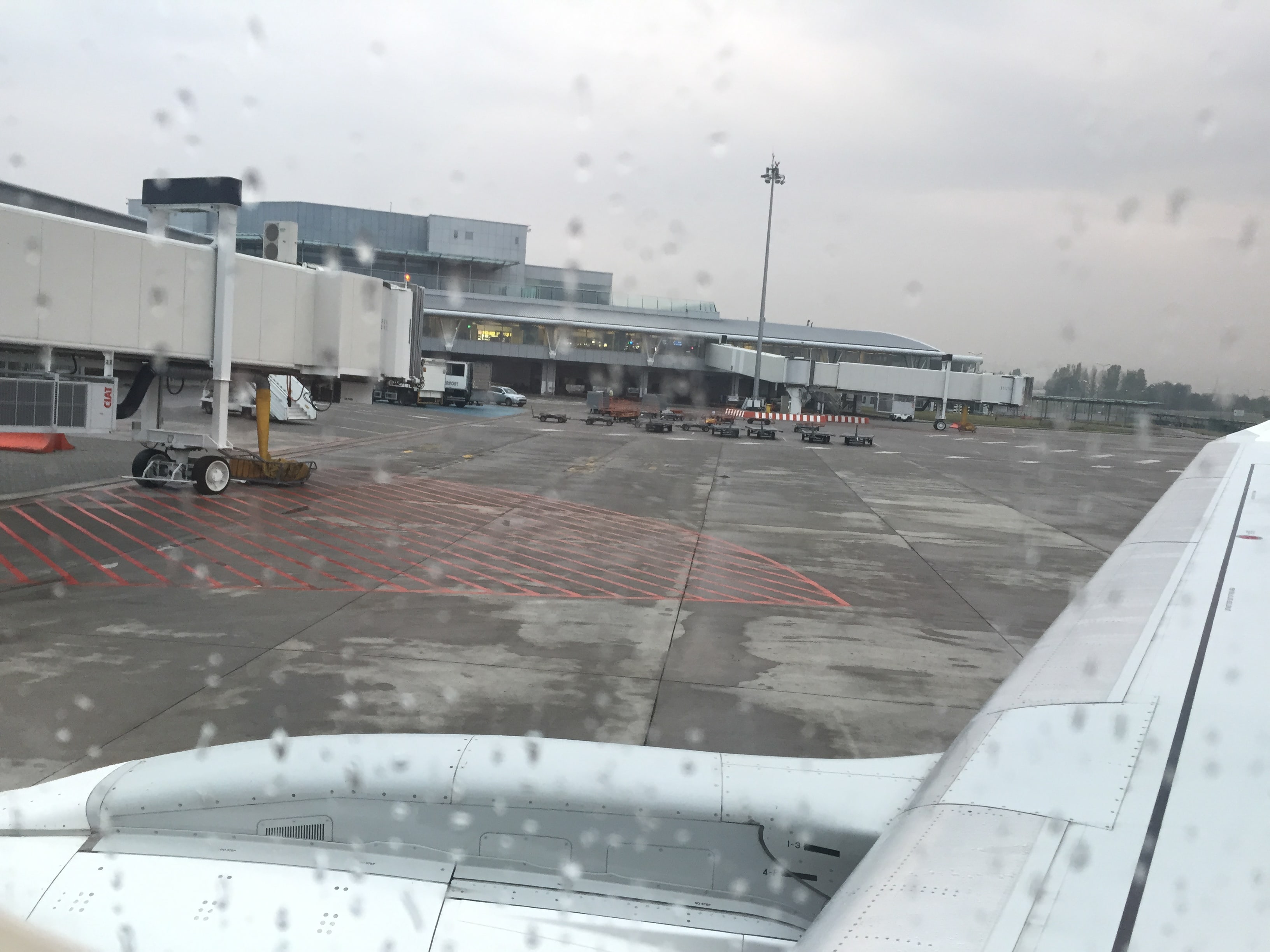 From Florence with Love – Part One

We will start, of course, with the city that has become my home and granted me with emotions that can not be found anywhere else – Florence. 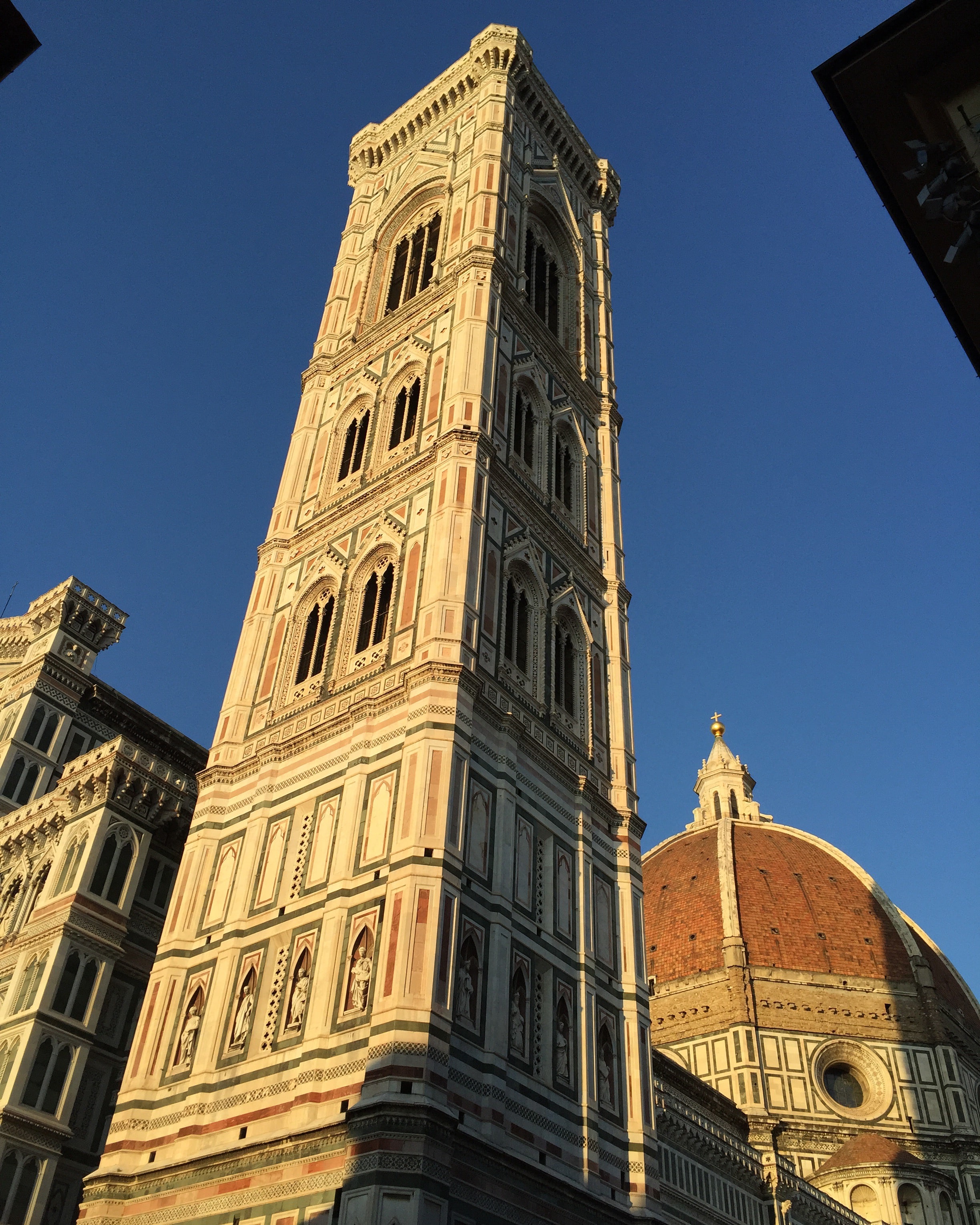 My adventure in the city of the Renaissance began in autumn, September 11, 2015. As soon as I left the plane I was set with mixed emotions that came into my heart, I was happy and very excited about the adventure that was ahead of me, and I was worried about how it would be and how good I’m going to do with the studies. I lived relatively close to the center, in the Rifferedi district (25 minutes on foot or 10 minutes on a bus), and next to the faculty I was studying at. Few facts about the city itself and its inhabitants, Florence is the capital of the most beautiful region of Italy – Tuscany. The city is as big as Plovdiv as it is good that almost all the sights are gathered in the center.

As is known from history, the city is called the cradle of the Renaissance, as you can see that in any direction you look, you will only see art. Regarding residents here, they are extremely proud of their history and city. You should never call them Tuscan because they get offended. An easy way to recognise a typical Florentine in the crowd of tourists is by seeing someone dressed in a flawless way.

Оn my first day in Florence, I started to walk without knowing where I was going and what I would see, just intuitively strolling through the small streets. Here is the time to mention that I have weakness оn the small streets of Italy and you will understand it by the pictures in the following publications. Walking around, I found myself in front of the first landmark I will talk about – the cathedral of Santa Maria del Fiore, which means “Our Lady of the Flower“.

I will never forget my unbelieving face and how I could not comprehend what art of grace is standing in front of me! It is the most important duomo of the region, as well as the most impressive architectural miracle.

The cathedral is the fourth largest in the world, it is remarkable with Giotto’s tower and with its incredibly brave dome, Filippo Brunellesky’s work. 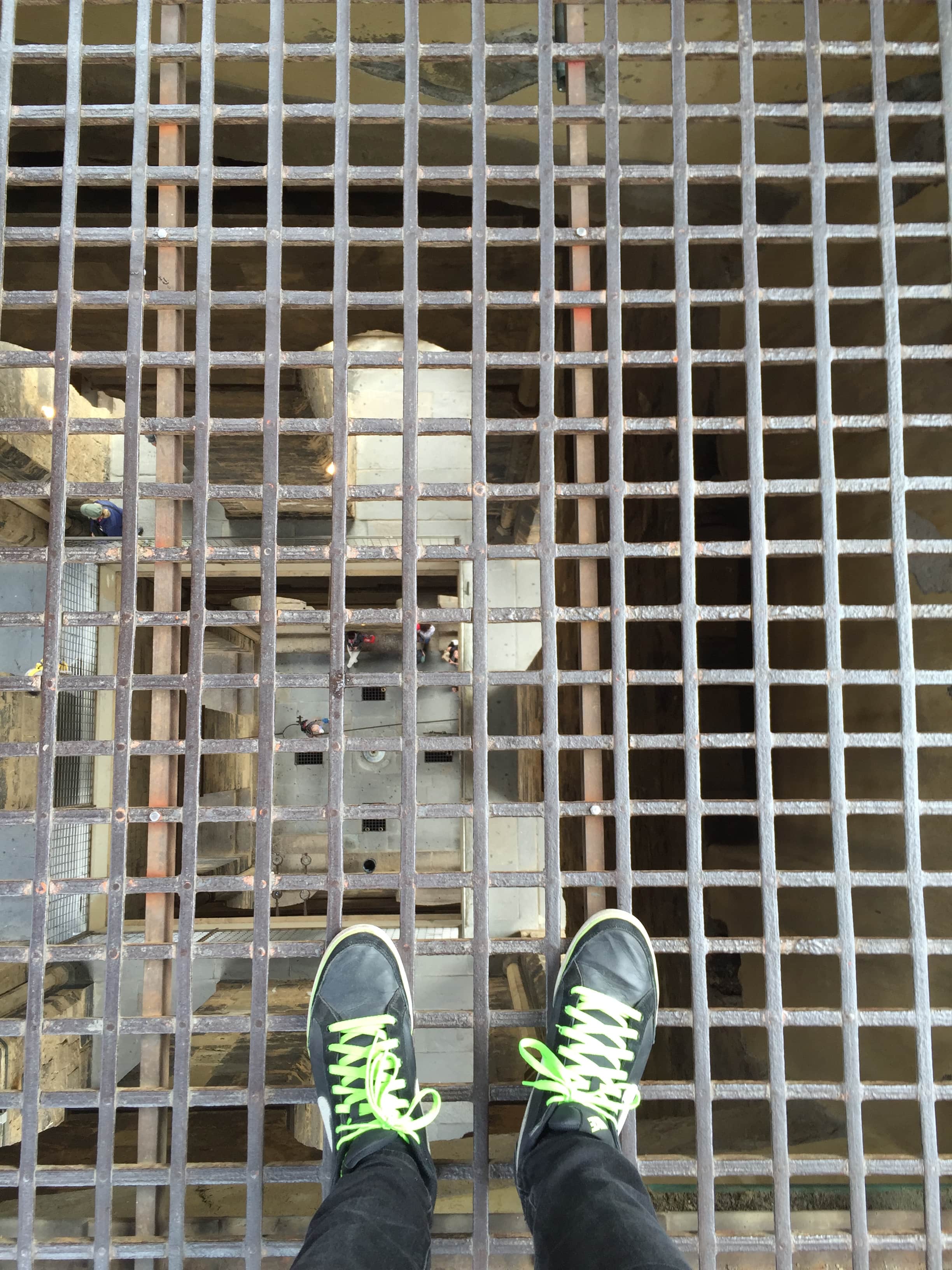 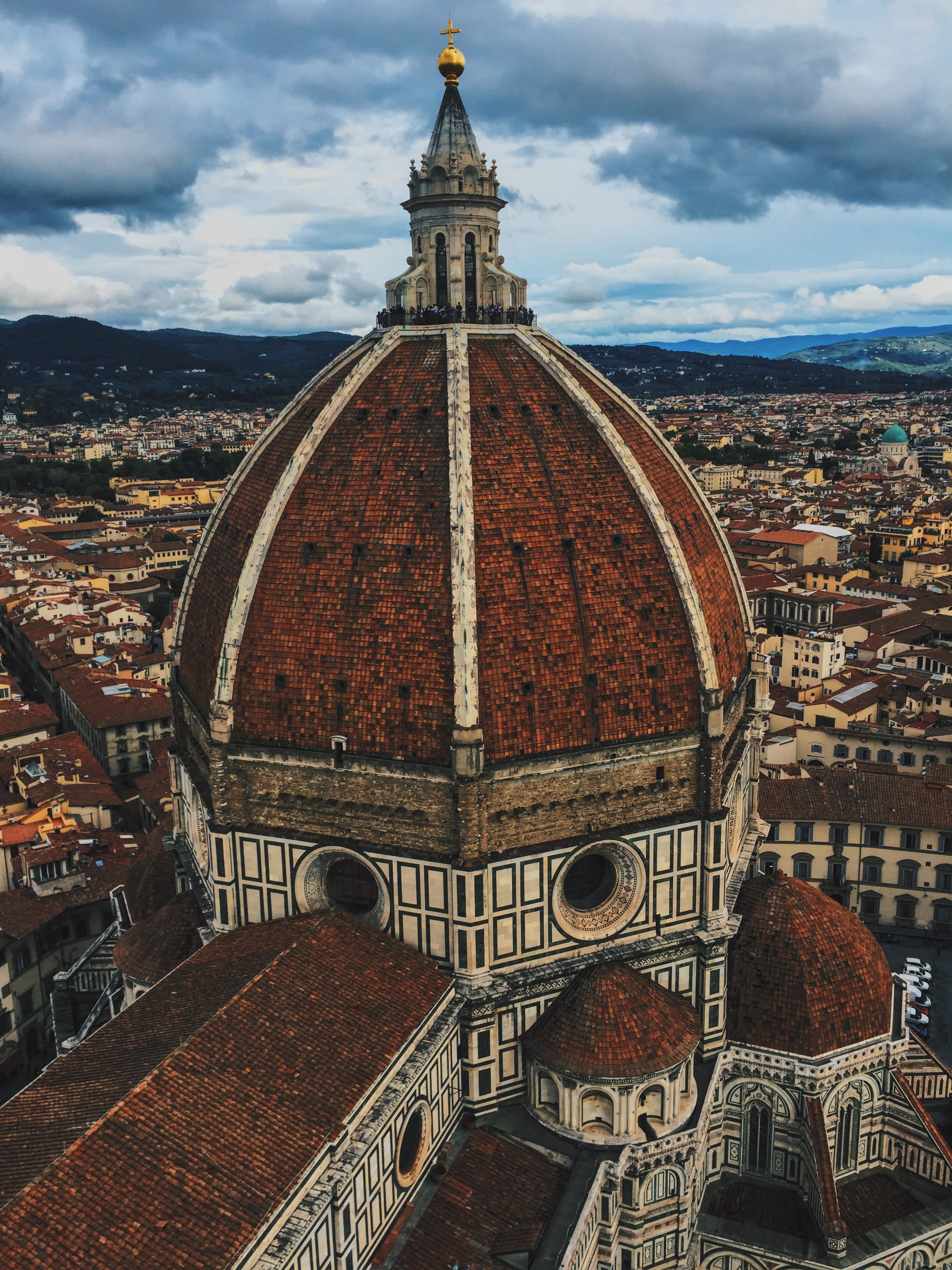 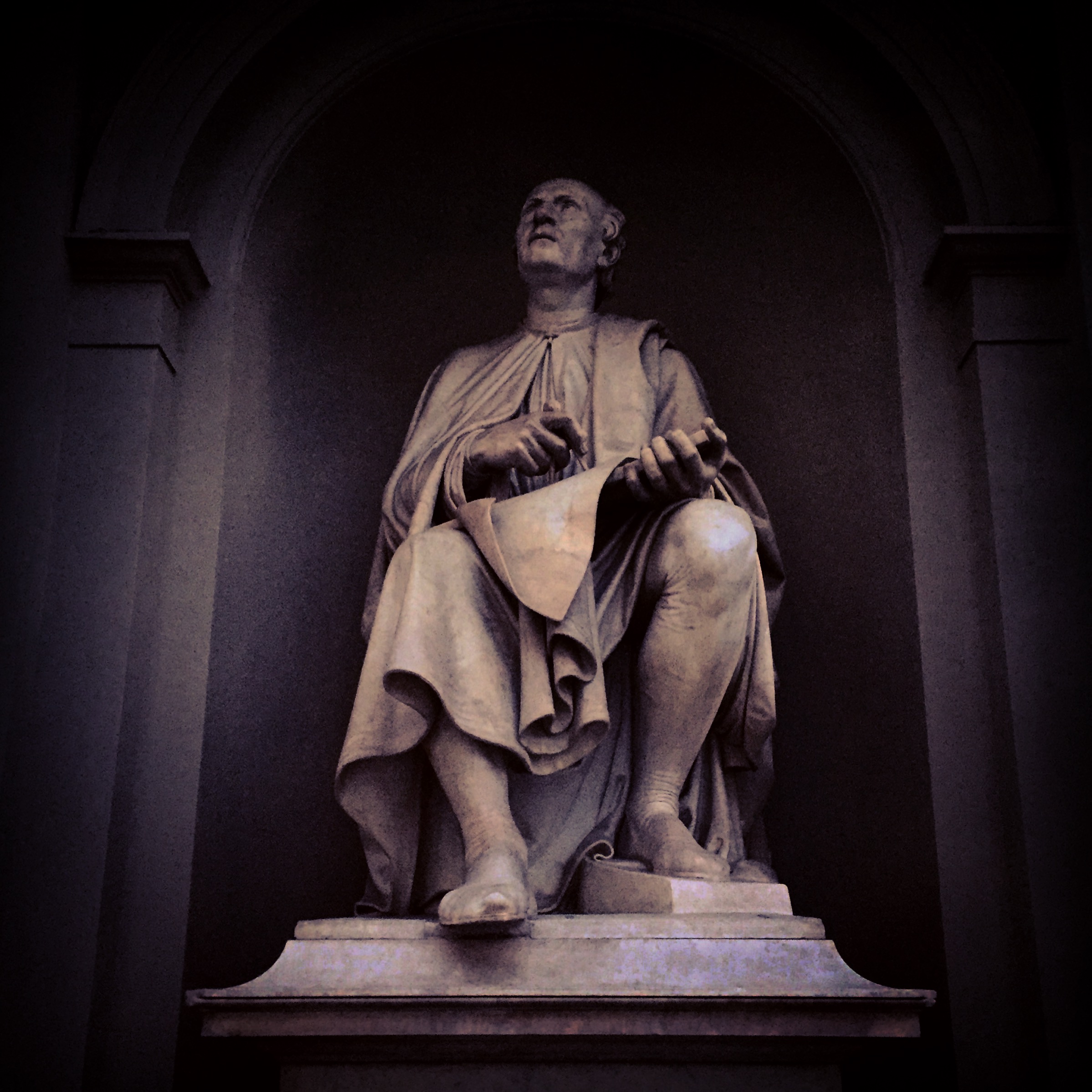 It was built in the 6th century and began in 1296 and was completed in 1887. Nowadays it has become a number one tourist attraction for Florence. You can enter the Duomo and get on the dome and the Giotto Campaign, but I will give more details in the “useful information” section. In the cathedral itself you can see various arts such as busts of significant personalities, Giotto’s bas relief, and the dazzlingly dug-shaped dome.

Apart from the duomo, it is worth mentioning a very important building for Florence, the Battistero. It is a building for baptising ceremonies. The place has many frescoes that impress all visitors, but the real attraction of this small building is the golden gate that looks out into the cathedral. It is believed that this is the gate to Paradise and that it was built in the name of faith.

Useful information:
Tip number one! Buy a combined ticket for sights worth 15 euros, including all the entrances!;
You need to be informed on-site for the working hours of each site because they are subject to frequent changes;
The building and the tower do not have elevators, so you will need to climb: Duomo – 463 steps, and Giotto’s tower – 413;
I strongly recommend that you visit them at the earliest possible time to avoid the queue of tourists;
It is a curious fact that the Duomo is Florence’s tallest building, protected by law. That means no one can build a higher building in the city. The only building that is less than a few meters taller is the Florence Court of Justice;

The happiness to be an Italian #Siena The little jewel of TuscanyPiazza del CampoTorre del MangiaPalazzo...

The happiness to be an Italian #Venice Lost in VeniceSt Mark’s SquareSaint Mark’s bell towerBasilica of...