The freedom to travel is definitely what we can call 2022. Little by little, travel has returned to its former form and people have started to get to know old and new places in Bulgaria and abroad again.

On this occasion, we have collected a series of trips with the favorite places of some of the Bulgarian travel bloggers from ASTOM (Association of the Owners of Tourist Online Media), with which to prove to you how rich our country is, but also to inspire you for the next trip, because yes traveling in Bulgaria is always a good decision!

Near the highest village on the Balkan Peninsula – 1500 meters above sea level in Rhodopes mountain village of Monastery is the waterfall “Holy Spirit“. Its height is about 15 meters and is located on the river Manastirska. Its location is about 1.5 km. walk from the centre of the village of Manastir. It was declared a natural landmark in 1965, and the area of 0.5 ha around it is protected. 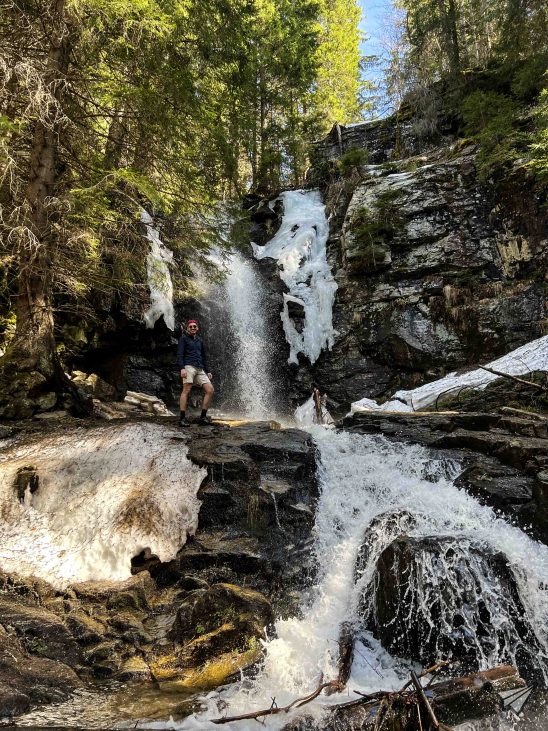 Stanislav from TravelTasty: The Golden church near Veliki Preslav village

The Golden church near Veliki Preslav village, known as well as the Circle one because of the specific shape of the building, is maybe the most beautiful example for the importance of the Christianity, which the ancient Bulgarian tsar Simeon The First have given strengthening the position of the First Bulgarian Kingdom in front of the other monarchist. Together with the dynamic development of the literature and the culture, he invested a lot of efforts to become equal with the Byzantium monarch. An example of these aspirations is exactly the Golden church, built close to the south entrance of his new capital Preslav.

As an alumnus of the University of the Palace Hall of Magnaura in Constantinople, received the Christianity by the Ecumenical Patriarch of Constantinople, Simeon The First thought that the new religion would not only bring the young Bulgarian state out of the fog of paganism, but also unite the Bulgarians scattered between the three seas. That is why he started the construction of the temple. The building was completed around the nine hundredth year, inlaid to the finest detail with the achievements of the “Pliska-Preslav” culture. This was also the hidden symbolism of the church – to single out and emancipate the Bulgarians, who were too strongly influenced by Byzantium after their Christianization. 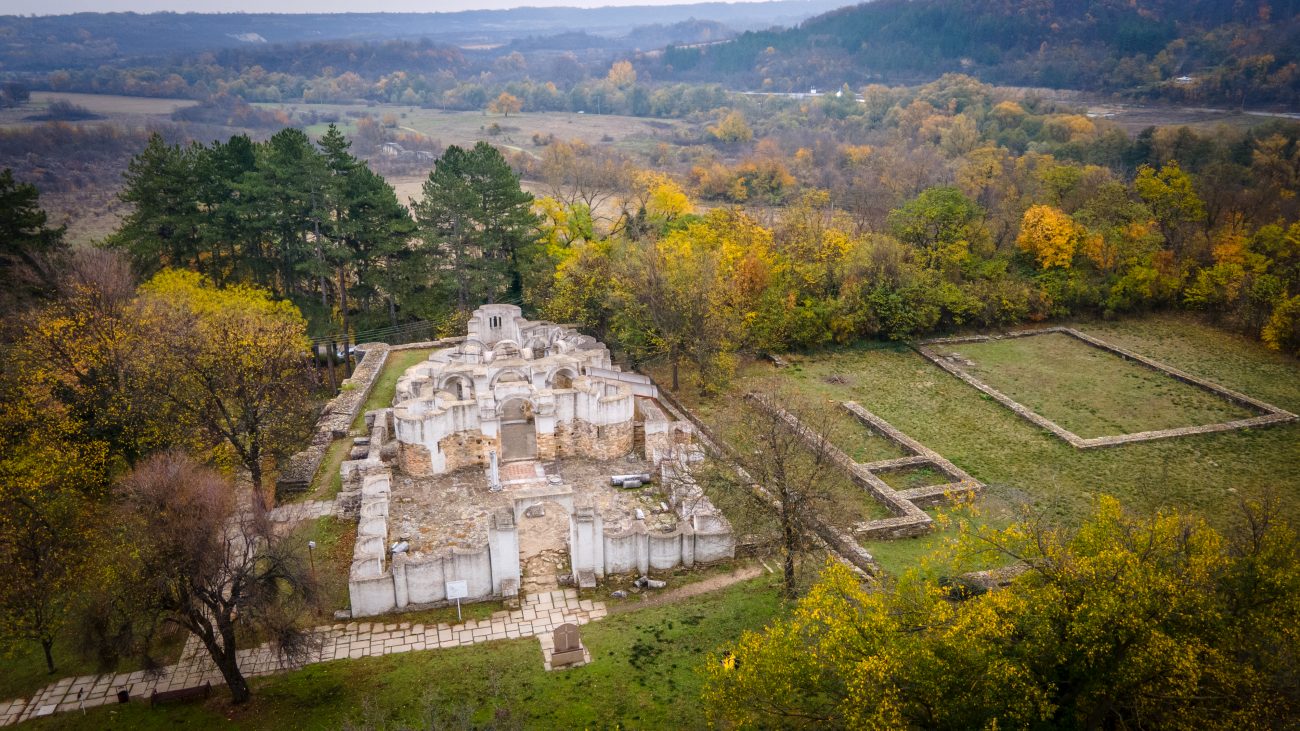 The guests of Burgas can visit Aquae Calidae – the healing mineral spring and the restored bathroom of Suleiman the Magnificent (1520 – 1566). You’ll find it absolutely remarkable, lined with marble and typical oriental ceramics.

The place was famous far and wide since Antiquity and the Thracian era as the Sacred Spring of the Three Nymphs-Healers. In 339 BC, Philip of Macedon used its healing waters during his campaign against the tribes.

Aquae Calidae has its curious role in the creation of the Bulgarian state south of the Danube River. In 680 during the Battle of Ongla, the Byzantine Emperor Constantine IV Pogonatus (668 – 685) announced to his army that he was leaving the battlefield to cure his gout at the healing spring. This was interpreted as an escape and the demoralized Byzantine army was defeated by Khan Asparuh. The thermal spring was renamed to Thermopolis.

The mineral baths were destroyed at the beginning of the 13th century by the Knights of the Fourth Crusade. 300 years later Suleiman the Magnificent restored them as a hammam as a gratitude for his healed gout.

Today, that is one of the “new” sights of the city of Burgas. It’s been open to visitors since 2015. Guests can watch the history of Aquae Calidae based on 3D mapping. Here you can also find a cafe, souvenir shop, playground, amphitheater, museum and a brand-new spa center. 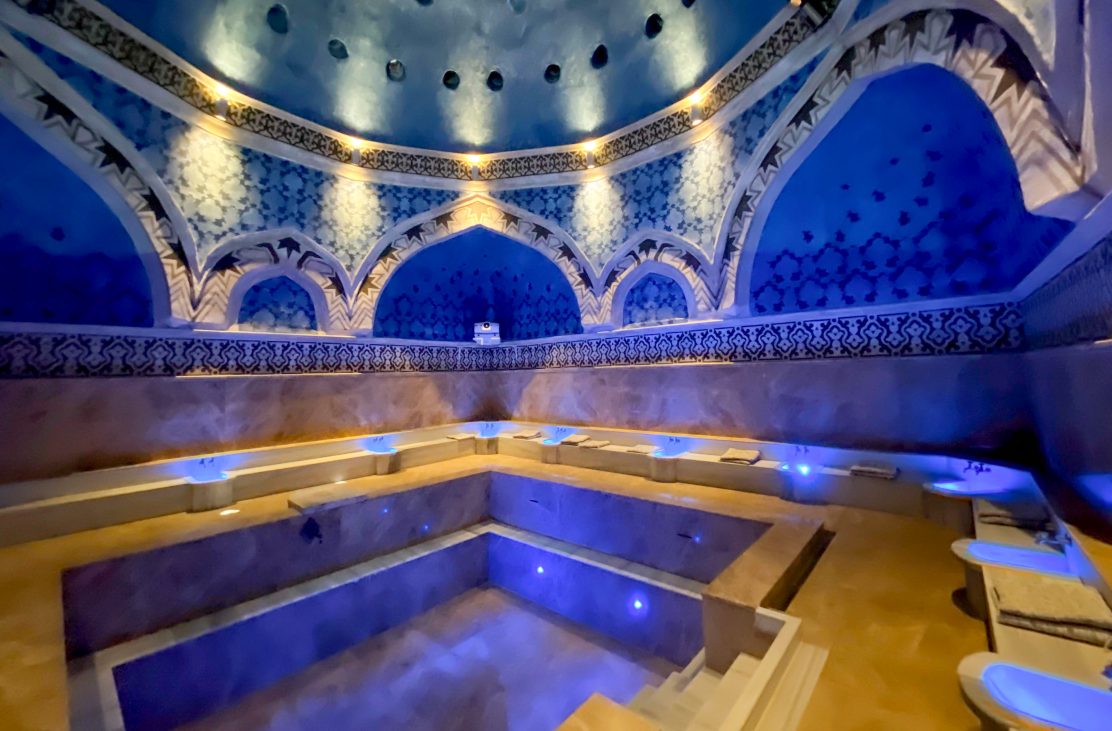 Spano Pole shelter grabs the attention with its beautiful bungalows with red roofs with white dots which reminds us of small mushrooms. The mountain shelter has 10 bungalows and one big common sleeping area which can fit more people inside. If you want to visit the shelter, you should book a night in advance as it gets booked out fast. The shelter has a kitchen which prepares delicious soups, meals and breakfast for its guests. The hosts are very welcoming and smiling, they will make sure your stay is comfortable. They are ready to share any tips and advice for the hiking trails around. The shelter can be reached from the town of Sandanski (~2 hours) or from Vihren hut (~3,5 hours) above Bansko. 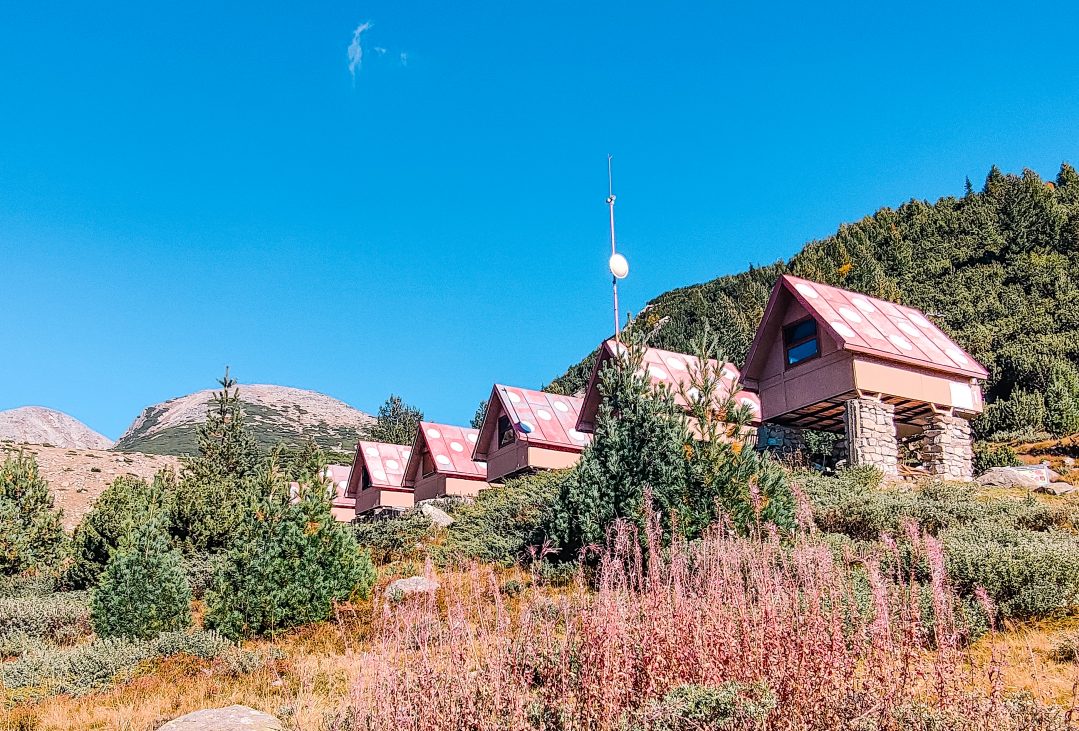 The hike to Popovo Lake is one of the easiest and most pleasant routes for a one-day hike in Pirin. The starting point of the route is the Gotse Delchev hut, from which you can take a lift to the Bezbog hut and the Bezbozhko lake. Next comes “The soul taker” – the steepest part of the route, but once you climb it, the majestic beauty of Pirin awaits you. The breathtaking views awaken the the feeling of harmony and happiness. The senses cannot get enough of the beauty of nature.

Popovo lake is located at an altitude of 2233.5 m. It is the second largest in our country and in the Balkans. In the middle of the lake there is a small island covered with squat, which people call “Kilimyavka” because of the various legends related to the history of the lake.

The entire route from the Bezbog hut to Popovo lake and back is about 7 km long and we, coming from the sea side, without much mountain hiking experience and with a child in the company, did it in 4 and a half hours with time for breaks and photos included. 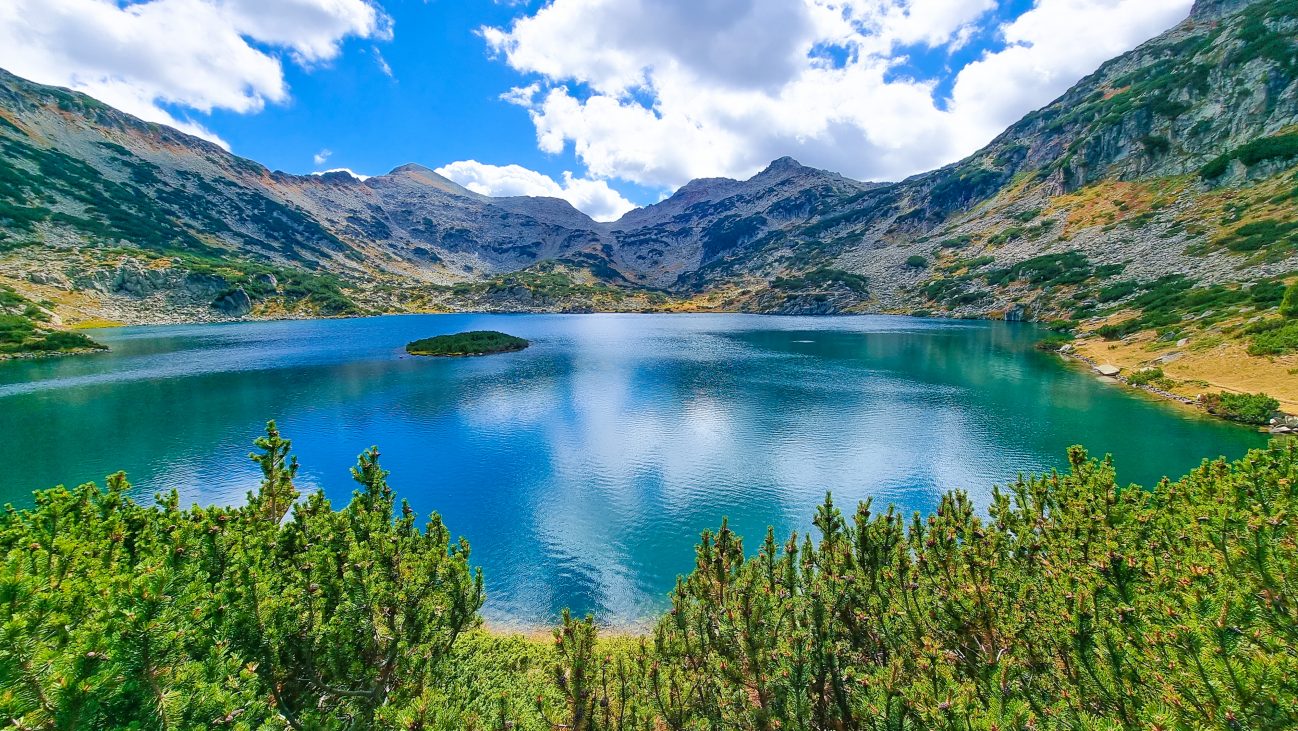 The Pirin mountains are harder to hike in than the Rhodopes, but they have a specific magical sense that few other mountains in Bulgaria have. Muratovo lake is one of the easier to reach spots in Pirin. At night you can see countless stars and a bright and beautiful core of the Milky way galaxy. You can leave your car near Vihren hut and then take the steep rocky trail to Muratovo lake. The hike is about an hour and a half and you can take a break right in the middle – take a 5 minute detour to lake Okoto. 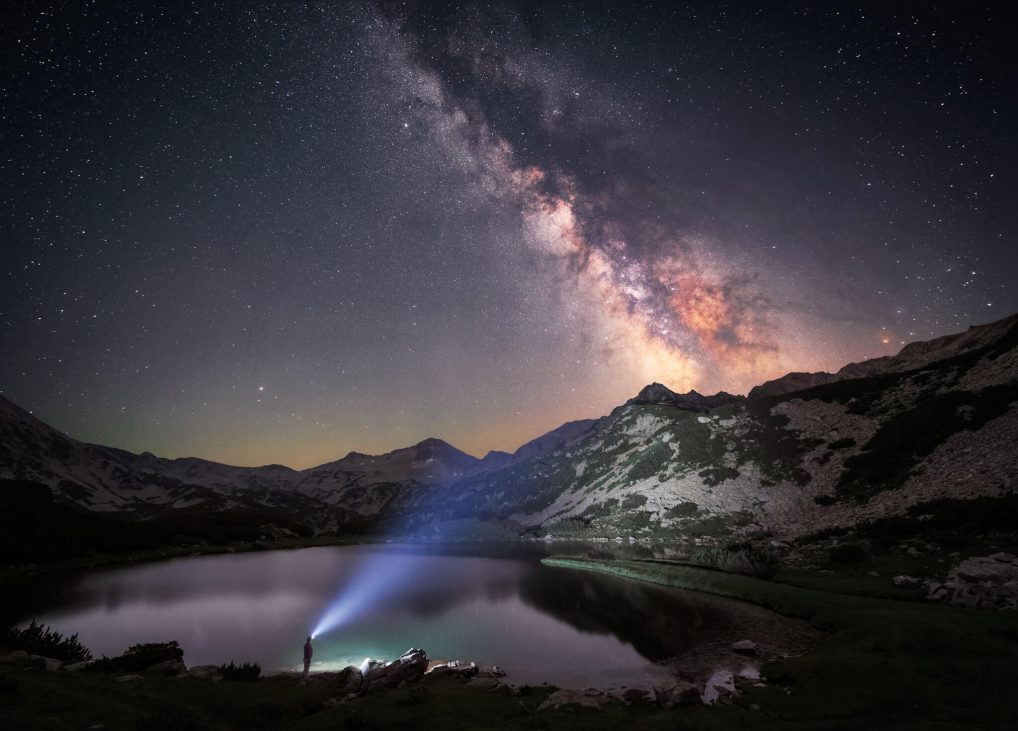 Giorgia from Tips from Giorgia: The rope bridge to Lisitsite village

If you are on your way to the Eastern Rhodopes, make sure to include the bridge to the village of Lisitsite (which means “foxes”) on your bucket list. This is the longest rope bridge in Bulgaria with its 260 meters length. Apart from the bridge itself, you are going to be impressed by the views surrounding you, the nature and the reflections in the mirror waters of the Studen Kladenets dam. An interesting fact is that the rope bridge to Lisitsite is the village only land connection with civilization. Make sure to visit it! 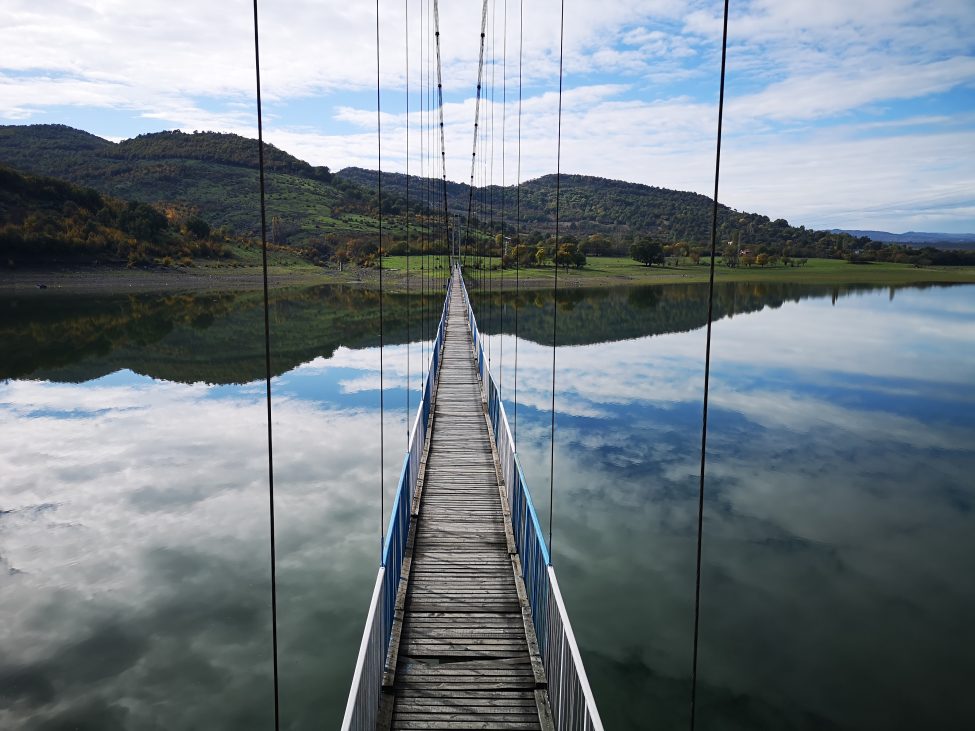 Nadezhda from Traveler diary: The Chilingira Eco-Path and the view over Vacha Dam

Vacha is one of the largest dams in our country and undoubtedly one of the most beautiful places we have visited ever. Breathtaking views – these two words describe the best way Chilingira eco-trail. With a length of almost 2 km, the route offers an extremely pleasant ride almost entirely on flat terrain, except for the first third of the route. In less than an hour, we enjoyed charming panoramas, and the end of the path became our favorite moment – the rock Kutriov Kamak and the view towards the entire dam. 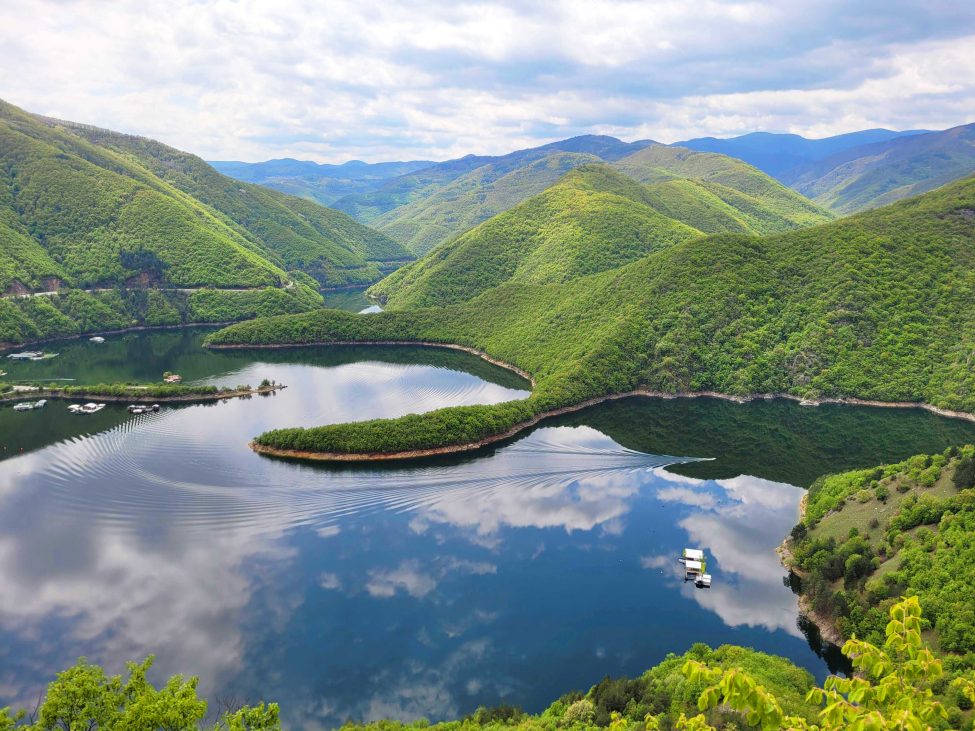 Macedonia Hut is located at 2166 m in the Mechi Prohod area, Rila mountain. It was built in 1937 on a voluntary basis. The hut is cozy and well maintained, the food is delicious. It offers a wonderful view of both nearby and distant peaks, as well as the valley of Blagoevgrad. If you are looking for a peaceful place, away from the crowds, you will find it here. The south-western parts of Rila are one of the least busy places for tourists. The route I recommend starts from the Bodrost hut through the Macedonia hut, the two peaks above it – Angelov and Golyam Mechi peak, as well as returning through the ridge of the Parangalitsa reserve to the Kartala ski park. Beautiful panoramic views, tranquility, million stars and handfuls of blueberries are just some of the things that await you during the warmer months. In winter, it is a great option to go for ski-touring, contemplating the white hills around you. 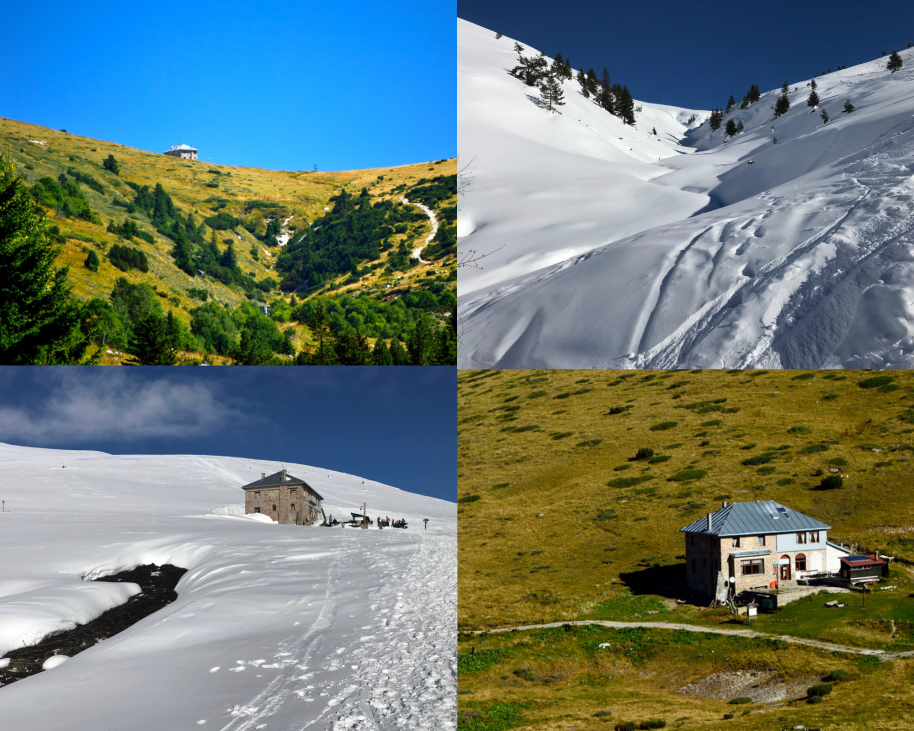 A favorite place for an early morning walk, especially during the fall season. Provides an opportunity to capture interesting forest shots at any time of the year.

Also known as Galunka, the eco-trail is suitable for people of all ages. With almost zero unevenness, it connects the villages of Bistrica and Zheleznitsa. Its length is a little over 4 kilometers and can be easily passed in an hour and a half with several breaks and photo pauses. There are also a number of dedicated picnic areas.

My son (2 years old) also had a lot of fun collecting all kinds of forest treasures that Galunka had carefully left along her way. 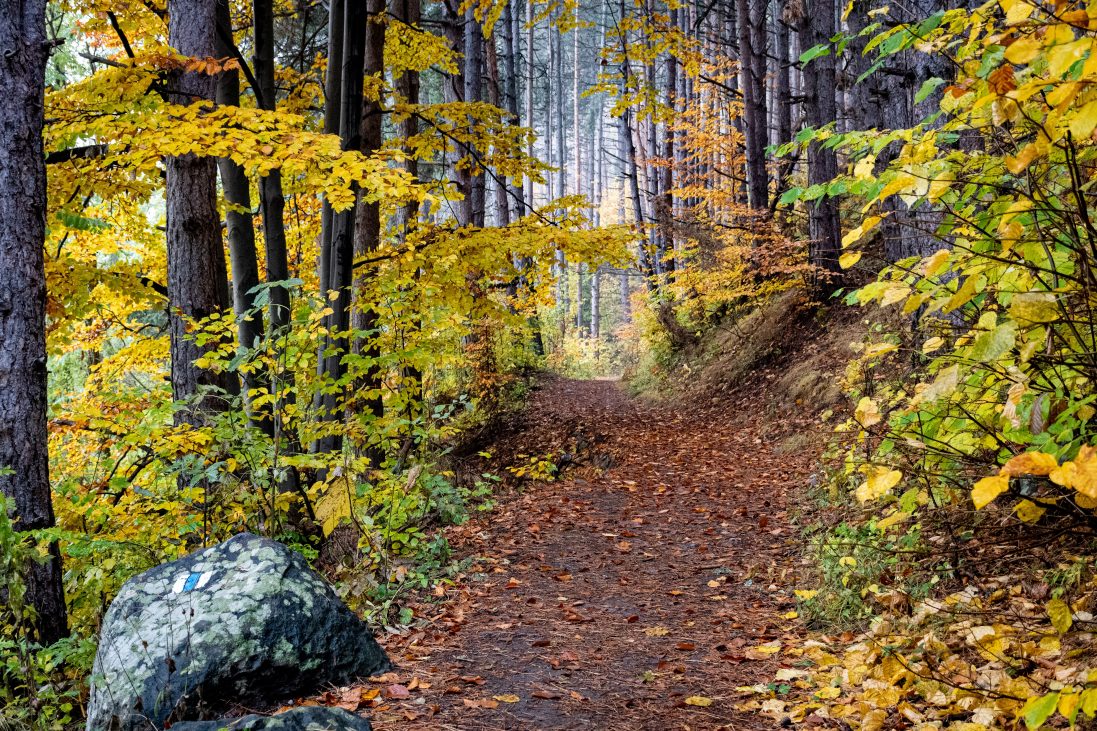 Elena from My Places to Visit: Village of Mostovo

As if out of a postcard, the wonderful village of Mostovo is perched on a small hill at the foot of the Rhodope Dobrostan hill. Surrounded by the gentle embrace of the Rhodope Mountains, the village changes its clothes every season – sometimes it is snow white, sometimes it is lush green, sometimes it is speckled with the patterned carpet of autumn. The truth is that its nature is beautiful at any time of the year and invites you to visit it in any season. Located 27 km from Asenovgrad and 160 km from Sofia, the village is in the middle of an energy triangle – Krastova Gora, Belintash and Karadjov Kamak, and precisely from here depart the walking routes to these sanctuaries. The trails are scenic and pleasant, so don’t hesitate and sweep the backpack on your back.

The village cannot boast of many sights, but the picturesque nature and old houses with flower gardens give it enough charm. Still, take a walk to the pretty white church of St. Dimitar, which is located at the foot of the village. There is also the natural stone bridge from which Mostovo takes its name. Ask the locals where the small cave with healing water is in the middle of the village, chat with a grandmother or just enjoy the peace and quiet.

Browse the favorite places of Bulgarian travel bloggers for:

Slowly observing the endless magic of the Atlantic

From Lisbon to Porto and everything in between plu

Perfection doesn’t exist? Have you ever seen th

Strasbourg – history, art and… tarte flambée Strasbourg is situated in Alsace, a region with an atmosphere that...

4 Years on the Scottish North Sea Coast If you were to ask me how much I knew about Scotland before landing at the...