The favorite places of the Bulgarian travel bloggers in Bulgaria 2021 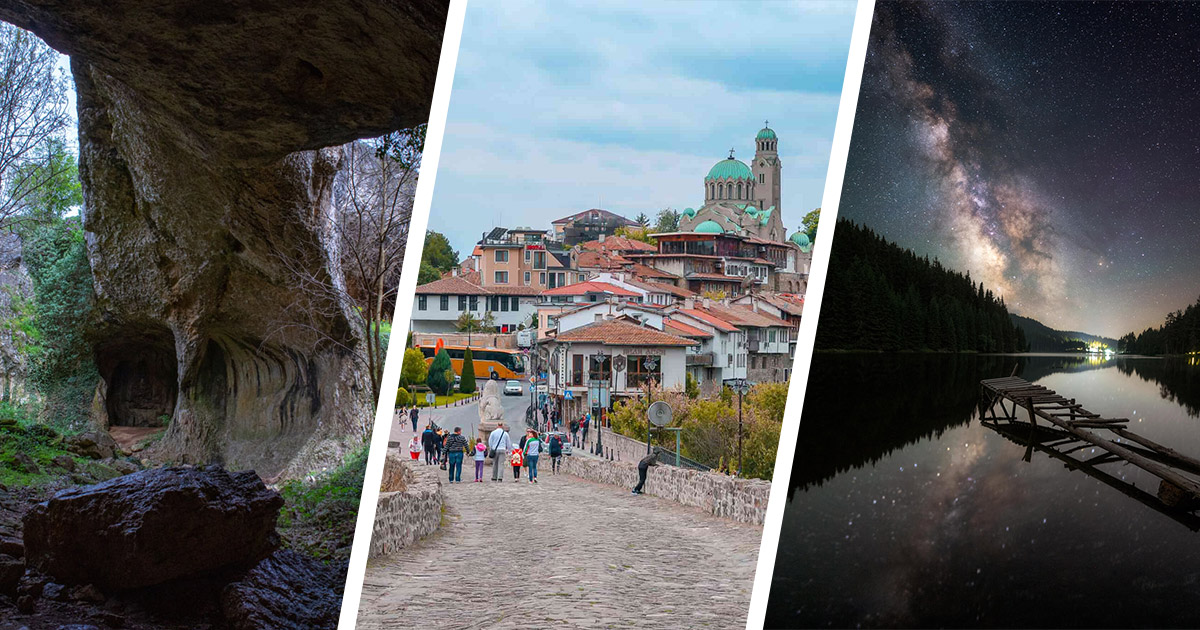 The pandemic definitely opened people’s eyes and made them think and plan their vacations more carefully. But every challenge has its advantages. Although the situation was more favourable for traveling during the summer seasons, many people chose to indulge in their native landscape and be tourists in their own country and thus rediscover its tourist treasures.

That is why we have gathered a series of trips with the favourite places of some of the Bulgarian travel bloggers from ASTOM (Association of owners of tourist online media), to prove how rich our country is, but also to inspire you for the next trip, because to travel in Bulgaria is always a good decision!

Dario from Exploring beyond Sofia: Mine Tsar Asen

Looking for a mysterious and beautiful place? I have the ideal destination for you, the abandoned mine Tsar Asen. An interesting and extremely hypnotizing place. The history behind it is simple – back in the socialist times this was a place where they yield non-ferrous metals but after that was abandoned. Today the mine is unusable and has become a large crater, which is filled with stagnant water. Despite its non-functionality, the view nowadays is really impressive. But it is extremely forbidden to touch or drink the water from it because it is very toxic and dangerous for the health. Must confess that this place was in my bucket list for a long time and I am very happy that I finally saw it with my own eyes and we were the only visitors to enjoy this beautiful semi-natural semi-human made “attraction”. And actually, is very affordable to reach it, only 1.30 h of traveling from Sofia.

Shiroka Polyana dam is one of the most stunning places in Bulgaria. It’s about a one hour drive from Velingrad, deep in the Western Rhodope mountains. Morning mists are very common and they make sunrises incredibly gorgeous, but what I, personally, liked the most, is how well you can see the stars at night. The starry reflections in the dam’s waters are just unparalleled. There are lots of spots for camping, but my tip is to take a higher vehicle – the dirt road around the dam is a bit rough.

Near the Prohodna cave (Karlukovo) is situated a small rock monastery – St. Marina. The place was sacred in pre-Christian times. It is known that there was an old Thracian temple built at this place in honor of the mother goddess Bendida. The rock monastery was built in the 13th century in a rock niche above the Iskar river. Until the beginning of the 19th century, hermit monks, known as hesychasts, found solitude in the holy monastery, forsake everything earthly and spending their days in strict fasting and prayer. The new temple was completely restored with donations and the work of volunteers. Despite its small size, the church impresses with its beautiful colourful frescoes that cover its entire facade.

I love magical places! Those that awaken the child in me. I have always admired the flight of the human spirit and imagination. Meeting it has always inspired me. I have witnessed it in many places around the world, but I am particularly happy when I have the chance to see it here in Bulgaria. Some call them the Flintstone Houses, others the Hobbit Houses, but whatever you call them, the fact is that these houses take you back to your childhood, to the fairytale worlds, that each of us has built within our own imagination, while our mother or grandmother revealed the mysterious worlds from the pages of the fairytale books … Every detail, every element of these houses is fabulous and beautiful. The tables and chairs, the window and door frames, the grassy roof, the wooden sleigh and the fireplace, the cute chimneys with crooked hats, the bird houses on the facade, everything, everything, everything!

Elеna from Drumi v Dumi: Meander of the Arda River near the village of Star Chitak

One of the most beautiful meanders of the Arda River is where the Borovitsa River flows into the Arda. It is located near the village of Star Chitak, about 30 km west of Kardzhali. I was lucky enough to see this bend of the river from almost all sides. First I saw its classic view not far from the road to the aforementioned village. Then I looked at it from the opposite side, then from the ridge at the panoramic benches called “Paradise view“, and finally from the heights of Patmos Fortress in the heart of the horseshoe. All those views were absolutely amazing!

Hotnitsa waterfall is located near the village of Hotnitsa and only 20 km from Veliko Tarnovo. I first found myself there a few years ago and since then I keep coming back to it. Extremely beautiful and with a majestic roar from the falling 30 meters water. The waterfall is year-round and is fed by the Bohot River. There is a meadow just in front of the waterfall, which is just the perfect spot for a picnic with a view. It is also a good place to escape the summer heat. Those who have been to Tarnovo in the summer definitely know how hot it is outside. If you are a fan of a more dynamic holiday, you can take a walk on a small eco-trail. It starts to the left side of the waterfall and climbs steeply on the rocks to reach above the waterfall. You cross the river on small wooden bridges and descend on the other side. It is about 1.5 km long and the walk through is relatively quick.

Koprivshtitsa is one of the must-visit historical places in Bulgaria in case you want to learn more about the period of the Bulgarian National Revival. Regardless of the season, the town has so much to offer: amazing architecture, friendly people and delicious local food served in the numerous guesthouses. You should spend at least three days in Koprivshtitsa in order to visit all of the ethnographic museums and houses of famous Bulgarian revolutionaries from the late 19 th century, such as Luyben Karavelov, Todor Kableshkov and Georgi Benkovski. Walking down the narrow streets of Koprivshtitsa you will stumble upon several beautiful churches, one of the oldest schools in Bulgaria, as well as the bridge where the April Uprising started in 1876. Last but not least, you can follow one of the nearby hiking paths for great views over the colorful houses of Koprivshtitsa.

Victoria from My Travelling Self: Rock Maze Peshketo

The weird rock formations, shaped by nature in the most incredible places, always provoke my attention and curiosity. In 2021, this impulse brought me to the region of Vratsa, near the village of Lilyache, where the surrounding hills hide breathtaking rock bridges and caves connected by galleries. Beyond the outskirt houses of the village, the nearby landscape does not seem to suggest what will be revealed to the human eye after passing (or rather crawling) under the low rock arch, which serves as the entrance to the maze. And despite all the various photos of the place spread on the Internet here and there, it grasps you by surprise and unprepared for what is exposed to you, when passing on the other side of the narrow passage and you instinctively hold your breath, falling into a spacious hall with high and impressive rock arches above. The feeling is amazing and it is definitely worth including this magnetic place when planning your next trips.

Ivanili waterfall is one of the most beautiful natural phenomena near Gabrovo. We head in the direction of the villages of Solari and Ivanili, which are located only 7 km from the city. At the entrance of Solari we are greeted by the renovated bus stop, and a few meters further we see the brand new attractive sign, which shows us the distances to several other world and native water cascades. Here is the beginning of the eco-trail with a length of about 1.2 km. Its end is at the waterfall, which is formed by a small lush river, and its water flows from a height of 7-8 m. Below it is formed a beautiful and deep heart-shaped pond. The area is beautiful for walks in any season and we can’t wait to come back here again.

Trayan from Backpack Nerd: Pancharevo Lake – a walk with a baby

You are wandering around Sofia and want to take some new walk except the already well known parks. You want it to be kind a wilder and panoramic walk but at the same time easy and comfy for the stroller of the youngest member of the family – Pancharevo is your option with its lake.

Lyubomira from Bulgarian On The Go: Veliko Tarnovo

Veliko Tarnovo is undoubtedly one of the most beautiful cities in Bulgaria and my favorite place to visit during any season. I got to visit the old Bulgarian capital several times in 2021, the last of which was combined with seeing the traditional show “Sound and light”. The show retells the history of Bulgaria, using hundreds of projectors and touching music. “Sound and light” is always projected on the facades of the  Tsarevets fortress and can be observed from several places in the city. The sights of Veliko Tarnovo are certainly not limited to the show “Sound and Light“. Here you have the opportunity to visit old fortresses, preserved churches, colorful streets and interesting museums. And don’t forget to pick up a souvenir from one of the many arts&crafts shops.

Browse the favorite places of Bulgarian travel bloggers for:

The wild nature of Madzharovo

Lyon – city of two rivers My first thought when I arrived in Lyon – what a big French city. When I say...