For the love of freedom

Stara Planina, the most windy place in Bulgaria, is a mountain that offers a combination of amazing natural landscapes and significant historical monuments for Bulgaria. The very trip I had in this part of our country was extremely favourable in terms of time and experience. The adventure was during a sunny November day with my colleague bloggers from Shape Style and Healthy Inspiration by Joanna.

For me, this journey was an inspiration to re-discover myself, surrounded by breathtaking panoramas, and clear my mind from the parasitic thoughts that rotate in my everyday life. 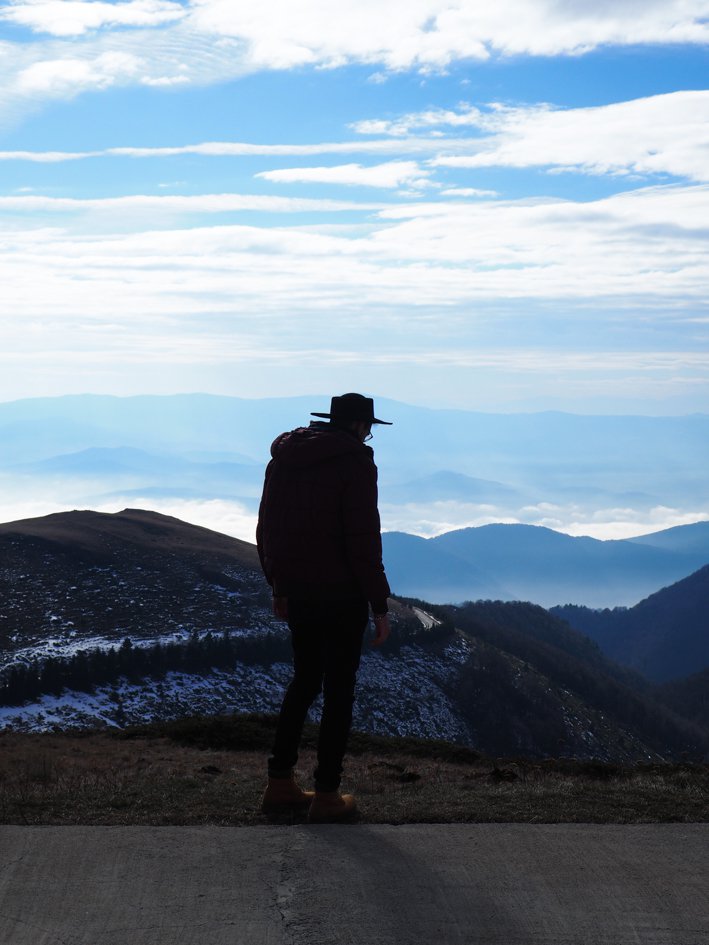 The places I am going to tell you about today are very different from each other, but they carry the same symbolism – FREEDOM! The thing our ancestors have fought for at the cost of their lives and wrote the history of our nation. That is why I am happy when I visit distant monuments that pay tribute to the numerous nameless heroes who have paid the most expensive price so that today we can call ourselves Bulgarians (in my case, maybe you know it is a bit more complicated as I keep in myself not only the Bulgarian but also part of Italy, but these are small details).

The Arch of Freedom

I confess, I did not know that this place exists, so I’m happy to travel constantly because I find such interesting places. As every country has rich history, it is quite logical to have an arc of victory, freedom, peace, and so on, but in most cases they are located in big cities (in Italy, example is Milan). In order to be distinguished, the Bulgarians have placed it at the modest 1595 m height of Mount Goraltepe. 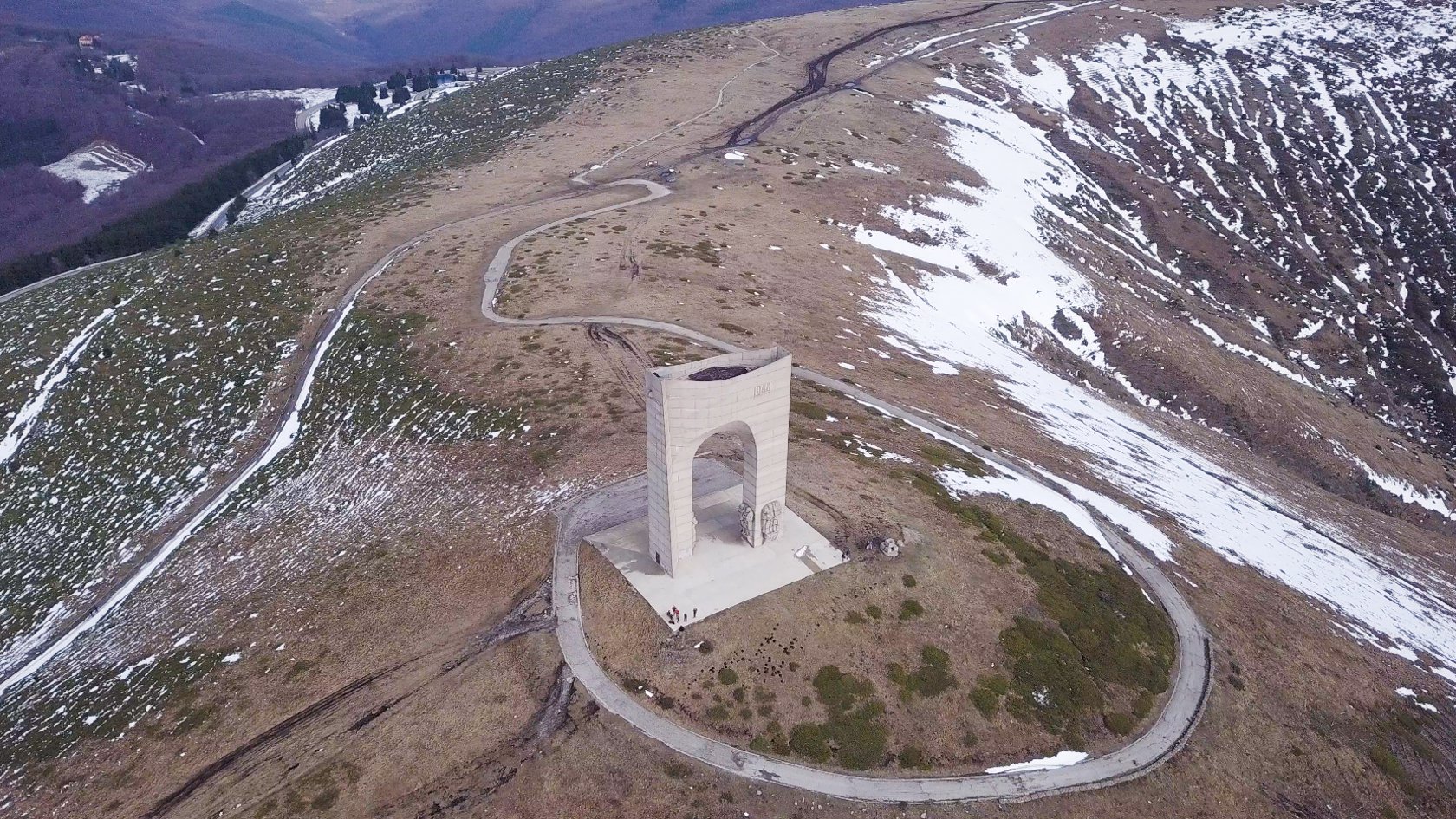 The building itself is in socialistic style, which is understandable as it was built on the 9th August, 1980. It has been dedicated to those who died during the Liberation of Bulgaria. Under the structure itself, we can see depicted rebels from different ages, as well as Russian soldiers. They were symbolically welcomed with bread and salt from women in Bulgarian folk costumes, respectively in 1878 and 1944. 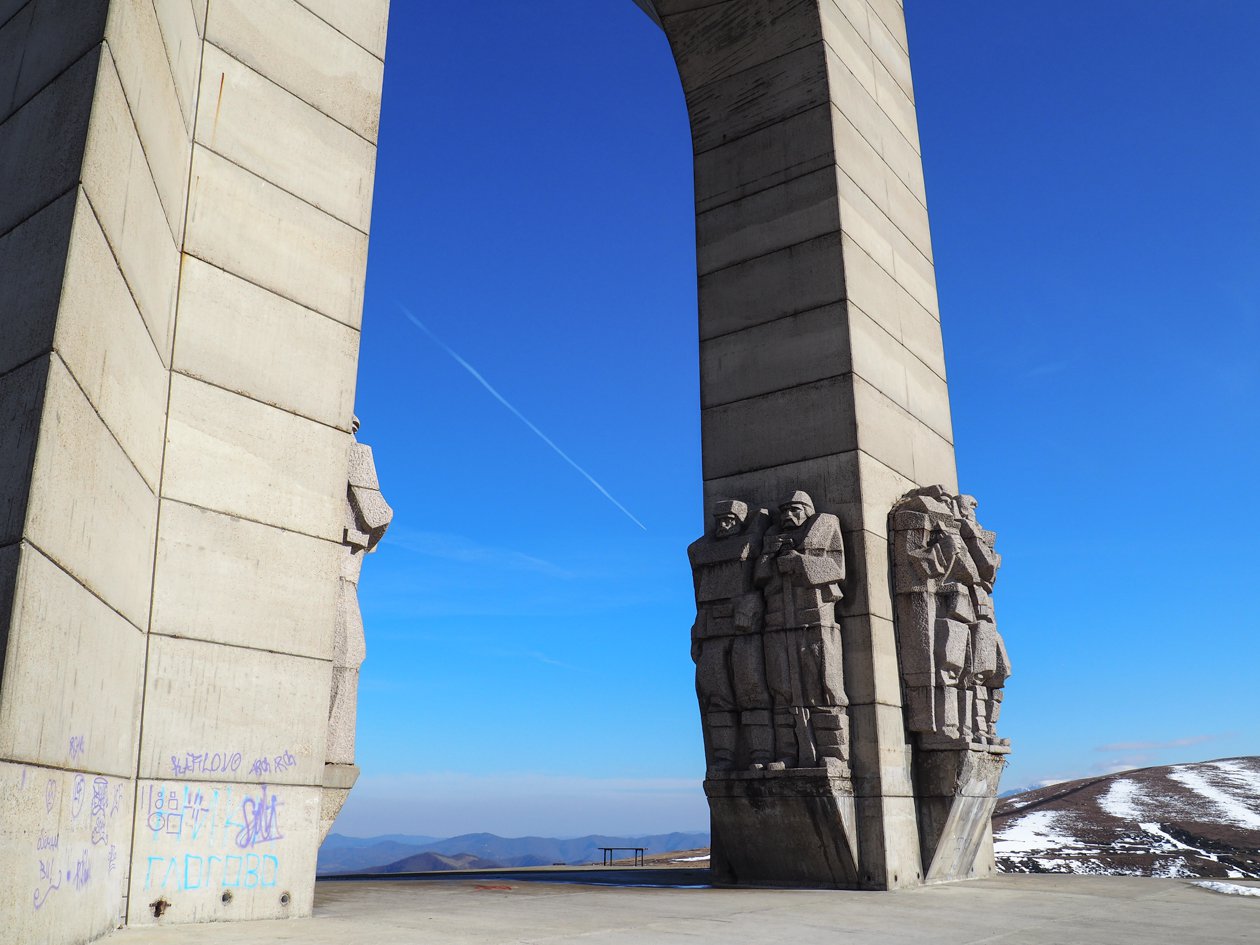 The two significant years are depicted from different sides of the monument, which is with the impressive hight of 35 meters. 1878 is on the north side of the arch, symbolizing the Liberation of Bulgaria. On the south side is 1944, when the state coup took place – the Ninth of September coup.

The place fills the mind with many thoughts about our history and all that is accompanied by the fresh wind of Stara Planina and the panoramas to the south to Rila, Rhodopi and Sredna Gora, to the north to Troyan and Beli Osam, and to the east and west you can see the others mountain peaks including highest- Botev.

The whole experience reminds me of one of the poems of Ivan Vazov, which I will allow myself to quote here:

Stara Planina is pretty a lot:

the flocks of herds, her beasts cheer,

spring at her feet hips bloom.

Useful information:
The Arch of Freedom is located in close proximity to the Troyan Pass;
Has a convenient and small parking lot;
As I mentioned the place is at 1595 m above sea level;
It is located 146 km away from Sofia via  Trakia motorway;
The location is extremely pleasant and is a good choice for a one-day escape from the city;
Keep in mind that you cannot visit it at any time of the year due to the extreme winter conditions at this height;

Whatever I write about this place, there will be no words to describe the emotion that is experienced when climbing the 894 steps. We were not able to visit the museum itself in the building but we certainly caught the sunset, which is more special for me. 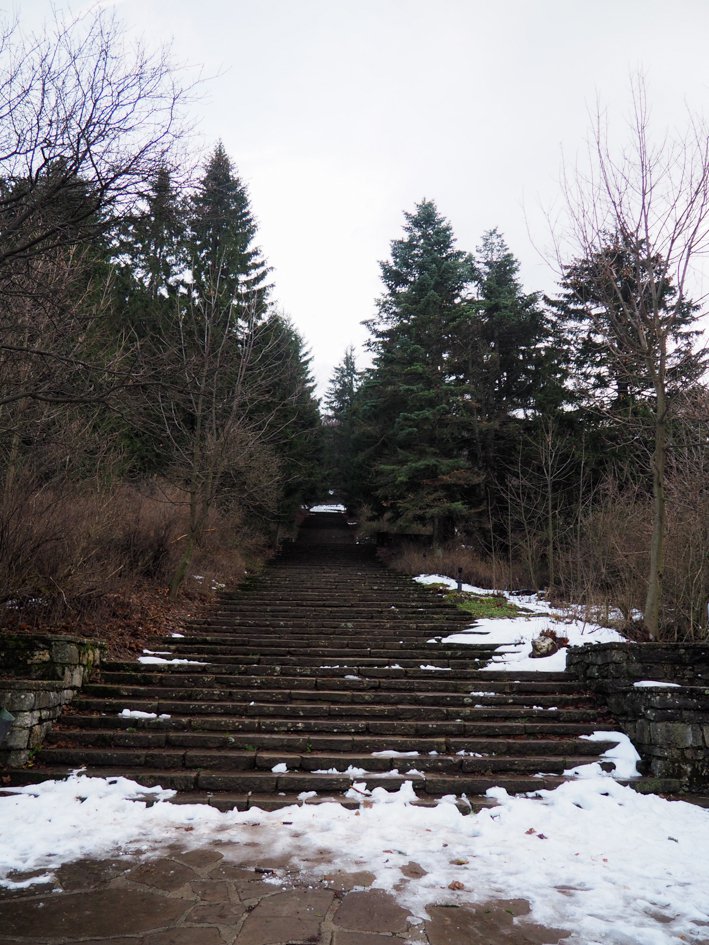 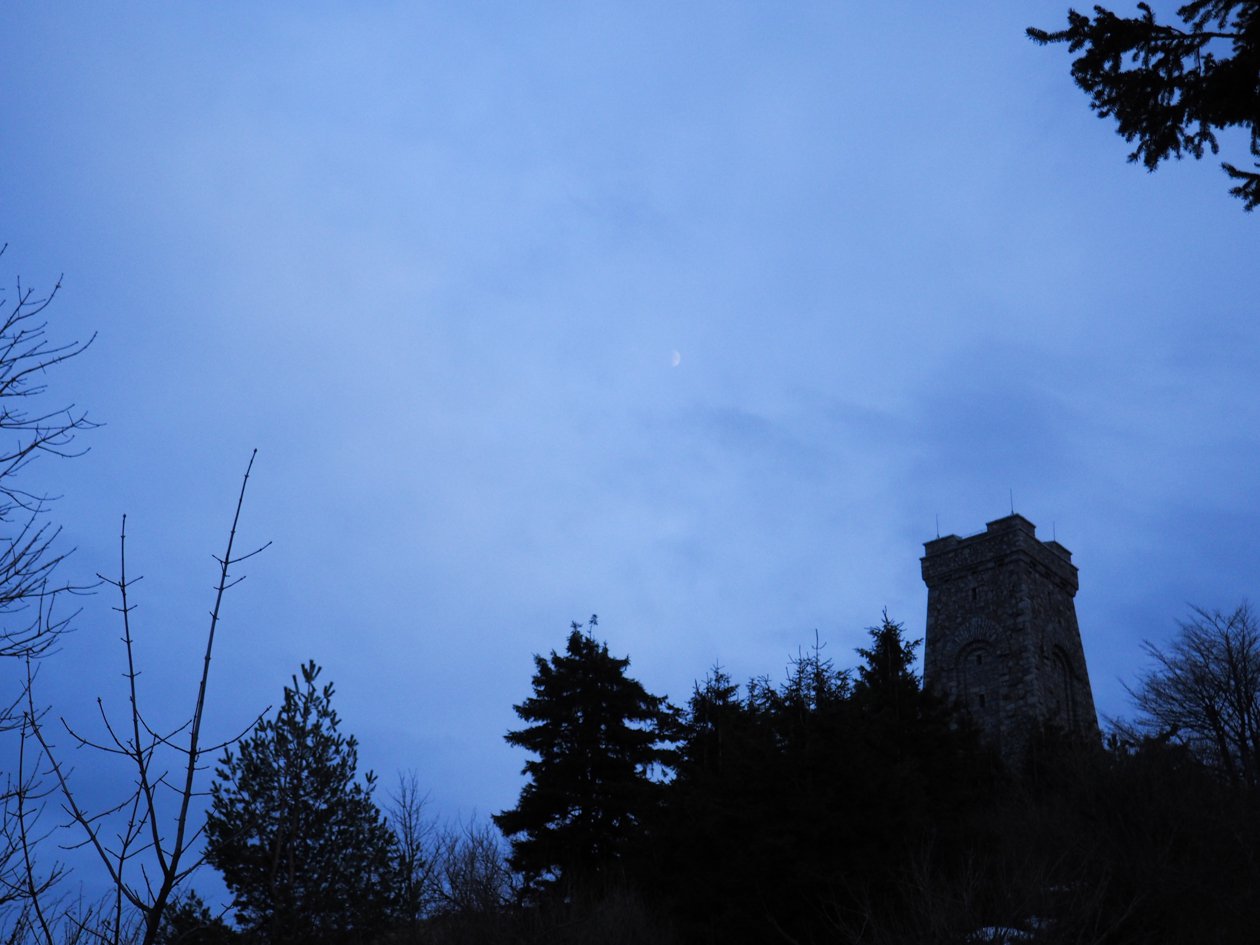 As I mentioned at the very beginning of the publication, the theme is freedom. The Shipka monument is the highest symbol of Bulgarian freedom, so it is extremely impressive to visit it. The historical events here are familiar to everyone, but let’s make a quick review. 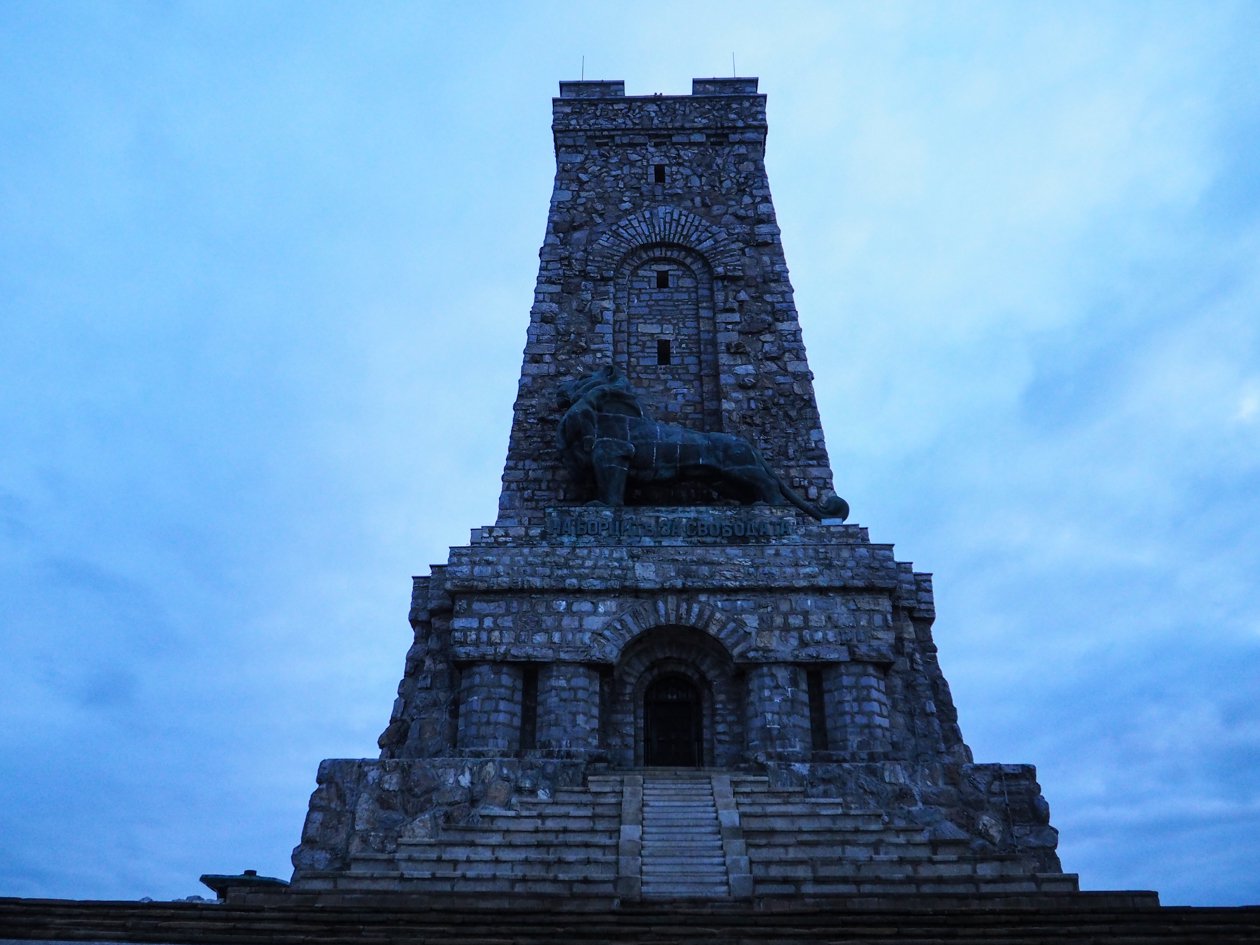 The aim of the monument is to perpetuate the feats of the fallen for the freedom of Bulgaria during the Russo-Turkish War of Liberation in 1877 which led to the liberation of our country. 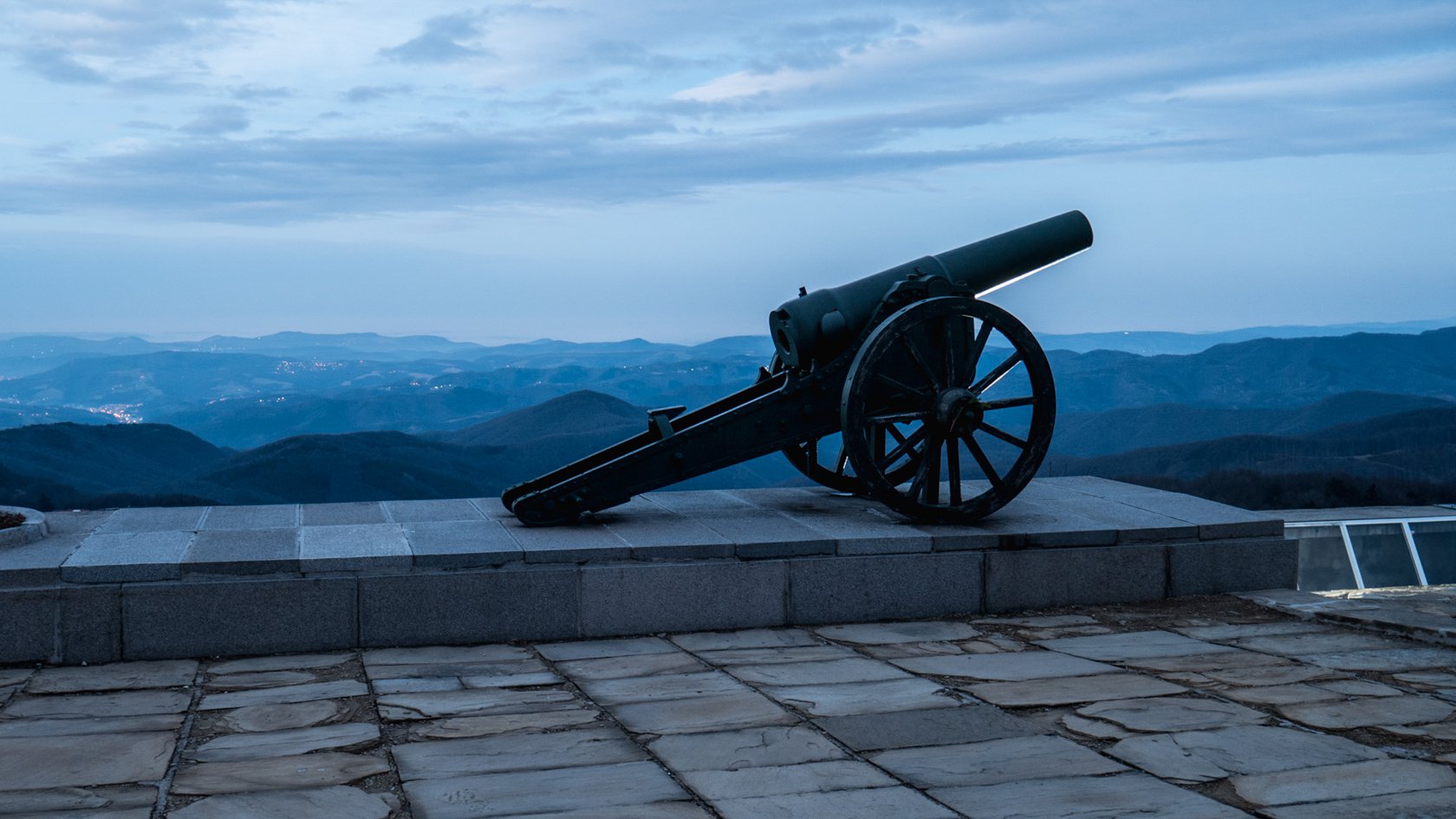 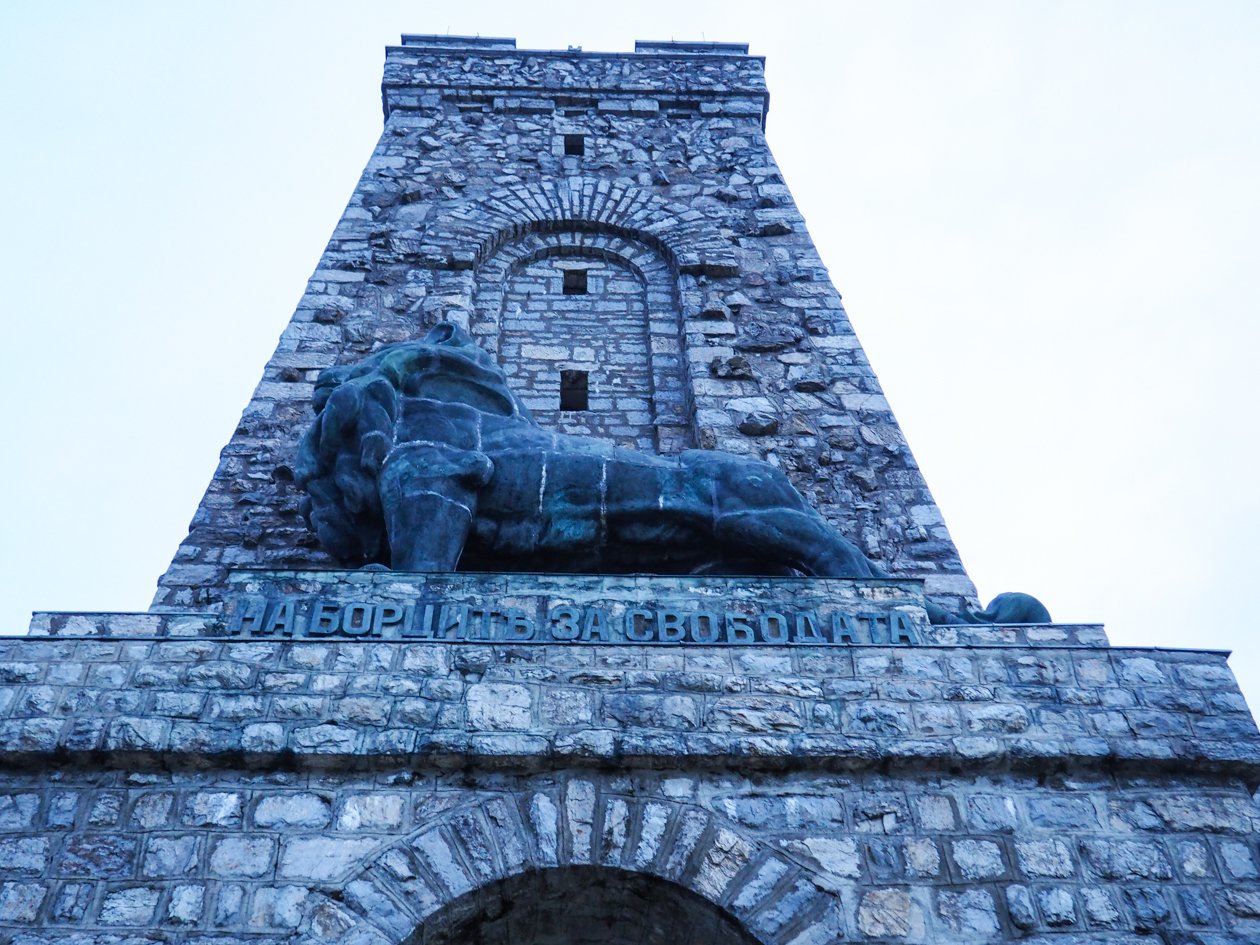 The monument itself is 31.50 meters high and is situated at 1523 meters above sea level and above the entrance of the tower stands a huge bronze lion, 8 meters long and 4 meters high. It was finished in 1930 and was solemnly opened in 1934. At the very ascent of the steps to the top you can see depicted scenarios from the battle against the Ottomans, which shivers us, but at the same time, they give us pride and respect for the freedom fighters! 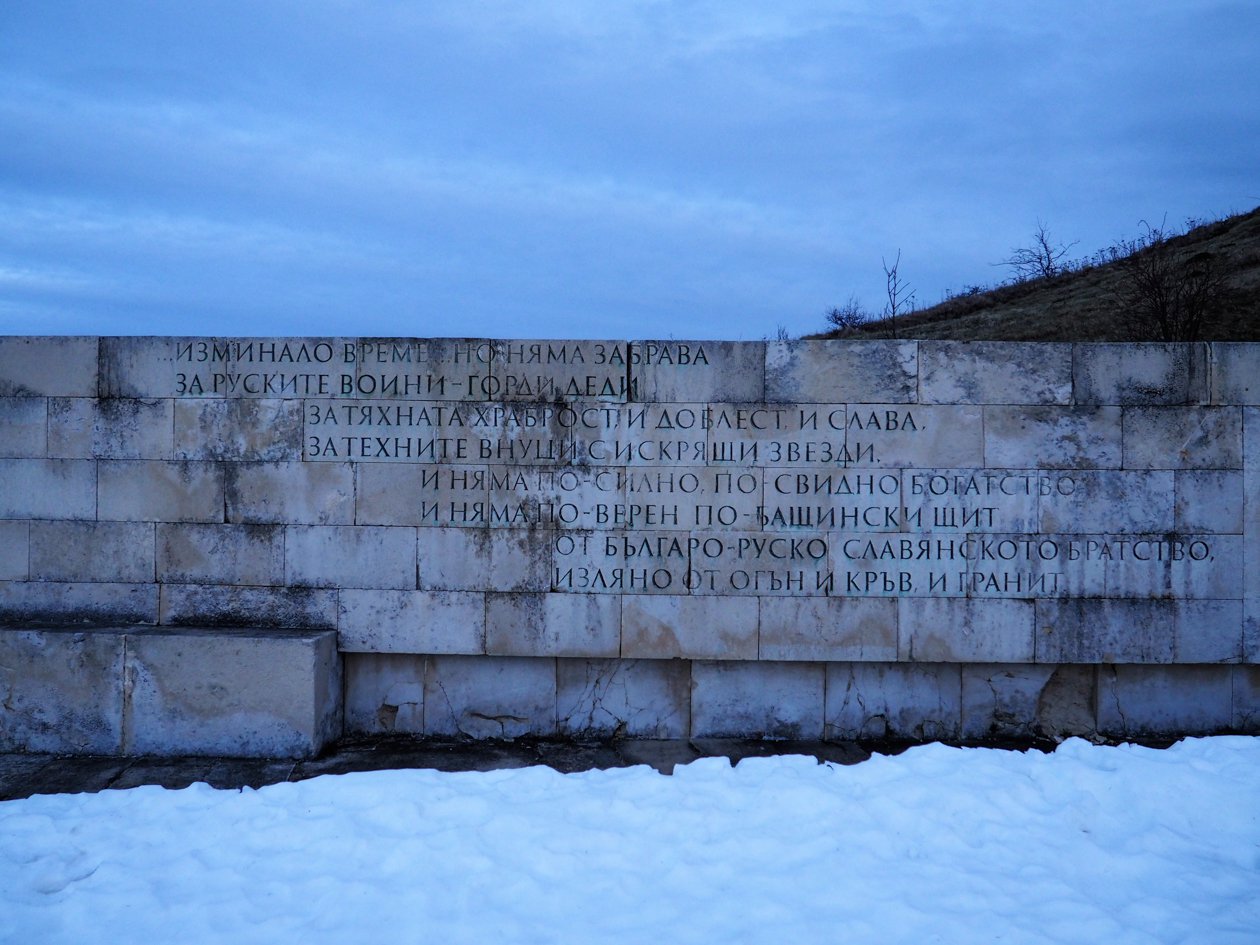 Talks:
in Bulgarian – 5.00 lv.
in foreign language – 10.00 lv.
lecture with film screening (in Bulgarian) – 10 lv
The place is unique as history, experience and view;
There is a parking lot at the base of the stairs;
The distance Sofia – Shipka is 244 km via Trakia highway; 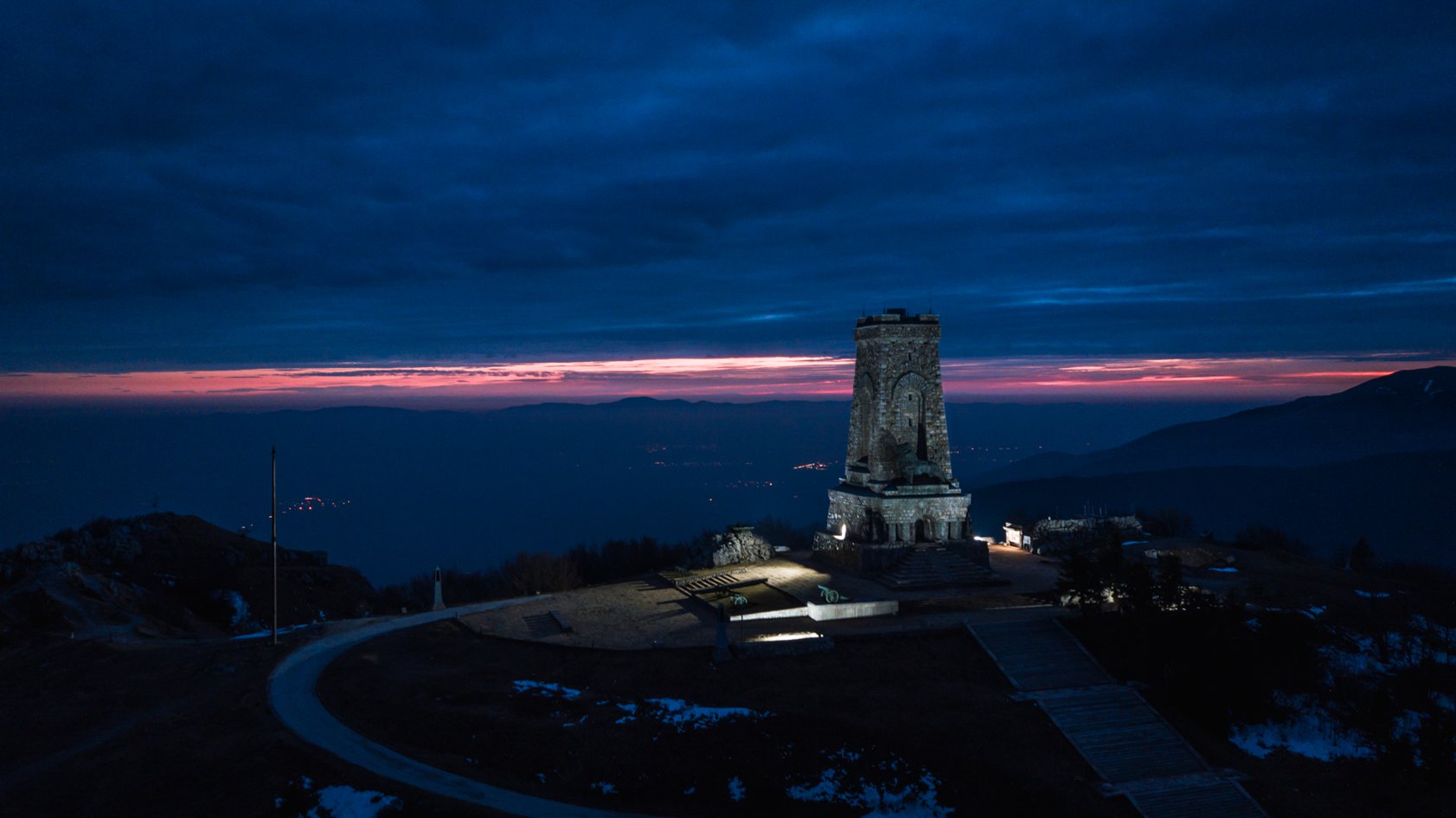 These are just some of the places we have gained in the history of our country. After half a century under Ottoman domination, we must value our freedom and what our ancestors have done to exist as an independent state. I want to finish the publication with a favorite quote of mine about freedom.

“He only earns his freedom and his life who takes them every day by storm.” – Wolfgang von Goethe 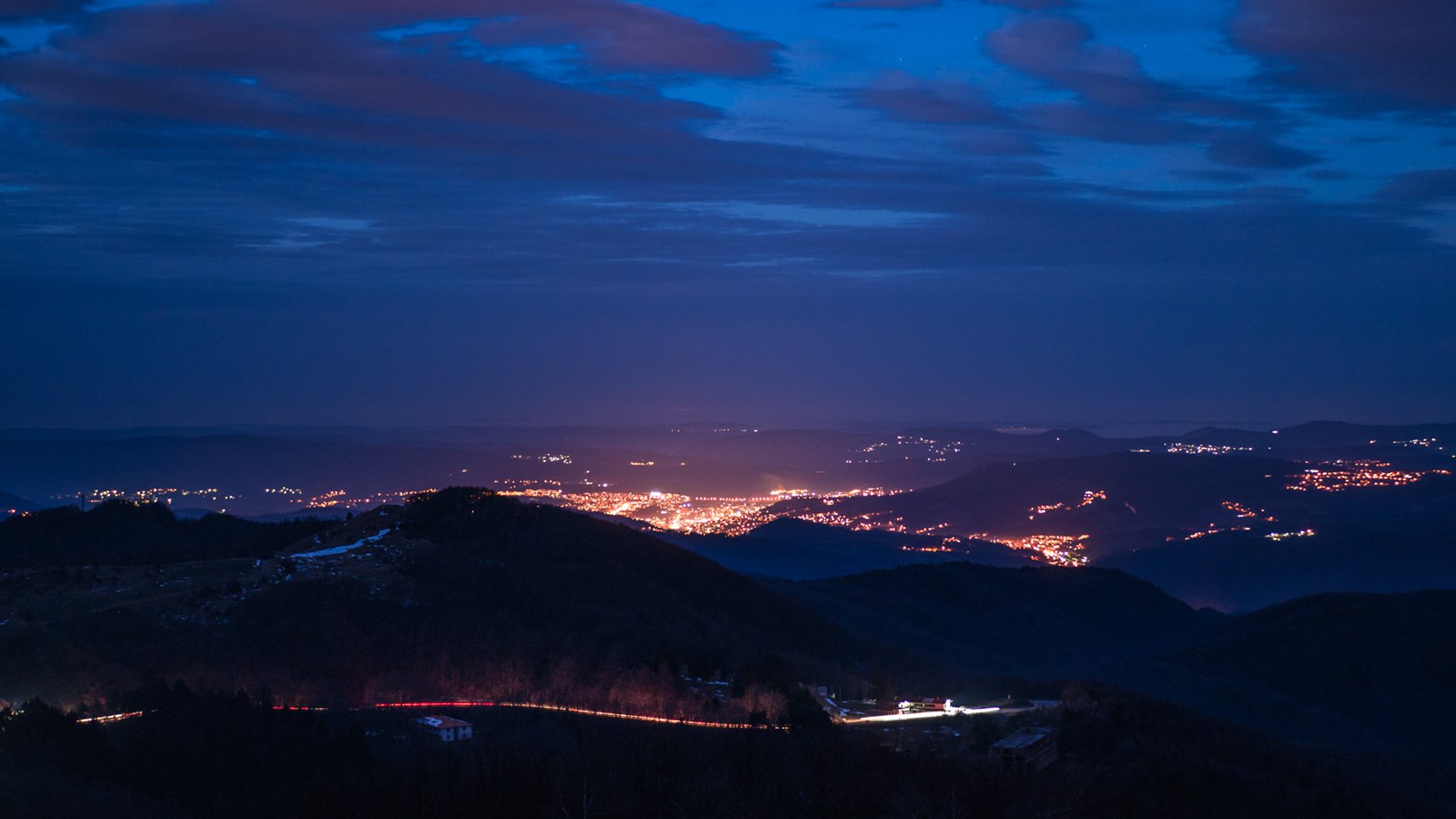 The photos are in collaboration with Shape Style

Gorge of the Erma River

The beauty of the Balkan through the prism of Iskar river gorge Today’s adventure will be for my daylong trip...

“Devil’s” adrenaline Devil’s path or “the most extreme trail in Bulgaria” (as most define it) is...