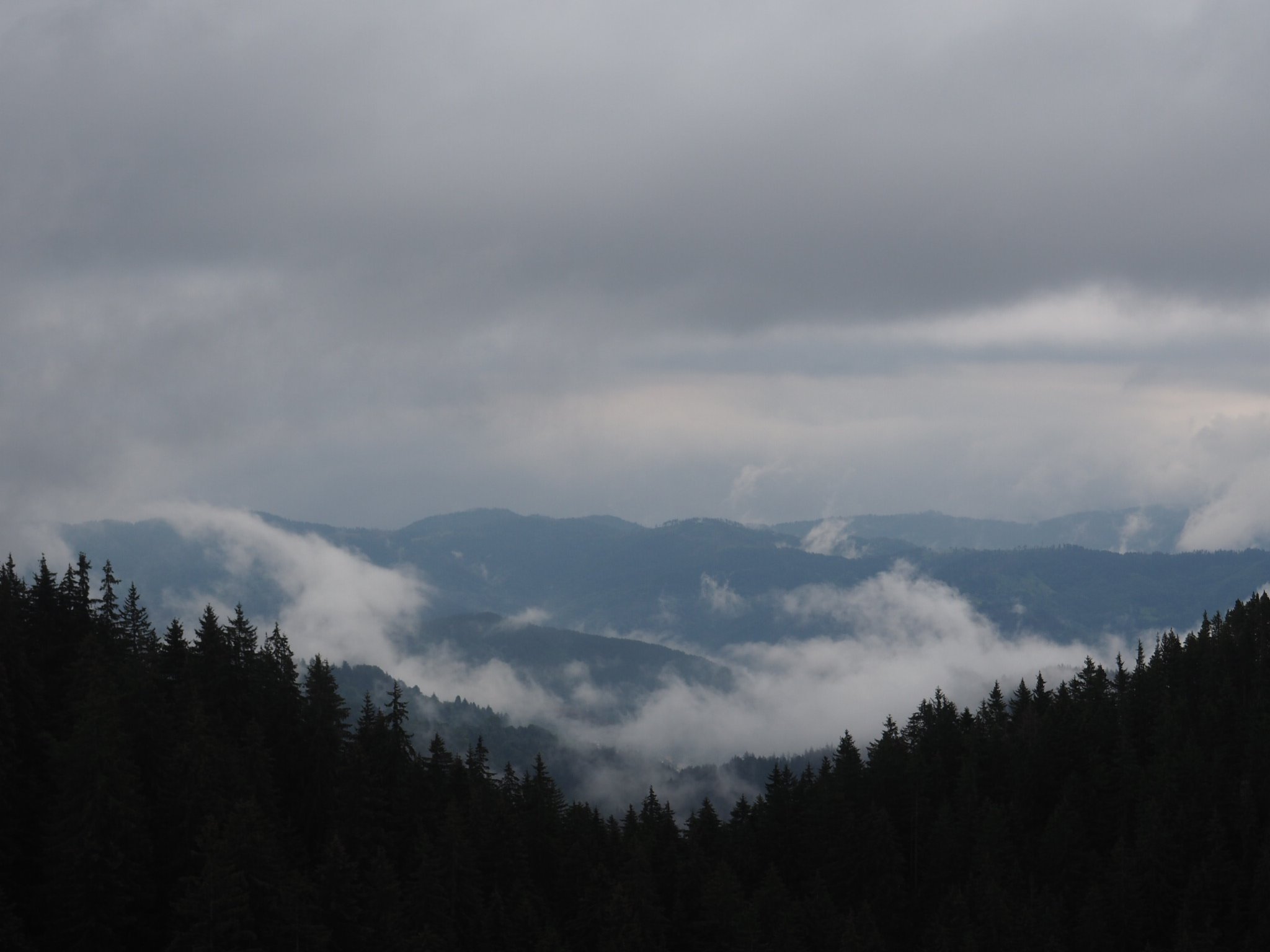 Who needs to go to the sea when you have a breathtaking mountain like the Rhodopes? It is true that this year I will not visit the Bulgarian Seaside, but this sacrifice is entirely worthwhile, considering what is coming in the near future. 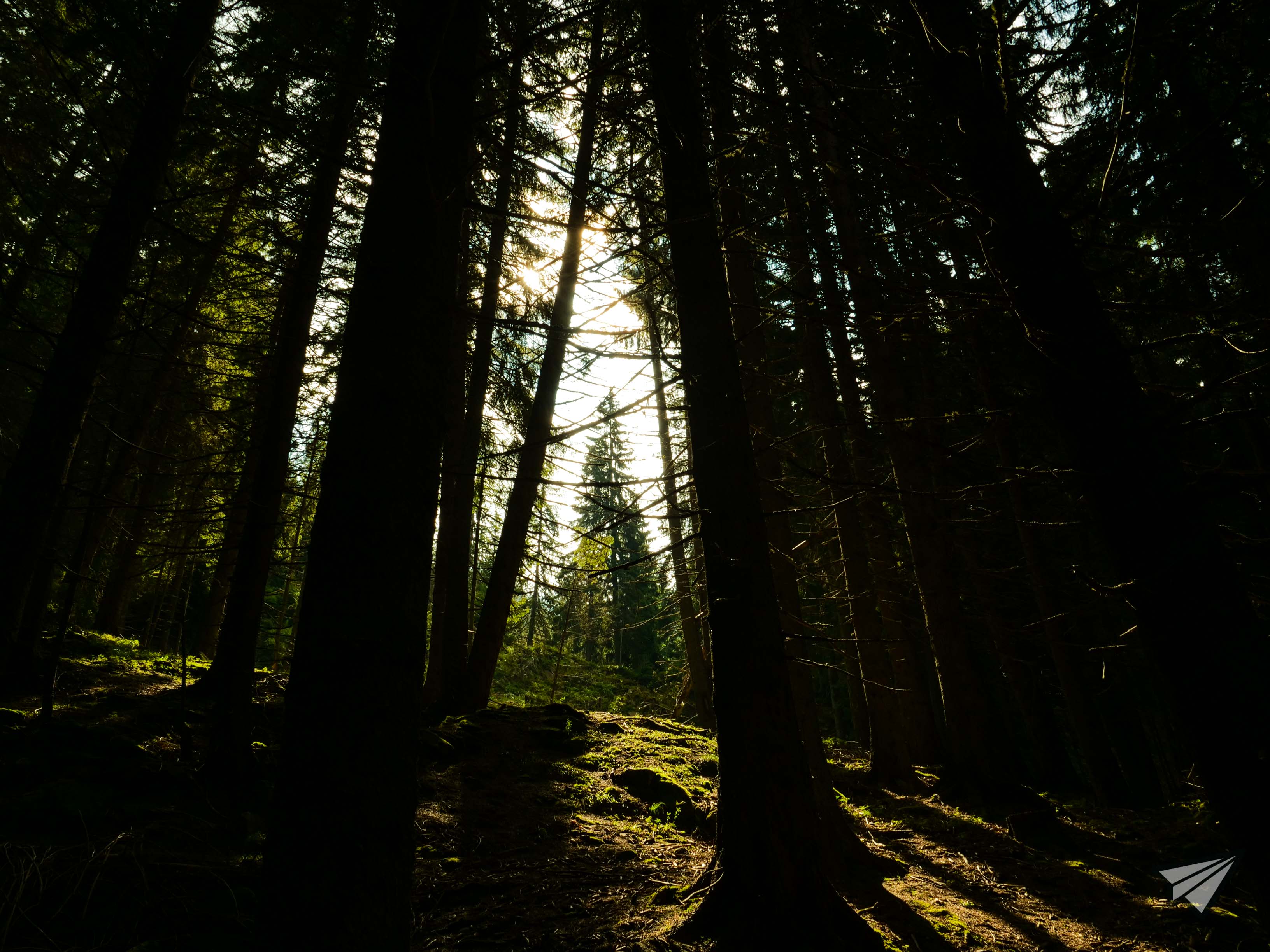 But I have been asking myself lately, “Who needs to go to the sea when we have such unusual beautiful mountains?” Through long selfreflections I listened to my inner voice and went to my favorite Rhodopes to seek the answer to this question. To recharge my soul under the shadow of century-old forests, full of stories and emotions. 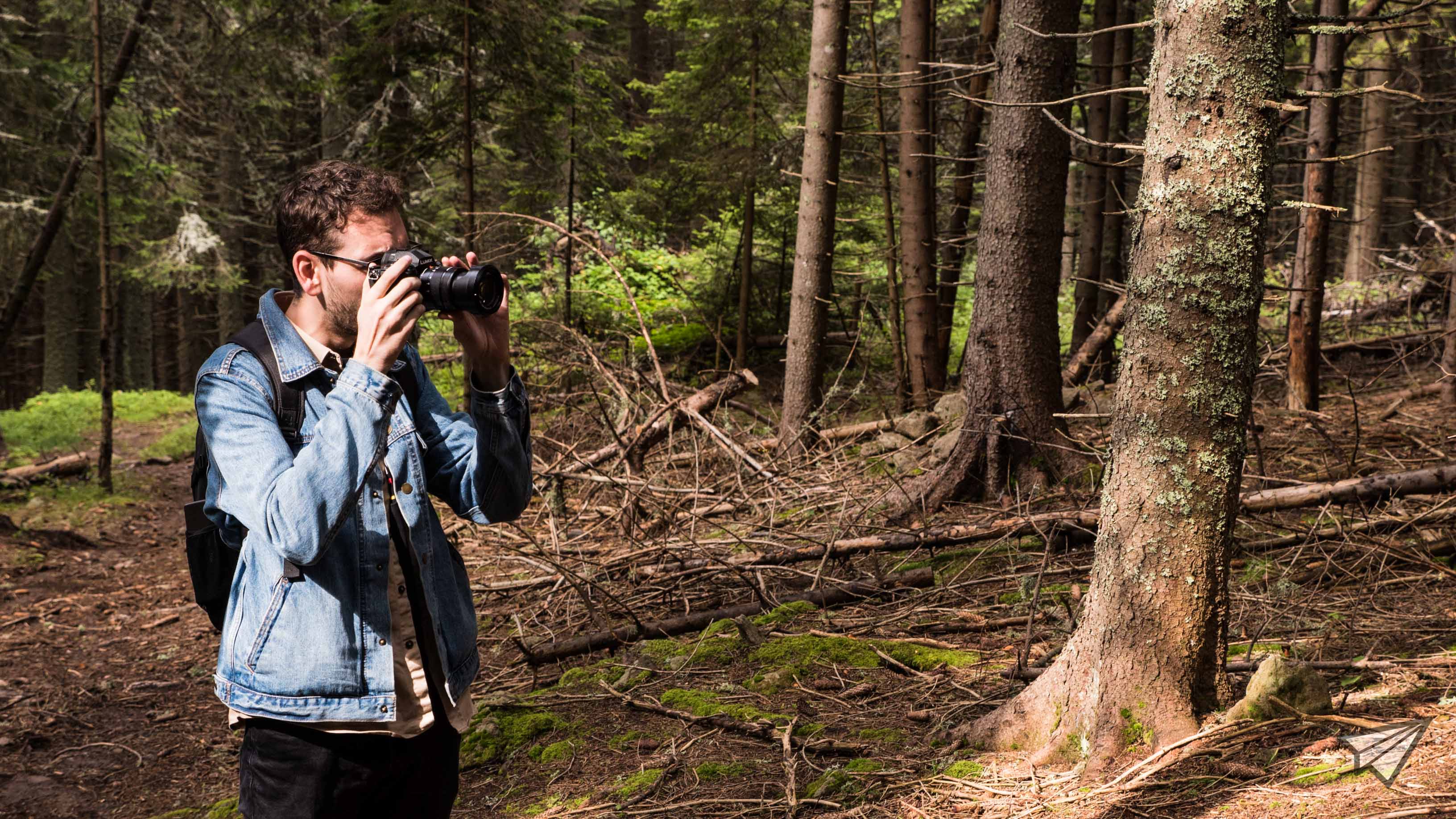 So I spent two amazing days in the heart of the Rhodopes and I will tell you about three different places I had the pleasure of shooting with the latest Panasonic camera, LUMIX DC – G9L with Leica DG Vario – Elmarit lens 12-60 mm.

From early dawn we headed to our first destination, before it gets full of people who visited in order to relax. So we first headed to the Smolyan lakes, or rather to the highest one, because afterwards we realized that we were confused and missed the other lakes. 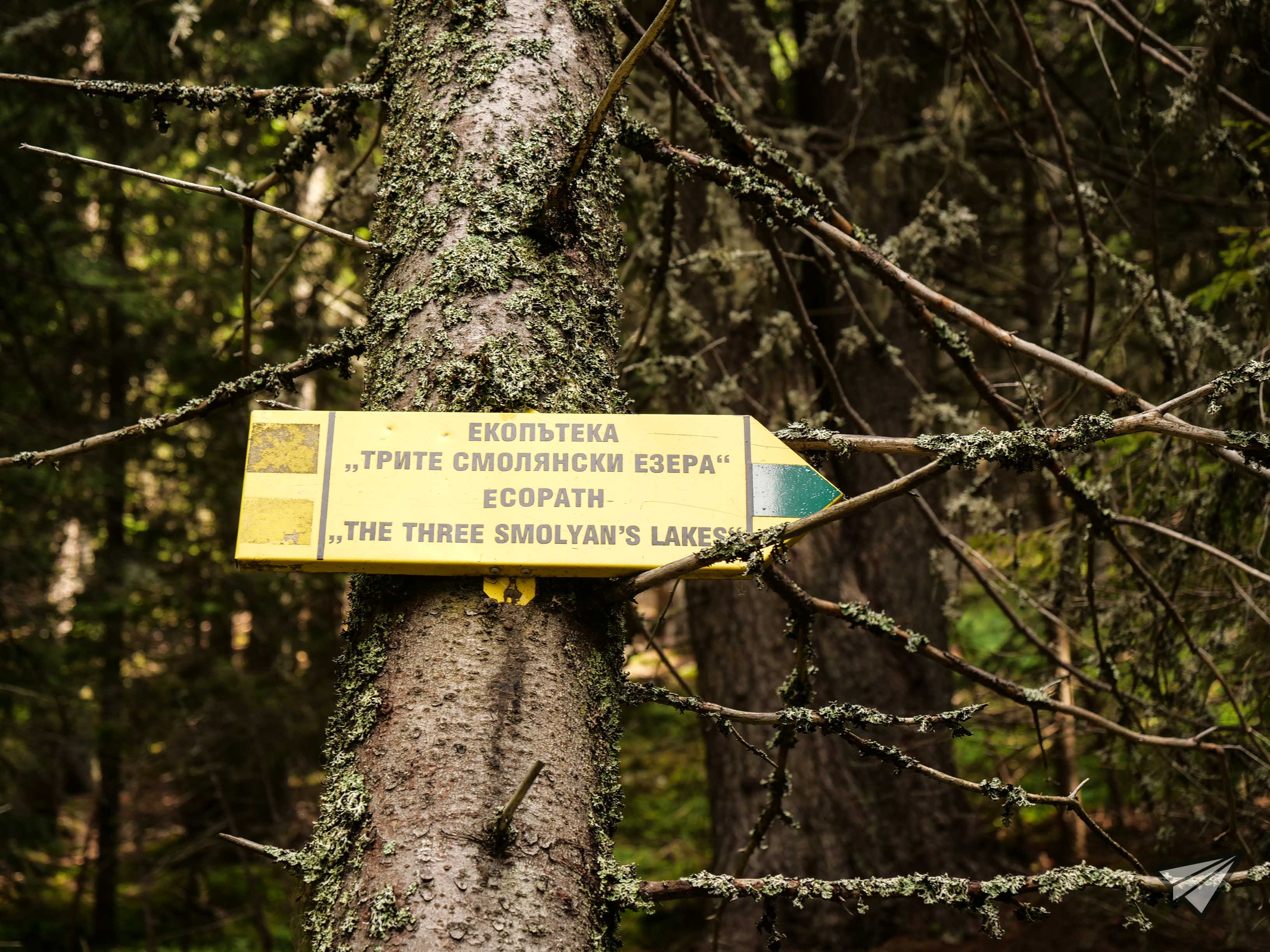 After wandering through the Rhodope paths, we found ourselves in front of the Misty Lake, one of the eight remaining lakes nowadays (before they were more than 20). It is the highest lake, located at 1,500 meters, and is the deepest – 4.5 meters. I have to confess that it instantly mesmerized us with its beautiful blue-green colours, that fitted incredibly well into the nature surrounding us. He gave a touch of calm, accompanied by the smell of coniferous forests, through which the summer sun’s rays were passing. 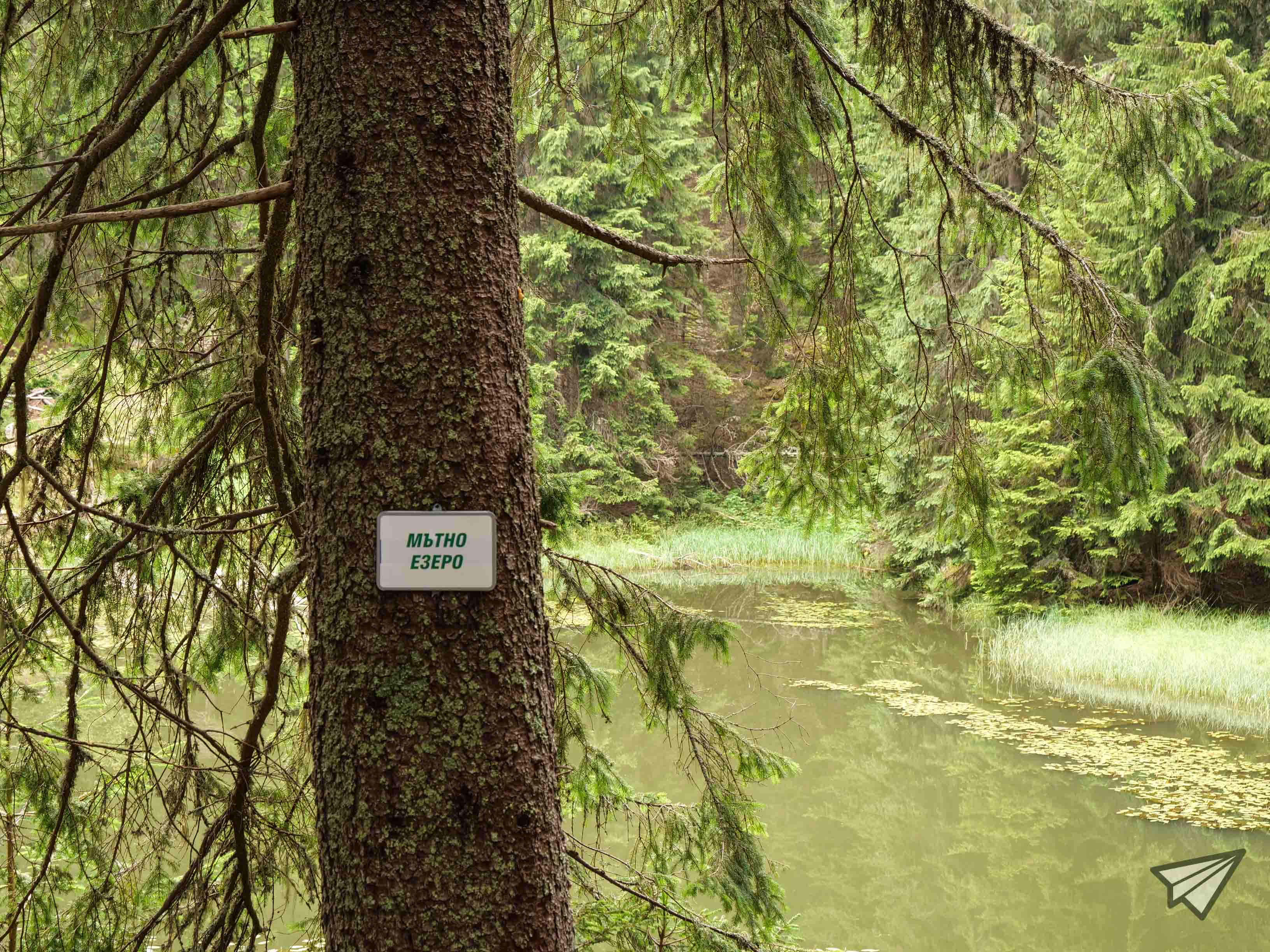 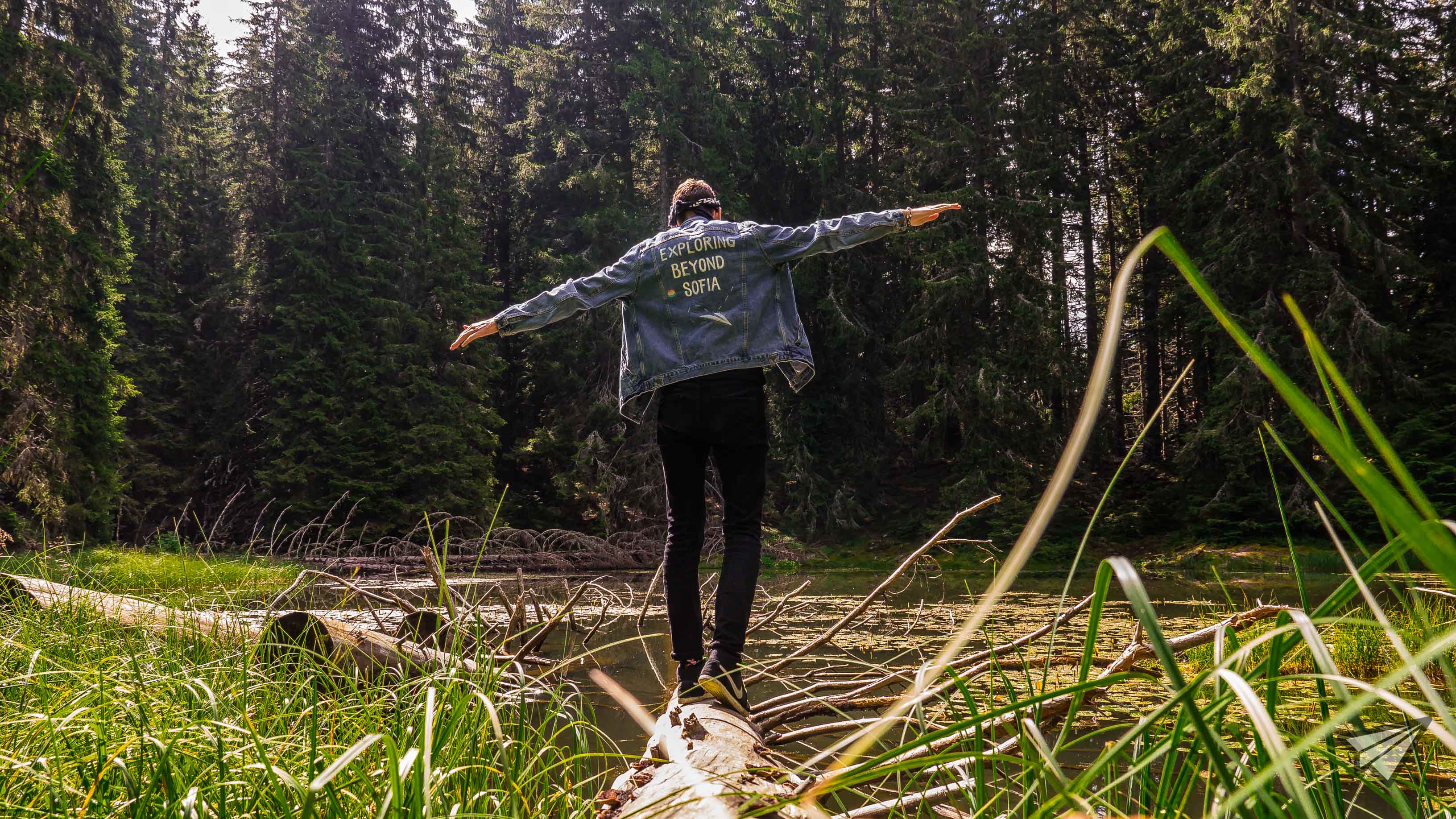 We spent a lot of time in this place and on the pictures you will understand that it is worth it, because it is full of magic that everybody needs to feel. 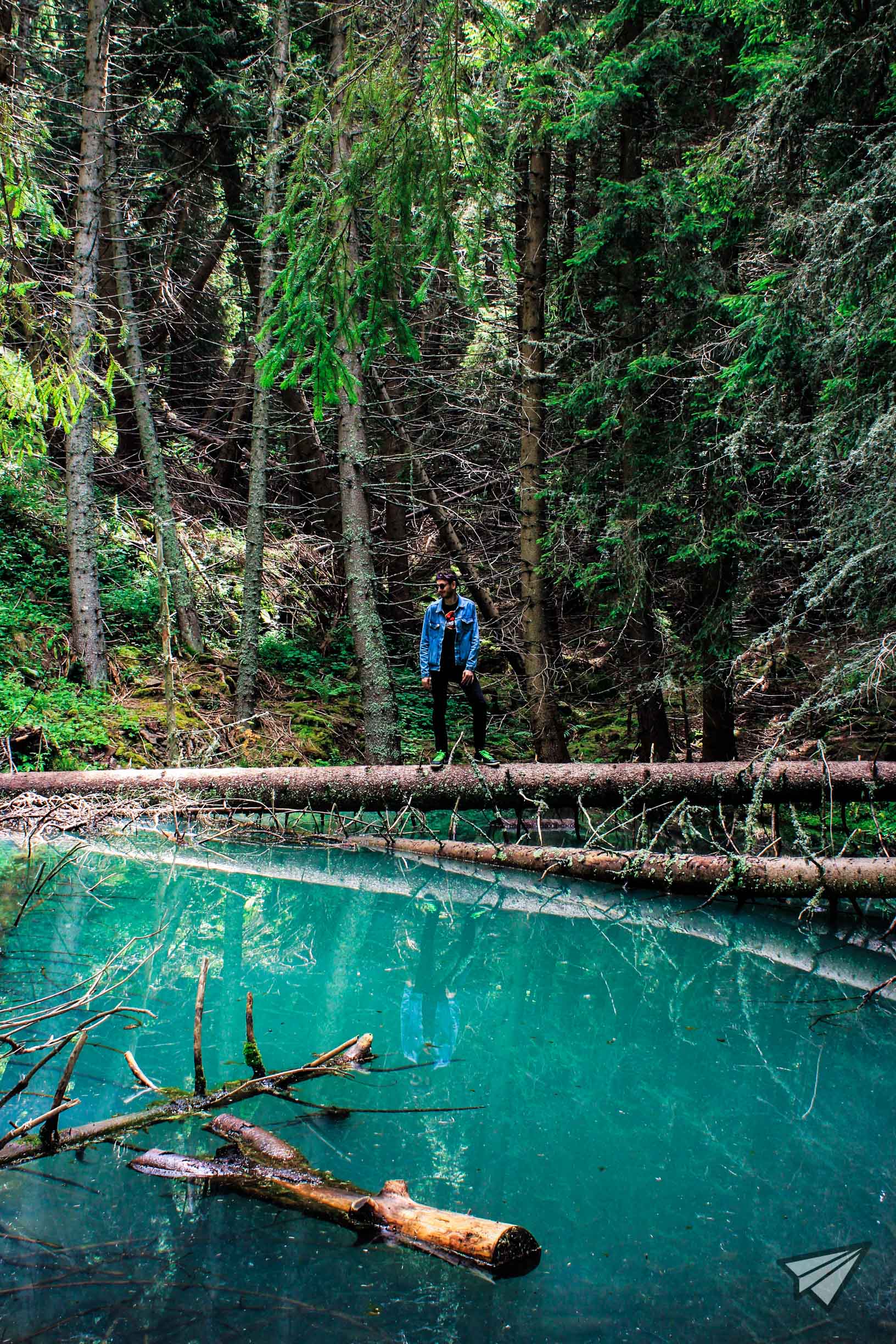 And not to forget here is one of the most photogenic trees I have ever seen, “The Harp of Orpheus” – a true legacy of Bulgarian nature and another proof that nature is the true Creator of everything.

Useful information:
You can leave your car at the parking lot in front of the church “St. Spirit “;
The place is favorable for people of all ages, as well as for a family walk, accompanied by a picnic;

After a pleasant walk we headed to Uhlovitsa cave, which is located just before the village of Mogilitsa, near the border with Greece. Like every cave, this one has a unique beauty. The pride of Uhlovitsa is the numerous forms of dendrites or, as most are recognized, denote coral shapes. They are diverse in a variety of forms and create a feeling, as if you are at the bottom of the ocean.

The place is really mysterious and beautiful, the whole structure of the cave is built on several floors, as they adhere to the four chasms leading downstairs. The length of the cave is 470 m, most of which is suitable for tourism – 330 meters.

But as the most impressive part of the cave can be announced the big stone, sparkling in white, waterfall which leads to 7 small ponds which are formed every spring during the snow melting period. 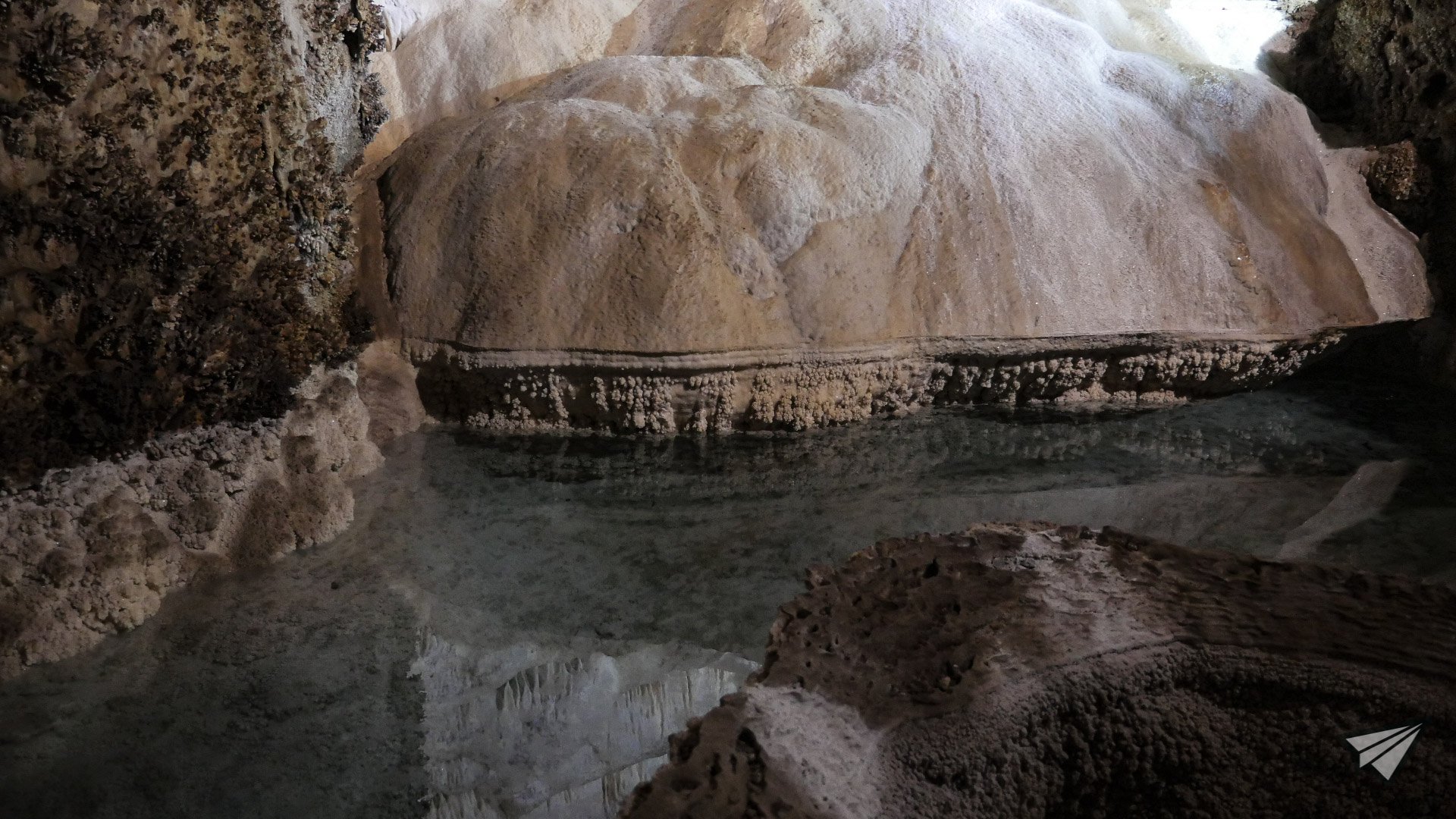 Entrance fees:
4 levs per adult
2 levs for children.
For a group of less than 5 people, a total cost of 20 levs will be charged.
The price of the lecture is included in the price of the ticket and is only in Bulgarian;
At the foot of the hill there is a parking lot, equipped with a café, a gazebo and a souvenir shop;
The climb is steep and takes 30 minutes;

This is an incredible place located in the southern part of the Rhodope Mountains in the village of Mogilitsa. Agushevi konatsi sounds interesting when you hear it for the first time, but can we really understand what this is? It is an architectural and artistic monument, representing the largest preserved feudal ensemble. It was built in 1840, occupying 3000 square meters, and represents two large living quarters with three internal gardens, separated by high walls from each other. But the impressive figures are that the structure has 221 windows, 86 doors and 24 chimneies.

The owner of this interesting place was a wealthy Bulgarian Mohamedan named Agas Aga, who had three sons. He was keeping the bussines with sheep farming on the Aegean Sea. Three families lived in the manor, as they were able to afford it. But the site served mainly as a summer residence, whether to accommodate guests or even as an inn. 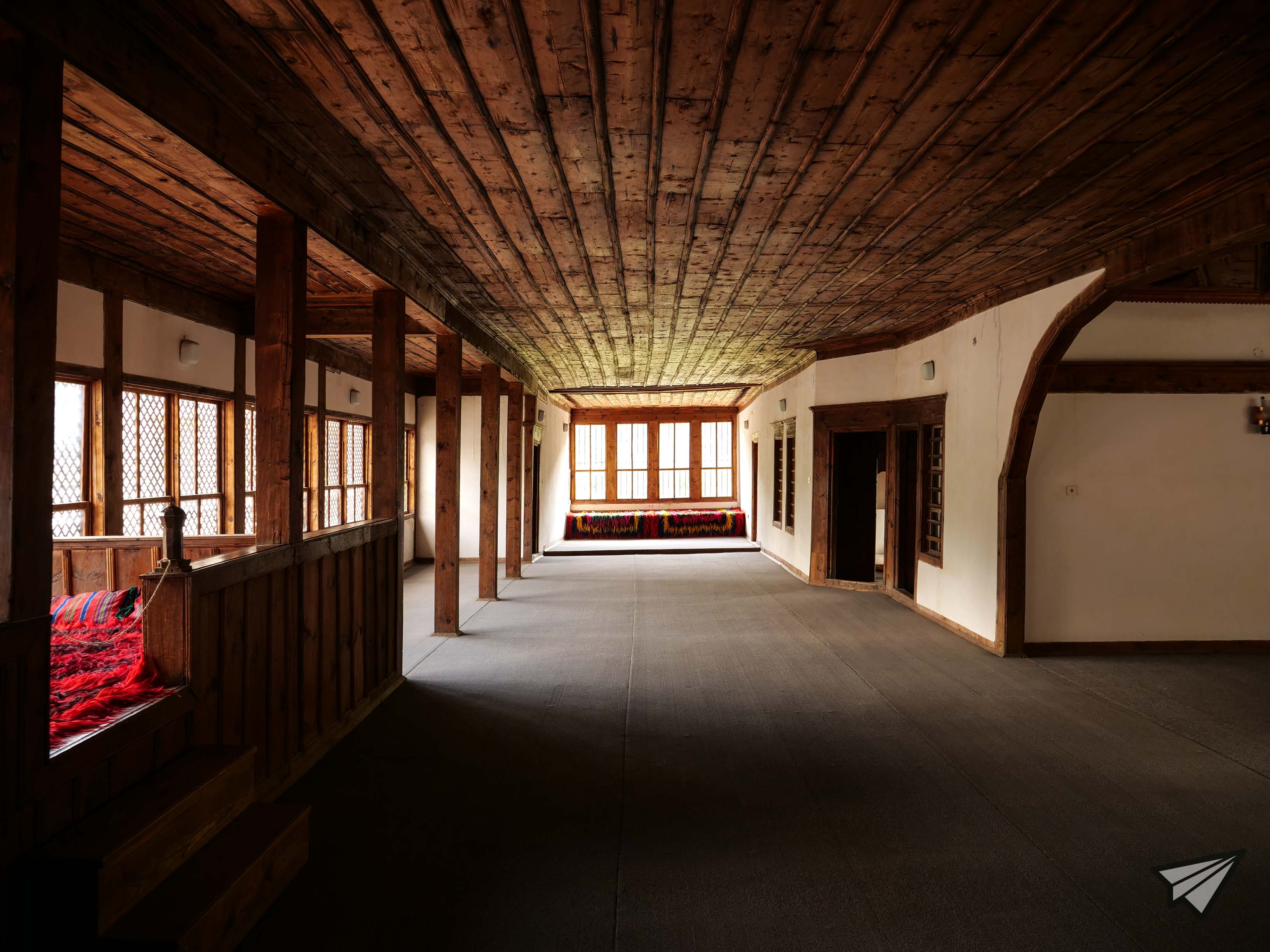 The place is truly unique for the simple reason that so many diverse details can be seen on all elements. From stone pavement to rooms and ceilings. Everything was dazzled to perfection for those times. But one of the most interesting facts about this place is that they owned one of the richest libraries on the Balkan Peninsula, proven to had over 400 volumes of manuscripts, most of which are housed in the city’s library in Plovdiv nowadays. 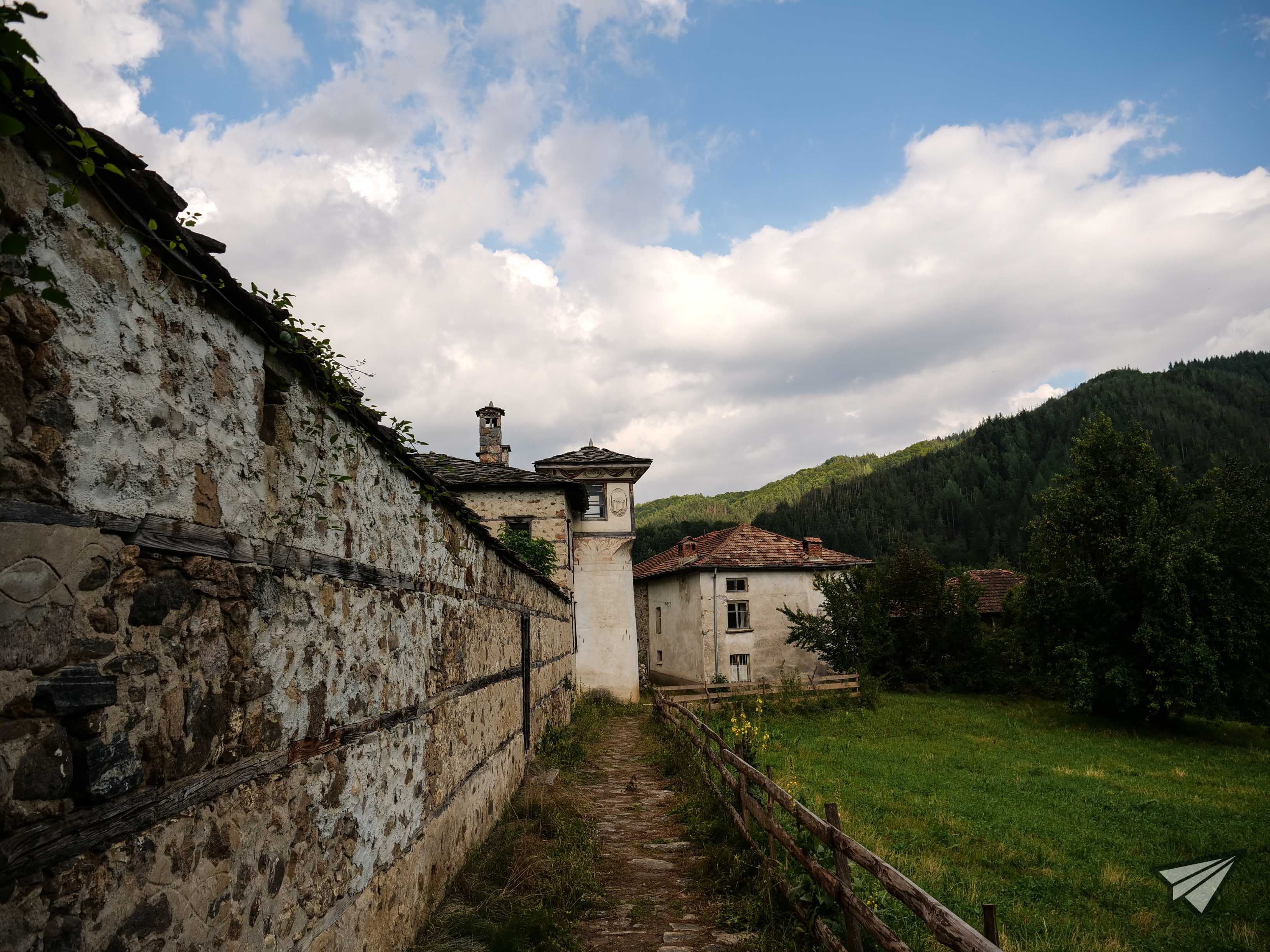 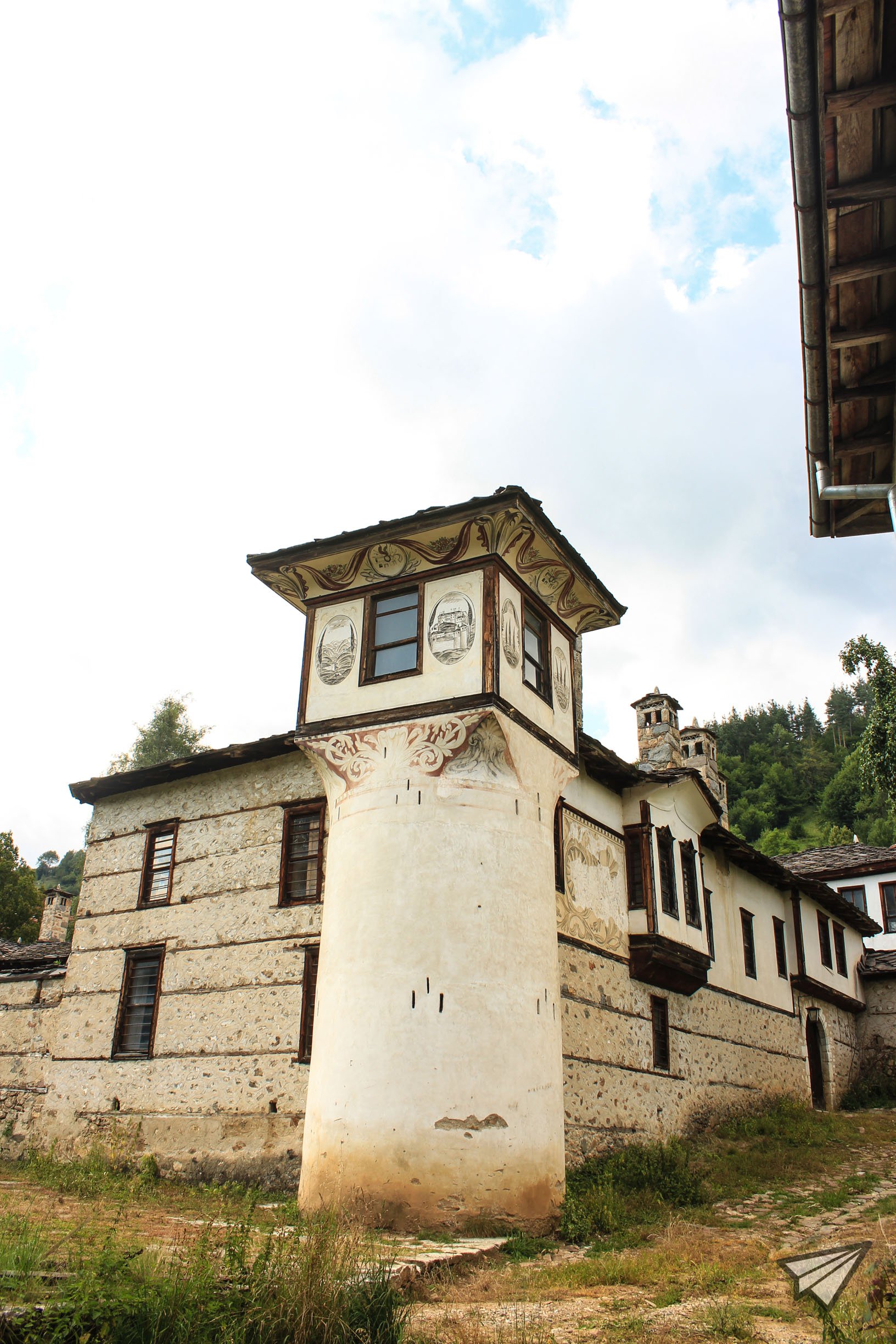 Useful information:
The entrance fee is 4 levs per adult and 2 levs for children, students and pensioners;
A guide is included in the price, which tells interesting stories that happened behind these walls;
Working hours are from 10:00 to 18:00 (changes possible, depending on the season). The facility is located in the center of Mogilitsa village, which is 30 km away from the town of Smolyan and 37 from Pamporovo;
You can leave your car in front of the tourist center of the village;
The place is very interesting and suitable for a family visit;

I would like to say thank you to Panasonic Bulgaria for providing me with the LUMIX DC – G9L photo camera.

Gorge of the Erma River

Gorge of the Erma River, a nature’s tale Today’s adventure is in a new shape which I have been planning...

On the route of wine and Bulgarian folklore through Pleven’s panorama   Northern Bulgaria has many...