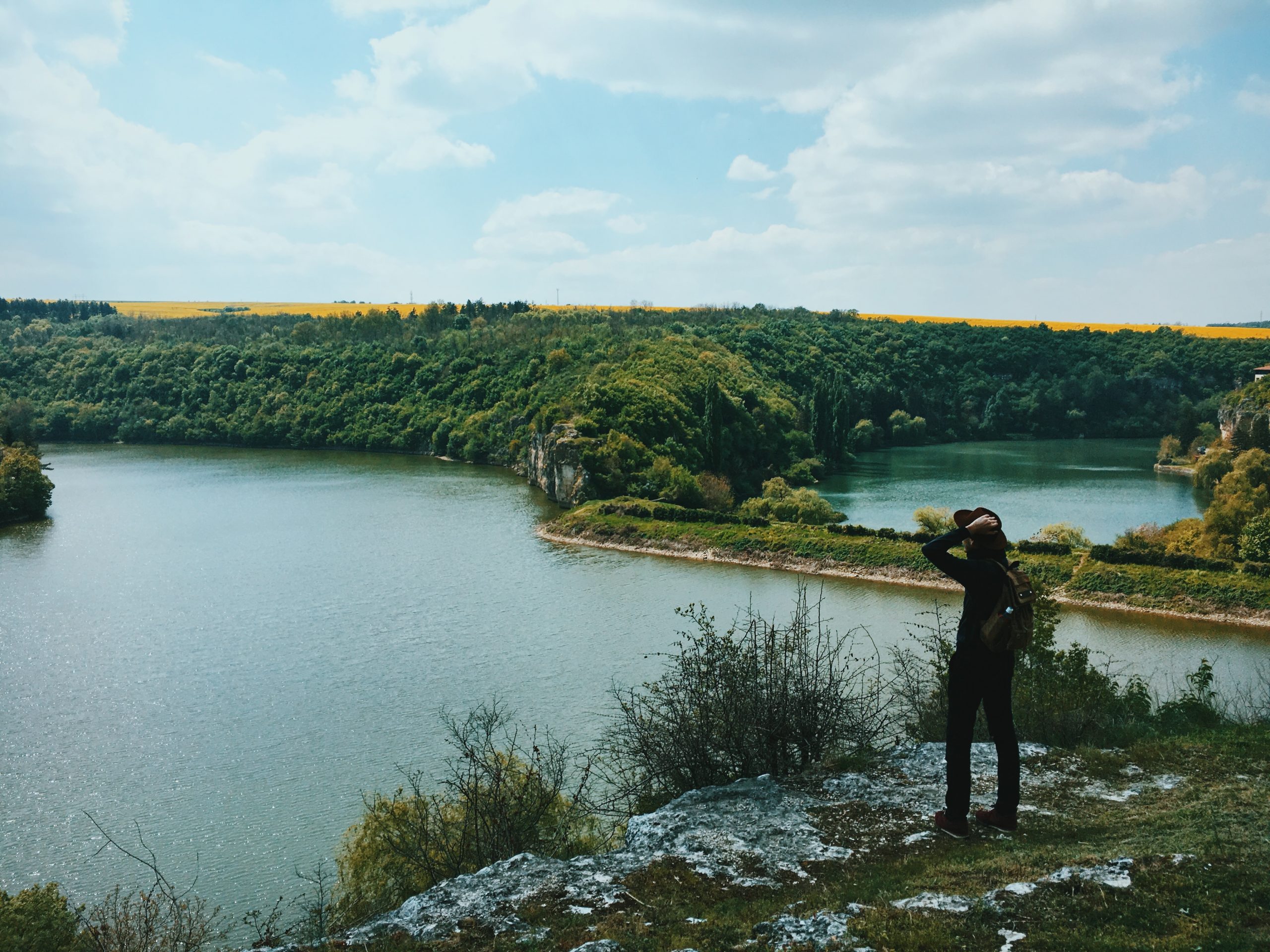 Northern Bulgaria has many irreplaceable treasures that carry emotions and traditions. They are encapsulated in historical monuments and museums of great importance for the preservation of the Bulgarian spirit. This is the reason that provoked me and raised great interest in me to turn to Pleven and its surroundings. I have always wanted to go to this part of Bulgaria, and the curiosity tickled me from the inside, just to touch emotionally to the story that belongs here. That’s how I ended up going there!
Early in the morning, together with my friends, we left from Sofia to Pleven. The places we wanted to visit are fundamentally different from each other, the only thing that is common is that they are located in the same geographical latitude.

The first place we visited with the greatest interest, and perhaps the most important thing in this part of Bulgaria, is the panorama “Pleven Epopee 1877“. The building is an art museum built in honuor of the 100th anniversary of the Ottoman Liberation of Pleven. The realization of the building was finished in 1977, being built in the area of ​​”Skobelev Park“. 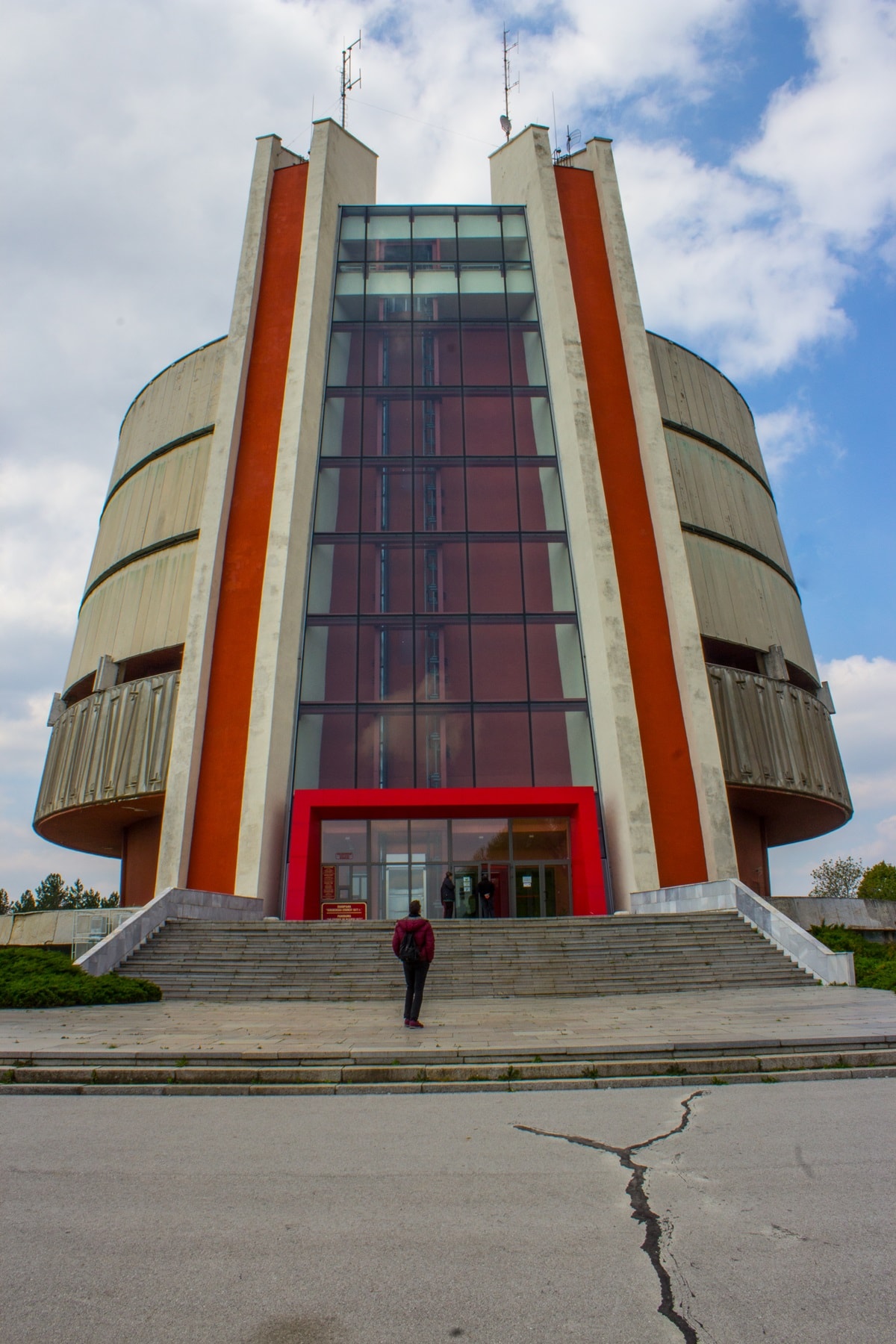 The solemn opening of the doors was on December 10th in the same year of its construction. On that day, 100 years have passed since the liberation of the city. The building itself provides its visitors with four halls: introductory, panorama, diorama and final.
The roles of these halls are to recreate the battle of liberation in detail, with the help of various and unique paintings and objects, providing some of the emotions during the ruthless battles.
The first hall, through which we start, is the “Introductory Hall”, which has six picturesque canvases, reflecting key moments of the Bulgarian history and the Russo-Turkish War of 1877-78.

St. Petersburg Manifesto in Support of the Bulgarian People

The Russian army crosses the Danube

Protection of the Samaritan flag

The battle of Shipka 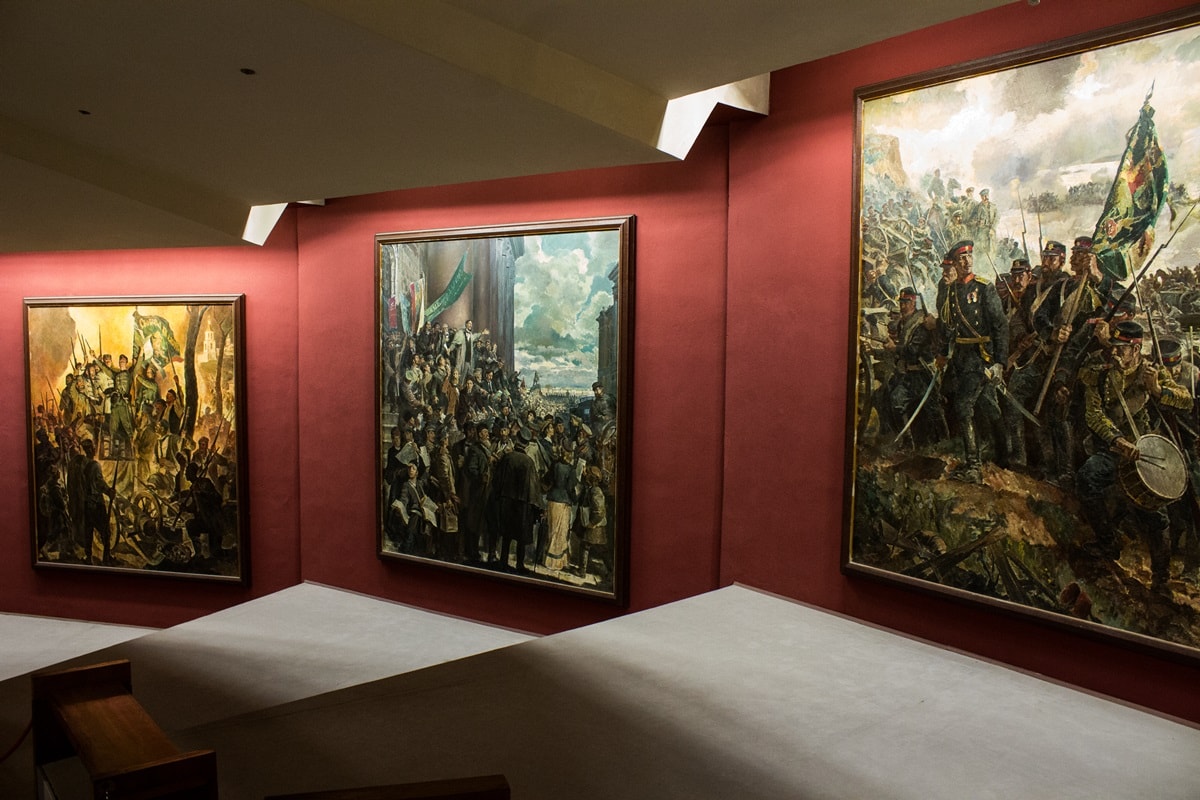 The second hall is most impressive with the amazing atmosphere that it recreates from the battlefield, is called the “Panoramic Hall“. It has a panoramic canvas with parameters (115 x 15 m). The total area of ​​the hall, together with the subject plan, is 2 375 sq.m. On the panoramic canvas was recreated the largest and bloodiest battle for Pleven, the so called Third Attack (September 11-12, 1877). The hall is designed to provide visitors with the unique opportunity to be in the center of the battlefield on the highest hillside of the city. From here you can see the city and the surrounding hills, the attacking Russian and Romanian regiments, defending Turkish troops, the location of the Russian command and the headquarters of Osman Pasha. Through artistic means we can feel the dramatic atmosphere and the tension of the struggle. The climax is also reflected in the panorama where General Skobelev himself heads the squad and leads the attacking columns. 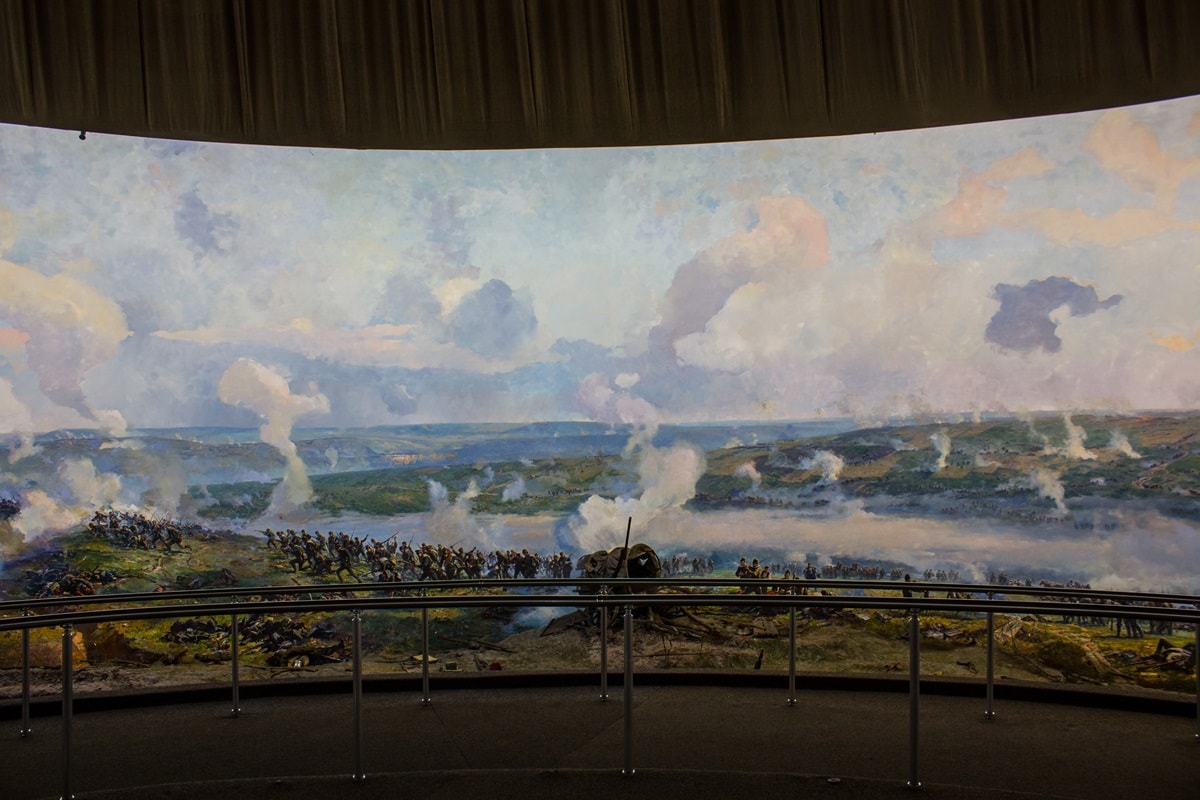 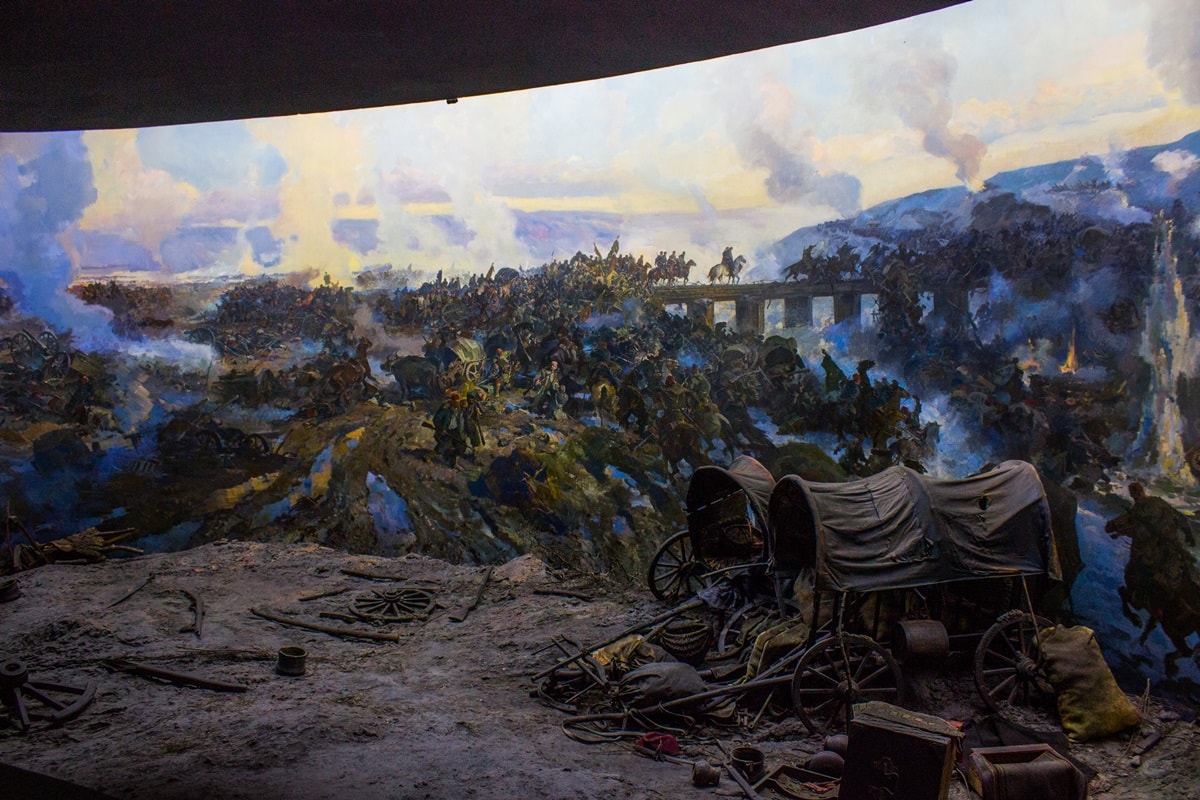 The third hall, passing through, is “Dioramna Hall“. In it a picturesque canvas reflects the last battle for Pleven in the valley of the Vit river on December 10, 1877. As it recreates Osman’s attempt to break through the blockade line in order to withdraw to Sofia, but with failure. This led to the transfer of the Turkish forces to the Russian troops. 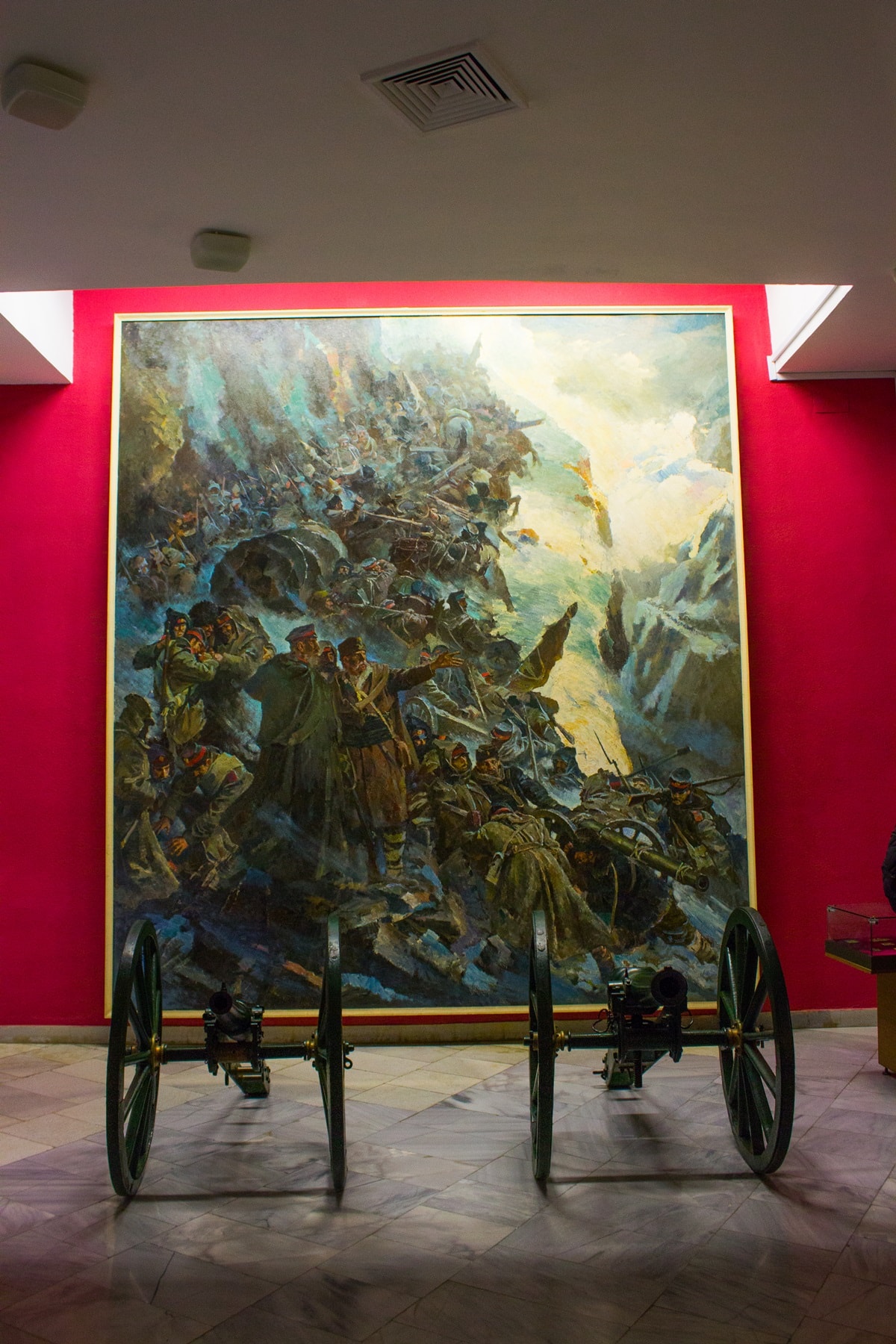 And the last part of the museum is a “Concluding Hall“, which has two paintings that show the capitulation of Osman Pasha and the winter passage of the Balkan by the Russian army. In the hall itself, besides the impressive artistic attributes, authentic military uniforms, weapons and artillery accessories from the Russian-Turkish War 1877-1878 were exhibited. 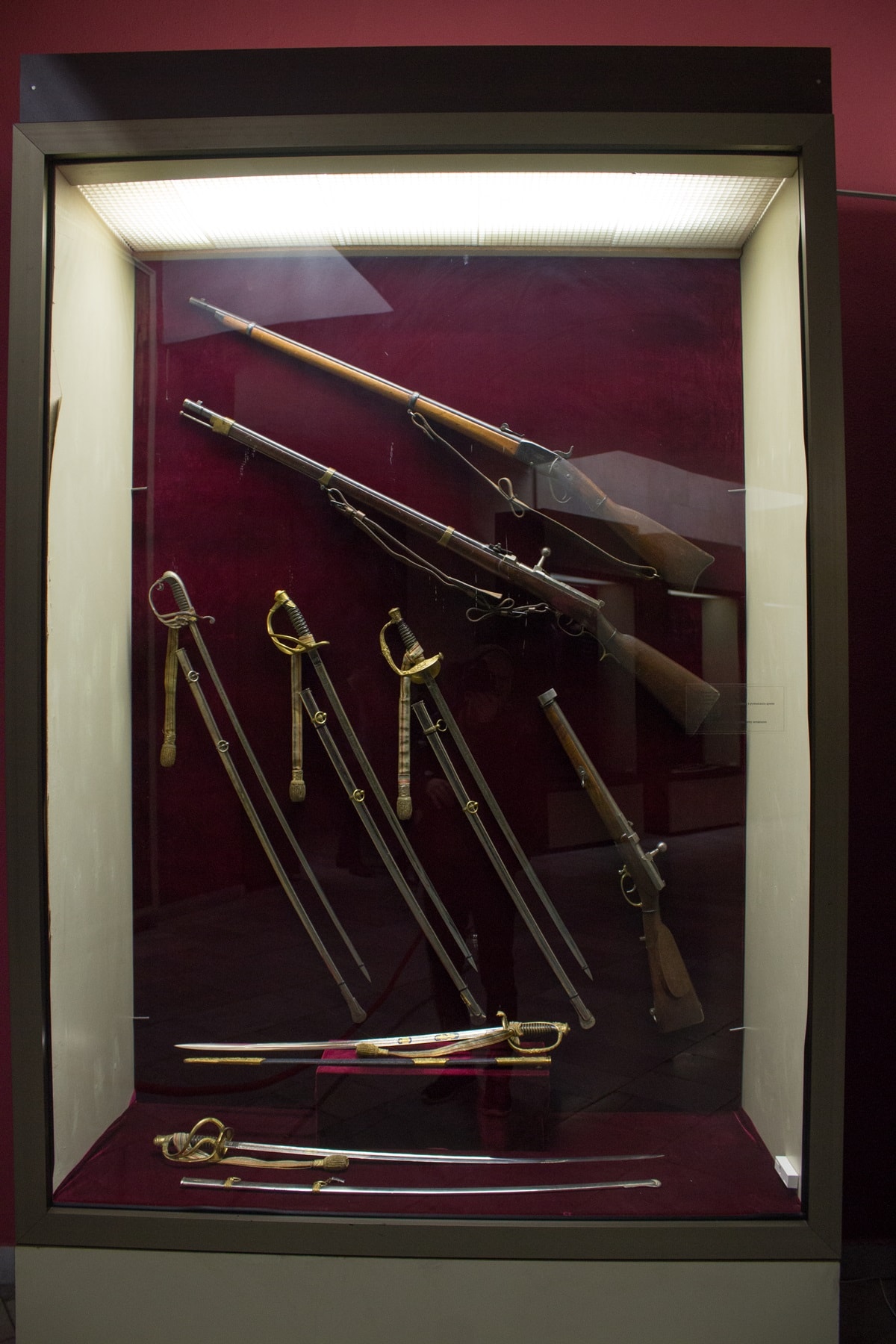 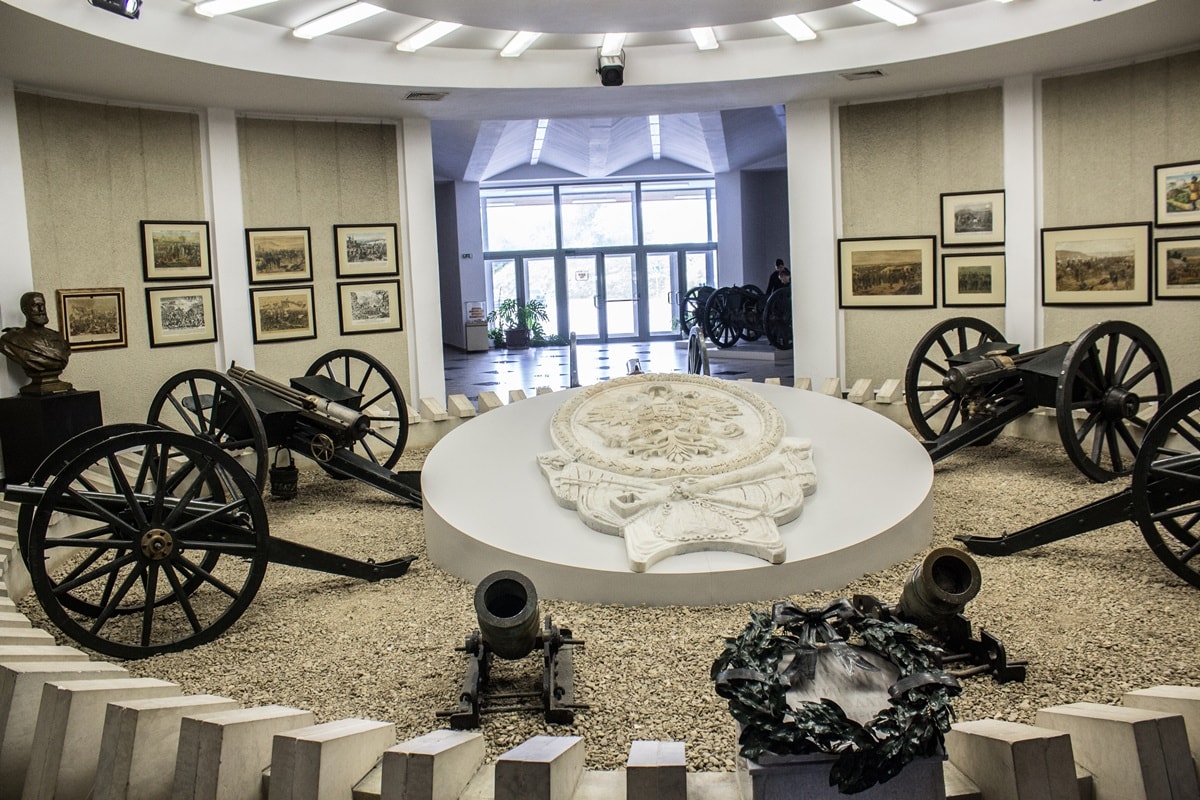 Our next stop was an unusual but extremely interesting museum. It is the Museum of Wine in the Protected Site “Kailuka“ near Pleven. The unusualness of this place is that it is located in a carved cave, which is recreated in the shape of a cross. 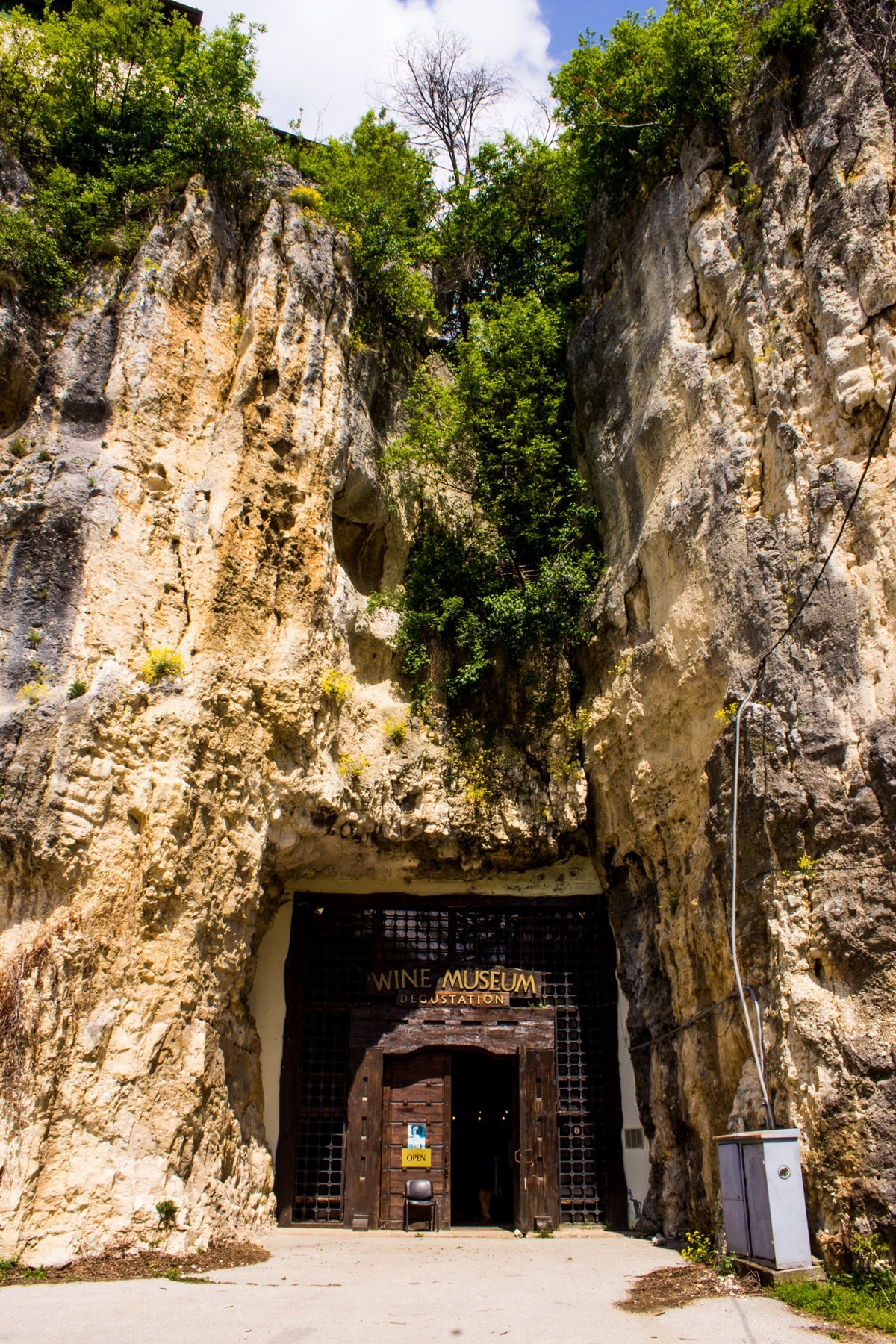 This, in turn, becomes the main reason for the museum to be located right here, as it provides the perfect temperature for storing the many wines. 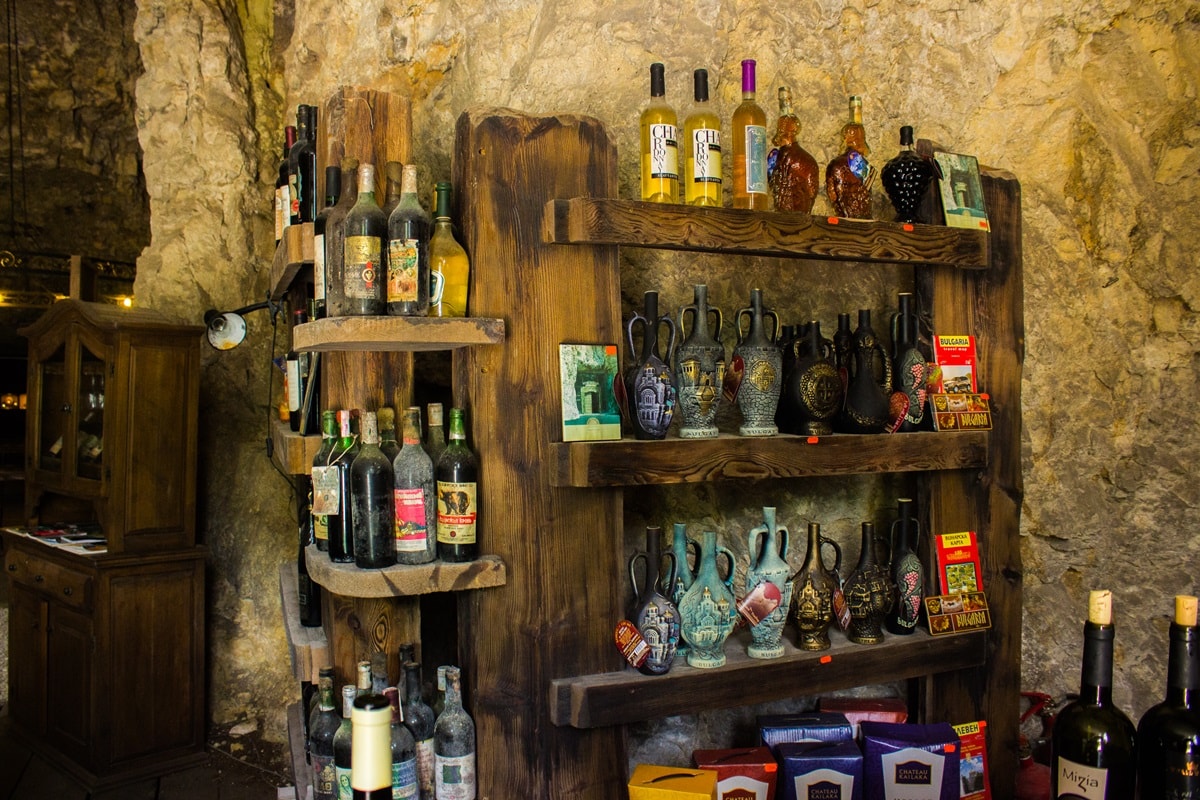 The cave itself has five rooms, including two tasting halls, a historic part and a wine-exhibition hall with wines from all over Bulgaria. During the visit, information on the history of wine and production technology was provided in a very pleasant and interesting way.

Also in the historical hall are exhibited objects and attributes related to the viticulture and wine-making in the Bulgarian lands – from the ancient Thracians, Greeks and Romans to the present day. The showroom offers different wines from all regions of Bulgaria, located in 100 French oak barrels between 30 and 90 years old. 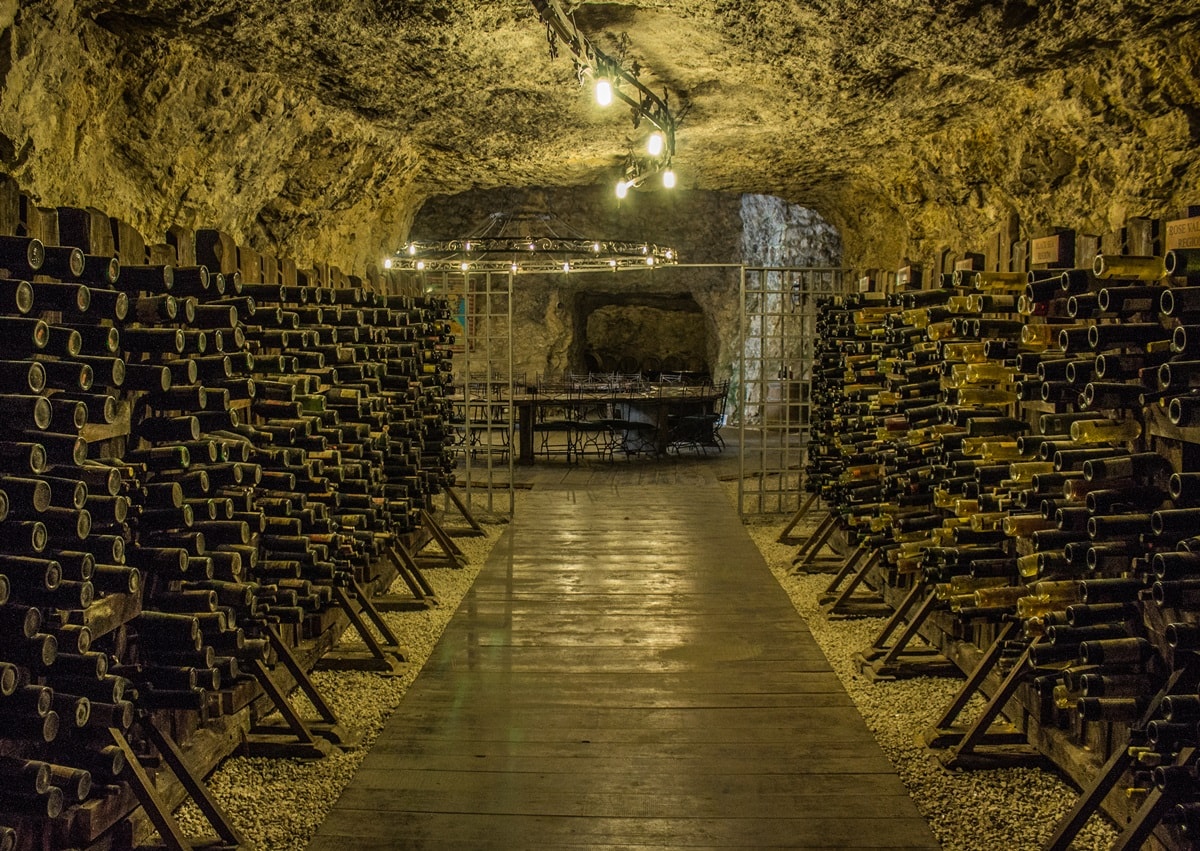 Useful information:
Museum entrance: BGN 6
Entrance + a glass of wine: BGN 7
Entrance, glass of wine and talk: BGN 10
Entrance, discussion, tasting of 4 wines with tasting bites: BGN 14
Entrance, talk, tasting of 8 wines with tasting bites: BGN 18
The opening hours of the museum are every day from 11:00 to 19:00. From October to March the museum works on a preliminary request, in special cases it is also necessary to make a preliminary request;
There are a few curious facts I want to share here:
In the museum you can have an educational and cultural mini-tasting session that will bring you the luck to be proud owners of the Wine Tasting Certificate; 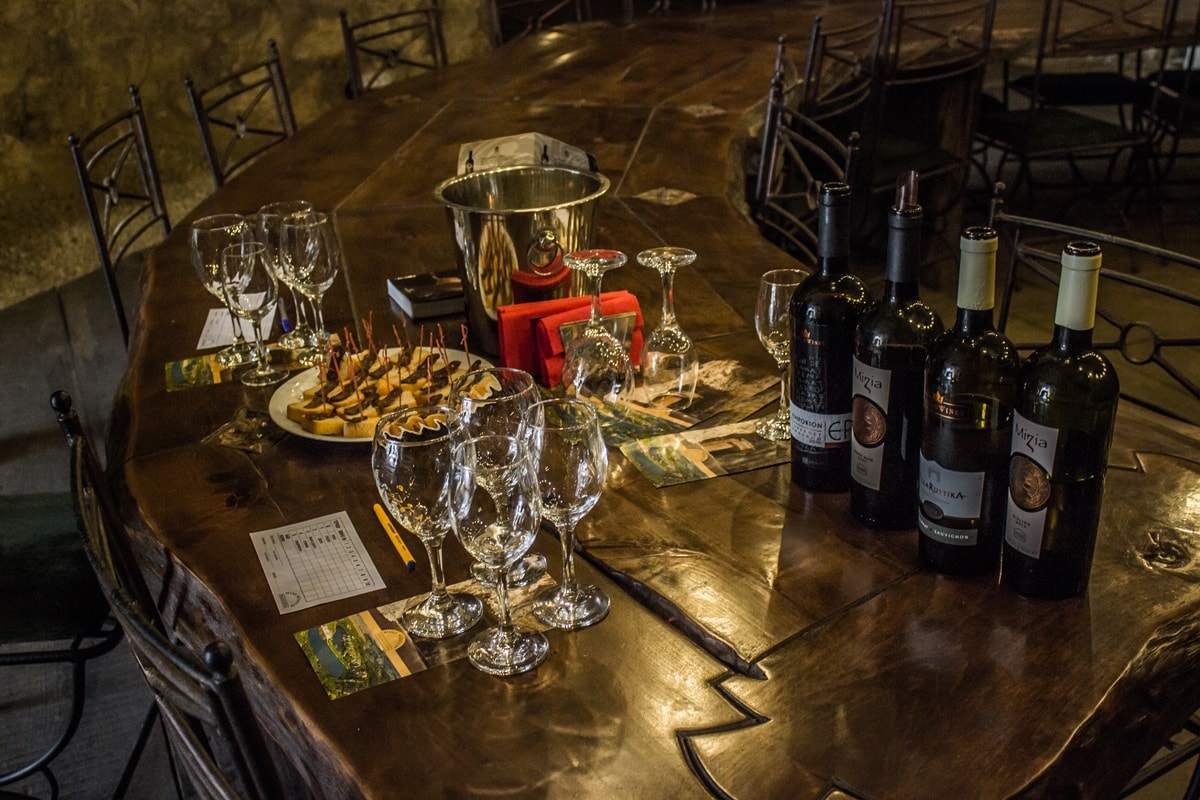 An interesting fact is that the oldest bottle that the museum is from 1912, which makes it the modest 105 years of age (until 2017)
It is no coincidence that this museum was created in Pleven. This town is the first center of the wine industry in Bulgaria, and in 1890 it opened the first and only vocational school of viticulture and wine-making;
In 1902 a National Institute of Viticulture and Wine Production was established in the city;
I would like to express my gratitude to the very kind Mrs. N. Ivanova who was so hearty to give us detailed information, to answer our many questions, to train and to endure my annoying friends;
Coming to Pleven there is a well-marked sign with signs that will point you to Kailuka. Once you get there, there are signs for the wine museum;
The museum is located in Kailuka, which is a magical and tranquil place with history, entertainment, a place for relaxation and amazing views (the few pictures below are one proof in order to visit this paradise); 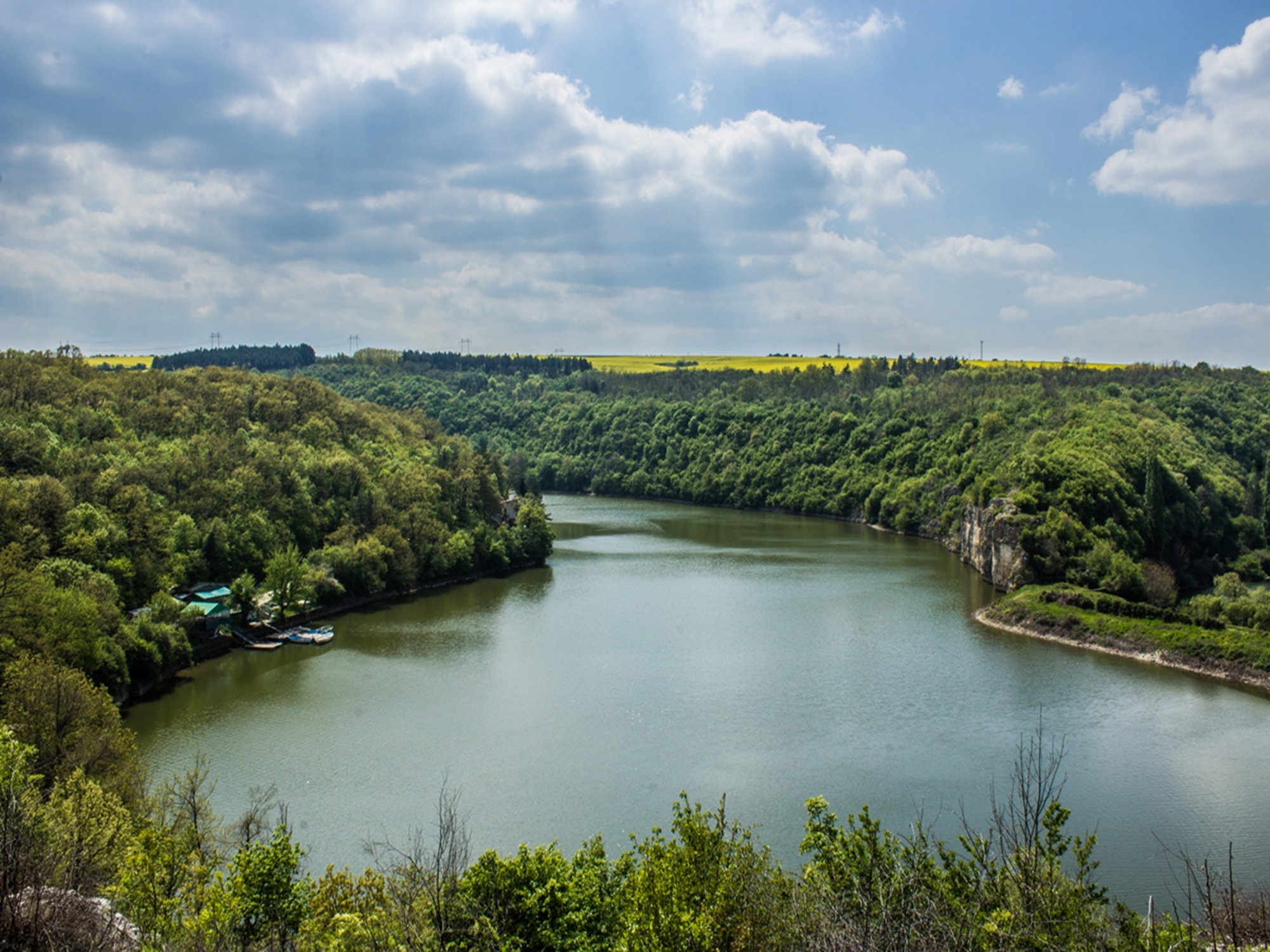 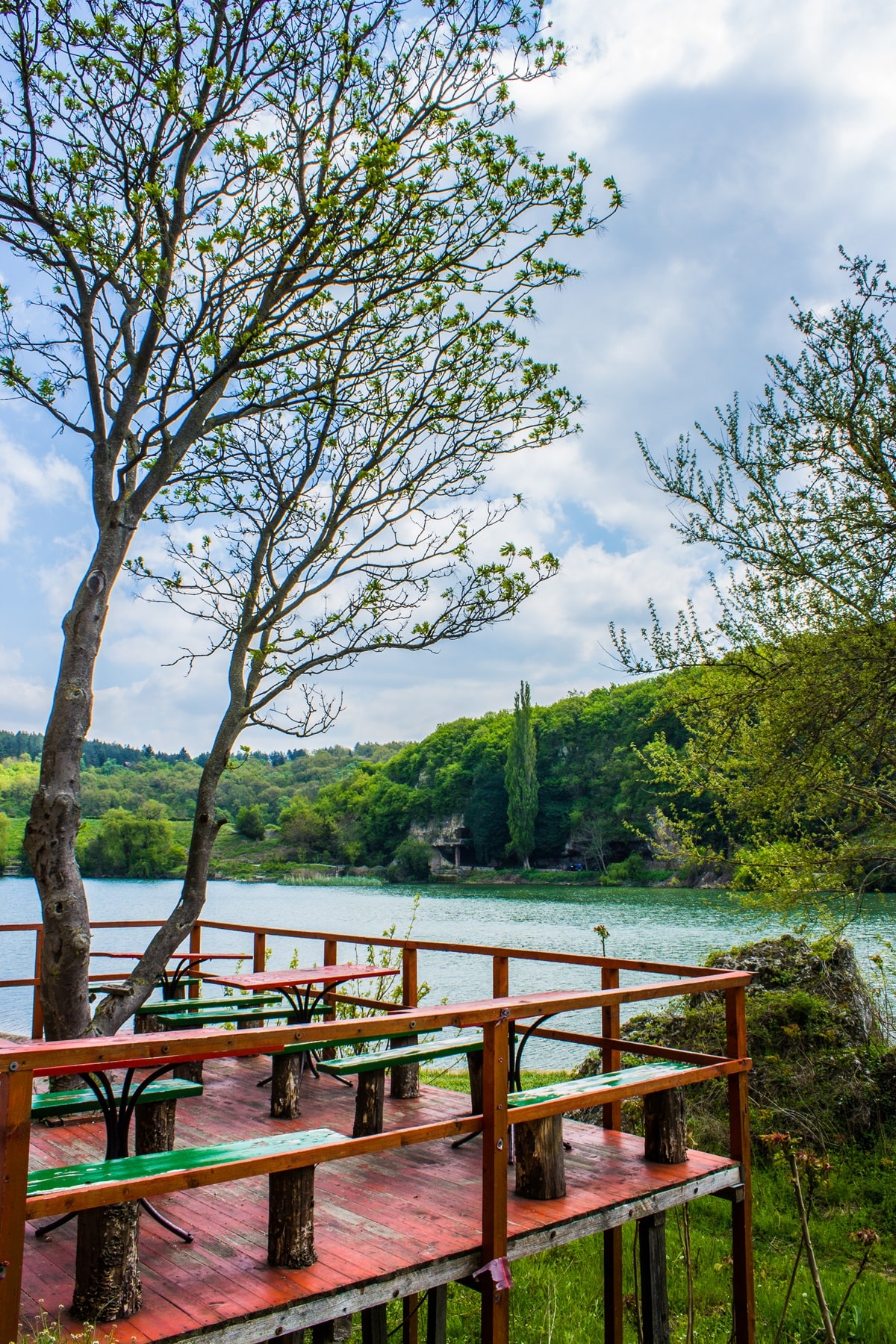 Phenomenon is “The Broken Stone”

Our last goal for the day was to conquer the Canyon of the Chernelka River. This area has a width of 60 to 200 meters and its area is 300 hectares. It was formed millions of years ago when it was a riverbed. Today, the karst rocks rise like a wreck at a height of 10 to 35-40 meters. 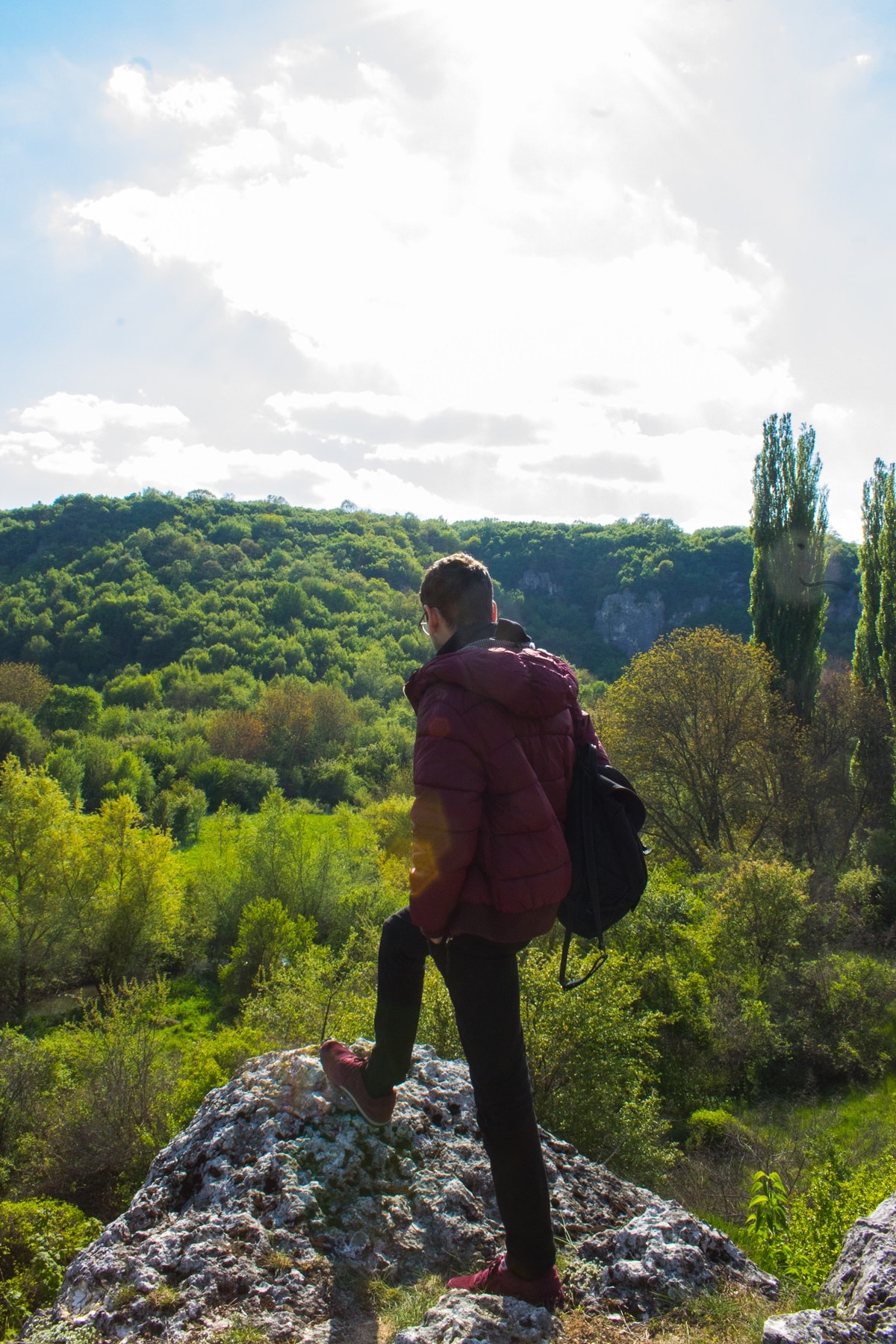 It is also an eco-trail with a length of 7 km. The path has interesting natural forms, most of which belong to the massive rock formations of the canyon walls, caves and others. But the most impressive phenomenon is “The Broken Stone“. 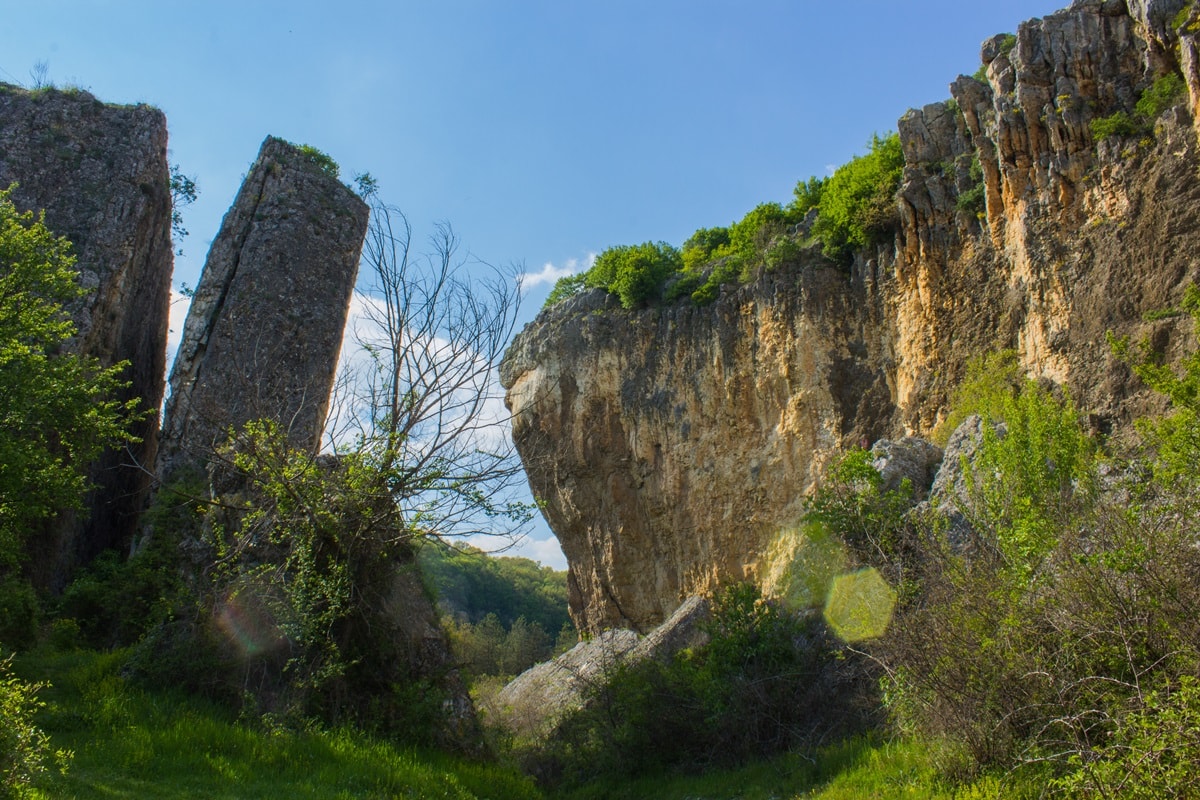 This massive body instantly grabs the eye and generates a pleasant curiosity that makes you explore it closely. The slit itself is as perfect as a knife, as you can see through pictures. It’s wide enough to go through it. 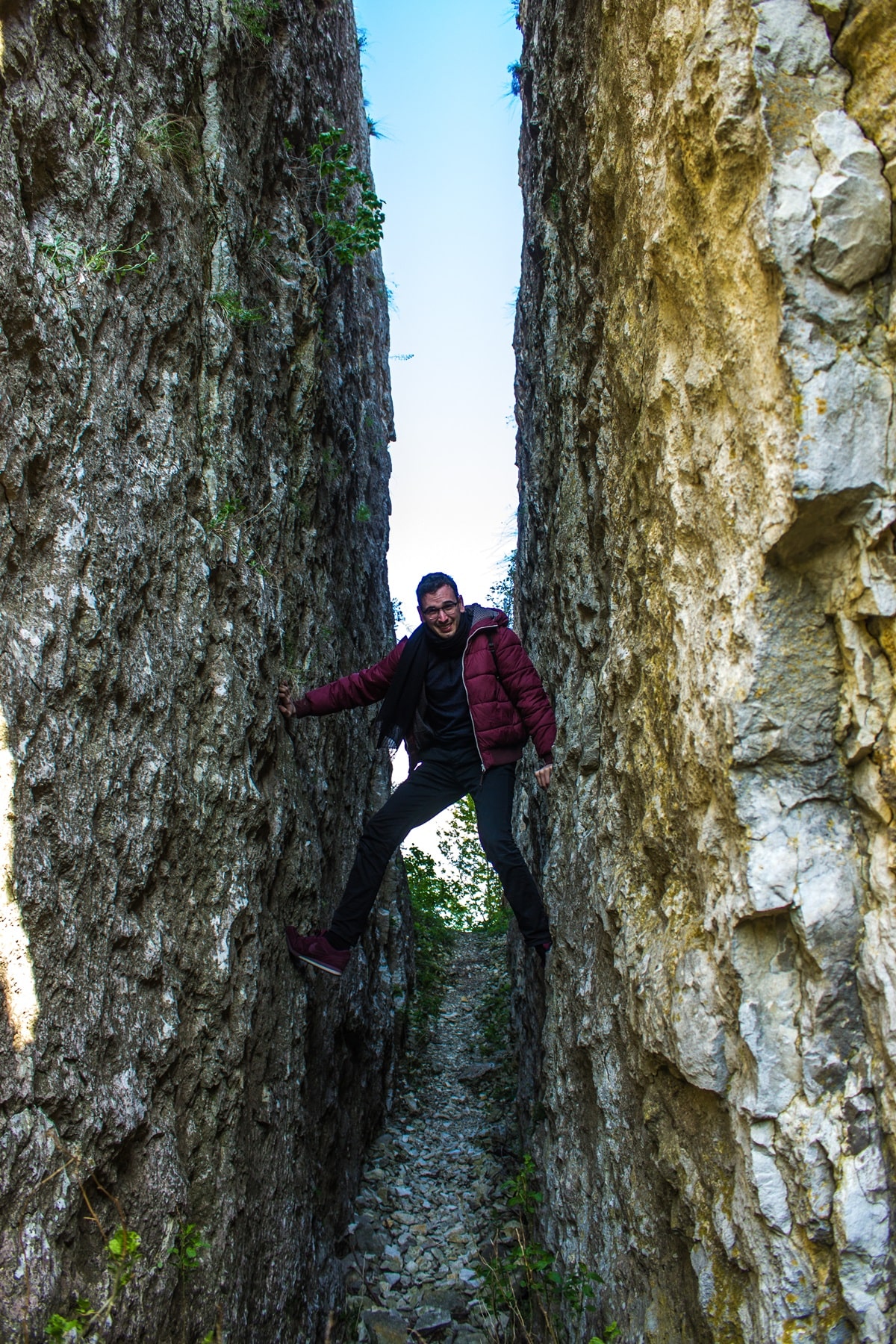 The stone itself has a legend that reads: Folklore hero Krali Marko was three days and nights in this region fighting with Musa Kessajia. By being defeated, Musa ran to save himself. So the Bulgarian lost his traces and in his anger he swung his sword-damask, struck the stone and split it in two. 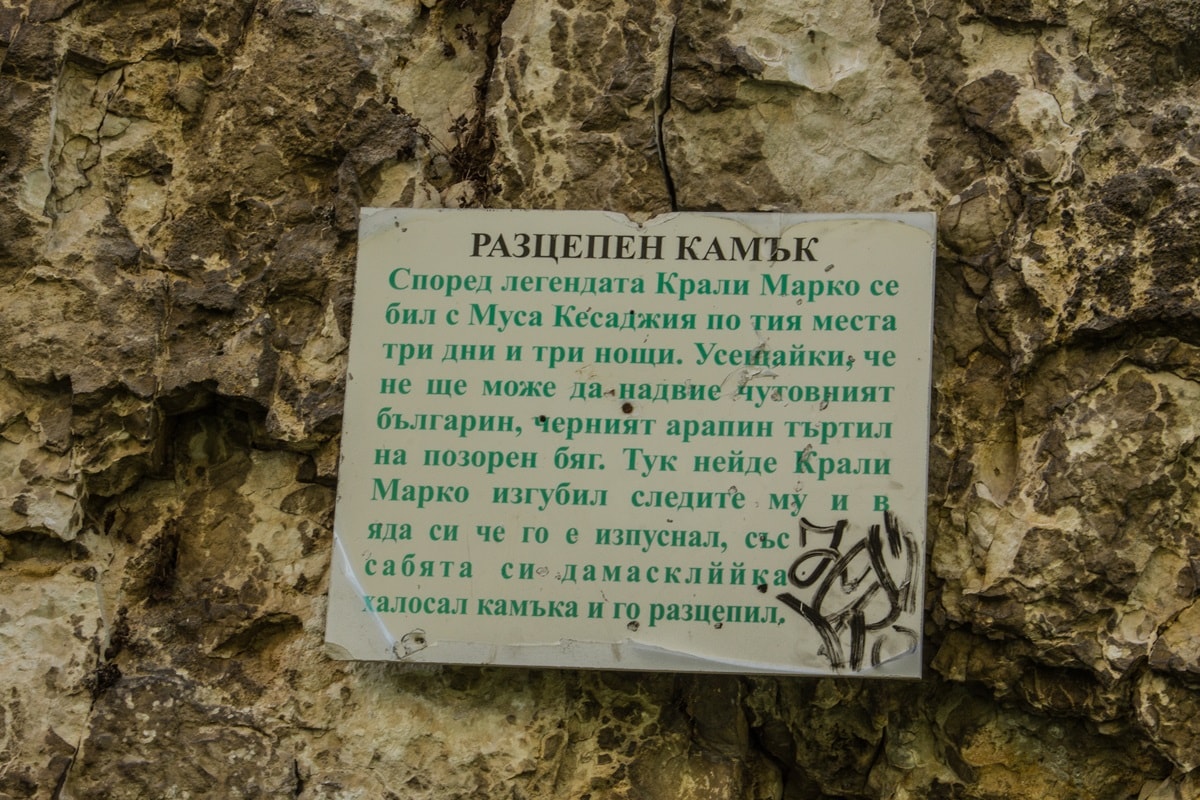 By visiting this place it will give you an incredible feeling due to the fact that it is not a popular destination and this gives a lush tranquility in the area.

Useful information:
The place is located 15 km from Pleven, 152 km from Sofia;
Follow the signs for the village of Gortalovo;
Eco path starts at the end of the village, here you can leave your car in meadow which is between the end of the village and the beginning of the eco path;
The place is very pleasant for a walk or even a picnic;
The path is equipped with arbors, which have benches, barbecues, etc .;
The surrounding canyon walls create tranquility and humility with the environment and make you feel happy because they charge you in a positive way;

Rhodope Mountains on the border with spring – Part One

History in the bosom of the Rhodope Mountains Ah, the Rhodopes, this is my first thought when I know that I will...