The adventure of being a Portuguese #Óbidos

There, in the middle of the fertile lands between Lisbon and Coimbra, lies a town that stands out proudly for its authentic aesthetics and uniqueness. Over time, it has become one of the must-see destinations for lovers of history, beauty and… chocolate and cherries. The place is called Óbidos and is one of the most beautiful medieval cities in all of Europe!

The medieval town of Óbidos is one of the most picturesque and well-preserved in Portugal. It is located approximately 80 km from the capital on high ground near the coast of the Atlantic Ocean. 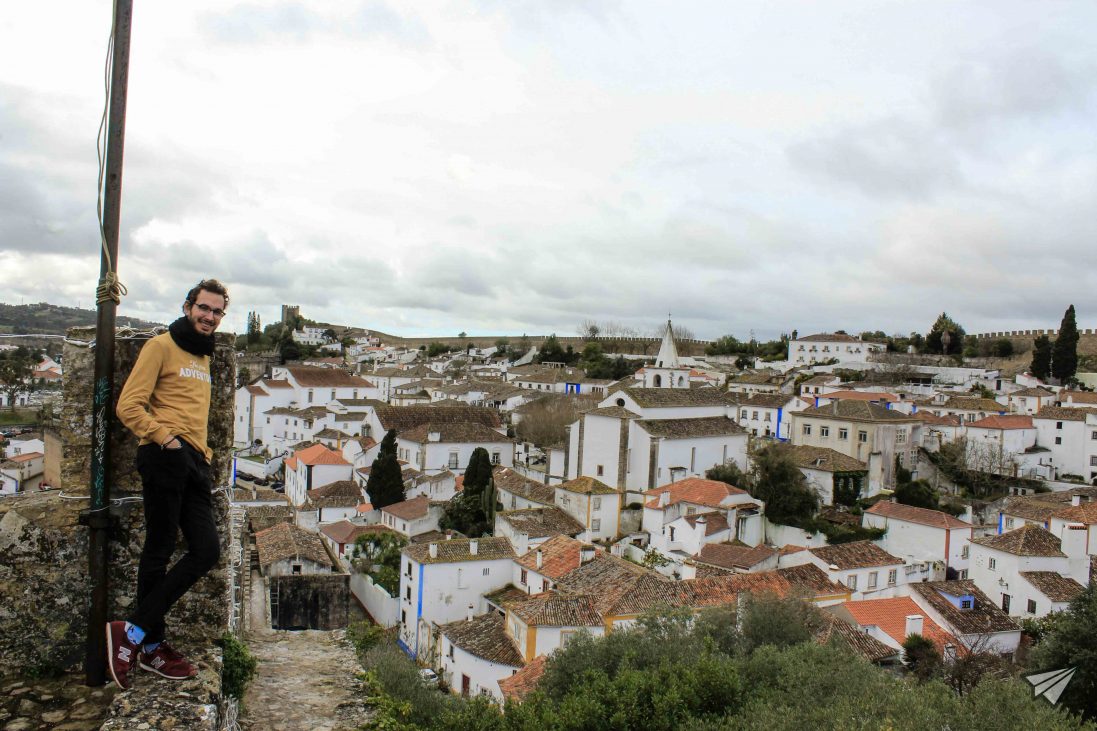 There are reports that the place was inhabited since the time of the late Paleolithic. The city continued to develop and expand during the time it was under Roman rule, but real prosperity came when Óbidos was chosen by the royal family as a bridal gift from rei D. Dinis to rainha Santa Isabel, in the 13th century. In this way, the city acquired its unofficial title of Vila das Rainhas (city of the queens), which ensured significant donations from several royal wives in the period from the Middle Ages to the 16th century. 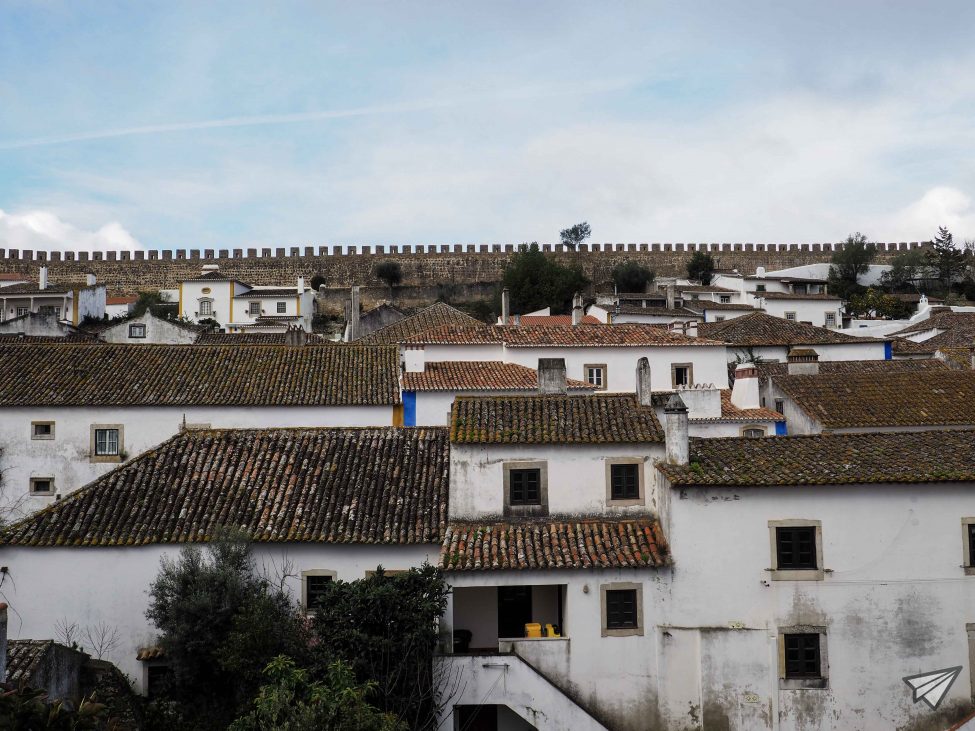 Despite its small area, nowadays Óbidos can be explored in 2 to 3 hours. Although it takes less time to visit than other popular ones day-adventure destinations – such as Sintra, Cascais or Évora – the city’s real appeal lies more in its charming appearance than in the number of tourist attractions it has to offer. 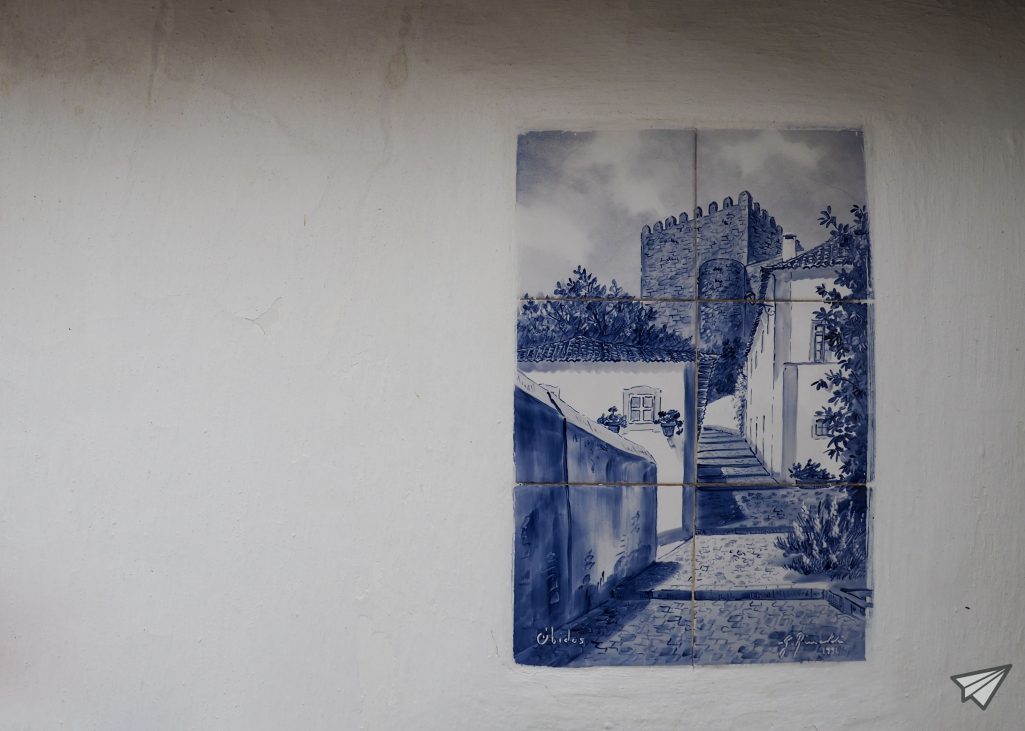 Your walk in Óbidos will start through the main gate – Porta da Vila. It leads directly to the main street, which is lined with chocolate and cherry liqueur shops, but what immediately strikes you are the well-preserved ramparts and castle. For centuries, they have withstood the changing times and encapsulated the irreplaceable historical richness of the city. Therefore, today it is a real pleasure to walk in the interesting and preserved labyrinths of streets and white houses that distinguish Óbidos as a destination. 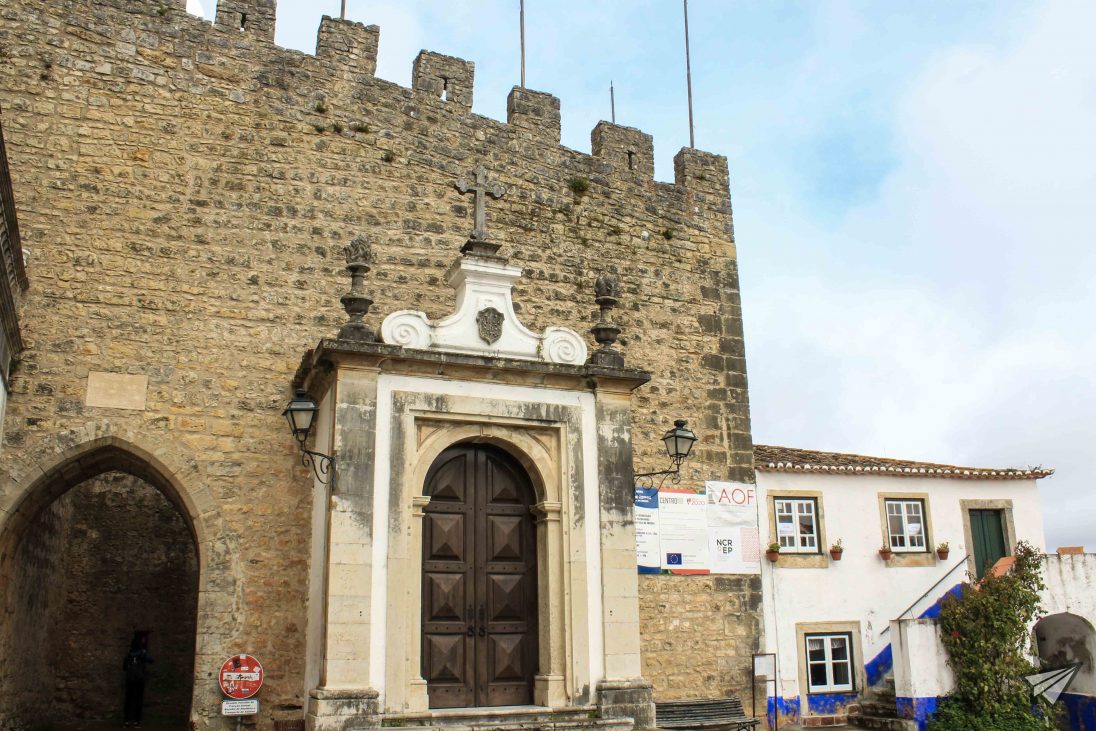 Therefore, one of the best things to do in Óbidos is to get lost in the picturesque streets of this charming city. Wandering the cobbled, walled alleys is like stepping back in time. The whitewashed houses are decorated with yellow, blue and red stripes (directly representing the royal coat of arms), potted plants and hand-painted tiles.

The city is built within the walls of Castelo de Óbidos (one of the Seven Wonders of Portugal) and is undoubtedly part of its charm. The Moors were responsible for the fortification of this medieval city, but the castle, walls, battlements and towers were reconstructed with some additions by various Portuguese kings over the years. The castle served as both a military fortress and a royal palace. Óbidos suffered significant damage during the 1755 earthquake, and its current layout is the result of extensive restoration work. A few years ago, after a major restoration, Óbidos Castle was turned into a state luxury hotel, so you can even spend the night here or have dinner in the restaurant. 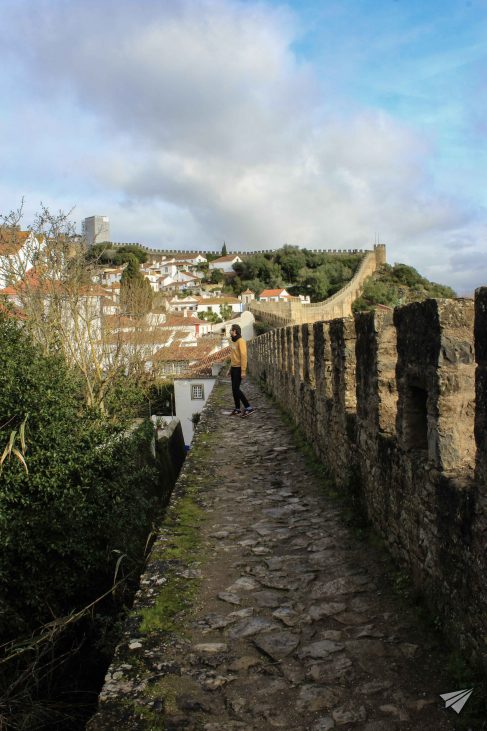 The medieval Óbidos Castle is quite impressive to look at, but the main highlight is the panoramic view from the top of the castle walls. The walls encircle the entire city (the route is about 1.5 km) and in some places reach up to 13 meters high. As Óbidos is on a hill in the middle of fertile farmland and close to the Atlantic coast, the views are absolutely amazing, especially during sunset. Be aware, however, that the stairs leading up to the walls have seen better days, and as the route along the Óbidos walls is narrow and worn at times and has no handrails, you must be extremely careful.

The special UNESCO status of Óbidos

Óbidos has been declared as Creative City of Literature and is part of the UNESCO City of Literature Program and the Creative Cities Network, focusing on honoring creative cities around the world. The cultural association Vila Literária de Óbidos was created to focus on literature, art, photography and design.

Although Óbidos has just over 3,000 inhabitants, it has more than half a million books. It’s fun to visit all the unusual places where books can be found. Livraria de Santiago is located in an old church. Livraria da Adega is a wine cellar turned into a bookstore. Even the post office in Óbidos is full of books for sale.

If you come from Lisbon, you’ve probably already tried this delicious Portuguese liqueur. However, Ginja or Ginjinha, is a specialty originating from Óbidos. Jinja is made from sour cherries, alcohol, sugar and spices such as cinnamon and cloves. Ginja Obidos is made from local sour cherries that have been pickled for a year! In Óbidos, the liquor is served in a small chocolate cup, the perfect companion.

How to get to Óbidos?

The journey from Lisbon to Óbidos is 85 km away and takes a little over an hour depending on the transport you use.

By Bus: Traveling by bus is an efficient and convenient option that takes an hour to reach Óbidos. The bus departs from Campo Verde station, which is easily accessible by the green and yellow metro lines.

By car: Driving is easy, with the fastest route taking just over an hour on the A8 motorway, which is a toll road. Driving within the city walls is not allowed, so keep that in mind.

By Train: Traveling by train is an option, but it is not the fastest option as the travel time takes around 2 and a half hours

Óbidos is the perfect day trip destination if you’re looking for an authentic Portuguese experience with an atmosphere far removed from the hustle and bustle of the cities. This medieval corner will show you a different view of Portugal’s tradition, love and art.