The adventure of being a Portuguese #Madeira 1

Right here, in the eastern Atlantic, is the Portuguese island that enchants every visitor with its majestic mountain slopes, a heavenly land of exotic fruits and flowers – all with views of the endless blue of the ocean: this place is called Madeira!

After I had the opportunity to experience a unique four-day adventure in the Azores (which I shared in detail here), my mind was thirsty for more exotic experiences and my eyes turned to the beautiful island of Madeira. To find where it is and what you can see there, you will need to keep reading…

Madeira is a Portuguese archipelago in the northeastern Atlantic, occupying almost the entire territory of the autonomous region with the same name, and is part of the European Union.

The archipelago is located 900 km southwest of the coast of mainland Portugal and consists of 2 inhabited islands – Madeira and Porto Santo – as well as several uninhabited islands. The main administrative city is Funchal. Also, it is good to know that the islands are the peaks of underwater volcanoes with a maximum height of 1861 m.

I had the opportunity to spend 3 unforgettable days in Madeira, spending each day in a different area of the islands, and I will describe each day in a separate article – day one, day two, and day three.  Each part of the island has distinct tourist attractions, which in turn makes the destination exceptionally diverse and attractive.

But before I start telling my story, you may wonder how much did this adventure cost me? Only 308 euros, which is extremely affordable used a few tricks:

Let’s start our walk around Madeira!

It is only fair to first talk about our host city – Funchal. The town was founded in 1424 during the initial colonization of the island of Madeira. Its name means “a lot of dill” (from the Portuguese “funcho” – dill) as when the Portuguese discovered the island, they found a large abundance of the plant. Today, Funchal is a modern, attractive, and different city on the island of Madeira. It is known for its culinary traditions, rich history, numerous ocean views, and wonderful climate all year round. 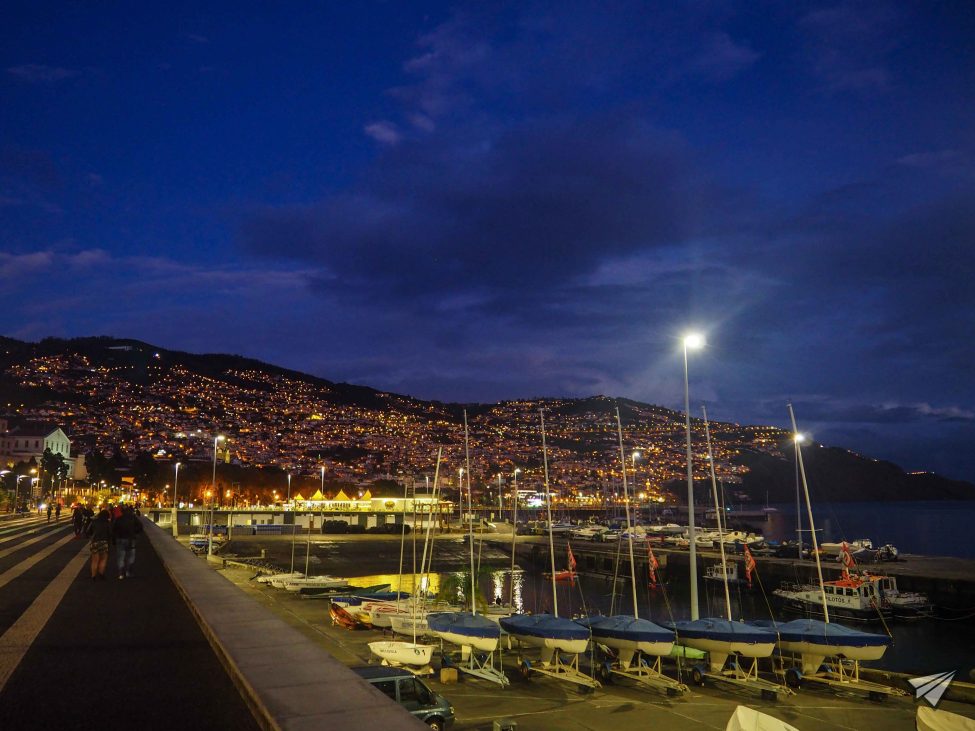 One of the distinguishing features of Funchal is its location on the southern slopes of Madeira with direct views of the Atlantic Ocean behind its beautiful curved mountain peaks. The city is located on the sunniest coast of the island, surrounded by banana plantations and amazing gardens, with flowers blooming all year round. The greenery and the whole atmosphere here will transport you to a whole new world of beauty.

Walking around the city you will be immediately impressed by the colors of the buildings, and in the old town, the well-preserved pavements with black and white basalt pavers (just like in Ponta Delgada in the Azores). In the historical part of the city, you will find buildings dating back to the 18th century, which have preserved their elegance and beauty.

In short, I can say that the administrative capital of Madeira is known for its originality. 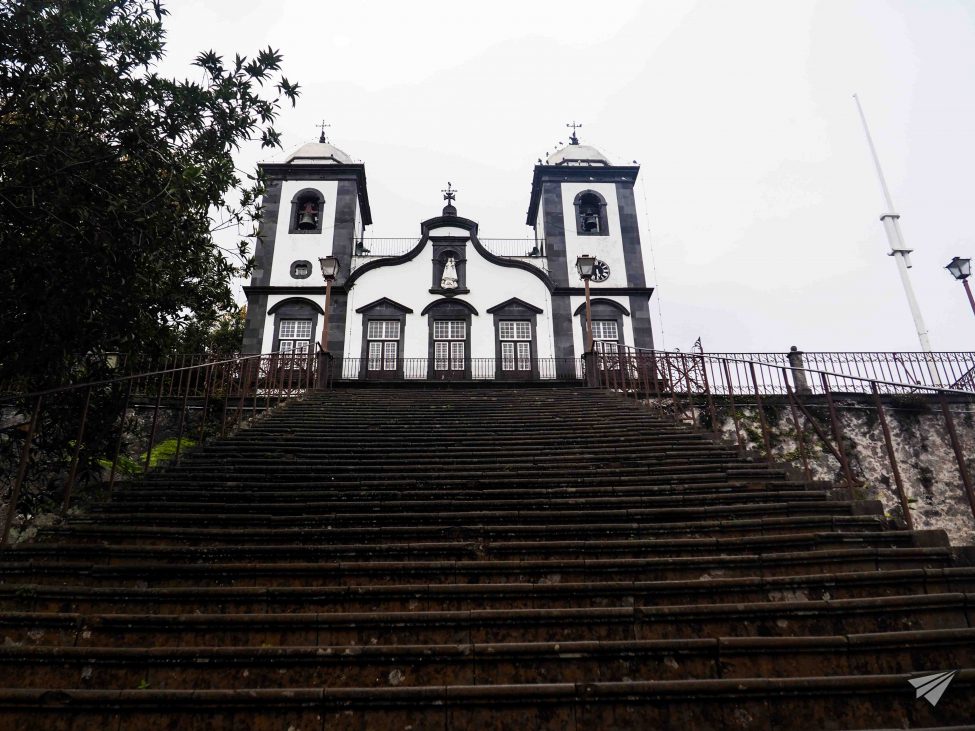 Mercado dos Lavradores, better known as the farmer’s market, is one of the recommended points that every visitor to the island should visit. The abundance of products here will make your head dizzy!

Opened in 1940, this market is still distinguished by its beautiful architecture. Designed with thought and convenience in mind, the intention for this place was to become what it is today – a major supply point for traditional raw materials in the city. Here you will find a wide variety of products – Madeira specialties – from fresh fish and vegetables to exotic flowers and local crafts. As the market is thematically laid out, you will find tropical fruits, vegetables, and spices upstairs, with fish and meat on the ground floor. 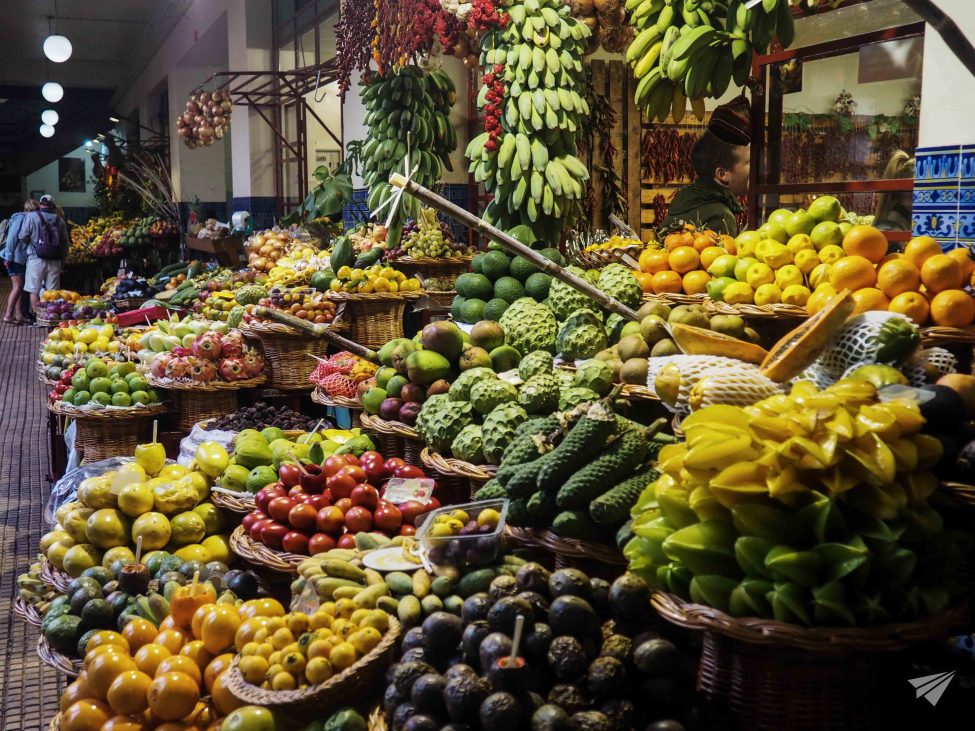 One of the most beautiful rocky landscapes of Madeira, this point of the island is a must for lovers of nature walks. The trails here are good but undulating – thus providing a varied experience, which gives plenty of exciting and impressive views of the ocean and the rocky edges. 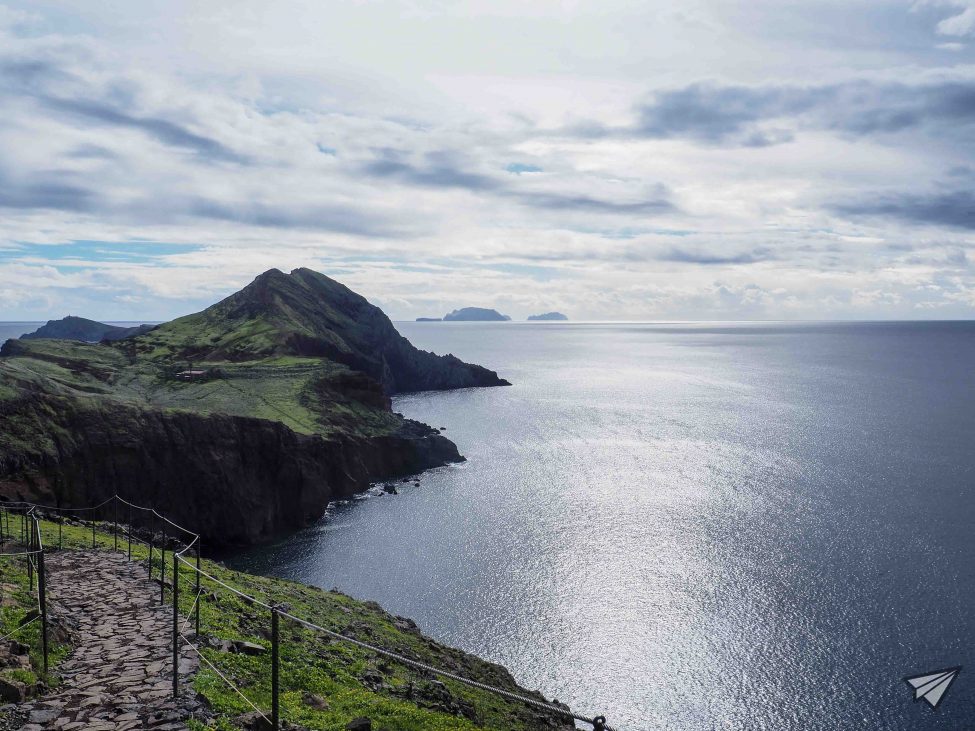 The trail follows S. Lourenço Point, the easternmost peninsula of Madeira, and takes 2:30 – 3:00 hours for the round trip. This peninsula is volcanic in origin and is built mainly of basalt, although there are some formations of limestone sediments. 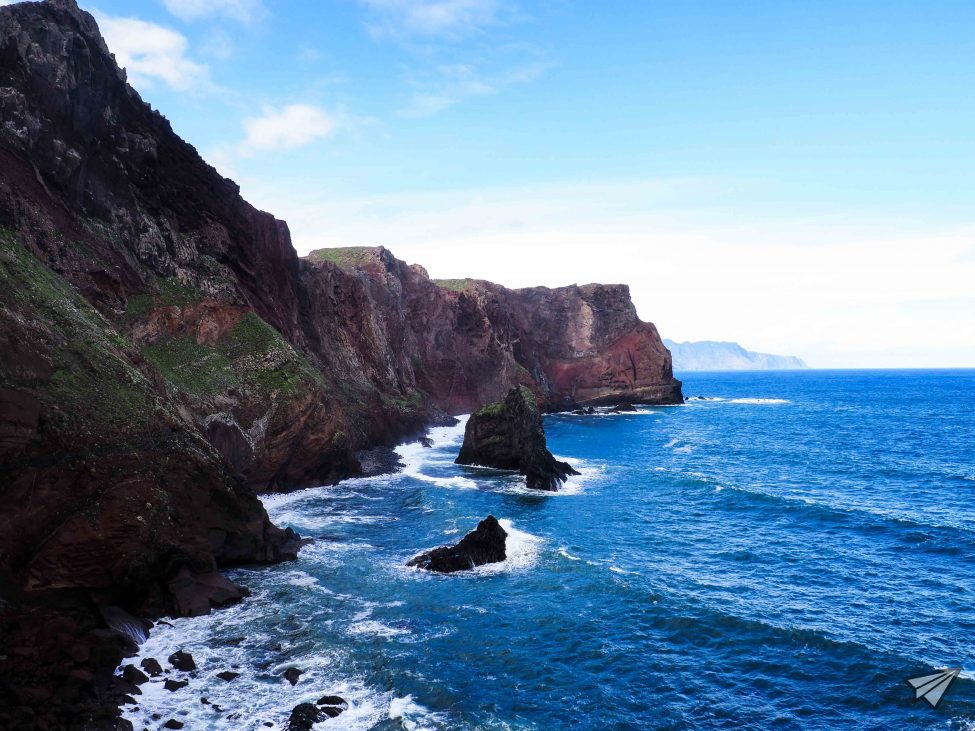 The cape has been a nature reserve since 1982, and the semi-arid climate and exposure to northern winds have sculpted the low vegetation. This explains the lack of trees that distinguish this area from the rest of the island and represent a real natural refuge with several rare and endemic plants.

It is interesting to note that Ponta de São Lourenço, together with the nearby islands of Ilhéu Da Cevada and Ilhéu do Farol in the eastern part, has been recognized as an important area by BirdLife International for its seabird colonies, including the largest Caspian seagull colony in Madeira.

This was just a small part of heavenly Madeira, check out the other interesting corners of the island that I visited in the articles:

Five waterfalls to visit in the Rhodopes

Let's explore together the unique magic of Pirin t

This one was quite the challenge to hike. Being ar

While we stayed in our host town of Lithoro it was

Many people don’t realize but Greece is not only

Greece is particularly known for the countless bea

Talking about breathtaking places in the Bulgarian

Keeping up with the beautiful panoramic views in R

Let’s go up and admire the pure spring beauty of

To the Rhodopes we go! On this adventure we visit