The adventure of being Portuguese #Guimaraes

Guimaraes, a city I had never heard of before, but with my stay in Portugal, I learned about more and more new places, which were added to my endless list of ideas for places to visit. So while I was in Porto, I decided to spend a day in this city. The only thing I knew in advance about Guimaraes was that it was located about 50 km from Porto and about 361 km from Lisbon. And that this is where Portugal emerged as a country and was the country’s first capital. Here was born the first king – Alfonso I, whose palace to this day is one of the main attractions of the city.

A curious fact about the city is that since 2001 the historic center of the city is included in the UNESCO World Heritage List, and in 2012 Guimaraes was the European Capital of Culture.

This city has preserved its medieval appearance to this day and this is the main reason why it stands out as a tourist attraction from most other cities, but what can we see in this city? Let me take you on my day trip to Guimaraes.

Guimaraes Castle is the main medieval castle, both in the city and in the north of Portugal. It was built by order of Countess Mumadona Diaz in the 10th century to protect the monastery from attacks by Moors and Scandinavians.

The castle is a military fortification,  mainly in the late Romanesque period and developed during the early Gothic era of Portuguese architecture. Its area is delineated by walls forming a shield-like pentagram, which includes eight rectangular towers, a military square and a central fortress. Originating from the foundations of a Roman structure, from the writings of Alfredo Guimarães, it was later developed on the French model, in its current form of a shield, with a reduced central courtyard and more difficult access.

Alfonso Enriquez, the first king of Portugal, was also born here. Such an event is considered to mark the beginning of the state itself. In reality, however, the city was the capital of Portugal for a very short period, after which the status of capital was shifted to Coimbra and Lisbon, but no one can take away the pride of Guimaraes that it gave the first Portuguese king and their state was born. 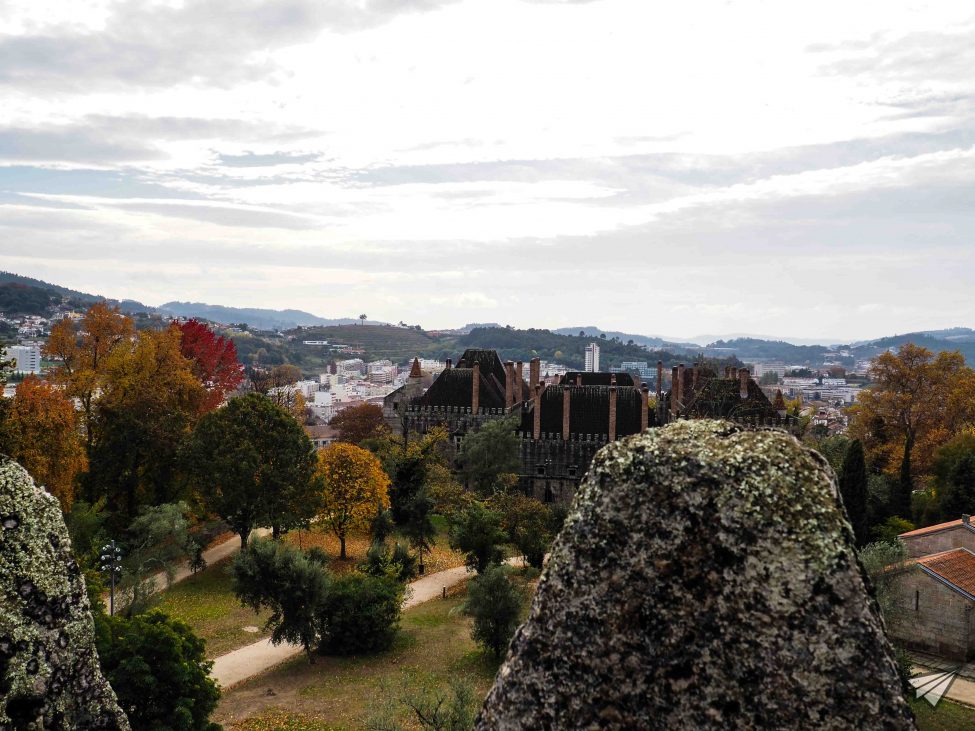 Palace of the Dukes of Bragança 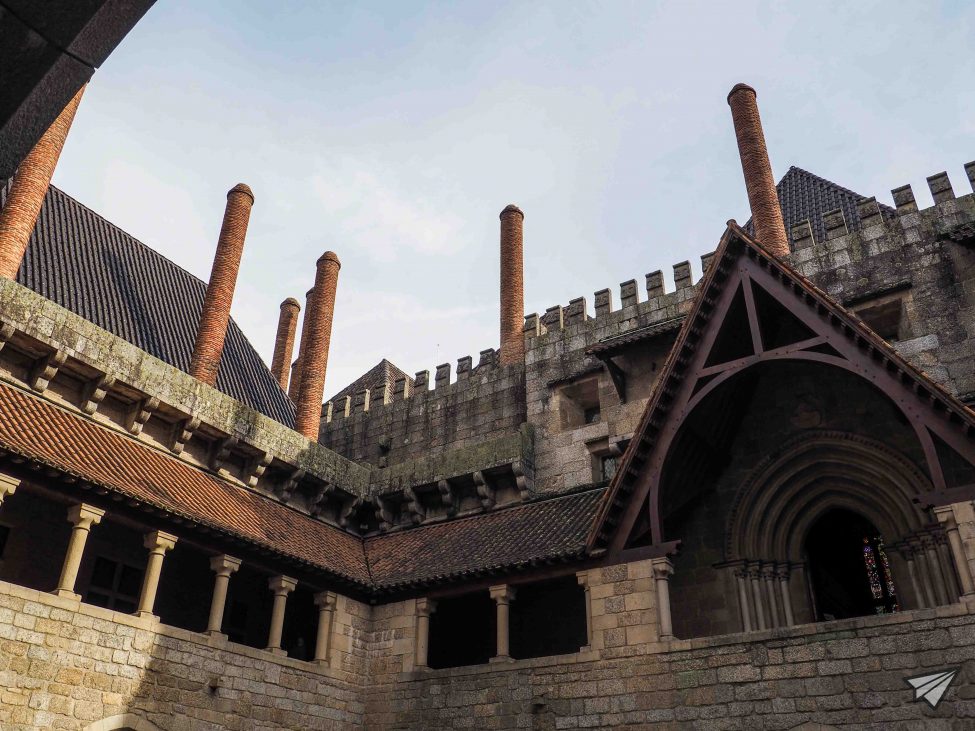 Initiated between 1420 and 1422 by Alfonso, Count of Barcelos, illegitimate son of John I of Portugal. However, the 16th century marked the beginning of a period of devastation that deepened in the 19th century during the Estado Novo regime (dictatorial regime), when the local population used the palace as a source of various materials. In 1910, the palace was classified as a national monument and was the official residence of the presidency.

The architecture of the palace itself has northern – nomadic features, which further distinguishes it from all other royal buildings in the country. It has two floors, the first being a real museum with a ballroom, a hall of lost steps, the bedrooms of the Duke and Duchess, as well as a rich collection of weapons, fittings and tapestries.

It is important to specify that the items on display in the rooms are not entirely owned or were part of the daily life of the first Dukes of Braganci, but rather describe the time when life was in full swing here.

On the second floor, the palace has its own chapel, which is also one of its major attractions, but the curious thing is that the second floor is actually the current residence of the presidential family, who stay there when visiting the city.

This is the last stop and my favorite point in the city. As a true lover of panoramic views, Guimaraes did not disappoint. Next to the town is Mount Pena (600 meters high), which is connected by a lift (Teleférico da Penha). That’s right, anyone who wants to see the old capital from above can take advantage of the lift and get on to witness the stunning view. 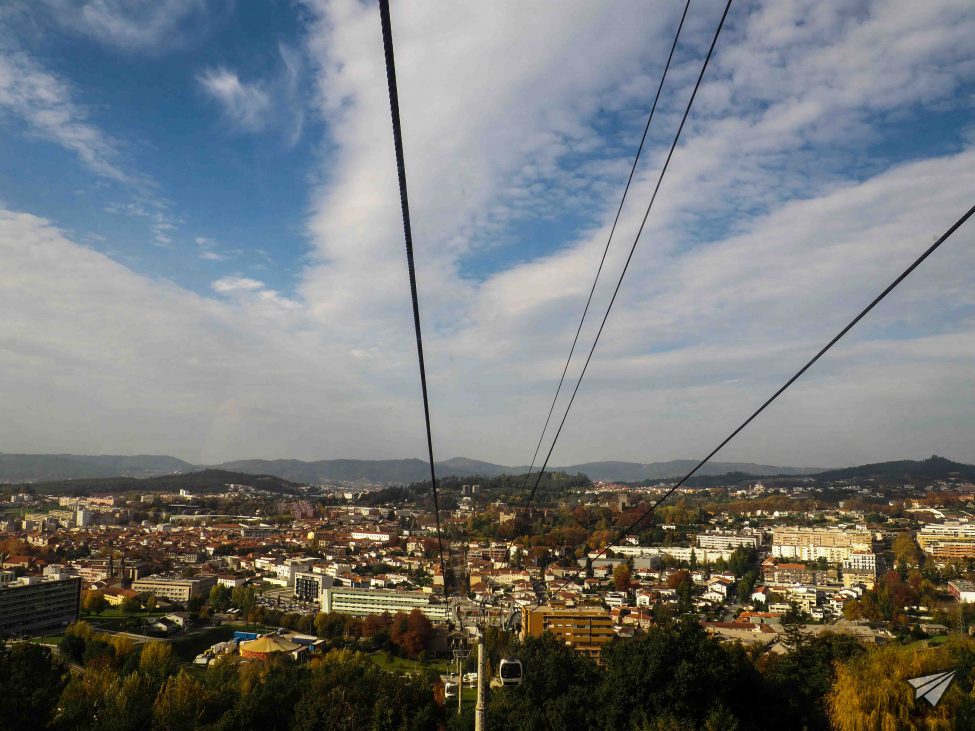 But the hill itself not only exposes you to beautiful views of the surroundings, but also interesting nature, surrounded by narrow paths that will take you through them. Another interesting landmark is the Sanctuary of Penha (Sanctuario de Penha), where you can witness various religious ornaments, documents and photographs from different years of its existence. 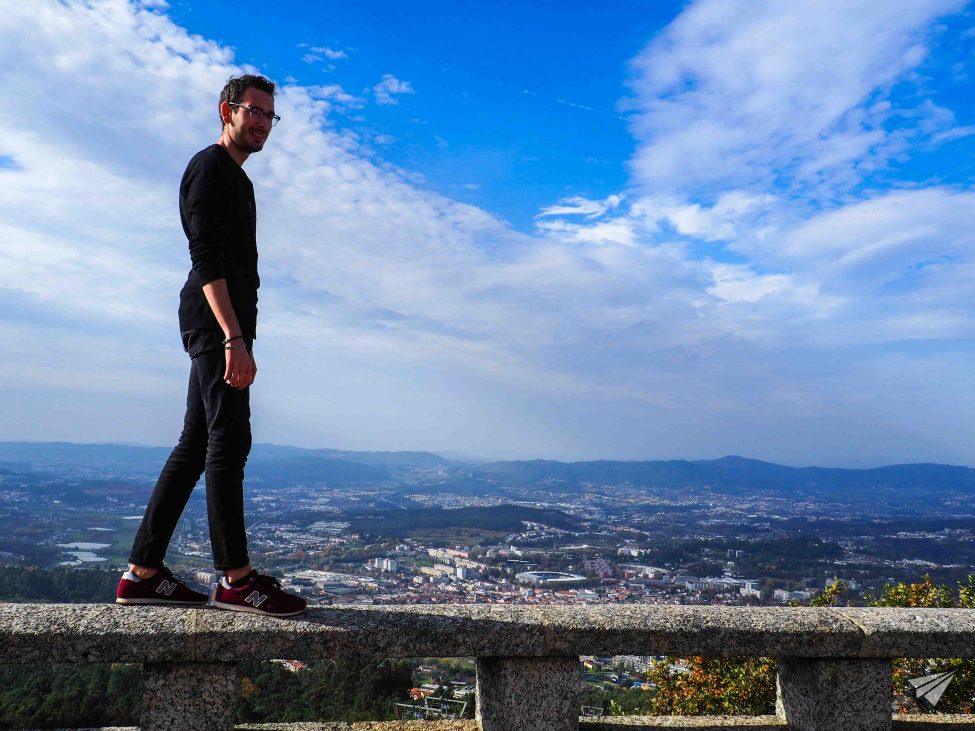 Working hours of the Penya Lift:
It changes according to the meteorological conditions. But I recommend that you orient yourself in the hours of the Sanctuary of Penya.

Guimaraes is a historical source for the origins of the whole nation and the more people know about it, the more attention will be paid to the city, and it is really worth a visit. In order to appreciate the current appearance of a city, we must first realize and respect its history and origins. And not just one city comes from Guimaraes, but an entire country.

Ecopath “Nagore kum slunceto” (Up to the Sun)

The happiness to be an Italian #Siena The little jewel of TuscanyPiazza del CampoTorre del MangiaPalazzo...