The adventure of being a Portuguese #Porto

There are two types of people in this world – one who adores the inimitable beauty of Lisbon and others who would not acknowledge the existence of anything better than Porto. The others who have not took any side… are just confused.

Jokes aside, but during the time I lived in Portugal, I listened to thousands of comments about these two cities, and not just. I won’t even forget that time when I was traveling in the Azores and a kind old lady spoke to me and it turned out she was from Porto and explained to me that Lisbon is really the prettiest city in Portugal, but in Porto, are the best and nicest people. Well, after these words it was impossible not to roll up my sleeves and not go to Porto to find out the truth for myself!

Porto, Portugal’s second largest city, is an important economic center of the country and the capital of the Norte region. But what distinguishes this city so much and its competition with the capital? Could it be that it borders the Atlantic Ocean, or does its location on the slopes of the Douro River make it unique? My answer is that all these factors makes it an interesting and different tourist destination that cannot be compared to another city.

So let’s head for our walk in Porto! Before I start my story, I want to share that my stay in Porto was 4 days, in each of them I took the train and went to another neighbouring town to enrich my tourist experience and knowledge about Portugal. Get ready to talk about in the following posts: Guimaraes, Braga and Aveiro, which are the other three treasures of tourism.

One of the first attractions you will encounter is the Central Railway Station, city train station – Sao Bento. I have to admit that it is one of the most impressive train stations I have ever seen. The waiting room of the building is entirely covered by beautiful azulejos, depicting various historical events as well as landscapes from Portugal. Trivia in numbers: It took 11 years and 20,000 tiles to transform this art room.

The Louis I Bridge is a two-story metal arch bridge that spans the Douro River between the cities of Porto and Vila Nova de Gaia. When it was built, its 172-meter span was the longest of its kind in the world.

You can walk on both levels, which gives you different types of views opening up in front of you. The lower level is for cars and the upper level is for the subway. A curious fact about the bridge is that it was designed by Gustav Eifel, namely the man we all associate with the Eiffel Tower and you may not know, but he also created the supporting structure of the Statue of Liberty. These days, the bridge has undergone several modifications due to the city’s growing needs and adaptations.

You already know that I am a fan of high views and so I did not miss the most famous and impressive panoramic view of the city. The place is a former 16th century monastery that has been transformed into a military barracks. You can reach by crossing the Louis I Bridge and continuing straight ahead, after 300 meters you will see a street on the left that will take you to the amazing, breathtaking view of the old town and the mouth of the Douro River.

The church of Clerigos was built in 1763 in baroque style by a project of the Italian architect Nicolo Nazoni. It also houses a second part, a bell tower, Torre dos Clerigos, which can be seen from different points of the city, and it was at that time that it served as a landmark for navigators and became one of the most characteristic symbols of the city.

The tower is 75.6 meters high. You have to climb 240 steps, which go through six floors to reach its balconies, which offer incredible views of the city and the surrounding countryside. 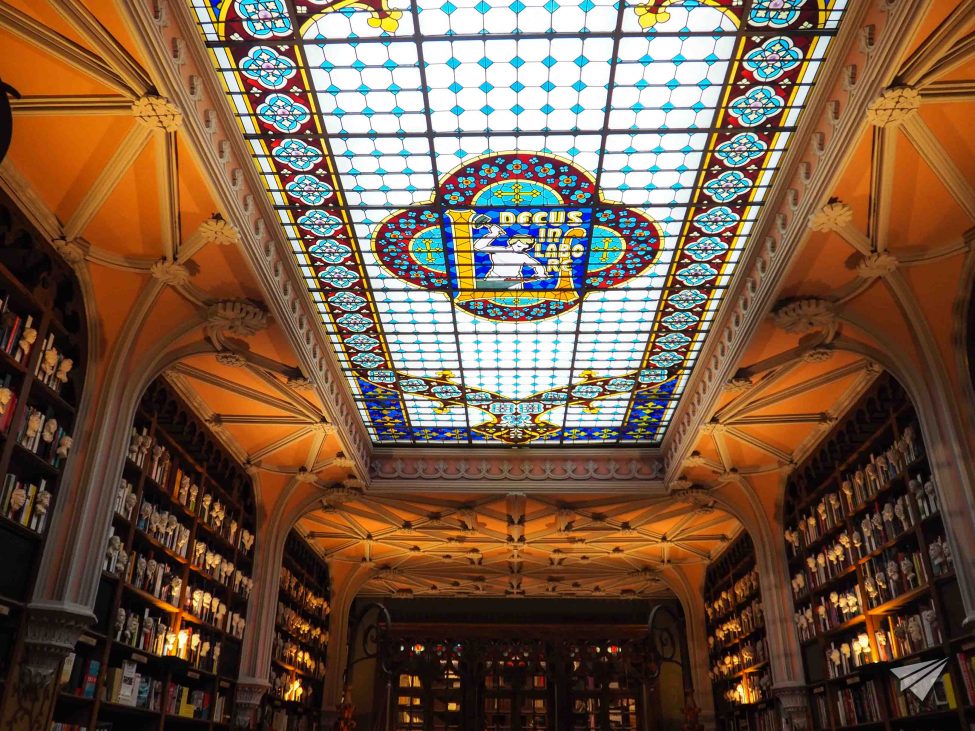 A curious fact that adds value to the place is that this particular bookstore has been visited many times by J. K. Rowling, author of the Harry Potter series when she taught English in Porto and is believed she has been inspired to write right here.

Apart from the rich collection of books on sale, the interior is undoubtedly impressive. The connection between the two floors of the bookstore is a forked staircase. Above this staircase is a large staircase from 8 to 3.5 meters, with the central Decus motto in Labore and the owners’ monogram. The ceiling and interior are completely finished with painted plaster, designed to resemble sculptured wooden surfaces and decorative elements. The building still retained the railings and the wooden trolley used to move books around the store between shelves. 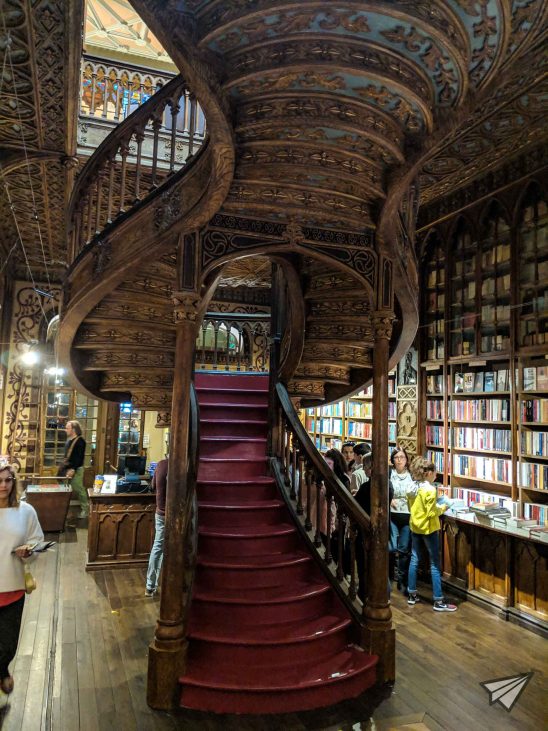 To visit the venue you need to buy a ticket worth 5 €, and when you buy a book from the bookstore you can use the ticket itself as a discount and reduce the value by 5 €.

Walk through the streets of Porto

It won’t be a real Portuguese city unless I stroll through the city streets and show off some of its architecture and favorite art, namely graffiti, which adds to the charm and value of the city. 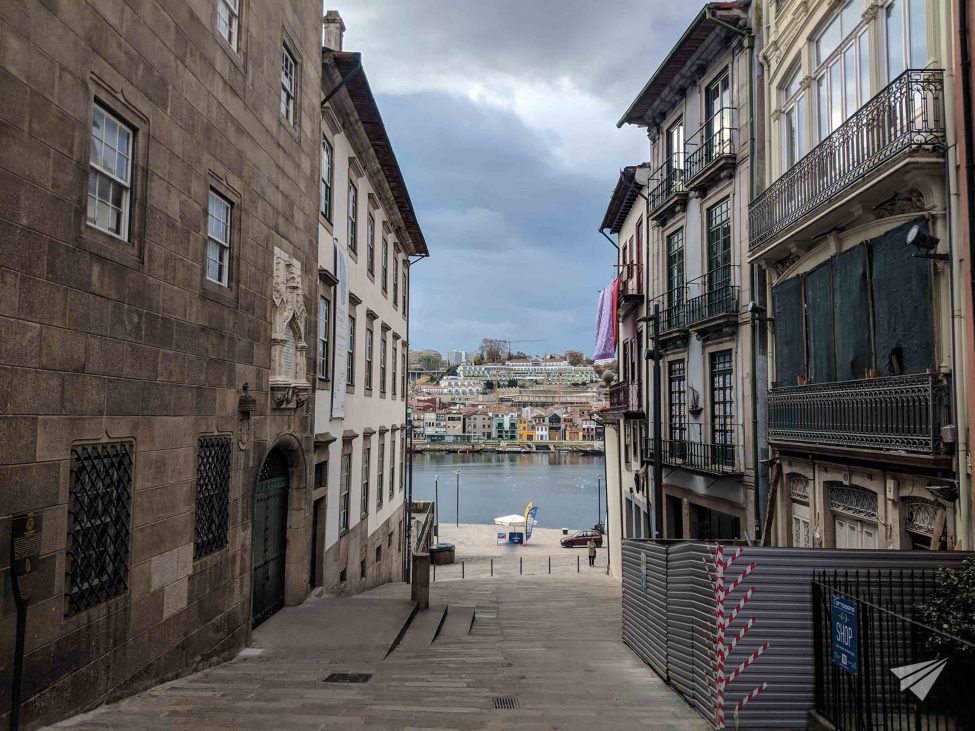 Walking through the small and winding streets you will surely find yourself in the old neighbourhood of Ribeira, which will immerse you in the authentic spirit of the city. There you will have the opportunity to see various colorful and old buildings representing the history of the city, and as you stroll along the alleys and the streets you will come across random “modern” graffiti treasures.

Porto is a wonderful example for us of how a large and significant city in the country has adapted in a favorable way, retaining its old spirit and traditions. At the same time, it welcomes the new and the change, becoming a favorite and obligatory destination for every adventurer. 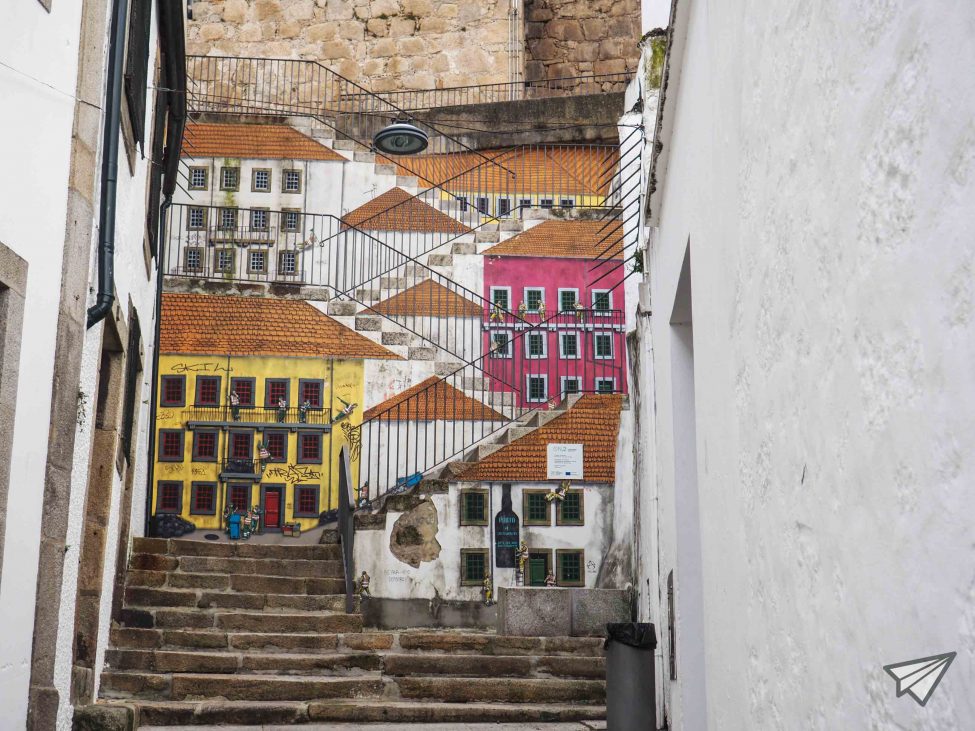