Chepun Mountain is small in size and comparatively low compared to other mountains, but it should definitely not to be ignored. It is situated at the foot of the Western Balkan Mountains and is easy to conquer, with its peak being the Petrov Cross, which rises at 1206 meters above sea level. The very path to the mountain consists of a smooth ascending black road to the very top, which is about an hour and a half long.

For the first time I climbed the mountain completely alone on December 31, crazy right? But I must admit that this was one of my most fulfilling adventures that I have undertaken. Being alone with yourself, in the midst of the mountain desert … priceless.

So I walked along the black road that started on the right side of the street that goes out of Dragoman. At first it passes through areas covered with trees, but they gradually retreat, leaving you alone with fields covered in blown grasses.

The higher I climbed, the more exposed limestone you can see, which proves that the mountain is made of karst limestones, quite typical of the region, considering that at its foot is the only karst swamp in Bulgaria , The Dragoman marsh.

Once you reach the top, you will find an ancient votive cross, which is believed to have given the peak’s present name, the Petrov Cross. According to the legend, it was placed here by relatives of a Dragoman chorbadjie [wealthy man] named Peter who, in the Turkish era, was kidnapped and killed at the top by robbers.

On the top there is a metal table with two metal benches, for taking a rest, and another curious fact relates to another wooden bench, with a view of the Dragoman marsh and the southern outskirts, with the inscription “In memory of Tsar Boris III” is placed here  ‘In this place the King has stopped resting.’ ” In addition, a monastery at the very top is under construction, where it is believed that in the antiquity a sanctuary of god Sabazius was located. 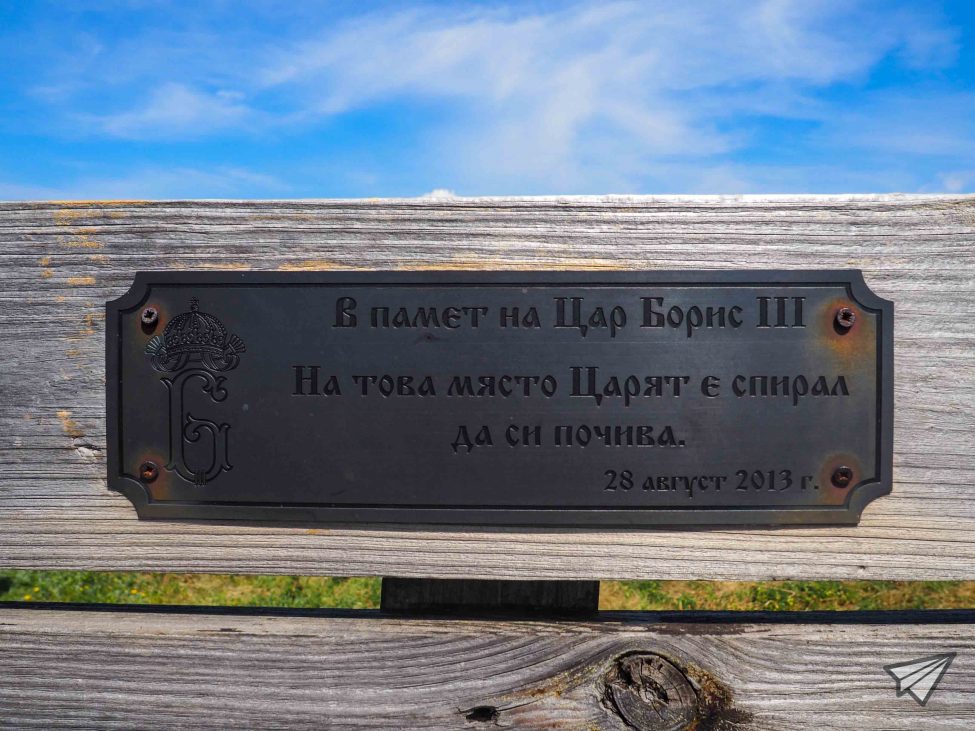 As I told you at the beginning, the top of Chepun Mountain is not to be underestimated because it gives you an incredibly beautiful view in all directions starting from the north, you can see Stara Planina, east Vitosha and other big and small heights. At the southern foot of the Dragoman marsh, behind it are the low hills Three Ears, where the Bulgarian victory took place in the war with the Serbs in 1885 and to the west neighboring Serbia is visible.

In conclusion, I can say that no matter which season you choose to visit this peak you will not be mistaken, because even if the top is only 1206 meters above the sea level, it provides some of the most beautiful and full panoramas in every direction, and you can always combine the walk with the Dragoman marsh.  This region of Bulgaria is slightly underestimated whereas there are so many things that this place can show and teach us.

Useful information:
Chepun Mountain is located at the exit of the city of Dragoman, at 44 km;
This is an excellent destination for a one-day escape from the big city;
It’s a comfortable for both young and old;
Wear comfortable shoes, because we are still talking about a mountain;
Do not underestimate the low peak, it can show you more than you think;

Bulgaria! One of the most heavenly pieces of land in the world! And yes, I do not overstate that statement, why?...

Bulgaria is undoubtedly rich in a variety of natural features but did you know that one of the most unique of those...