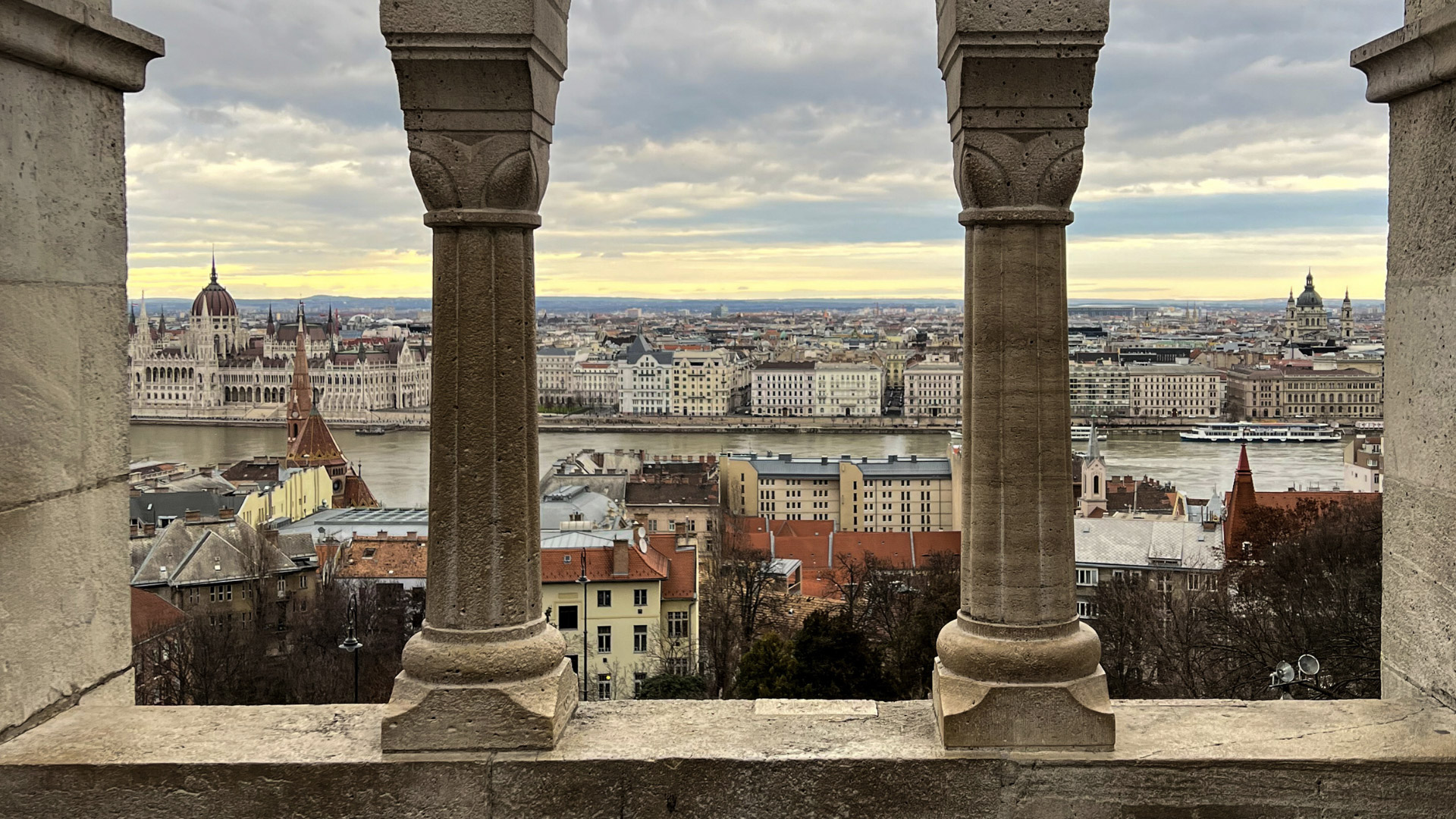 The capital of Hungary – a city with an impressive past, beautiful architecture and intriguing atmosphere with notes of both sides of Europe – east and west. This is Budapest – a collection of cultures, people, stories and three cities – Buda and Obuda on the west bank of the Danube, and Pest – on the east bank, where its name comes from.

For a long time I wanted to visit this city, so after throwing the idea of ​​Budapest to friends, we found ourselves celebrating the New Year here. Honestly, I am very pleased that I spent the holidays in this city and I hope that the following lines will inspire you for your next trip to Hungary.

But what is Budapest today and why is it one of the most popular destinations in Europe? With this article and the next one I will show you the city through my eyes and share points of interest from the capital to visit.

Get ready, because we have a long and interesting tour of the Hungarian capital!

Built during the Golden Age of Budapest, when the city was the capital of the Austro-Hungarian Empire, this monumental Gothic Renaissance building dominates the banks of the Danube. The building is one of the largest in Hungary and is home to hundreds of parliamentary offices. Although the impressive building looks fantastic from every angle, to see all its splendor, it is worth seeing it on the other side of the Danube. 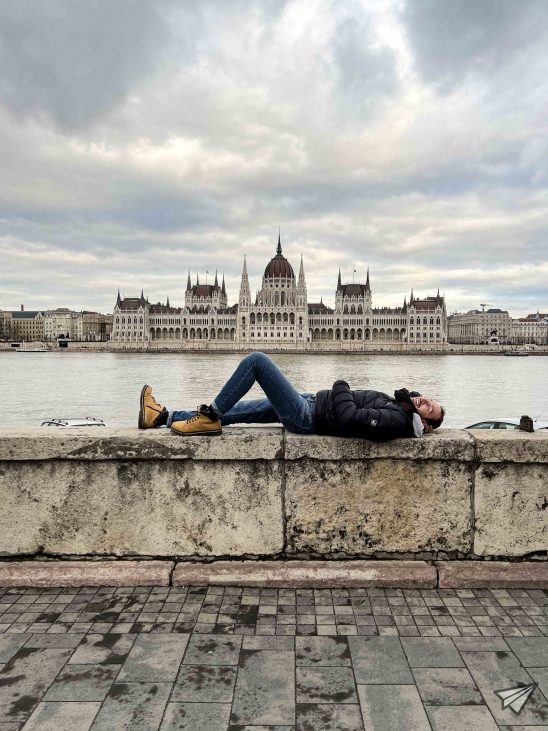 You can take advantage of the guided tours, where you will learn about the history of the city and how the government works. (If you plan to visit the place, buy your tickets in advance, as the queues can get really long.)

Heroes’ Square is an important point of the city, which pays tribute to the 1000th anniversary of the founding of Hungary. The site is home to an iconic monument that includes images of the Seven Magyar Leaders believed to have brought the Hungarian people from Central Asia to the Carpathian Basin.

On the central pillar is the Archangel Gabriel holding the Hungarian crown. On either side of the central column are two corresponding colonnades depicting various other historical Hungarian figures. 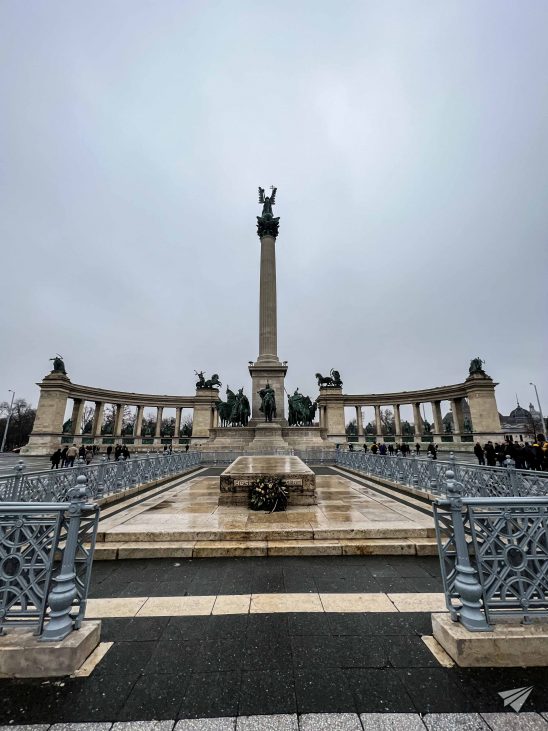 This is the largest church in Hungary. Named after the first king of Hungary, the church consists of richly decorated architecture, magnificent works of art and is crowned by a massive dome. It was completed in 1905, after 50 years of construction. 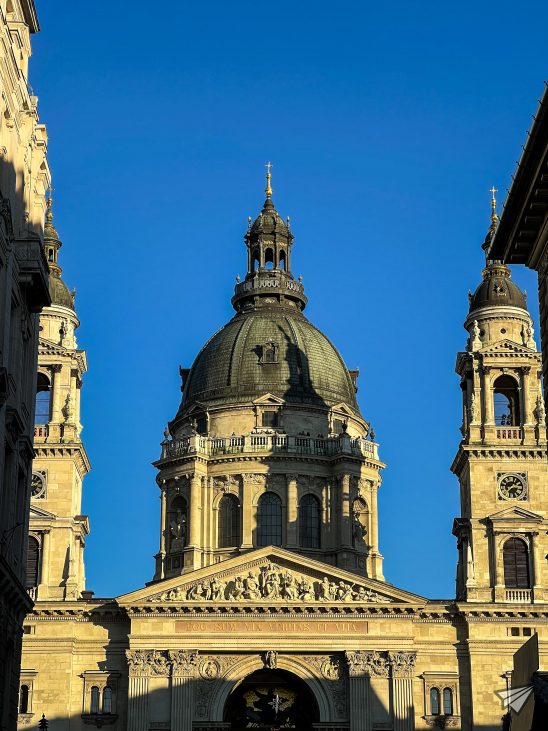 Although the Fisherman’s Bastion looks like a medieval monument, it was actually built in the early 20th century in neo-Gothic style, specifically to act as a panoramic observation platform across the Danube, Margaret Island and Pest.

It is named after the fishermen’s guild, which was responsible for protecting this section of the city walls during the Middle Ages.

The seven towers of the Bastion represent the seven Hungarian tribes that helped settle the Magyars in the Carpathian Basin. The place is suitable to visit at any time of the day, because every view from here is worth it! 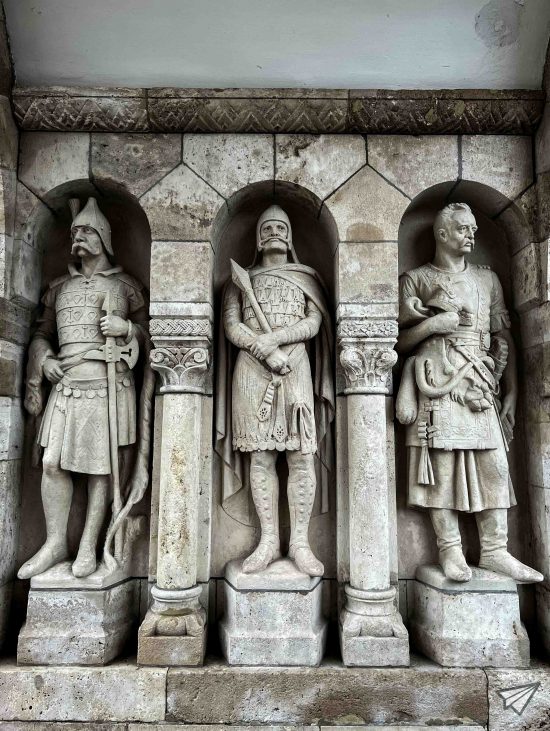 Next to the Fisherman’s Bastion is one of the most impressive architectural buildings in Budapest – the Matthias Church. It is believed to be one of the most beautiful in Europe. Today’s appearance of the building was built in the magnificent late Gothic style – the second half of the XIV century, and was restored in the late XIX century. Its roof is covered with colored tiles, Gothic-style towers, white stone walls and distinguishes it from other architectural structures of the Hungarian capital. 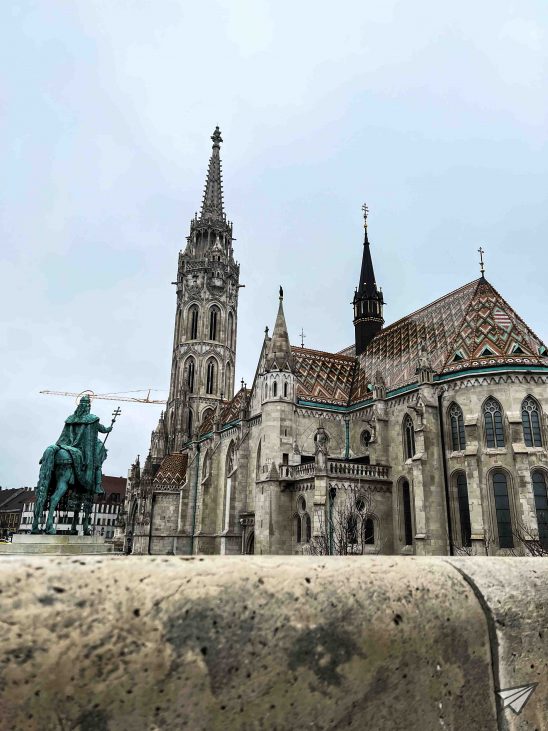 This synagogue is one of the largest in the world outside of Israel, although its Jewish population has declined since World War II. The interior and garden were restored in the 1990s, with much of the funding coming from the population of the Hungarian Jewish diaspora around the world. In the garden you can see a monument to a weeping willow, metal leaves of which  bear the names of some of those killed in the war. There is also a monument to Swedish diplomat Roallen Wallenberg, who helped save hundreds of Hungarian Jews from concentration camps and ghettos. 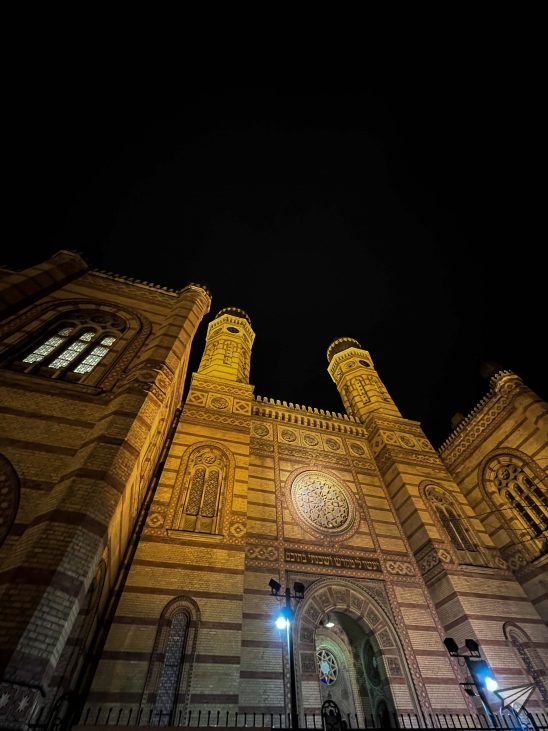 Three museums not to be missed in Budapest

Budapest has many museums on various topics, here I will share with you the most important and those that I think will best present the history and culture of Hungary.

The Hungarian National Museum is home to thousands of exhibits showing the country’s history, art, religion and archeology, including exhibitions from areas now considered outside Hungary. The grand neoclassical building of the museum itself is worth a visit, even if you do not plan to see the inside. The tranquil gardens outside the museum are considered a popular meeting place and are especially preferred during the summer months.

The House of Terror represents organized exhibitions on the successive fascist and communist regimes that ruled Hungary in the 20th century. The building itself is the former headquarters of the Fascist Cross of the Arrows party, and the building was later used as a prison and torture site by Hungary’s State Security Service.

The exhibition includes information on both regimes, as well as testimonies of some of the victims. In addition to exhibitions on fascist and communist “security services”, the building often houses other temporary exhibitions.

The Museum of Fine Arts in Budapest was founded in 1896, when the collections of several institutions were merged to be housed under one roof, namely the roof of the neoclassical building from 1906, which houses the museum today.

On the ground floor you will find exhibitions of classical antiques and 19th century paintings and sculptures. The exhibition of classical antiques covers five halls and consists of more than 5,000 items. The collection of paintings includes works by German, Austrian, Dutch, Flemish, Spanish, Italian and British masters. On the second floor, the sculpture exhibition consists of more than 100 European sculptures from the German Late Gothic, the Italian Renaissance and the Austrian Baroque, among others.

Here you will also find a collection of Egyptian artefacts, including decorated sarcophagi and portraits of mummies in the basement. Here is the classical part, containing Greek, Etruscan and Roman works. The collection of Greek vases and urns ranks among the best and most complete in Europe.

The Budapest Zoo and Botanical Garden have a history dating back to the 19th century. It is one of the oldest zoos in the world, as well as the oldest zoo in Hungary. The zoo covers an area of ​​over 18 hectares of land and is home to more than a thousand different animal species.

The park has unique buildings and is divided into different thematic areas to present in the most natural way the rich diversity of life in different continents. 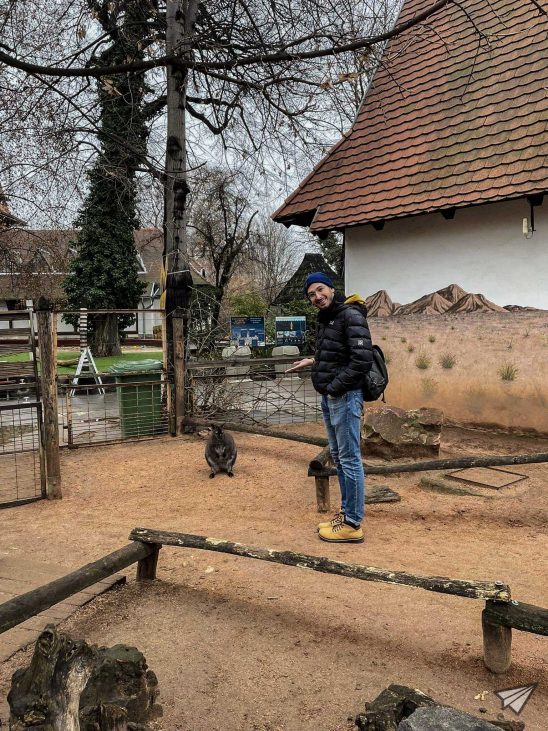 Personally, I was most impressed by the fact that in some places it is possible to enter the enclosures of animals and be inches away from them. This was possible with small kangaroos, most tropical birds and more. The good arrangement, cleanliness and attitude towards the animals in the park really impresses.

Work time:
Every day from 10:00 to 16:00, the weather may change depending on the season and holidays;

This is only a small part of what Budapest has to offer but I hope that with these examples I have shown you what a rich variety of sights it has and can show you. So do not miss this opportunity to enrich your knowledge and put in your annual plans the Hungarian capital.

Strasbourg – history, art and… tarte flambée Strasbourg is situated in Alsace, a region with an atmosphere that...