The adventure of being a Portuguese #Azores 2

The Azores feature extremely interesting natural phenomenon that are magnificent and beautiful. That is also the charm of San Miguel Island’s western part. This part of the island is distinguished by the beautiful landscapes and lakes along which there are long eco paths between the mountain hills (walls of the crater). They play the role of a “fence” between the Atlantic Ocean and the lakes, but this is precisely the magic of the Azores.

Miradouro da Vista do Rei is one of the most spectacular panoramic views of the Azores. From here you can see one of the most popular places on the island, namely Lagoa das Sete Cidades. Also, the panoramic playground offers a wide view over the volcanic crater, its surrounding countryside and the town of Sete Cidades.

Lagoa das Sete Cidades, or as they are called, twin lakes are located in the crater of a sleeping volcano. It consists of two small, ecologically distinct lakes connected by a narrow strait that is crossed by a bridge. It is the largest water body in the region and one of the most important freshwater resources in the archipelago. 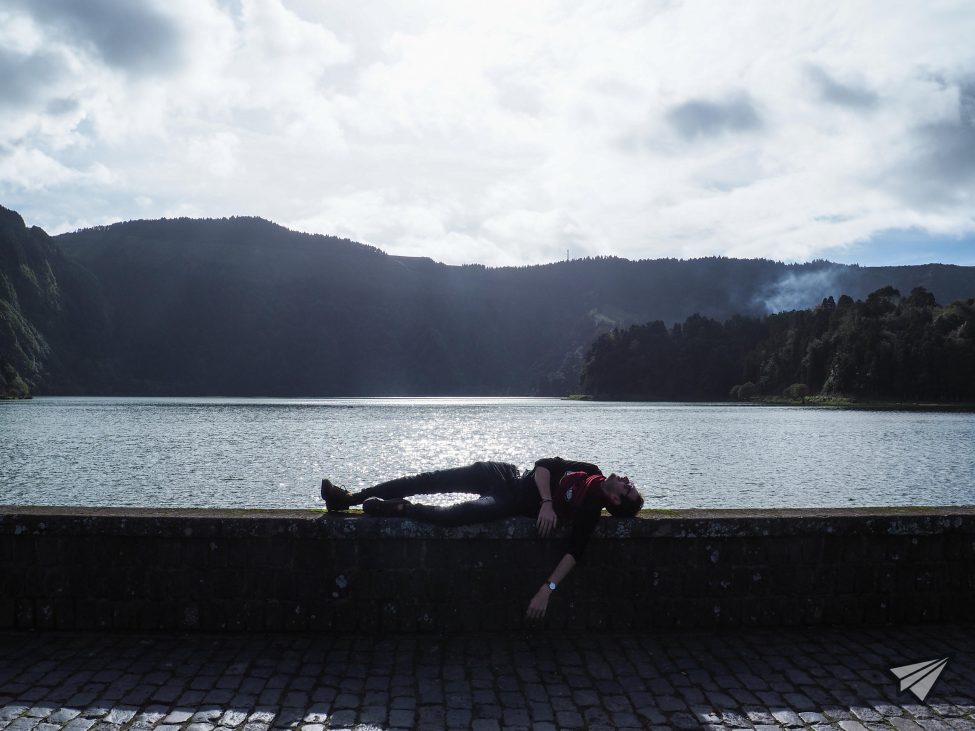 It is curious that the two lakes are actually one. But visually they differ in one being blue and the other green (Lagoa Azul and Lagoa Verde). This is due to the light that is reflected by the vegetation they contain. Or because of the legend of the green-eyed princess and the blue-eyed musician who couldn’t be together because of the King’s ban. This led to their sadness and their tears created the two lakes. But whatever the reason, I have to admit it’s impressive.

Lagos de Santiago is one of the greenest things I’ve ever seen in my life (even greener than Lagoa Verde)! It is a deep lake located in Serra Devassa, deep in a volcanic crater. Its altitude is 334 meters above sea level. It is 700 meters long, 475 meters wide and 29 meters deep. It is surrounded by macaronesian forests and cryptometric plantations that enhance the natural strong green color.

If I have to name a favorite spot on the Azores, it would be very difficult for me. I will point out Miradouro da Boca do Inferno, this place left me speechless, it is so impressive. It is so perfectly created by nature that when I visited it I felt like a luckiest man on earth. To have the opportunity to see this incredible view that gives rise to even more incredible emotions and to have no words in the world to describe this natural masterpiece.

The site offers a 360 degree panorama of the volcano crater that formed 22,000 years ago, as well as all the lakes in the area – Lagoa Rasa, Santiago, Azul and Verde including the Atlantic Ocean behind the hills. It is inevitable that you will be impressed with this place!

But how would I end my day in this paradise, if not in the most beautiful way? Namely with the incredible sunset from Ponta da Ferrariam, which is a spa with therapeutic water springs just meters from the ocean that have been used since the 15th century and all that lying atop volcanic shores.

Not to say that watching the sunset over the ocean is one of the supreme experiences. Such a pure and peaceful moment when you observe the beautiful shades of red and orange that naturally collide with the dark blue of the ocean and the black rocks of the volcanic coast. This creates an unforgettable natural idyll that you can enjoy endlessly. 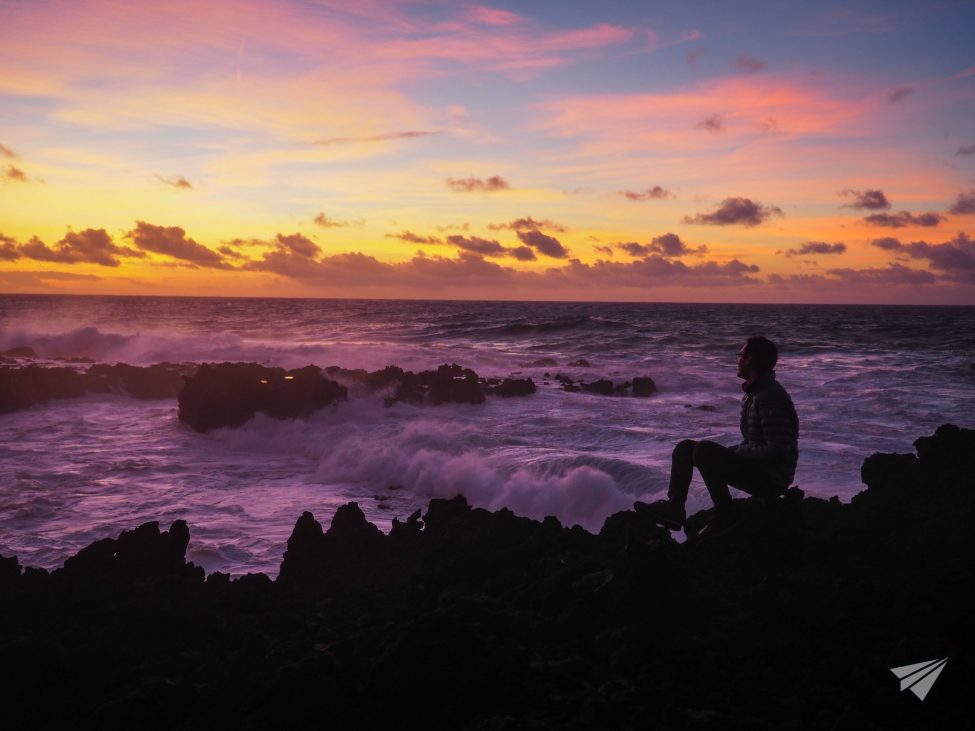 Learn more about the central and eastern part of the Azores.

The adventure of being a Portuguese #Azores 3 The Azores have an extremely diverse nature, attractions and more....

The adventure of being Portuguese #Braga Walking around northern Portugal, I had in mind several cities that I had...