If you were to ask me how much I knew about Scotland before landing at the Aberdeen International airport in September 2012, I would say nothing more than being able to point its location on a map. And with regards to Aberdeen – I didn’t even know the city existed before spontaneously deciding to jump into the unknown and spend 4 years of my student life there somewhat 3000 miles away from my family and friends. The city is located in the northern part of the east coast and is one of the biggest in Scotland along with Edinburgh and Glasgow. 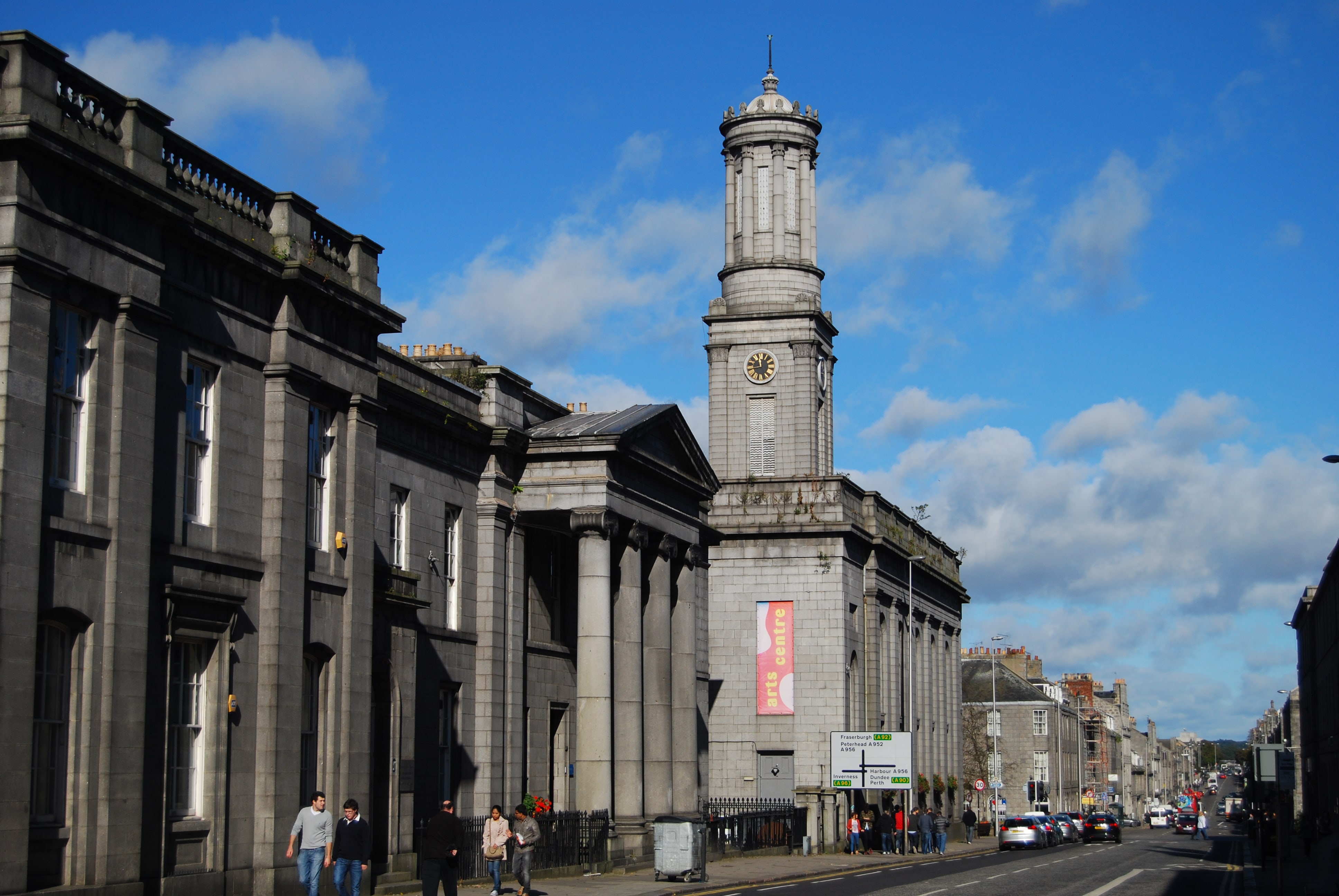 New impressions started piling up from the moment I got into a taxi on my way to the city centre. I realised that the traffic in the UK, unlike most of the rest of the world, was coming the other way only when the taxi driver noted that I had sat in his seat. Aberdeen is an industrial city and the first thing I noticed that’s missing is a well differentiated pedestrian area. Belmont Street is one of the few picturesque and quiet streets in the city centre. Some of the most popular night clubs and bars among students, restaurants and cafés are located there; on the last Sunday of every month a farmer’s market is being built on the street and local farmers sell their produce. There are several main streets where the traffic is really busy; the shopping area is almost entirely indoors. There are five different shopping centres build in close proximity to each other for a population of approximately 240,000 people. The bus station, the train station and the harbour are all located around the Union Square Shopping Centre. The harbour is one of the largest in Scotland and plays a crucial role in the oil and gas industry since large vessels with drilling derricks and helicopter platforms often dock there. Due to the industry flourishing over the past decades, the city’s heliport has become one of the largest and busiest worldwide. Aberdeen is also known as the “Energy capital of Europe”. 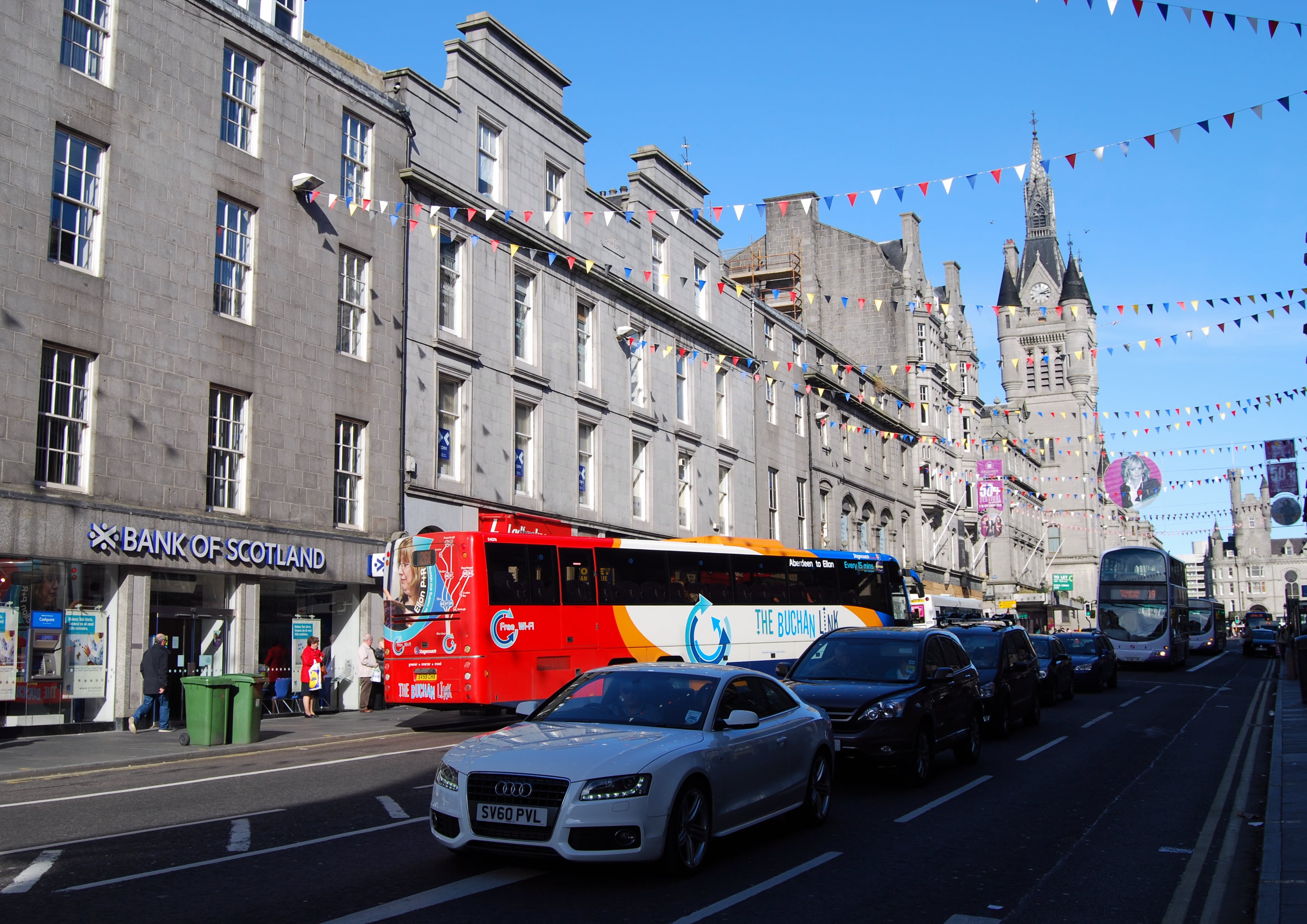 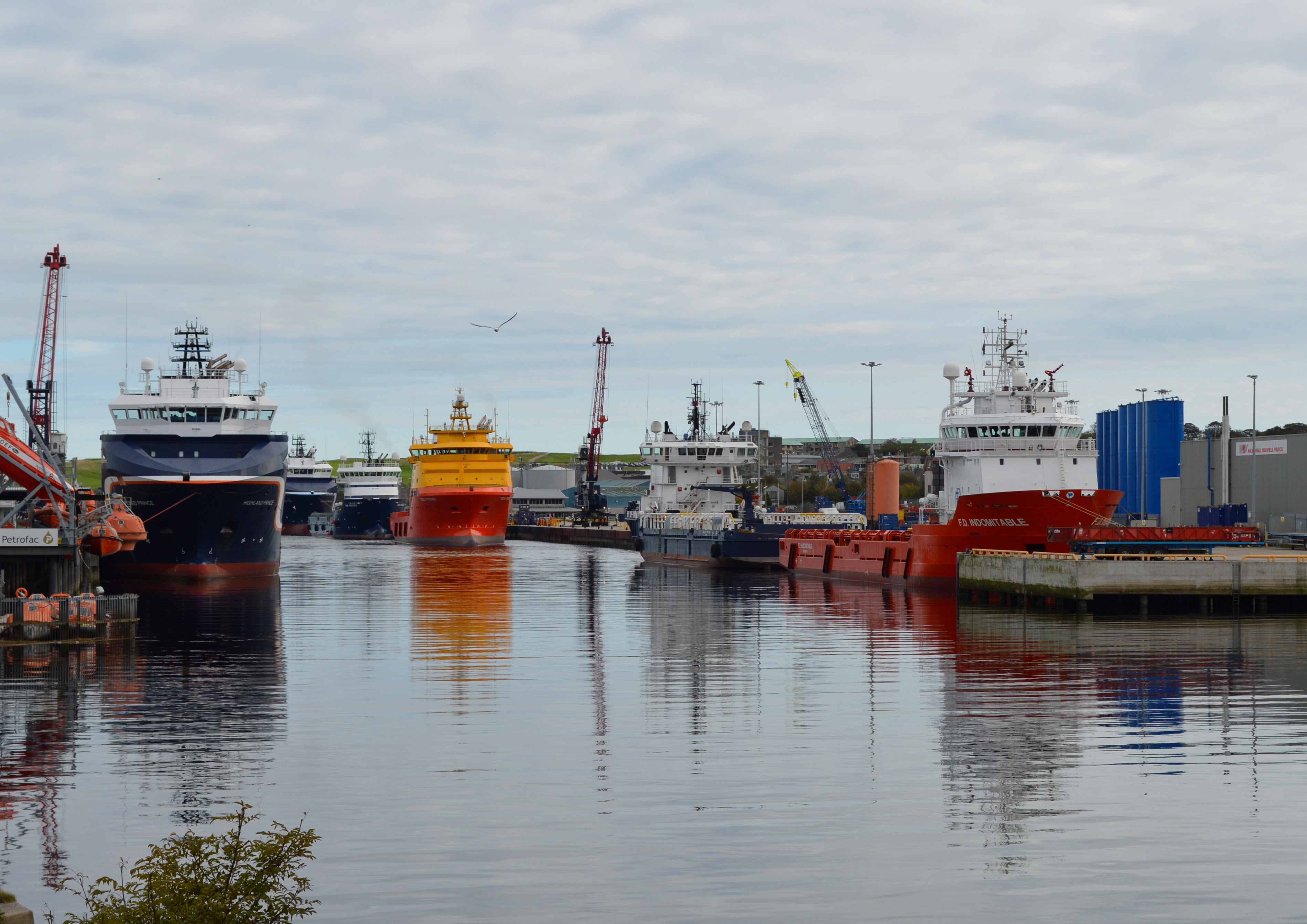 I completed my Bachelor’s degree in Immunology and Pharmacology with Bio-business in the School of Medical Sciences in the summer of 2016. I believe that the University of Aberdeen, established in 1495, offers very good conditions for anyone interested in this area of study in particular since it has a separate medical campus right next to the Aberdeen Royal Infirmary teaching hospital in the Foresterhill area. This part of the university is still expanding and offers many state of the art labs and equipment that allow for practical experience and research. The main campus is located in Old Aberdeen. Queen Elizabeth II visited the city one week after my arrival for the opening of the new Sir Duncan Rice library which quickly made it to the rankings of the “most impressive architectural achievements” and “most beautiful libraries” in the world. Another impressive building which belongs to the University is Marischal College. It is mainly used as the Aberdeen City Council headquarters, but part of it is also a museum. There is one more university in Aberdeen, Robert Gordon University, which was established in 1992. Both universities have officially established Bulgarian societies. The fees for higher education in Scotland are being covered by the government for all students coming from European Union member countries. 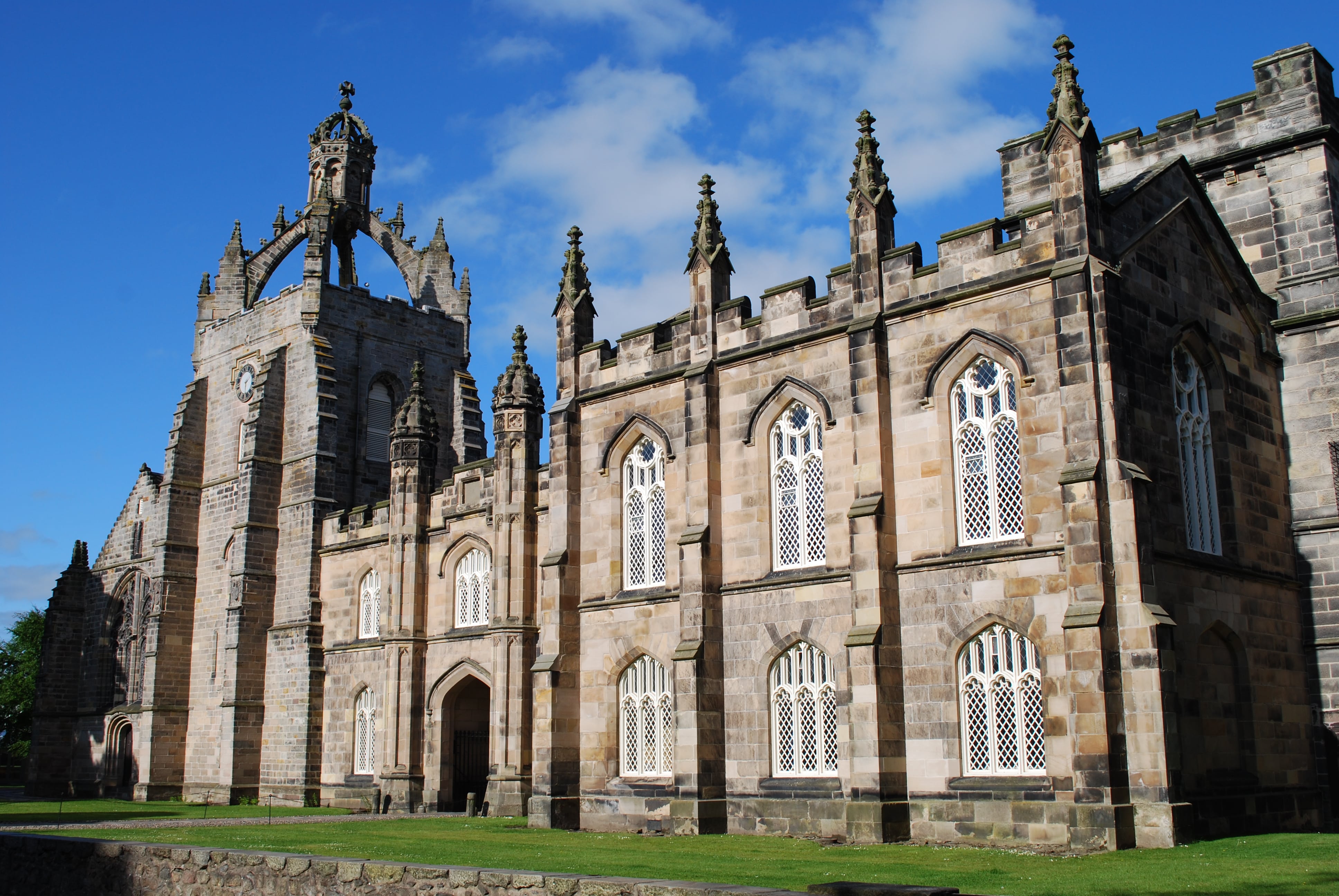 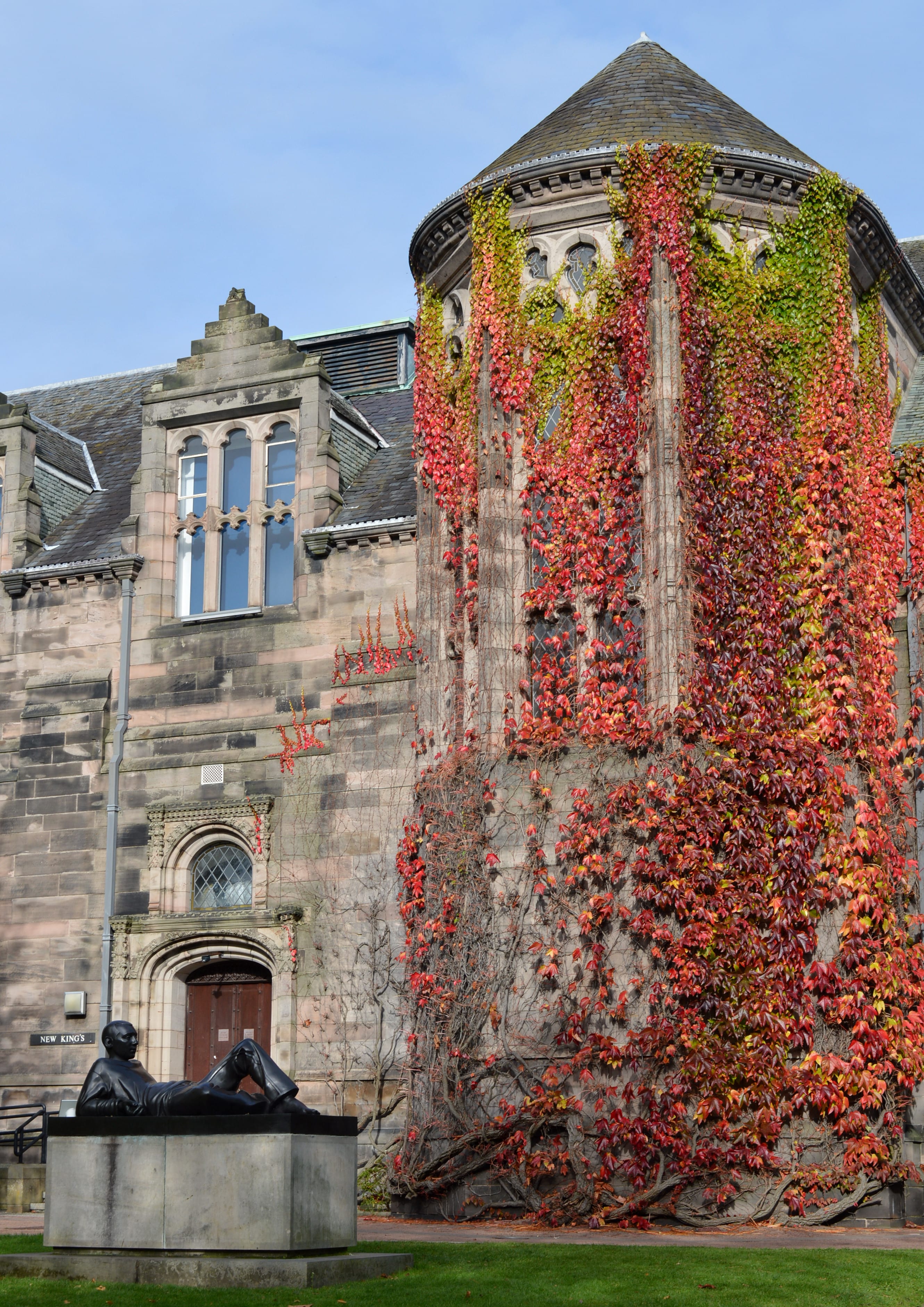 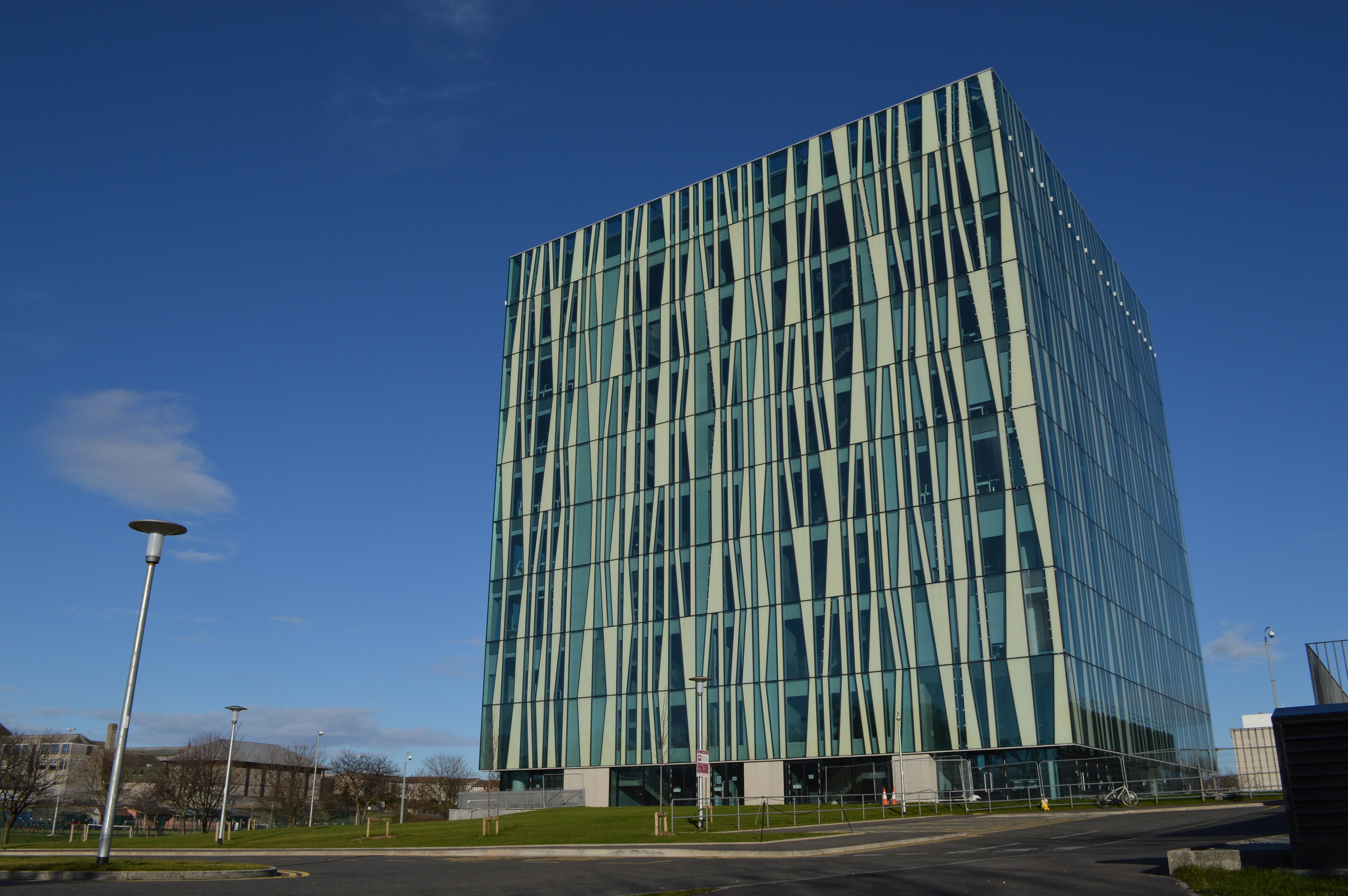 It definitely took me time to come round to the idea that the city is more than a boring, grey and unfriendly place at the end of the world. Aberdeen is also known as the “Granite city” due to the fact that the main construction material used for building the city is granite. The stone is suitable for the characteristic humid and windy weather in the area and does not require much maintenance. This is the main reason for the lack of colorful and ornamental facades or any balconies for that matter. The daylight during winter months is very limited. The shortest days in December are approximately six and a half hours long, but the cloudy weather contributes to an even more depressing feeling. For the first time last year I stayed in Aberdeen over the summer and was able to see the city with completely new eyes. The days in June are 17-18 hours long and it feels warm like spring and even summer outside. 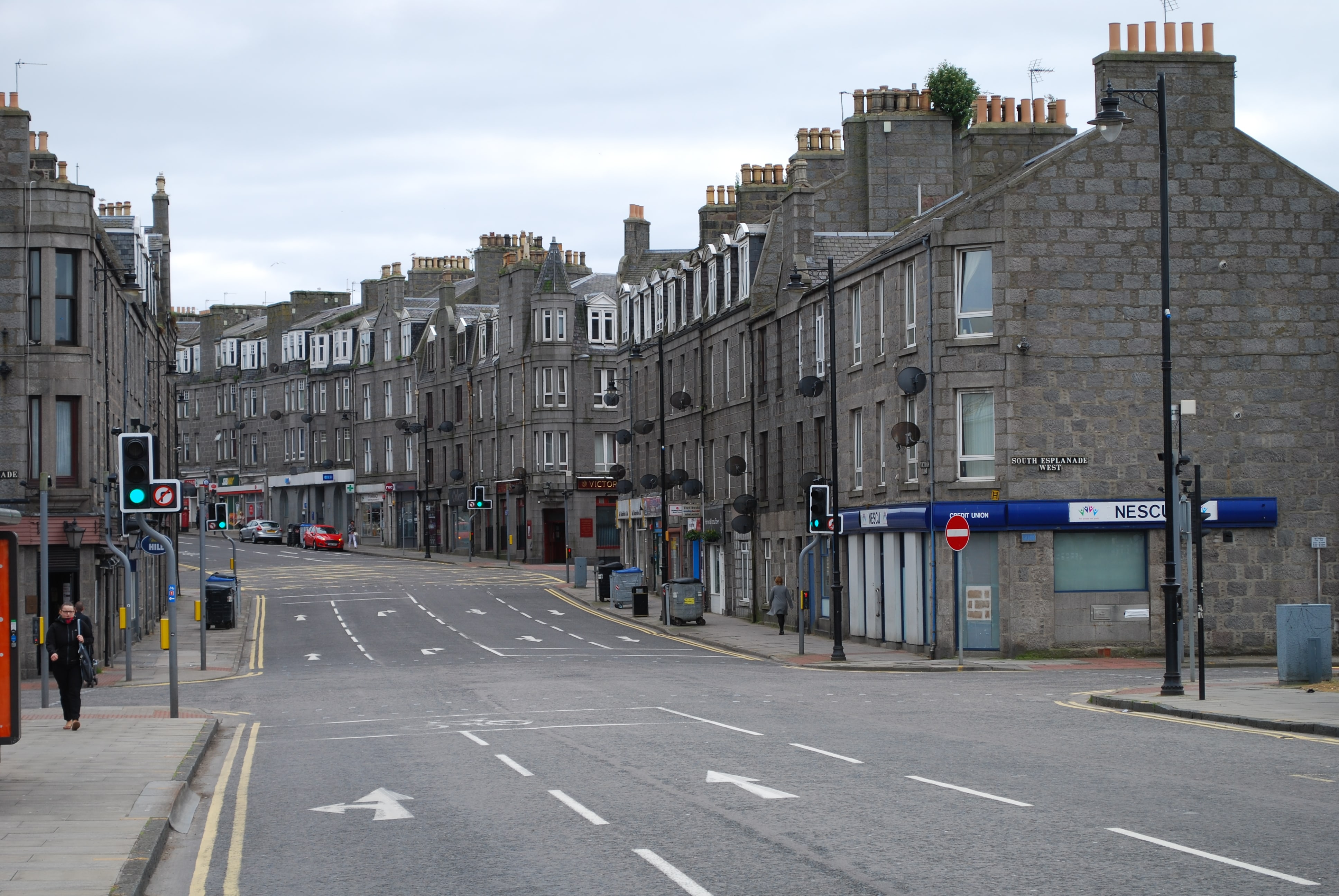 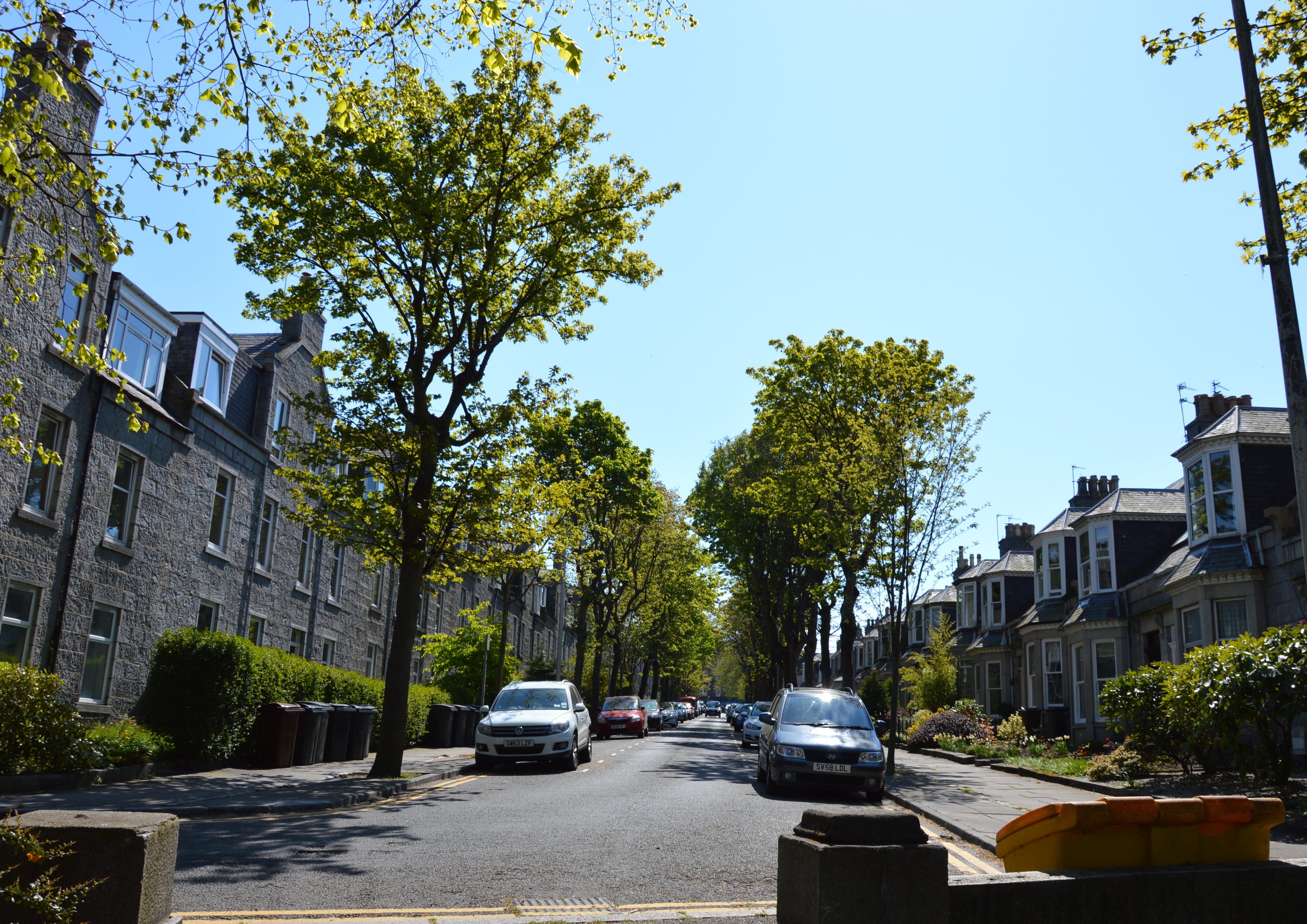 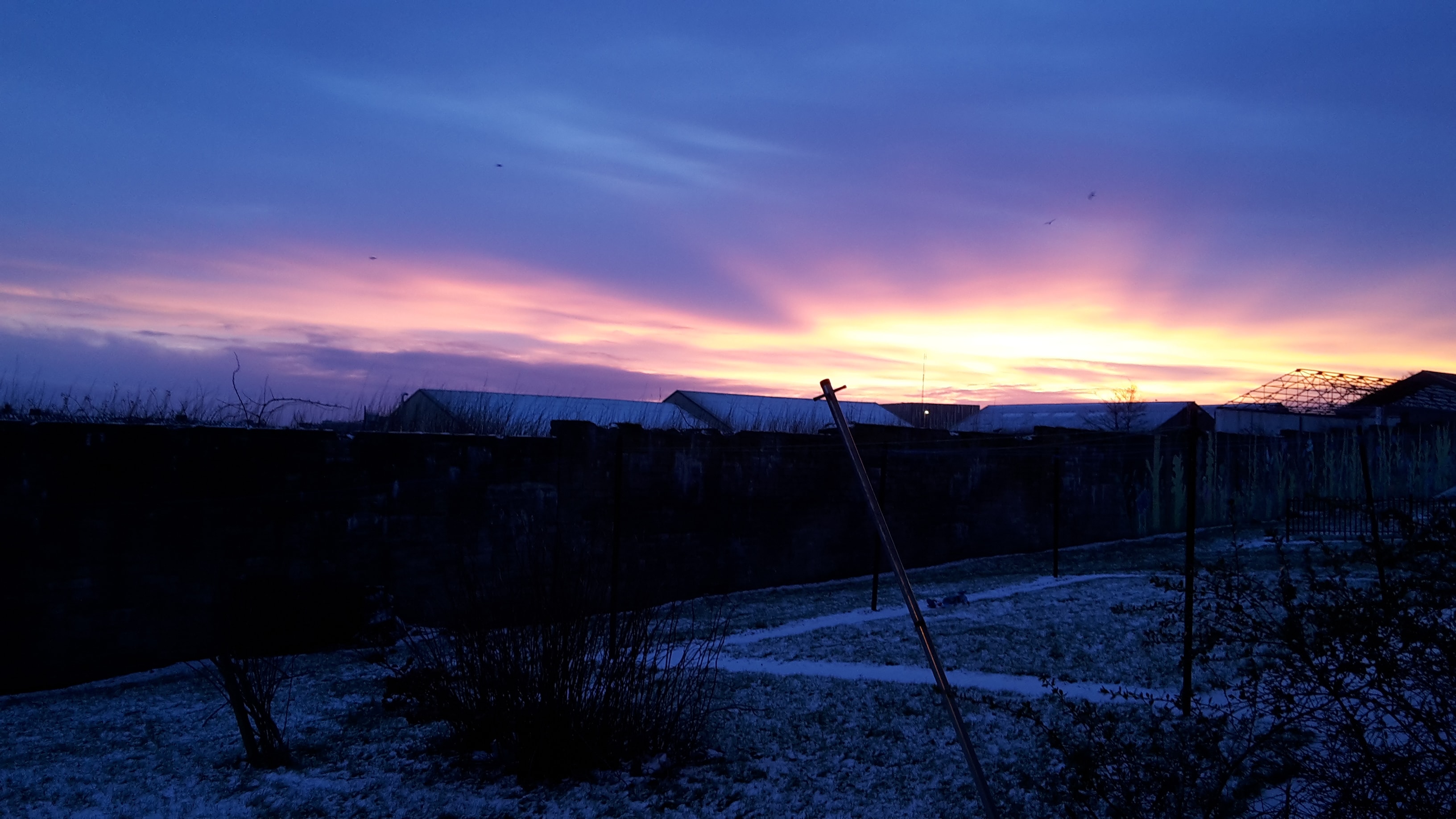 The city has a long sand beach which gives everyone easy access to the waters of the North Sea. Although the weather is not suitable for sunbathing, the area is great for walking around and running; the biggest enthusiasts even go surfing in the cold waters. Aberdeen is well-known for the golf courses and Pittodrie football stadium located nearby. Aberdeen Football Club is usually in the rivalry for first place with the Glasgow teams Celtic and Rangers in the Scottish Premier League. Not too far away from there can be found the Codonas Amusement Park which offers bowling, rides and attractions, console games and restaurants. One of my favourite places to go out for a walk is the old fishing area Footdee located in the south end of the beach close to the lighthouse of the harbour. It is also a perfect location to watch out for dolphins in the sea. 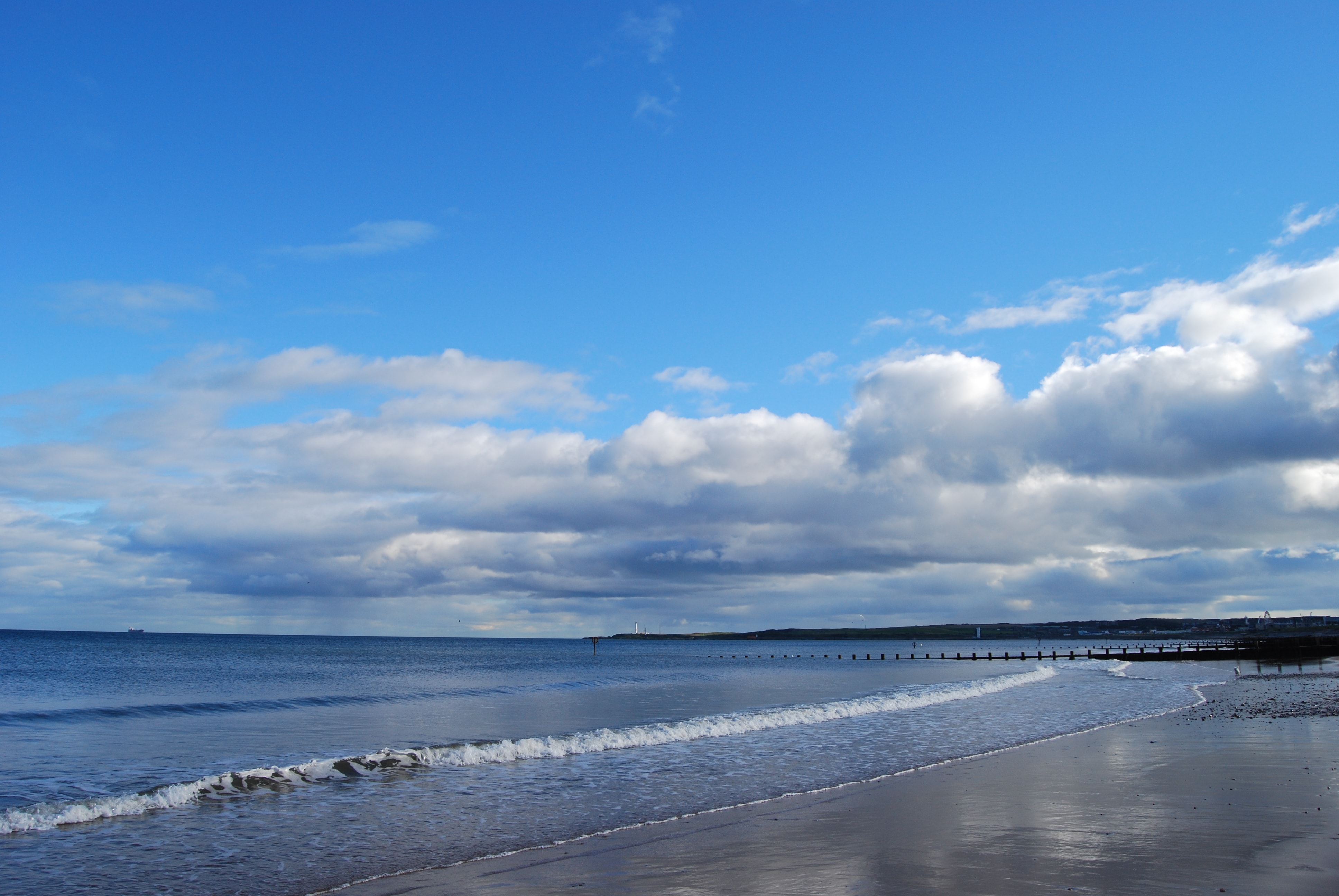 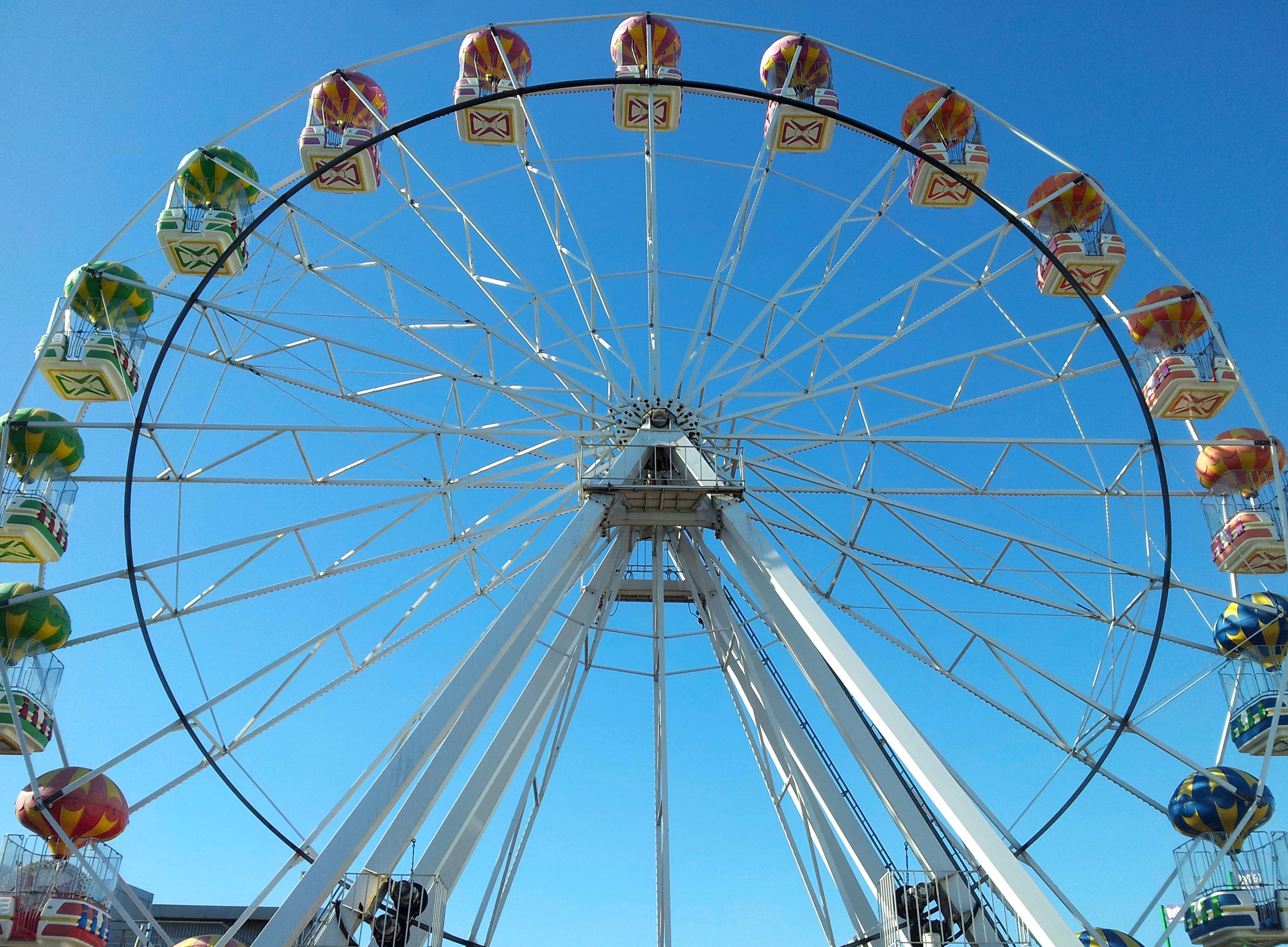 Among the other notable natural landmarks in Aberdeen are the rivers Don in the north and Dee in the south as well as Greyhope Bay and Nigg Bay. The rock formations there remind me of those on the Black Sea coast in Bulgaria. Starting from Nigg Bay there is a narrow panoramic coastal path which after an hour and a half or so of walking leads to one of the quiet suburbs of Aberdeen, Cove Bay. I loved spending some of my free time in the parks around the city; the main ones are Seaton, Victoria, Hazlehead and Duthie. One of the largest indoor botanic gardens in Europe, David Welch Winter Gardens, is located exactly in Duthie Park. Plenty of exotic plant species can be seen there all year round. The Aberdeen University’s outdoor botanic garden and Union Terrace Gardens are also great for taking a rest and walking around in the open during warm sunny days. 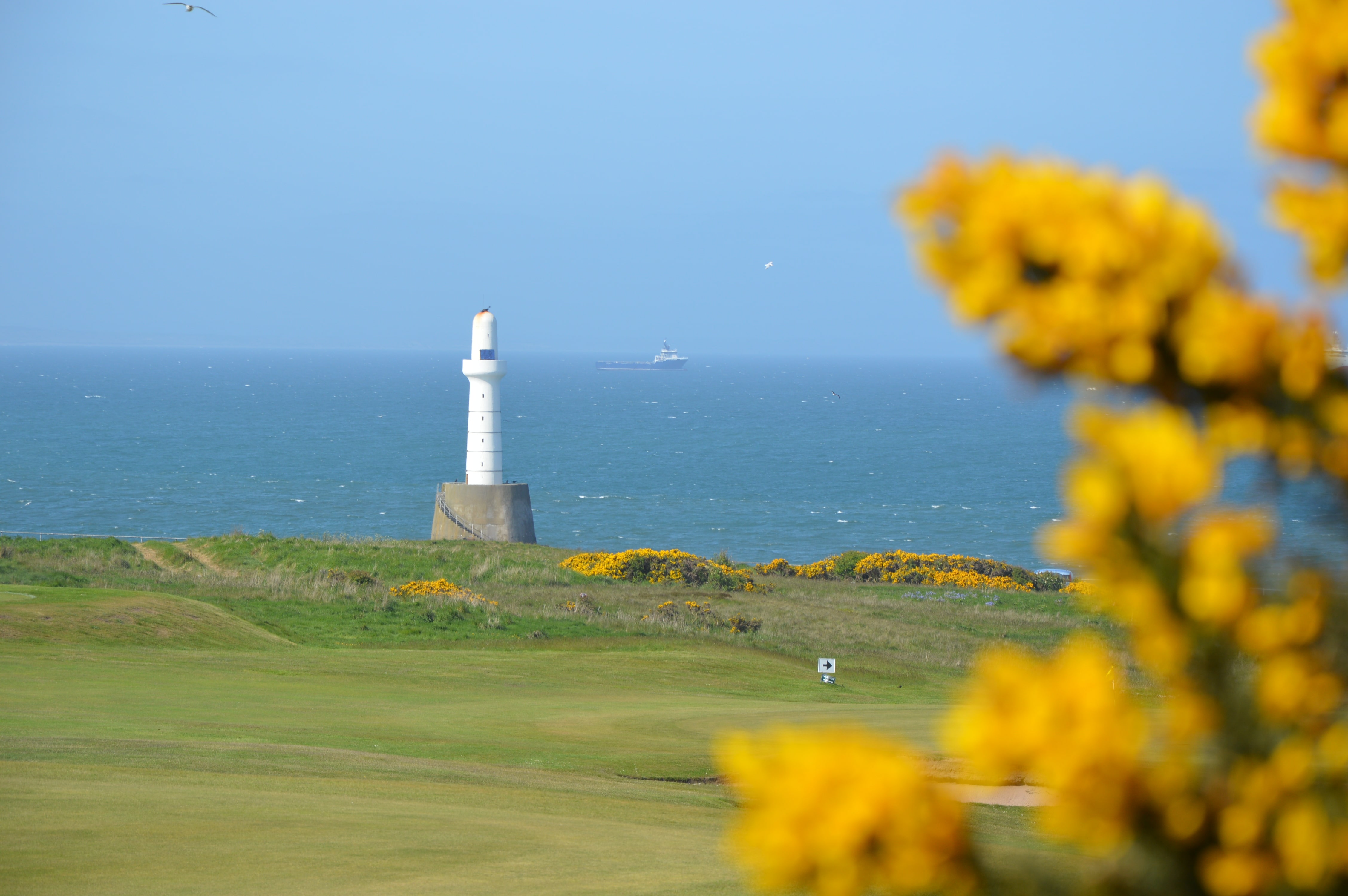 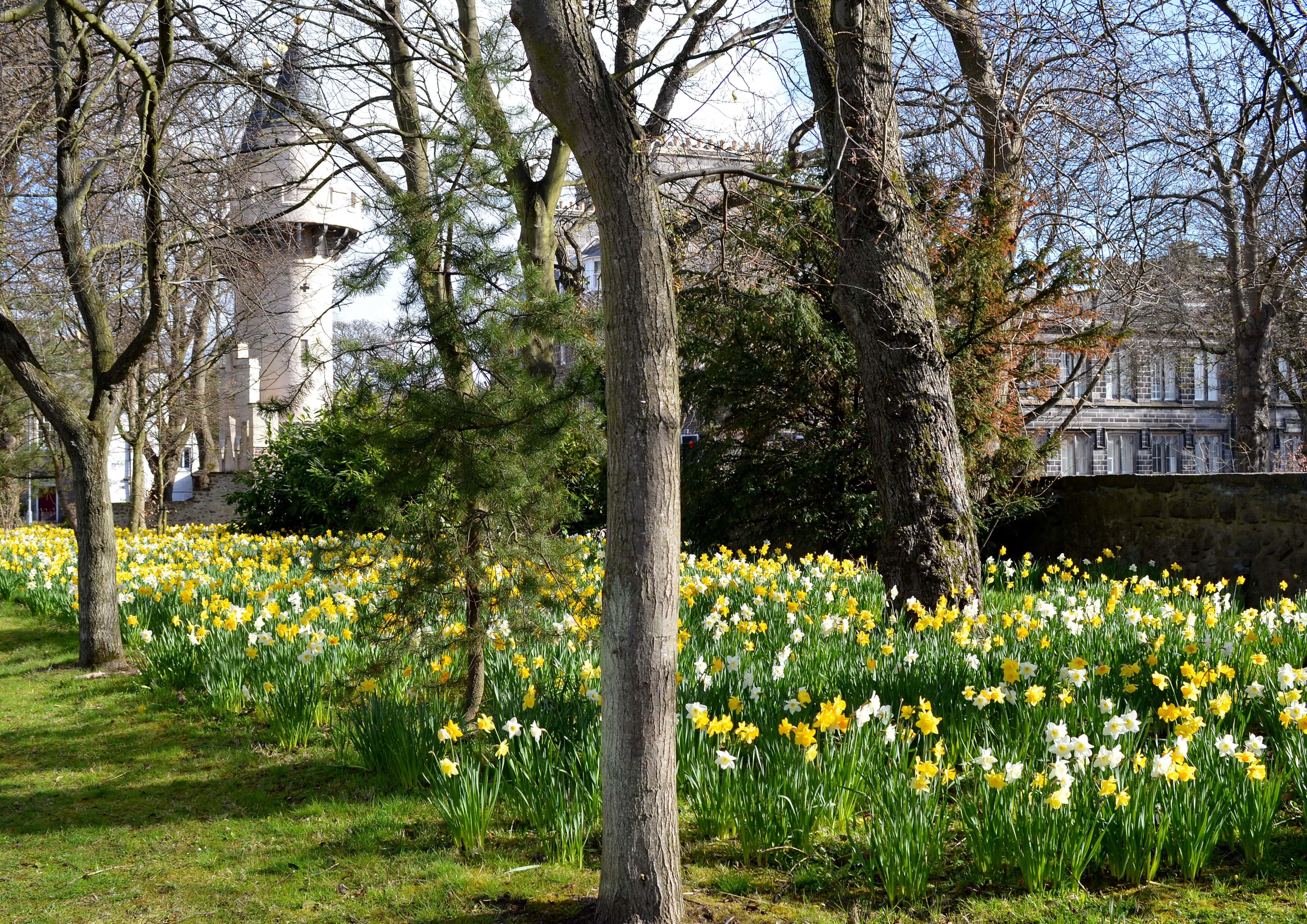 One of the main monuments in Aberdeen is the one of the national hero William Wallace located in front of the largest theatre in North East Scotland and in close proximity to the central library. The statues of the poet Robert Burns and the Scottish king in the period 1306-1329 Robert I are also among the main sights. The cemeteries situated near residential and municipal buildings in the city centre leave a particular impression to every newly arrived visitor. The Aberdeen Art Gallery, the Music Hall and the shared building of the Town House, Sheriff Court, a bank and a museum are some of the architectural landmarks of the city. Aberdeen also offers a good variety of concerts for its live music fans in the multifunctional Aberdeen Exhibition and Conference Centre. Big names from the recent past and the present choose the city as a stop in their national and worldwide music tours. There are also a number of cinemas in Aberdeen. I have visited the Maritime Museum a few times. It presents the history of the harbour and fishing, as well as the close ties of the city with the North Sea; there are expositions of ship models and present-day oil rigs. The whole harbour and the ferry which connects Aberdeen to the Shetland Islands in the north can be seen from the upper floors of the museum. 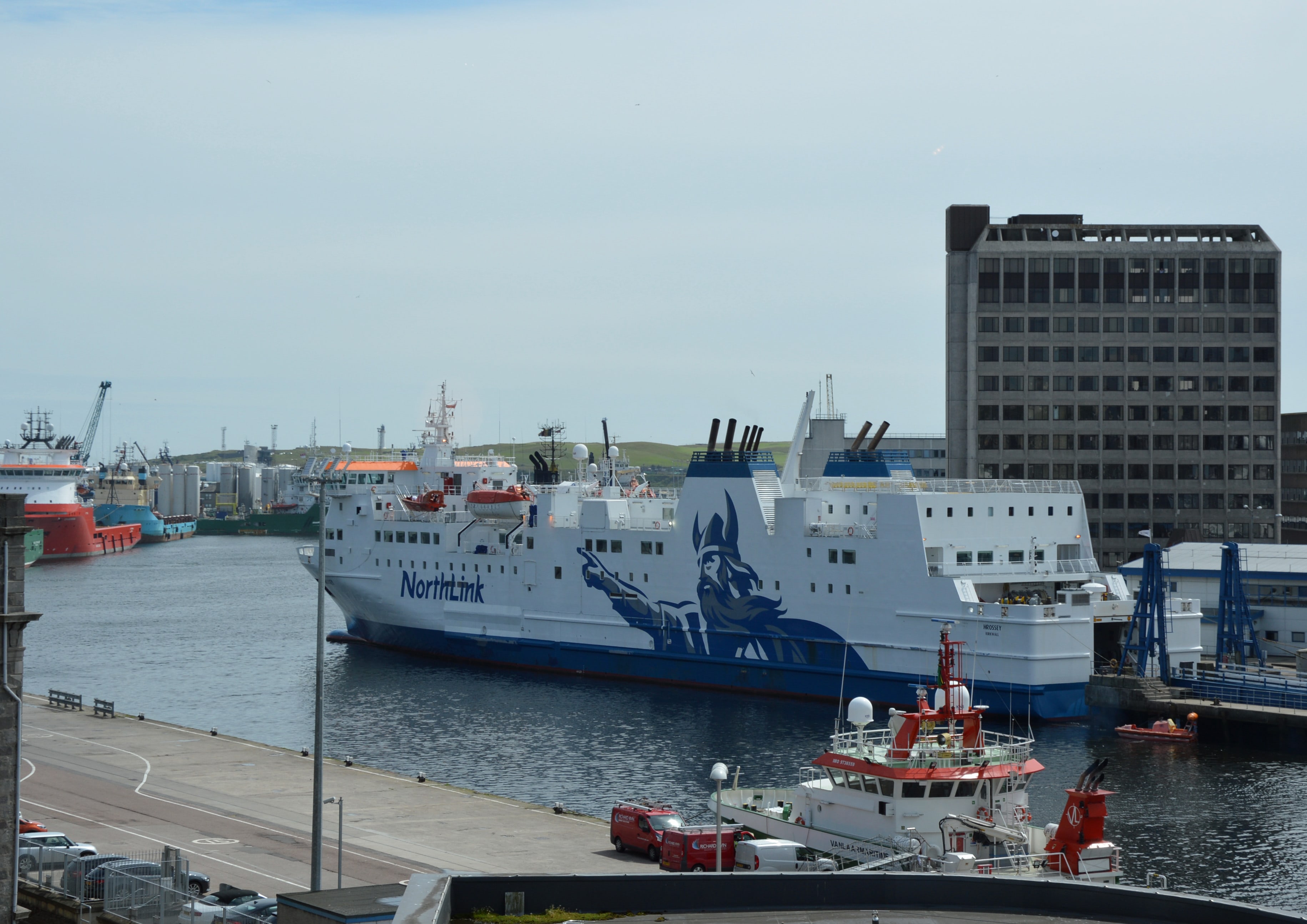 A major question the answer to which interested me from the day I arrived in Aberdeen was what the typical food of Scotland is. Unfortunately, there isn’t a very big variety of culinary achievements on offer. Black pudding; haggis which is made of sheep offal; Aberdeen Angus beef and fish and chips, of course, are the most typical dishes. Some of the more expensive restaurants offer smoked salmon. Porridge and the typical full Scottish breakfast which includes beans, sausages, bacon, black pudding, hash browns, eggs, mushrooms and toast are usually given for breakfast. Shortbread butter biscuits and scones go well with afternoon tea or coffee. Something I tried at the end of my stay was the popular among the natives buttery made from salted butter dough which looks a bit like a croissant garnished with jam. If all the suggestions for unhealthy food so far are not enough, you can also try the typical fudge which is made from sugar, butter and milk or travel to the nearby harbour town of Stonehaven and have a deep-fried Mars bar. Restaurants around Aberdeen offer mainly international cuisine from all over the world. Italian, American and Indian are the most popular. Burgers and beer are on the menus of the typical pubs. I personally am a fan of the craft beer produced by the Scottish brewery BrewDog. The country is also popular for its good whiskey. If you have enough free time, it is worth visiting one of the many distilleries near Aberdeen. All fans of fizzy drinks should definitely try Irn-Bru, an orange non-alcoholic drink with a taste that reminds me of sweet bubble gum which is considered by some as the second national drink of Scotland after the whiskey. 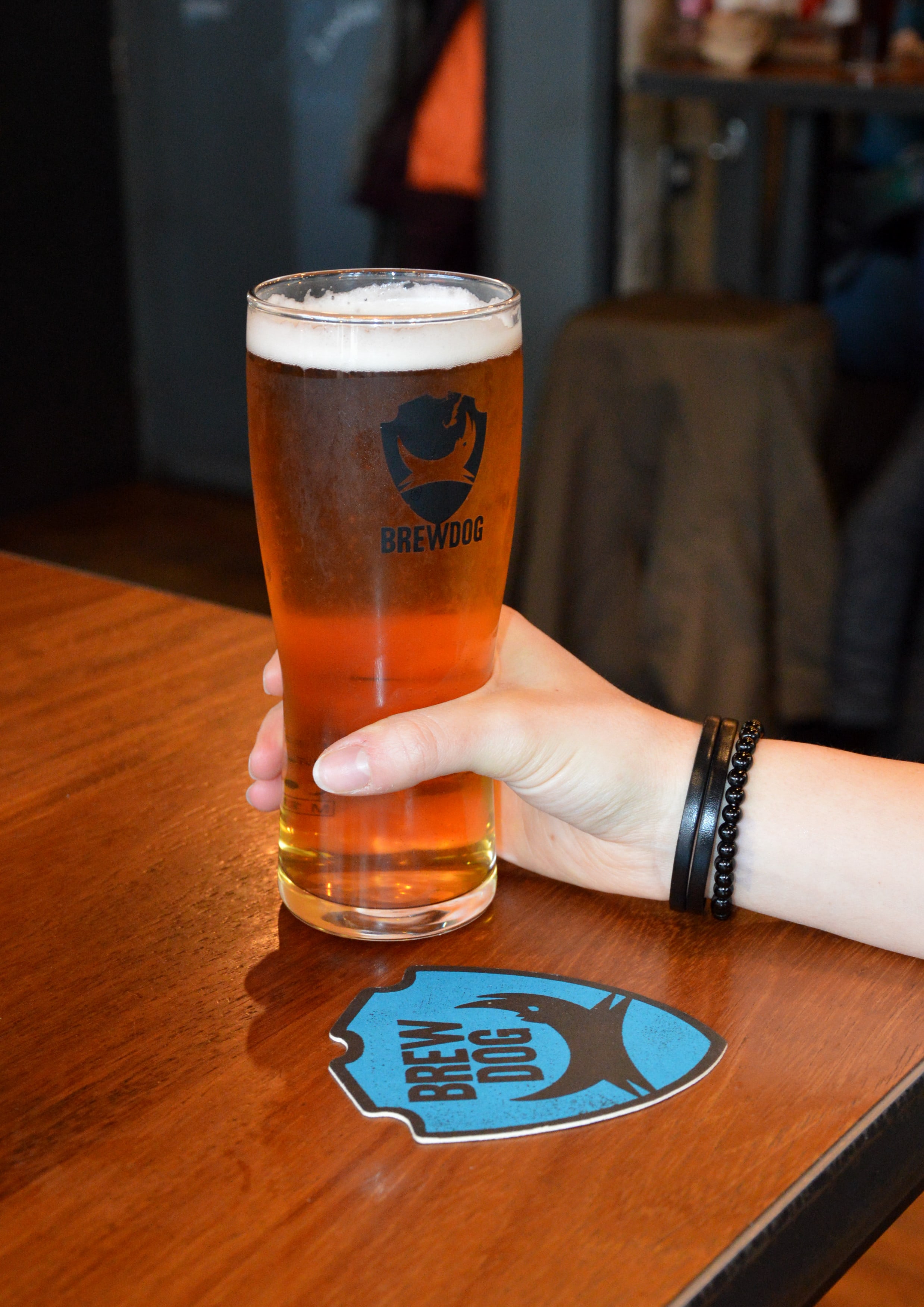 Last but not least, I would like to share with you 10 facts which impressed me during my four-year stay in Aberdeen.

Although from what I’ve written Aberdeen might seem like quite an attractive place to be, it was very difficult for me to adapt there. I had mixed feelings about it for a long time, but the people I met along the way made all the difference; they were my reason to consider the city as my second home for a while. Some of them left a lasting mark in my heart for which I am beyond thankful. All the bad memories are now forgotten, the good ones I will keep for a long time, and this very week I will be back in Aberdeen making new memories.

Follow Elia and her adventure in the United Kingdom here!

The adventure of being a Portuguese #Azores 1 If anyone had ever told me that one day I would go to the Azores, I...

The adventure of being a Portuguese #Lisbon 1 During the time I lived in Lisbon, I was fortunate to welcome many of...